As the decade with no name came to an end in December 2019, we found ourselves awash in all manner of evidence proving the terrible reality that had typified it: the fact that nobody, especially those charged with the task of running things, really knows or understands what the hell is going on. This is true both of good things and of bad things.

So here was a good thing in December: the jobs report. It was extraordinary, not only for the 266,000 new jobs it reported but for its upward revisions of the numbers from previous months. It also showed significant wage increases year-to-year, suggesting the income stagnation that has characterized much of the 21st century may finally have reached an end. Even more important, job growth and wage increases have come without any corresponding rise in inflation. And that, in turn, reveals just how officials in charge of our monetary policy relied on stale ideas and fell back on a conventional consensus that seemed driven more by policy entropy than an actual analysis of what was happening in the American economy.

Ramesh Ponnuru of National Review and Neil Irwin of the New York Times agree on this, a rare confluence of cross-ideological opinion. “The continuing strength of the labor market also lets us cast a retrospective judgment about the Federal Reserve’s policies over the last few years: They have been too tight,” Ponnuru writes. “If the Fed had believed we could have 3.5 percent unemployment without excessive inflation…we would have had lower unemployment, and higher wage growth, more rapidly than we did.”

Irwin echoes Ponnuru: “The mainstream view of the economics profession—held by leaders of the Federal Reserve, the Congressional Budget Office, private forecasters and many in academia—was that the United States economy was at, or close to, full employment.” But “as the economy continues to grow well above what once seemed like its potential, without inflation or other clear signs of overheating, it’s clearer that the old view of its potential was an extremely costly mistake.”

Irwin dates this convention-al belief about the inflationary dangers of low unemployment to 2015, which means the Fed has been unnecessarily restraining the economy for half a decade. Obviously this was not intentional. Fed officials would not have wished to interfere with the good working order of the economy; they want it to provide prosperity just like everyone else and were acting out of concern that the prospects for prosperity would be damaged if they did not act cautiously.

The problem was that, unlike everyone else, they had the power to interfere with growth. However well-intended they might have been, they got it wrong—and the consequences of their actions have been, well, consequential. Lost wages and job opportunities can’t simply be restored as though nothing had happened. We cannot know what effect their absence may have had not only on national financial well-being but the national mood during a decade in which the American people have been undergoing a spiritual crisis exemplified by the nightmarish spike in “deaths of despair.” But it’s not negligible.

And here was a bad thing in December: A Washington Post investigation into an internal Pentagon report completed in 2014 on the war in Afghanistan revealed just how entropy came to dominate the proceedings. We were and are there because we were and are there. Rationales for ramping up our forces and ramping down our forces came and went as well, as did the forces themselves. Rationales for why we were there came and went as well. The only constant was the sense—the correct sense—that we couldn’t permit a defeat. But somehow the people in charge of our strategy across two decades from presidents on down never really had a strategy—and what is particularly shocking in this internal report is that they say as much. We never quite understood what exactly we were fighting for or what kind of society we were attempting to help build or strengthen in Afghanistan. The fighting men and women we’ve sent there have done everything we asked of them and more. But they were being led by people who could not define victory or even an endpoint.

Throughout this young century, the sense that the people who run things in America have no idea how to do their jobs has only grown. In this decade alone, we’ve seen the creation of a new government-run health-care system with a price tag of $1 trillion that proved comically unable to launch a working website. We saw a Supreme Court decision on Obamacare that declared its central mandate a tax on page 35 when, on page 15, it had denied it was a tax and said it was a mandate. We saw an Obama administration declare al Qaeda dead and run an election on that basis only to see the rise of ISIS in its stead a year later.

We saw a Republican Party and its leadership confident that it could outlast a second-rank TV celebrity candidate get mowed down by him as they stood by—their impotence revealed, their understanding of their own electorate exposed as cliché-riddled and even delusional. And a decade after the financial meltdown, venture capitalists and investors alike continue to be gulled by factitious visionary entrepreneurs whose genius appears to be incepting pie-in-the-sky ideas that separate very rich people from billions of dollars they don’t know what to do with.

The media companies whose primary task it is to offer us a realistic and fact-driven portrait of the world around us have demonstrated they can’t even offer themselves a realistic and fact-driven portrait of the business they are in. Facebook says jump and they say how high. Facebook says pivot to video and they invest tens of millions of dollars in video—only to have Facebook say, sorry, the pivot to video is over. The mad rush to use social media to save themselves from the technological changes that had slashed their profit margins only hastened their decline. How, then, are we to imagine these organizations can properly evaluate the good working order of any other enterprise?

The media, the government, the venture capitalists, the courts, the Fed—as the beleaguered Casey Stengel said of his own New York Mets in the first year of their existence when they won 40 and lost 120, “can’t anybody here play this game?”

In his marvelous new book, A Time to Build, Yuval Levin argues that the decline of American faith in the institutions that undergird this country has had and will continue to have calamitous ramifications. At the same time, the crisis of the institutions is almost entirely the result of their decay; people lose faith in them because they did not deserve the faith with which they had been entrusted. When the largest religious denomination in America, the Catholic Church, sinks into moral quicksand owing to its refusal to police and punish and purify its own clergy for taking sexual advantage of children, what part of the institutional structure of the Church is left for its adherents to believe in?

All this pales before the most disastrous failure of our time, the financial meltdown of 2008. Not only had the federal government encouraged the loosening of lending standards without considering the potential consequences; not only had the Fed effectively seduced Americans to drain the equity from their homes and use it to buy consumer goods that lost most of their value the minute they were bought; but financial entities that were supposed to be stewards of the nation’s wealth instead became generators of debt. And the mediators that supposedly existed to prevent irresponsible and suicidal investing strategies—prominent among them the Big Six accounting firms and the Securities and Exchange Commission—became rubber stamps and ceased serving as impartial auditors. In these cases, the institutions upon which we relied didn’t just become ineffectual, they did catastrophic harm.

The 2010s therefore became the decade of reckoning. Americans lost faith and trust in the system because the system had demonstrated, and continued to demonstrate, it was undeserving of faith and trust. And so there arose an anti-politician whose entire worldview was based on a lack of faith in institutions and a complete distrust of elites. Trump’s somewhat nihilistic worldview was far more appropriate for the moment, and for the decade, than that of his 2016 rival, the most relentlessly pasteurized and homogenized example of the American leadership class ever to seek higher office. Hillary Clinton checked every box on the list. Once, that would have been more than sufficient. But the list itself had been discredited.

We enter the next decade in a perplexing national condition. Unemployment is at historic lows. The markets are at historic highs. In recent polling, 57 percent of the American people say they are better off than at any time in the past decade. And yet this is anything but an Era of Good Feeling. It is not morning in America. We have not returned to normalcy. We remain unnerved. We had no desire or hunger to witness it, but we have seen the man behind the curtain, and he was a sight we cannot unsee. 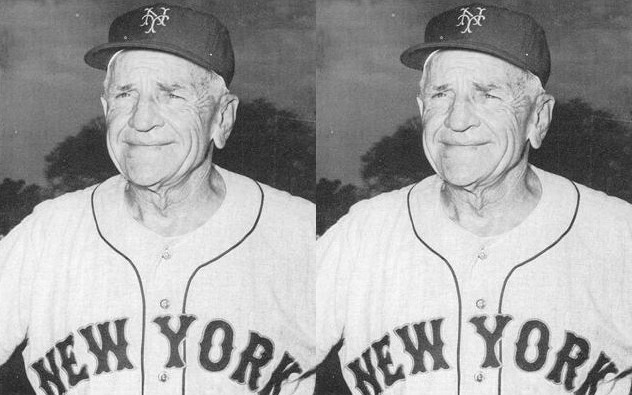