Mark Twain said that history doesn’t repeat itself, but that it often rhymes. We’re rhyming today with the late 1970s, in uncanny ways. To take the most obvious: Inflation is on the rise and is about to skyrocket due to a disruption in the global oil market, just as was the case in 1979. Crime is on the rise as well.

There are other parallels. But history is moving faster.

History: In 1975, the United States bugged out of Saigon and seemed to be embracing a full-scale retrenchment from its role in the world. Four years later, at the end of 1979, Moscow invaded Afghanistan.

Rhyme: In 2021, the United States bugged out of Kabul, producing images horrifyingly similar to those of April 1975. A mere six months later, Moscow invaded Ukraine.

The 1979 invasion of Afghanistan was a hinge moment. It reawakened America to the existential threat posed by the world-dominating ambitions of the Soviet Union. And it came as a terrible shock to the sitting president, who had centered his foreign policy on an arms treaty with the USSR that he viewed as so essential, he had agreed to enshrine Soviet numerical superiority when it came to the number of nuclear warheads.

After the invasion, Jimmy Carter notoriously said he’d learned more about the Soviet Union in a week than he’d learned in his lifetime—a sentence that, in retrospect, crystallized the reasons for his humiliating 10-point defeat at the hands of Ronald Reagan less than a year later.

In 2022, the idea that Vladimir Putin’s Russia would actually roll the tanks and march the soldiers across the border into Ukraine seemed so irrational and peculiar to the Western consciousness that most of us—and in that “us” I would even include the heroic Volodymyr Zelensky—were living in a kind of weird haze of disbelief and denial that it could even happen.

And the surprise Jimmy Carter had felt in 1979 was as nothing compared to the shock wave across Europe in 2022. It took the United States three years to double its defense budget after the Soviet invasion. It took Germany three days. German Chancellor Olaf Scholz announced his country would increase its defense spending from 47 billion euros to 100 billion euros 72 hours after the Russians crossed the Ukrainian border.

History. Speeding up. And rhyming.

Will this be a hinge moment in history as well? If so, the rhymes of history may be heard in the surprising present urgency of neoconservatism.

Throughout the 1970s, the band of writers and thinkers who came to be known as “neoconservatives” had taken defiantly unfashionable positions when it came to matters of defense and foreign policy. The neoconservatives opposed negotiations and treaties with the Soviet Union, which they considered a great evil. They reviled the United Nations for its “Zionism is racism” resolution at a time when the UN was almost sacrosanct (millions of little boys and girls across America, including me, had proudly toted orange tzedakah boxes on Halloween to raise money for UNICEF). And they feared that the United States had, in the wake of Vietnam, undergone what a 1975 symposium in this magazine called “A Failure of Nerve” that would have global consequences.

The general opinion among the American cognoscenti was that the neoconservatives were hysterics and vulgarians incapable of seeing shades of gray. A more mature sense of the world’s complexity was supposedly represented first by the hard-won realism of the establishmentarians who had embraced the policy of détente with the Soviet Union—and second, by hipper foreign-policy thinkers whose worldview was encapsulated by Carter’s May 1977 declaration that America had gotten over its “inordinate fear of Communism.”

Then came 1979. The year began with the Iranian revolution engendering an oil crisis. By the end of the year, Iran’s fundamentalists had taken 52 American diplomats hostage as crowds chanted “Death to America” in the greatest public humiliation the United States had ever experienced as a nation. A thousand miles from the U.S. border, Nicaragua fell to a puppet guerrilla army of the Cubans and the Soviets while a similar puppet force was threatening to do the same in El Salvador—thus potentially creating a Soviet-friendly anti-U.S. bloc on the American subcontinent.

Suddenly the vulgarity of the neoconservatives didn’t seem quite so vulgar. But they remained prophets without much honor in the quarters in which they had traveled for most of their adult lives. Both the old and new establishments were largely impervious to the way history was vindicating neoconservative warnings and fears.

Thus began the integration of the neoconservatives into the conservative movement and the Republican Party by Ronald Reagan, who became the dominating figure in both in the 1980s. What they brought to Reaganism was one simple policy approach: deterrence.

This magazine was the epicenter of foreign-policy neoconservatism. Irving Kristol’s magazine, the Public Interest, was dedicated to domestic-policy neoconservatism. COMMENTARY hammered home the flawed ideas of the prevailing consensus on world order. The Public Interest did the same on matters ranging from housing policy to urban policy to energy policy to criminal justice. What they had in common was this: Neoconservatives believed that the purpose of government was both to defend and protect our liberties from threats at home and abroad. How could this best be effected? Deterrence.

If the greatest threat to our liberty abroad from the end of World War II until the end of the Cold War was the Soviet Union, the best and only effective way to face it down was to work to deter its ambitions and its influence. You could not do so by entering into agreements with it. You needed to match its aggressions with countermeasures that would make those aggressions costly.

If they invade Afghanistan, you arm the Afghan rebels. If they seek beachheads in the Americas, you arm the Nicaraguan rebels even as you support the El Salvadorean government against that country’s Communist rebels. Install medium-range nuclear missiles in Europe to counteract the huge Soviet military presence in the East. The ultimate move in this regard was the Strategic Defense Initiative, which sought to use American ingenuity and scientific knowhow as a countermeasure against the Soviet nuclear arsenal.

These policies were wildly controversial, even though their aims were actually rather modest: Pin the bad actors down and raise the cost of their bad conduct to unacceptable levels. But for those who believed the best way to deal with the Soviet Union was to imagine that it was not an enemy or even an adversary but simply a nation with a different approach to things with which we could still do business, the neoconservative notion of matching Soviet moves pawn by pawn seemed openly belligerent and crazy.

Domestically, deterrence was achieved by countering the worst human impulses through the proper use of defensive protocols that would prevent the bad behavior from taking place. Contain the impulses and you could let everybody go on with their lives. In practical terms, that meant eyes on the street and cops on the beat.

There had been a policy revolution in the 1960s known as “911 policing” that essentially changed the nature of policing—cops were to respond to crimes after they happened, to wait for the call after the violence had been done. It was the domestic neoconservatives who laid the groundwork over more than 20 years for the crime drop that changed America for the better beginning in the early 1990s. Every one of the ideas they presented—broken-windows theory, COMPSTAT-driven deployment of police forces—was designed to enhance deterrence. So too with the way America dealt with wrongdoers: It criticized the movement toward more lenient sentencing because it limited the deterrent effect of punishment, even going so far as to say it would be dangerous to eliminate the death penalty because without the ultimate sanction all other forms of punitive incarceration would gradually be compromised.

Deterrence in domestic matters went beyond crime. The general proposition that good policy largely involved containing dangerous human impulses meant also grappling with the unintended consequences of well-intentioned social policy gone awry—as when cradle-to-grave welfare made it a benefit to be a single parent. The problems brought about by welfare policy also led to revolutionary changes no one really believed would ever take place, such as the welfare reform Bill Clinton signed into law in 1996—just as no one really believed the Soviet Union would collapse or that crime would drop by 80 percent.

It turned out that deterrence was not only simple but very powerful. And very practical. But the criticism persisted even as deterrence showed its value. Take stop-and-frisk, the most controversial policing behavior during the crime-drop period. It was ground-level deterrence at its most basic. It warned you not to carry a gun if you don’t want it taken away from you and don’t want to get arrested for possessing an illegal firearm. And second, it removed the gun from circulation before it could be used. Nonetheless, stop-and-frisk was largely eliminated. Now, with the crime surge in New York City and elsewhere, it’s coming back. But with a new name. Because history rhymes.

That was the hardest pill of all for the cognoscenti to swallow, because they did not believe that the United States was good—and their moral frame was much more about restraining American ambitions rather than the ambitions of those who would do ordinary Americans harm.

Deterrence is what America lost in the years before Vladimir Putin took the gamble of going into Ukraine, and it is deterrence we need to restore. That is why this is a neoneoconservative moment.

And one of the reasons Twain was right about history not repeating itself but rhyming instead is that the key foes the neoconservatives face when it comes to the moral frame of deterrence—the idea that America is and should be a force for good—are no longer hip liberals but rather “traditional conservatives” who have taken their place as the leading anti-American voices of our time.

And we will prevail over these anti-Americans just as the neocons of the 1970s defeated the cognoscenti of their day, because our approach is right and our cause is just. 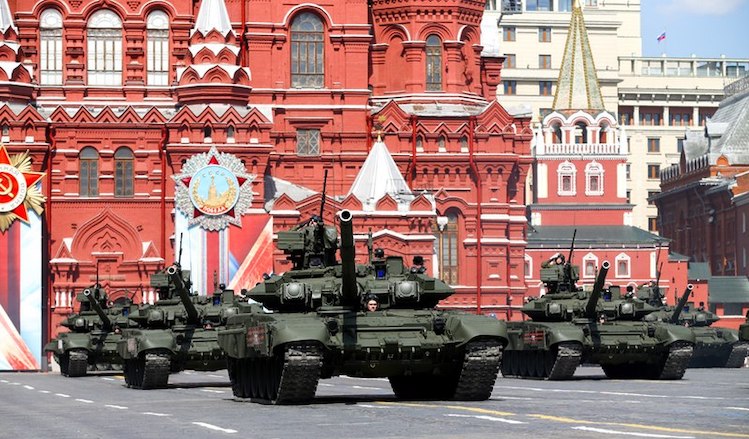