The word “irreplaceable” seems to be most often deployed in a sentimental way at the end of someone’s tenure to describe people who are, in fact, eminently replaceable—take, for instance, the now-ousted CNN honcho Jeff Zucker, whose time at the network led to a net loss of 30 percent of its most desirable audience. This makes him not only replaceable but easily outdistanced.

Which is why it’s meaningful that the best and maybe the only word to describe the late Terry Teachout, when it comes to this magazine and his role in it, is “irreplaceable.” It is literally true. He will not be, and cannot be, replaced as COMMENTARY’s critic-at-large, the position he held on our masthead from the beginning of my tenure as editor in 2009.

There is no one in America, or anywhere else in the Anglophone world, who could possibly combine his vast knowledge of the arts both high and low with the ability to generate a work of analytical and critical value every single month. There is no successor who could produce a piece on the British composer William Walton, then one on Tom Stoppard, then Nat King Cole, then Frank Sinatra’s arranger Nelson Riddle, then film noir—after which he could seek to answer the question of why there are so few black classical musicians before turning back to the value of movie theaters and the star power of Clark Gable.

His horrific and untimely passing at the age of 65 would itself have made for a fascinating article by…Terry Teachout. What, Terry might have asked, made Terry Teachout irreplaceable?

I say that’s how he would have put it because his pieces had a remarkably common structure to them. Terry would begin, in effect, by asking why on earth he was even bothering to write the article you were reading.

Why would it be of interest to you to spend a few thousand words reading about Clark Gable? Or Robert Mitchum? Or Mike Nichols? Or John Huston? Who were these long-gone people anyway? If they are well-remembered, why? And if they are largely forgotten—as was the case with, say, Oscar Levant, the subject of one of his best columns—what was it about them that caused their light to dim?

He always came up with interesting answers. But while Terry was not a modest person at all—he knew with a kind of cool confidence that he was a singular talent—he was actually unaware of the ultimate answer to his “why should you read about X now” question. And that answer was: It was worth reading because he was the one writing it.

Terry Teachout could have written about chewing gum and made it interesting, because he could convey the thing that was of particular interest to him on almost any subject with a kind of infectious but always calm enthusiasm. He was not given to superlatives, but the very fact that he found a subject worthy of his attention constituted a superlative of its own.

As the many tributes written to him upon his nightmarishly untimely death have made clear—including the beautiful one by Bruce Bawer that appears in this issue—Terry was extraordinarily unusual in his professional kindnesses, collegial courtesy, and appreciation of the works of others. But unlike many who spend their lives as critics, he was never a suck-up and he was never a patsy. He believed in the value of art, and he believed in being honest with his readers. He never lost sight of his responsibility to uphold one in service of the other.

And that, dear reader, is the most irreplaceable quality of all. 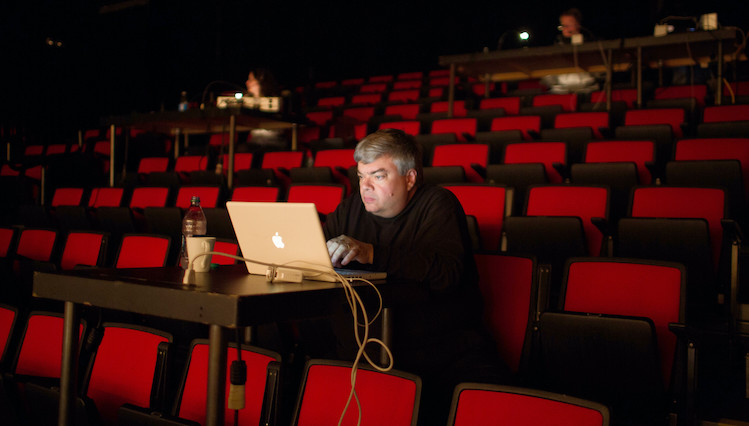