In the United States, the nation’s adult citizens are sovereign. We do not work for the president or the government. They work for us. In the system invented by the Founders, we hire politicians and civil servants to help run things. Sometimes the hiring is direct, as it is through elections. Sometimes it is indirect, as it is when the officials we elect come to agreements to spend money collected from us in taxes to employ people who then carry out tasks large and small. From defending the country from threats foreign and domestic to tending our parks or picking up our refuse, the elected and unelected in public jobs are our employees.

This is not a fiction, though people who don’t like the way our politics is going or the way the federal government is behaving at any given moment always argue it is. When Democrats hold sway, Republicans are certain popular sovereignty is a thing of the past. With Donald Trump in the White House, we are told on an almost hourly basis by writers and thinkers who have mistaken operatic melodrama for dispassionate political science, our republic has reached its end-times. The president himself has recently chosen to play into this perception by saying genuinely stupid things like, “When somebody is the president of the United States, the authority is total, and that’s the way it’s got to be.”

Now, even those who think America is finished because it had the temerity to refuse to employ Hillary Clinton in 2016 know that Trump has at best a 50–50 chance of not being fired in November. By definition, this means authority is entirely conditional, not total. The president of the United States may be the most powerful man in the world, but that is because America is the most powerful and richest nation in the world and he helps to manage it—not because he has the most power in the world. Most, if not all, heads of government have vastly more power over their respective fiefs than the president does.

Trump’s rhetorical claim of absolute authority was in response to governors on either side of the country announcing they were making plans to “reopen” their states. Those governors, like Trump, were simply grandstanding. They did not “close” their states, just as Trump did not “close” America, and they will not “reopen” them. They closed some public institutions in their states, primarily the public schools and parks—and used some emergency powers to order the shutdown of places where people tend to congregate in large numbers.

But here’s the thing—they lagged the people they served. We may be living through an engineered recession, but the recession was kicked off by the sovereign—the people, not the elected officials or the bureaucrats (such as Anthony Fauci). A week before New York sheltered in place by order of its governor, the restaurateur Gary Greengrass (grandson of Barney, the Sturgeon King) told me that what had happened to his business was an “apocalypse.” No one told his customers to stop coming. They stopped going themselves. No one ordered us to do anything; in fact, a month earlier, we New Yorkers had been told that if we didn’t go to giant ethnic parades out of an “abundance of caution,” we might just be a li’l bit racist.

We are a self-governing people, even now. We evaluated the news and heard the reports and understood that people over 70 were in terrible danger, and we did something unprecedented in response to something unprecedented. Politicians can strut about, issuing directives about their own authority to declare things open. But the simple truth is that things will open when the boss says so.

I have seen the boss, and the boss is us. 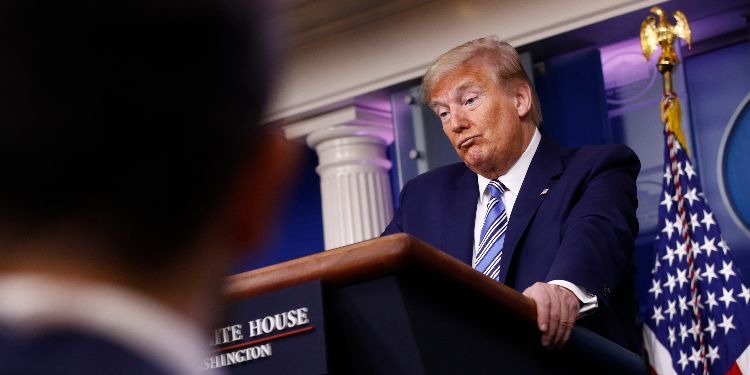