‘If the bond shan’t burst,” Friedrich Nietzsche once wrote, “bite upon it first.” He called this a “rule as a riddle,” a way of describing how an irrationally insoluble problem sometimes requires an unconventional solution. It’s Alexander the Great and the Gordian knot—or Indiana Jones facing a scimitar-wielding foe in a dusty marketplace and saving himself with a single shot from a pistol.

That is the logic of the Trump-administration plan for Israel and the Palestinians. Its designers are seeking to slice through two decades of stasis by means of a radical alteration in the role of the United States as one of the players in the so-called peace process.

Since the Oslo accords in 1993 effectively created a negotiating partner for Israel by incepting a “Palestinian Authority” led by Yasser Arafat, the American approach was to propose various trust-building and confidence-building measures. They were explicitly designed as precursors, as ways of smoothing the rocky road to a final deal that would be negotiated between the Israelis and the Palestinians.

That strategy was wish-based, not fact-based. It assumed that the difficulty in settling the existential row between the two parties was based in misunderstandings and suspicions that could be calmed by mediated behavior. That can work when the ultimate aim of both sides is a deal. But even then, such measures are not really necessary since the two sides basically have the same goal. They didn’t. Israel demonstrated its willingness to fulfill the 1947 notion of two states living side by side—not so their interlocutors. The Palestinians didn’t need confidence-building. What they seemed to have confidence in was the idea that Israel’s acquiescence to international demands marked it as a paper tiger. Their long-expressed hope of pushing the Jews into the sea was within reach.

Over the decades, the Palestinians have never come to the table with a plan of their own, or any plan, only lists of grievances, jaw-dropping claims that Jews have no ancestral history in Jerusalem, and finger-wagging demands that their beloved terrorist Jew-killers be released from Israeli jails.

The Israelis offered Palestinians a state twice in 2000. The Palestinians answered those offers with terrorism, hate-filled propaganda, and war. The hope of optimistic Israelis that there could be a favorable resolution of this intractable problem exploded like a suicide vest.

In the two decades since the second intifada began, there has been only one half-serious, half-ludicrous proposal—made in 2008 in secret by the unpopular, unelected, and bribery-tarnished accidental prime minister, Ehud Olmert. The Olmert plan was rejected on spurious grounds by the Palestinian Authority’s leader, Mahmoud Abbas. When he came into office in 2009, Benjamin Netanyahu immediately offered to move to final-status negotiations with the Palestinians, only to be rebuffed—and there matters have lain dormant.

Donald Trump came into office promising the “deal of the century,” and his administration’s approach is inventive. No confidence-building. No “it’s not up to us to shape the ultimate arrangement.” It’s a full-blown plan that lays out the geography of the two states, including a mammoth tunnel connecting Gaza and the West Bank. It ends the weird fiction that Israel could ever surrender neighborhoods, some half a century old, because they sit on supposedly “occupied” land—land that was never under any nation’s modern sovereignty.

And, most dramatically, it basically challenges the Palestinians to take it or leave it. They have four years to come to the table, at which point the deal is dead and the Israelis are (in American eyes) free to do what they want. The outrage with which the plan has been received in certain quarters ignores the central question: Why not try this? Nothing else has worked.

Cut the Gordian knot. Bite the bond that won’t burst. See what happens. 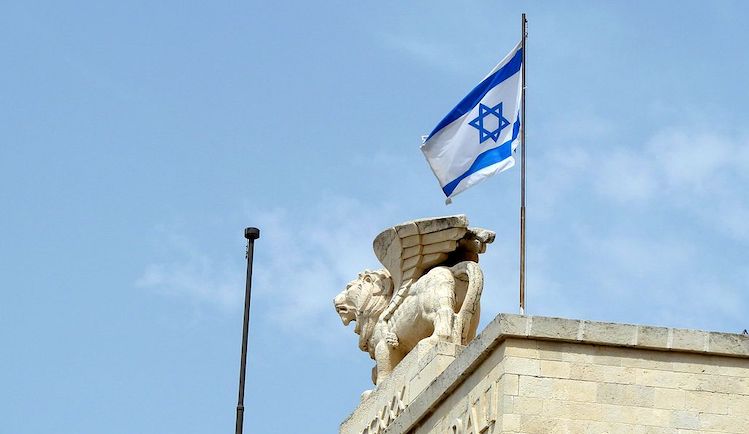