There is a moment early in Jared Yates Sexton’s memoir when you think that the author might be a fool. It’s on page 19 where, giving readers a roadmap, Sexton writes that

one must first know where modern traditional American masculinity originated—more specifically white, cisgender masculinity, which this book will focus on because the patriarchy that has controlled our culture has been defined and enforced by this group and includes tenets of societal privilege and white supremacy.

Surely no writer worth his pink Himalayan would string so many clichés together unironically. And yet, Sexton is deeply, soulfully earnest. His book is titled The Man They Wanted Me to Be: Toxic Masculinity and a Crisis of Our Own Making and whatever its faults, it is unmarked by irony.

Sexton’s thesis goes like this: America’s unjust economic system has punished working men since at least the early 20th century. In order to feel better about themselves, men viewed the realms outside of work as places where they were due enormous amounts of deference. This deference manifested as domination: of women, of children, of minorities, of everything.

This tendency to dominate was made worse by a gendered culture that taught men to repress their emotions and act out in cruel ways. Today, as the economic system has begun to change, and straight (“cisgender”) men have found themselves displaced, they have acted out even more cruelly. These men—again, always white and cisgender—are responsible for most, if not all, of the world’s evils: racism, murder, climate change, Donald Trump.

Sexton’s efforts at creating a sociological portrait of American manhood here are silly. For instance, he says that one in every five women in America will be sexually assaulted. This eye-popping statistic comes from the National Sexual Violence Resource Center, which in turn took the number from a 2011 study by the Centers for Disease Control. This study suffered from slanted methodology and was wildly at odds with numbers from the Department of Justice. (The NSVRC document Sexton uses also promotes the widely debunked claim that one in five women are sexually assaulted in college. Just so you know where they’re coming from.) Anyone who accepts this stat as a stone-cold fact is entirely too credulous.

Sexton says that “science has proven” that men are not biologically more prone to violence than women. Whenever you see cisgendered male violence, it is rooted not in chemical or biological differences, but in gender constructs. As evidence, he points to a study by one Dr. Frank McAndrew of Knox College. Well, then, whom are you going to believe? Five thousand years of human history, or Dr. Frank McAndrew from Knox College?

As The Man They Wanted Me to Be progresses, Sexton’s own journey takes center stage. He was born in 1981 to a lower-class Indiana couple, Patti and John. Patti was a deeply irresponsible mother. John was a monster. John had joined the Marines as a young man and then thought better of it. He bullied Patti into helping him get a hardship discharge before being deployed. Which is fine. Except that, by Sexton’s account, he then spent the rest of his life rhapsodizing about being “a hard-ass Marine.”

John was a violent drunk, and Patti divorced him while Sexton was a young boy. Two years after the divorce, John broke into their house and, in front of Sexton, told her that he was going to kill first her and then the boy. Sometime later, John attempted to abduct Jared by force.

Patti moved on to her next husband, also named John. He was worse. The new husband beat her and her son. He would not allow her to work and would not give her access to money unless she begged. In one incident, Patti went to the bank to get money for groceries, and upon discovering this, the second husband forced her to go back and apologize to the teller. Eventually—thankfully—she left him.

The next husband was named Randy. Patti met him at the same bar where she had met John 2. He also abused her. There is a moment when Sexton recounts that his mother asked him, “How would you feel if I divorced Randy?”  Young Sexton replies, “Please? Please divorce him?” He was seven.

At this point, the reader finds it impossible to hold Sexton’s prejudices against him.

There is a great deal more in Sexton’s family history. For instance, he claims that his grandfather was a gambler and a drunk who once used his teenage daughter as collateral in a poker game: She literally had to flee the house to avoid being forced into sex to satisfy a debt.

Then there is another stepfather, this one a Jon without the “h.” At age 9, Patti introduces Sexton to Jon by bringing him to their home, putting a movie on the VCR for the boy, and taking Jon into her bedroom and closing the door. Jon is, comparatively, a peach. He does not beat his stepson. Instead, his only fault is that police eventually storm Sexton’s house and Jon winds up in jail, which causes Patti to dragoon her child to and from the pen with her for visits. Thus, if anyone has license to be obsessed with the idea of toxic masculinity, it’s Jared Yates Sexton.

The problem is that he generalizes from his own tragic experiences as if they were standard. They are not. For instance, the percentage of women who marry four times in fewer than 20 years is so small that the Census doesn’t even track it. (The closest we can find is that only 3.2 percent of women over the age of 15 have been married three or more times.)

In a digression on high-school sports, Sexton describes what life was like in his school’s locker room: “Naked young men wrestling on the floor, in the shower, shoving each other into lockers… holding them down and covering their faces with genitals or forcibly undressing them.” Time and again, the reader wants to put an arm around Sexton’s shoulder and assure him that this is not normal.

What Sexton truly needs if he is to grapple with his past is not sociology but philosophy. Harvey Mansfield’s Manliness explains that “manliness” is a neutral value—a cause of both a great deal of good and evil in the world. Donald Trump may be, in a certain way, an example of “manliness.” So was Josef Stalin. But then, so was Aleksandr Solzhenitsyn.

And so, too, is Jared Yates Sexton. He came perilously close to suicide but never pulled the trigger. The rate at which abused men become abusers is frightening. Sexton has not done that. Despite being raised in terrible circumstances by adults who failed him at every turn, Sexton made it out, and even—somehow—continued to love his mother and find the largeness of heart to forgive his father.

Sexton may not realize it, but The Man They Wanted Me to Be is an expression of manly thumos. It is proof that manliness is not a gender construct. It is real. And it can be both toxic and a force for good. 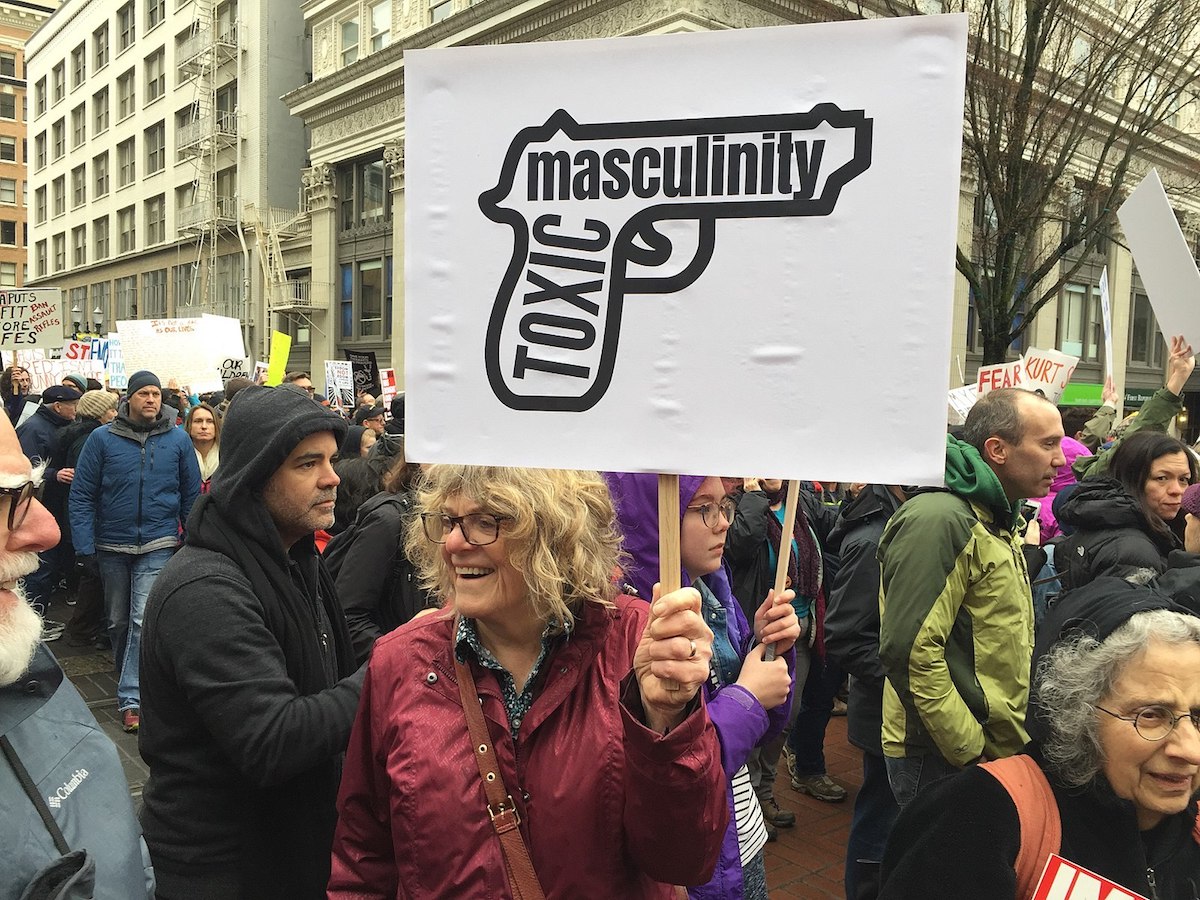 Jonathan V. Last is executive editor of the Bulwark.