It’s hard to sell an assault on academic freedom to academics. The American Association of University Professors, hardly a hotbed of pro-Israel sentiment, opposes efforts to boycott Israeli universities for threatening the free exchange of ideas. How, then, can anti-Israel scholar-activists persuade uncommitted colleagues to cancel exchange programs with Israel, to skip conferences there, and to shun teaching or research activities tied to Israeli universities? They must make Israel out to be an academic-freedom supervillain.

Because Israeli universities are quite free, the boycott crew targets Israel’s activities in the West Bank and Gaza. As the pro-boycott resolution adopted by the American Studies Association in 2013 puts it, “there is no effective or substantive academic freedom for Palestinian students and scholars under conditions of Israeli occupation.” When Americans hear of a raid on, say, An-Najah National University in the West Bank, we, lacking experience of Palestinian universities, imagine soldiers raiding an American campus and are horrified. But that’s a mistake, and Cary Nelson’s Not in Kansas Anymore corrects it.

It isn’t a mistake, Nelson suggests, to be horrified. Palestinian higher education has shown its ability to “provide graduates qualified to fill many necessary medical, technical, administrative, commercial, and service positions.” Individually and collectively, Palestinians depend on higher education, and the intrusion of the Israeli–Palestinian conflict into campuses has caused great harm.

The mistake is, instead, to see only the brochure-worthy work of an An-Najah, and to squeeze one’s eyes shut against work best described as repulsive. Consider the September 2001 exhibit, mounted in An-Najah’s cafeteria, celebrating the prior month’s terrorist attack on Jerusalem’s Sbarro pizzeria. That attack killed 15 Israeli civilians, including seven children, and wounded over 100 more. The exhibit, sponsored by “students supporting Hamas” and serving, Nelson plausibly asserts, as an “indirect recruiting activity,” included “shattered furniture splattered with fake blood and human body parts.” The Sbarro attack was among several bombings organized by Qeis Adwan, who had graduated from An-Najah just months before, with his career in Hamas’s military wing already underway. His story is one episode in An-Najah’s “history of terrorist connections.”

A distinguished advocate for academic freedom and a leading opponent of the academic wing of the anti-Israel Boycott, Divestment, and Sanctions movement, Nelson here expands on the treatment of Palestinian universities in his 2019 book, Israel Denial. Not in Kansas Anymore meanders from profiles of individual Palestinians, to sketches of the history of Palestinian higher education and the Palestinian student movement, to studies of select universities, to treatments of issues that cut across them, such as politicized curricula. I say meanders because these parts are not always set down in any evident order.

What unites them, however, is their contribution to Nelson’s convincing main argument: that Palestinian universities are “fundamentally different kinds of institutions” from their European and American counterparts. More specifically, Nelson for the first time pulls together evidence, scattered in news accounts, academic journals, memoirs, and monographs, of “a culture of campus and campus-related violence that has been sustained for 40 years.” He draws as well on numerous interviews he conducted, including interviews of Palestinian academics, from 2014 to 2019.

ALTHOUGH Palestinian universities were first established after 1967, under Israeli rule, some Palestinian commentators see them as having been, from the first, centers of resistance to Israeli power. Palestinian politics is “ineluctably associated with Palestinian education.” In those politics, students, even before there were Palestinian universities, wielded disproportionate influence. Nelson draws on, among others, the Israeli scholar Ido Zelkovitz, who explains that leaders in the General Union of Palestinian Students (GUPS), founded in 1959, “infiltrated the West Bank” after the Six-Day War to “establish underground military cells for the ongoing struggle against Israel.” GUPS inspired the student movement that later arose in Palestinian universities.

Nelson argues that the politicization of Palestinian universities advanced during the first intifada, which began in 1987. When they are not performing for gullible audiences, “all Palestinian higher education stakeholders [are] proud to claim universities as the core of the uprising.” At least since the second intifada, which began in 2000, “entering students have received competing glossy brochures and indoctrination kits” from different political factions, the Hamas-affiliated Islamic Bloc among them. Names and photographs of a faction’s martyrs, including suicide bombers, are sometimes part of the sell. The Islamic University of Gaza, not merely politicized, but “militarized,” may be “the brain trust and engine room of Hamas,” as the journalist Thanassis Cambanis has put it. But even in the West Bank, at An-Najah and Birzeit University, there is “no fixed line between valid political expression and terrorist recruitment.” They are not only academic institutions but also “recruitment enterprises,” for “paramilitary groups” and sometimes “terrorist cells.”

Nelson, a progressive who thinks Israel has much to answer for, doesn’t believe that this security threat justifies every raid, arrest, restriction, or closing. But he has no patience for colleagues who pretend to be unaware that “allying with a Hamas cell is not the same as joining a chapter of College Democrats or College Republicans.” Nelson’s impatience, developed over many years of arguing with opponents who treat Israel’s claims with greater skepticism than Hamas’s, is altogether warranted.

The best contribution of Not in Kansas Anymore is its extensive discussion of how faction fighting, particularly between Hamas and Fatah-associated student groups, impinges on academic freedom at Palestinian universities. Nelson begins his book with a story that Sari Nusseibeh tells. Nusseibeh, who would later gain an international reputation as president of Al Quds University, was, in 1987, teaching philosophy at Birzeit. After a class, he was accosted by “five kaffiah wearing attackers” who set upon him with “fists, clubs, a broken bottle, and penknives.” He escaped with a broken arm and minor wounds and later learned that all of his attackers were Birzeit students, including two he knew well. The “crime” Nusseibeh had committed, which made him a “traitor,” was holding “several meetings with Israelis to discuss possible peace proposals.” The go-ahead of Yasser Arafat’s staff for these meetings didn’t protect Nusseibeh from a militant faction of Fatah, on whose behalf the students had acted. The university issued a tepid statement and did nothing.

That’s an old but not isolated incident. As one senior faculty member interviewed by Nelson puts it: “Faculty members are afraid to speak their minds because they will be branded as traitors. Fatah, Hamas, and Islamic Jihad all have students available to harass and intimidate faculty who are so named. And sometimes their lives are put in danger.” It wasn’t that long ago, in 2014, that a professor at Al Quds, Mohammed Dajani, “denounced as a traitor and collaborator by students and others,” was thrown out of the faculty union, faced death threats, and ultimately resigned his position. His offense was taking a group of students to visit Auschwitz. Early the following year, Dajani’s car was set on fire in front of his house.

Nelson gives perhaps too much credence to Dajani’s claim that this case of vehicle arson was really an assassination attempt gone wrong. But story after story—a department head is assassinated over a disputed presidential search; a lecturer is thrown from the third floor of a building during a campus clash between “Muslim Brotherhood and pro-PLO” students; a student Fatah supporter is attacked and tortured, apparently by men from the Popular Front for the Liberation of Palestine—suggests an “atmosphere of physical threat and intimidation.” This is more than a cancel culture, and its menace is pervasive in a way that Israel’s episodic campus intrusions are not.

Nelson concludes that “most of the trouble in Palestinian universities has little to do with Israel.” That’s a great deal more than the BDS movement, with eyes only for Israeli vices, will allow. Not in Kansas Anymore is intended not to convince them but to help others resist their unethical distortions. Even those who have closely followed the debate about Israel on campus have much to learn from this book. It is a polemic—indeed it is published by the Academic Engagement Network, which opposes efforts to delegitimize Israel—but it is not propaganda. Nelson is right that “U.S. debates about academic freedom for Palestinian students and faculty are conducted in fundamental and corrupting ignorance.” One can get pretty far, therefore, just by telling the truth. 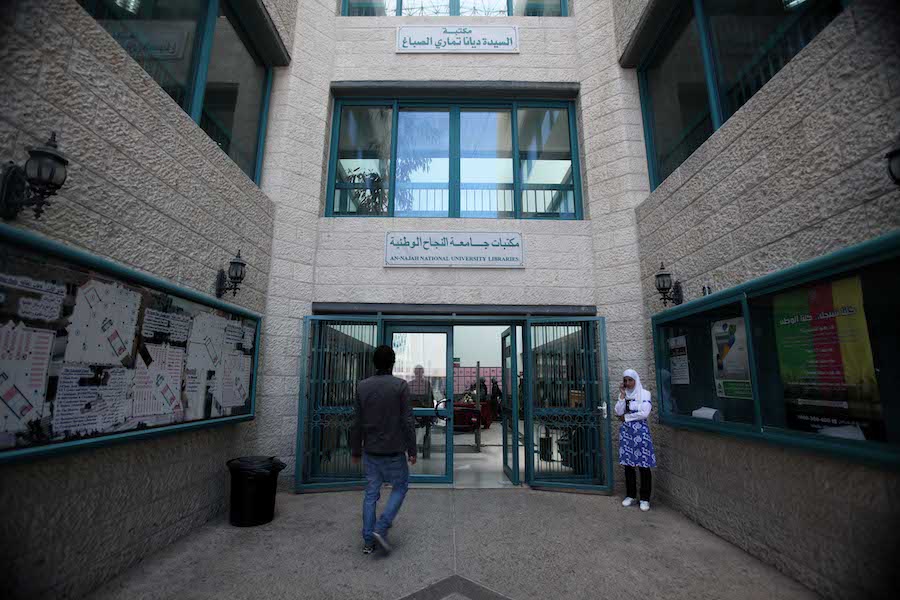 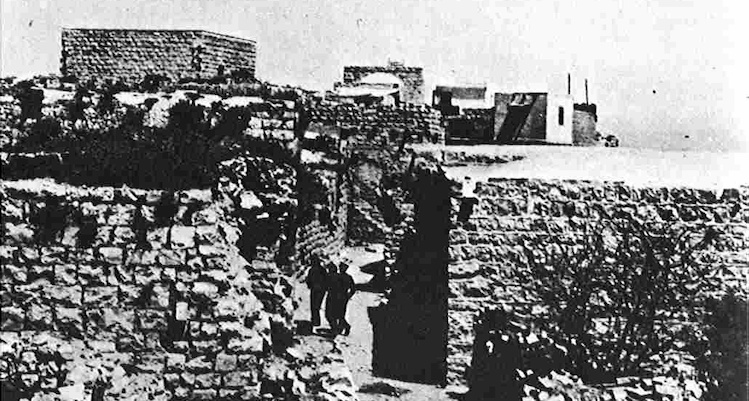