ore than 17 million undergra-duates are enroll-ed at American colleges and universities. College degrees have replaced high-school diplomas as prerequisites for gainful employment, so students who might otherwise have opted out of higher education are opting in. The task of teaching all these new undergraduates could be exhilarating, except for one thing. As Jacques Berlinerblau reveals in Campus Confidential: “No one gets into this business in order to teach.”

Campus Confidential is an insider’s account of why college professors are, as a class, “spiritually and emotionally disengaged from teaching and mentoring students.” To help us see what has gone wrong, Berlinerblau, a professor of Jewish civilization at Georgetown University, explains how professors are trained, what incentives they face once they find employment, why that training and those incentives set them up for failure, and why all this should be viewed as a disaster by anyone who cares about undergraduate education.

Since the late 19th century, professors at research universities have viewed teaching undergraduates as a distraction from more serious and engaging work. And because of the great success of such universities, the Ph.D. programs that train new professors value and cultivate above all the capacity to do original research. Berlinerblau illustrates how the solitary, arcane work an aspiring professor performs to satisfy his doctoral committee is no preparation at all for teaching undergraduates. “All the factories,” he says of universities, “manufacture the same product: a microspecialized researcher, possessing the interpersonal skills of a doorjamb, whose ability to instruct undergraduates is a complete unknown.” That’s a problem, because the main function of the vast majority of colleges and universities is to instruct undergraduates.

Suppose a newly minted Ph.D. succeeds in landing on the tenure track as an assistant professor. If she plays her cards right, she will, after six years of inglorious toil, win lifetime employment. At most high-prestige places and even “many non-elite schools,” her task is clear: to “publish insane amounts of scholarly research” to achieve her reward. The currency of prestige in academia for both institutions and individuals is earned through the production of books and articles rather than the education of undergraduates.

You don’t have to be an economist to understand how assistant professors respond to such incentives. They will “do everything in their power to teach as little as possible,” Berlinerblau writes. And since truly awful teaching reviews might just sink them, they will, when compelled to teach, strive mainly not to anger the clientele. It is safest, and least likely to distract from one’s research, to make few demands on students. And after obtaining tenure, an associate or full professor will continue on the path of least resistance in the classroom. “For his entire adult life this scholar has been conditioned to view undergraduate teaching as an inconvenience,” says Berlinerblau. “Why would he change now?”

I’m fortunate to have attended and taught at colleges and universities that value good teaching. But Berlinerblau is right that the code of American higher education is that “the most valued faculty conduct research” while “the least valued teach.” Even faculty members at small liberal-arts colleges, probably once dreamed—and may still dream—of a life of reading, writing, and travel in which students are a minor nuisance. If research-university job offers were suddenly dropped onto the campus of a given teaching-oriented college, many who talk a good game about their love of teaching would leave mid-class, mid-sentence, as if they had been called up to the major leagues.

Some, of course, would remain—those who have, without giving up on publishing, come to see teaching as their vocation and have trained themselves to be good at it. But a scholar-teacher is a happy accident, “a phenomenon that somehow occurs” against all odds. Meanwhile, someone has to do the teaching, and so a two-tiered system has emerged. According to the American Association of University Professors, tenured and tenure-track faculty made up 45 percent of the “academic labor force” in 1975. In 2015, that number was 29 percent. The remaining teachers are part-timers (40 percent), full-timers who are ineligible for tenure (17 percent), and graduate students (14 percent).

Consider the part-timers, who are now a plurality of the nation’s faculty. They may be more skilled at instruction than their tenure-track and tenured colleagues. They teach a lot more, and their continued employment depends almost entirely on their teaching. But to make a living, professors who earn only $3,000 per course will have to take on a staggering load, often at multiple schools, none of which has made a commitment to them. If such professors have the time and inclination to attend carefully to the papers they grade, much less to mentor students, that’s a miracle.

Campus Confidential is in part a warning to parents and students. Professors may look impressive on a university website. But at many schools, those professors are either in the top tier, in which case they may spend much of their energy scheming to avoid teaching, or in the bottom tier, in which case they are too busy waiting tables during their off hours to be of much help to their students. When admissions officers boast about the gift the university has received to purchase a second supercollider, students and parents should interrupt and ask, “Assuming an undergraduate has a soul, how does this place make it possible for scholars to tend to or mentor that soul?”

As for professors and administrators, the message is, as the title of one chapter has it, “Teach or Perish.” State legislatures want to defund us. Technology companies are trying to replace us. Parents and students justifiably wonder what they get for the astronomically high prices some schools charge for our services. We can claim that we cultivate the interests and judgment of our students, that we guide and inspire them in ways that an online instructor beamed onto the screens of tens of thousands of students cannot. But that claim will be hollow if we cling to our “upside down set of priorities,” which makes teaching the least valued work at institutions that live and die by teaching.

The absurdity of this situation—Berlinerblau’s book often reads like a comic campus novel—offers some hope of reform. While the most prestigious colleges and universities will always have applicants, the rest of higher education cannot afford to hang its collective hat on the research accomplishments of professors. As Berlinerblau notes, there is a group of people on campuses—he calls them “my people” whether they hail from the right, the middle, or the far left—who would like to address this problem. They seek to engender in students an “enduring and coruscating thoughtfulness,” whose bearing on our politics cannot be predicted.

But Berlinerblau underestimates the importance of a fact that he, to his credit, does not hide. He concedes that “scholars on the extreme left” are the most influential, if not yet the most numerous, group in the humanities. He concedes, moreover, that work in the humanities is too “politicized” and grounded in “dense and ideologically tinctured” theory. Almost the only, rather cold, comfort he offers to those who worry about the influence of the extreme left in the academy is that because professors are so bad at teaching and have so little interest in it, indoctrination is the least of our problems. Berlinerblau wants professors to be more engaged in and better at teaching. If he has his wish, we may find that we liked his colleagues more when they were ducking their teaching responsibilities. 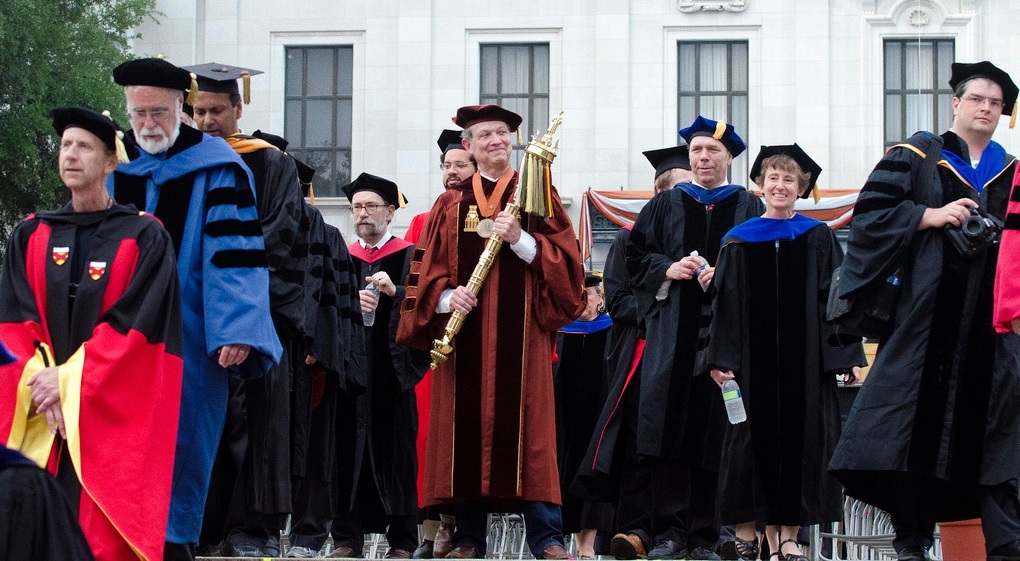