ournalists, one likes to imagine, are people who investigate matters with a degree of neutrality and enlighten their readers with their findings or who travel distant lands to observe and report what they see. Not so when it comes to Israel. There, journalists are afflicted by an irresistible anti-Israel groupthink that embarrasses their profession and does great harm to the image of the Jewish state in the West. Hence the irony that while it is thought a journalist should be detached and aloof from his subject, it really takes a gonzo journalist—a reporter who puts himself in the middle of the action—to deliver a fuller, more objective account. Tuvia Tenenbom is just such a one.

Having gained notoriety by investigating the extent of latent anti-Semitism in Germany in his previous book, I Sleep in Hitler’s Room, Tenenbom went to Israel and tried a similar technique: pose as a foreign journalist (“Tobi the German”), speak to Jews, Arabs, and foreigners across the country, and tell readers what they say. The product is Catch The Jew!, a daring and hilariously written account of the foreign-backed (and often foreign-staffed) media and peace industry in Israel. It has been a bestseller in German and Hebrew and is now available in English. 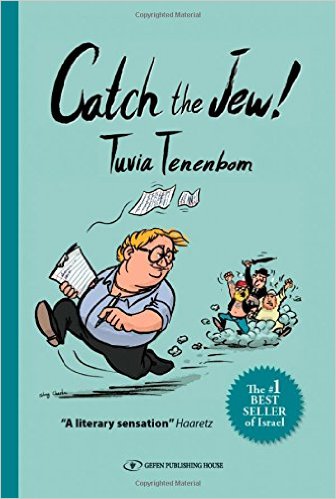 Born and raised ultra-Orthodox in Israel, Tenenbom went on to serve in the Israel Defense Forces before becoming a secular academic, writer, and dramatist based in Germany and the United States. This background gives him a sense of Israeli society and also equips him with the languages—real and figurative—of his interlocutors. He is sympathetic to the Jewish state and its defenders. He is disgusted by the “small Jews”—those native, naturalized, ex-Israelis (and “ex-Jews”) who reject their homeland and people and do their utmost to undermine them at every turn. He finds the obsessive interventions by Europeans in Israel’s fate “extremely unsettling.” But he has a shaded view. The book opens with his brief visit to the Italian province of South Tyrol, the population of which is majority German—“another occupied land” but one whose occupier has successfully convinced the world of its claim. He wishes to judge whether the model can work. At first, the Germanic locals seem content with Italian rule, but after a few drinks their animosity becomes as clear as their empty beer glasses. “I guess occupation doesn’t work,” Tenenbom concludes. And off he sets for Israel.

What does Tobi the German find in the holy land? Each of the 55 short chapters is a portal to an aspect of Israeli and Arab life and some offense dreamed up by the peace industry. Tobi discovers firsthand the severe restrictions on Jewish access to the Temple Mount. He hears from leading Fatah officials that the Palestinians are descendants of the Canaanites, that there is no proof that the Jewish Temple ever existed, and how, despite all evidence to the contrary, Christians are thriving under the Palestinian Authority. He learns how Arabs try to prevent their brethren from selling property to Jews in Jerusalem. He observes how Israel’s left-wing intellectuals profess to be experts on “the settlers” they despise and “the Palestinians” they adore while showing negligible real knowledge about either. He shows how the Oslo Accords did significant damage to Jewish–Arab relations on a local level. And he meets a variety of figures, including leading Fatah officials Hanan Ashwari and Jibril Rajoub, Knesset members from a range of parties, and prominent left-wing Israelis such as Amos Oz and Gideon Levy.

But it is his encounters with more anonymous individuals and an array of non-governmental organizations that are most illuminating. There’s the Holocaust-denier from the Israeli human-rights group B’Tselem. There’s the British journalist in the Golan Heights who tries, under the guise of objective reporting, to convince a reluctant Druze to condemn Israel. Staffers from the Arab human-rights organization Adalah and from Rabbis for Human Rights carefully choreograph what they show visitors (they’ll show only what looks like Arab hardship but do their utmost to prevent a visitor from seeing real Arab life). Officials at the International Committee of the Red Cross and United Nations Relief and Works Agency condemn Israel on the basis of their reading of international law while encouraging Arab aspirations to destroy the Jewish state. A European monk ministering in Israel recounts how the siege of the Church of the Nativity (where Muslim terrorists took Christians hostage in one of Christianity’s holiest sites and were besieged by the IDF) during Operation Defensive Shield made him more pro-Muslim, but he cannot explain why.

Of particular interest to Tenenbom is the European connection. The extent to which so many anti-Israel NGOs (foreign and domestic); hostile films, cultural events, and institutions; and Arab housing, educational facilities, and academic conferences are all funded by European governments is staggering. So, too, is the prejudice of European reporters (who routinely fail to examine or fact-check the responses of their interviewees), NGO staffers (who pluck facts and figures out of the air and decline to respond to inconvenient inquiries), and participants in NGO programs (who refuse to allow any questioning that deviates from the host’s agenda).

What is perhaps most remarkable is that the book only recounts what these interlocutors are happy to tell journalists, for at all times they know Tenenbom is a journalist and appreciate that everything they say and do is on the record (even if they’re unaware where and how it will be publicized). This tells us how rarely they must meet reporters prepared to scrutinize them. But it also invites the reader to imagine what they are not saying, what they actually believe and hope in their heart of hearts. And this is Tenenbom’s most powerful point: What they want is to catch the Jew. 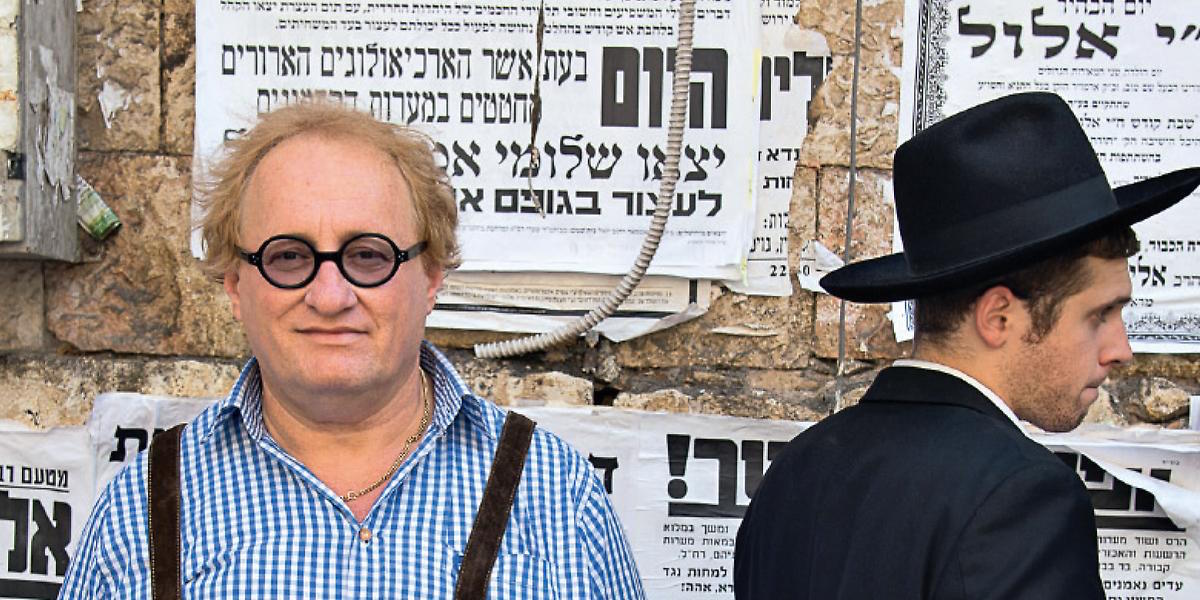