Rites of Spring: The Great War and the Birth of the Modern Age.
by Modris Eksteins.
Houghton Mifflin. 396 pp. $24.95.

“This is a book about death and destruction,” Modris Eksteins tells the reader in his preface to Rites of Spring: The Great War and the Birth of the Modern Age. For Eksteins, modern consciousness was born on the battlefields of World War I and those battlefields were, in some sense, born out of the sick visions of the failing Western imagination. Stirb und werde—“die and become”—said Goethe, and the modern world took him literally.

The book’s title and theme come from Stravinsky’s ballet Rite of Spring, which premiered in Paris in 1913 when art still had the ability to shock. Produced by Diaghilev, choreographed and danced by Nijinsky, the ballet enacted the folk legend of a maiden who literally dances herself to death in a pagan ritual to honor the gods of spring and fertility. It is in this inversion of life and death that Eksteins finds his central metaphor for what was to become of Europe.

After describing the cultural life of Paris and Berlin before 1914, Eksteins charts the progress of the war, its after-effects and influence on Europe, and concludes with a brief, thematic account of the rise and fall of the Third Reich. This is a lot of history for a relatively small book, and Eksteins proceeds impressionistically, casting his study as a drama in three acts—though its effects are more cinematic, with abrupt cuts, shifting perspectives, and montages of unconnected detail. He identifies his method as an attempt to make a kind of peace with the broken world we have inherited from the war, but his efforts at integration are not always successful, too often enacting his theme where they should be explaining it.

Eksteinss first chapter, “Paris,” explores the prominence of Diaghilev in the avant-garde, the background and the history of his company, the Ballets Russes, and the emergence of an artistic society which identified “scandal as success,” an identification that culminated in the staging of Rite of Spring. Paris was prepared to be scandalized by the performance, and it was—everything from the discordant score and primitive theme to the unconventional movements of the dancers brought hoots and whistles from the audience. The very rise of the curtain drew jeers, though Stravinsky partisans were there to shout back. Eksteins concludes that something new was embodied in this ballet and the response to it: “Art has transcended reason, didacticism, and moral purpose: art has become provocation and event.”

The second chapter, “Berlin,” sees the artistic impulses that produced Stravinsky’s ballet now becoming embodied in society itself. For Eksteins, Germany was “the modernist state par excellence.” He rehearses the familiar divisions of Germany at that time, the contradictory yearnings for order and freedom, for Macht and Geist—an outward might and an inner, elusive spiritual liberation. The contradictions led to the desire to be “elemental,” Eksteins tells us, “to rebel against suffocating and stultifying norms, against meaningless conventions, against insecurity.”

The “total art” Diaghilev imagined, where costume and choreography, music, story-line, and performance all held equal weight, found its equivalent in German Kultur which “dreamed of a fusion of worlds, physical and spiritual.” The outbreak of World War I seemed to Germany a fulfillment of that dream. England and France saw themselves as the custodians of a venerable culture and of time-honored traditions that the war threatened to destroy. For Germany, a latecomer to that world, war was a beginning.

After the horror of the trenches, the mass slaughter on an unprecedented scale, and the dehumanizing encounter with a deadly array of new weapons from the machine gun to poison gas, a fusion of a certain sort did take place, though not the one expected. The dissonance of Stravinsky’s music now harmonized with the fractured vision of the postwar world. Returning soldiers escaped the realities of the trenches but not its grim mentality.

Eksteins might have added, for it fits his argument perfectly, that it was in studying the victims of shell shock that Freud discovered what he would call Thanatos—the “Death Instinct”—a part of the ego that seeks, against the restraining logic of biological life, release in death. The Rite of Spring, with its dance of death, became universal, the sacrificial maiden an emblem of the modern soul.

Paul Fussell made only half this argument a few years ago in The Great War and Modern Memory. For Fussell, the war was a terrible fact that changed old forms of language and self-perception, but it was the cause of new artistic imaginings, not the result. For Eksteins, the weight of responsibility has shifted subtly so that, while he does not say so explicitly, it is clear that in his mind it was artists, the guardians of the imagination, who helped betray Europe.

Unlike Fussell, who focused on war memoirists, Eksteins devotes an entire chapter to a fictionalizer of his war experience, Erich Maria Remarque. All Quiet on the Western Front was one of the first books to break the silence after the war, becoming an unprecedented bestseller. The writers Fussell examined helped usher in a tone of new truth and dark reality. Eksteins’s emblematic author evaded, even as he explored, his experience:

Remarque blamed the war for his personal disorientation. The German public, too, assumed that its suffering was a direct legacy of the war. All Quiet actually raised the consciousness of Germans on the issue of the war as the source of their difficulties.

Thus did Remarque, in Eksteins’s view, contribute to the irresponsible delusions of Germany.

It is tempting to say that Eksteins cannot tell the dancer from the dance. The cover of Rites of Spring depicts Nijinsky, mad eyes flashing, performing what appears to be a goose step in high boots. The photograph is superimposed on a gray battlefield so that Nijinsky seems to have leaped onto the true stage of the modern world, leading Europe in a frenzied dance of death. The metaphor is commanding, but Eksteins strains for more than a metaphor. To find anything beyond a stirring coincidence in Stravinsky’s ballet and the dark war that followed would be like holding Tennyson responsible for the concept of the survival of the fittest because he wrote about “Nature red in tooth and claw” nine years before the publication of Origin of Species. For reasons of expediency, too, Eksteins seems to choose lesser artists for study and to draw conclusions about greater ones that do not do justice to the complexity and richness of writers like Joyce and Proust.

Still, there is much that is powerful in Eksteins’s book. He is compelling in his descriptions of the life of the trenches and his account of the transformation from the optimistic euphoria of 1914, when enemy soldiers exchanged gifts in no-man’s-land on Christmas, to the mass slaughter and the grim dehumanization of the later war. He is eloquent and persuasive on the subtle inversion that war and then defeat imposed on German consciousness, transposing life and death, victory and defeat—though Fritz Stern’s 1987 Dreams and Delusions does greater justice to the complexity of modern Germany, and Stern’s informal lucidity accomplishes the difficult task with great clarity.

Greater justice is also done to the subject of modernism in literature in Malcolm Bradbury’s The Modern World: Ten Great Writers. These straightforward profiles were written to accompany a British television series but they are elegant and literate, and they convey, in limited space, a strong sense of their subjects and of the temper of the modernist mind.

The writers—who include Dostoevsky, Kafka, Virginia Woolf, Proust, Joyce, and Thomas Mann—are not surprising choices. As the title implies, so firmly have these writers taken root that for Bradbury they constitute a world, and one we still inhabit. Bradbury is not apologetic about the term “great” or the singularity of “world,” and his use of these words indicates a measure of faith in the persistence of a shared culture and common literary values. Nevertheless, he is not blind to the dark situation of modern creation that Eksteins is primarily concerned with.

As in Eksteins’s book, the destructive side of modernism is given its due, Zarathustra speaks up from time to time: “Whoever wants to be creative in good and evil, he must first be an annihilator and destroy values.” There are references to the ominous pronouncements of Pound (who is not profiled) announcing death to the old culture in Blast, and to the equally ominous pronouncements of Ibsen (who is profiled): “The great task of our time is to blow up all existing institutions—to destroy.” In this book, however, dread slogans lead not to war but to great literature.

A familiar sense of paradox and ambiguity pervades all the writers in this book. The dark mystery at the heart of Conrad’s The Secret Agent, the masks of Pirandello, the narrow passageways of Kafkan parable that seem impervious to interpretation and yet lie so near the brink of meaning, are all explored. But Bradbury gives equal weight to the large view these writers have, their penetrating vision, and the often heroic role of the artist in reclaiming the past.

Bradbury provides a possible response to Eksteins’s charge that in a writer like Joyce there is no “collective reality” by quoting Joyce’s boast that, should Dublin be destroyed, it could be rebuilt by using Ulysses as a guide, so accurate are its evocations of the city. And Bradbury notes that while Ulysses ends with its famous, life-affirming “yes I said yes I will Yes,” they are not quite the final words “for they are followed by a few more of equal importance, the dateline ‘Trieste—Zurich—Paris, 1914-1921.’” The dates are an example of how, “like many works of modernism . . . Ulysses built a complex bridge between the prewar and the postwar worlds, two ages of modern writing.”

Thomas Mann provided a similar bridge with The Magic Mountain, begun in 1912, interrupted during the war, and finished in 1924. Only that dark work concludes not with a “yes” but with the bleak descent of its hero, Hans Castorp, to death in the war, putting an abrupt end to the philosophical dialogue he had enjoyed on the mountaintop. “The book will continue to retain its double face,” Bradbury writes, “as a portrait of the death-dance of a civilization in an epoch of decline, and as a work that attempts a great resolution of our underlying spiritual, moral, and intellectual conflicts, and moves toward a new humanism.”

Almost a quarter of a century ago, Lionel Trilling found The Magic Mountain more disturbing than that when he wrote on “The Teaching of Modern Literature” in Beyond Culture. For Trilling, it was nearly impossible to teach college students books that embodied “The idea of losing oneself up to the point of self-destruction.” Though Eksteins’s study may mark the beginning of a revisionist view, no one else seems to worry much in these days of the disputed literary canon that college students will be corrupted by reading the modernists. Indeed, Trilling himself noted that what made teaching them so unsettling was the bland acceptance with which these darkest of writers were assimilated by his students. Surely what was true in 1965 is even truer now and is what, if anything, makes us postmodern. Whether that is because we are on more or less familiar terms with dark times is difficult to say. 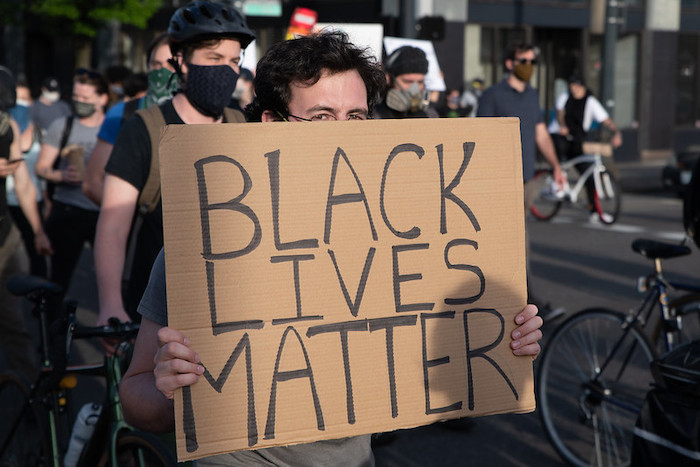 The Whiteness of Wokeness

The Mechanics of ‘Popularism’