Why the Jews? By a liberal definition of tribal membership (meaning those with at least one Jewish parent), there are around 17 million Jews in the world—about the population of Kazakhstan. An ancient civilization, Kazakhstan boasts a 99.5 percent literacy rate, but while it has produced writers and scientists, their names are not exactly household words.

Contrast this with the Jews. They invented monotheism, Hollywood, gefilte fish, relativity, and free will (Adam chose to eat the apple). Over the centuries, Jewish über-achievers range from Marx, Freud, Proust, Kafka, and Einstein to Mahler, Mendelssohn-Bartholdy, Gershwin, and Dylan; to Disraeli and Leon Blum; to Jonas Salk (polio vaccine) and Paul Ehrlich (chemotherapy); to Silicon Valley titans such as Sergei Brin and Larry Ellison; to Kirk Douglas, Steven Spielberg, and Seinfeld. Not to mention Groucho. Or Helena Rubinstein and Estée Lauder, who cooked up modern cosmetics.

So how did the Jews, who make up .2 percent of mankind, “change the world?” This is the question Norman Lebrecht asks in the subtitle of his new book, Genius and Anxiety. “I am not about to make a case for Jewish exceptionalism,” he answers, “nor do I believe that Jews are genetically gifted above the average.” Instead, he ascribes Jewish seichel to “culture and experience rather than DNA.” It’s all due to numeracy, literacy, and critical reasoning—the stuff of Talmudic study.

Lebrecht keeps referring to the causal role of the Talmud throughout his book, suggesting that even Freud and Einstein, who had never set foot in a yeshiva, were somehow formed by Talmudic sages who kept arguing ad infinitum for some 300 years at the beginning of the first millennium following the destruction of the Temple. But it is a long trip from Babylon and Jerusalem to Vienna and Berlin, from the Talmudic giants to the secularized, even areligious Jews of the 19th and 20th centuries, many of whom (or their parents) had converted to Christianity.

So let’s posit, as Lebrecht suggests we should, that somehow the ancient masters of pilpul handed the art of disputation down through the generations. After all, Freud’s father, Jacob, a wool merchant, was a Torah scholar.

One is conceptual. The Talmud, a commentary on the law spanning some 2,700 pages, amounts to a closed system. Talmudic thinking may be summed up as “turn and turn the Torah.” Its scholars demonstrated their brilliance by construing ever finer distinctions, skewering the arguments of their colleagues, or invoking the authority of the masters. Cracking paradigms was not their business. Subversive thought—say, placing sex at the center of the human condition, as did Freud, or confronting the ear, as Arnold Schönberg’s painful atonality did—was not the Talmudic way. Both Freud and Schönberg play starring roles in Genius and Anxiety, along with Einstein, because they overturned ancient dispensations rather than delving into Mishna and Gemara.

The second is a logical problem. If the Talmud is the ur-cause, Jewish worldly success and attainment should have been the story of the Hebrews throughout the ages. Yet Lebrecht situates his account in the hundred years between 1847 and 1947, and rightly so. Apart from rare titans such as Maimonides, Jews did not excel in world-historical terms in the centuries before, nor did they break the mold. The question “why the Jews?” should therefore be amended to “Why the Jews in those hundred years, in the midst of modernity?”

Sheer smarts is not enough; the conditions had to be right as well. In the 19th century, the Jews were released from the ghetto, gaining full civic rights throughout Europe. Add to that circumstance historical serendipity in the forms of urbanization, industrialization, and globalization. With their literacy, occupational flexibility, and lust for learning, the Jews were perfectly prepared for this new world. An age-old order based on working the land and plying the trades, from which Jews were excluded, began to give way to a knowledge-based economy.

It was tailor-made for eternal outsiders with their pent-up ambitions and energies. Lebrecht quotes Gustav Mahler: “A Jew is like a swimmer with a short arm. He has to swim twice as hard to reach the shore.” But now, the water was a lot warmer.

In a revolutionary economy—think chemistry and physics, plastics and pharmaceuticals, aviation and telephony—the future beats the past while talent and drive dwarf the wrong faith and ancestry. The exclusion of the Jews had held them back throughout the ages, as had insider networks, guild power, and xenophobia. Suddenly, a wondrous market opened up in which growing demand for new skills and perspectives met an ample supply. The victims of hatred and persecution embodied modernity unleashed.

Modernity, in fact, was the new Promised Land for the outsider pushing in. As the Jew could bring new tools and thoughts to bear on old ways, he could leave Torah and Talmud and move into science, technology, literature, and the arts. Just one statistic: One-third of Germany’s Nobel Prizes up to 1932 went to Jews. Where they were still barred from banks and corporations, as they were in America, Jews went off to Hollywood, where Laemmle, Goldwyn, and the Warner Brothers revolutionized mass entertainment. It was these outsiders who grasped the globe-spanning power of celluloid and then went on to interpret the American Dream for the rest of the world. Alienation and anxiety have never spelled a greater advantage.

As Lebrecht chronicles the rise of the modern Jew and his triumphs, he never ignores the dark side. For instance, he invites us to listen to the heartbreaking confrontation between Arnold Schönberg and his friend Wassily Kandinsky, the painter, who had ascribed “only evil to the actions of the Jews.” Ending the friendship, the composer thunders: “What is anti-Semitism to lead to if not acts of violence.…You are perhaps satisfied with depriving Jews of their civil rights. Then certainly Einstein, Mahler, I, and so many others will have been gotten rid of.” And it would be to no avail, Schönberg assures him: “Jewry has maintained itself unaided against the whole of mankind for 20 centuries.” For Jews “are evidently so constituted that they can accomplish the task that their God has imposed on them: to survive in exile, uncorrupted and unbroken, until the hour of salvation comes!”

So Schönberg sets off to compose Moses and Aron a 12-tone opera that celebrates Jewish moxie and revolutionizes Western music, to boot. In America, heroic resistance comes in a comic strip, crafted by two Depression-era kids, Jerry Siegel and Joe Shuster. Superman is still a hit around the world, having spawned innumerable movies and series. What made them do it? Siegel answers: “Hearing and reading of the oppression and slaughter of helpless…Jews in Germany.” A year behind Superman, two Jews created Batman, the avenger of the innocents.

Note that both superheroes go by perfectly WASP names: Clark Kent and Bruce Wayne. Neither has ever been near a Torah or a Talmud. But both are Jewish characters, as Goebbels fumed in 1940. In the age of emancipation, as covered by Lebrecht, Jews had quickly figured out that they could flourish only if they defined their particularist interest in freedom, equality, and justice as universal goods. So, Jews were the first universal nation, which delivered to them a tidy edge. The message ran: “We don’t want this for us, but for all of mankind.”

This ethos helped to speed their rise but did not bring about salvation. Indeed, the price of success was deadly—the near-extinction of European Jewry in the Shoah. Lebrecht, a storyteller par excellence, brilliantly chronicles a Golden Century. Each chapter is a gem, sparkling with historical insight and finely drawn portraits of famous and less-well-known Jews. It is a book not just about Jews and their achievements but also about modernity—how Jews transformed Western ways of thinking and doing. It is intellectual history at its best.

Is The Jewish Century, to recall Yuri Slezkine’s pathbreaking oeuvre, over? After a post-Shoah pause, anti-Semitism is again forging ahead. In his penultimate paragraph, Lebrecht strikes a wistful note: “The sense of otherness is back. Jews, we are told, are different. They have…a divided loyalty. The Jewish Question reopens—what is to be done about the Jews…The story is not over yet.” Neither is modernity, a natural habitat for the Jews once ghetto walls had crumbled. 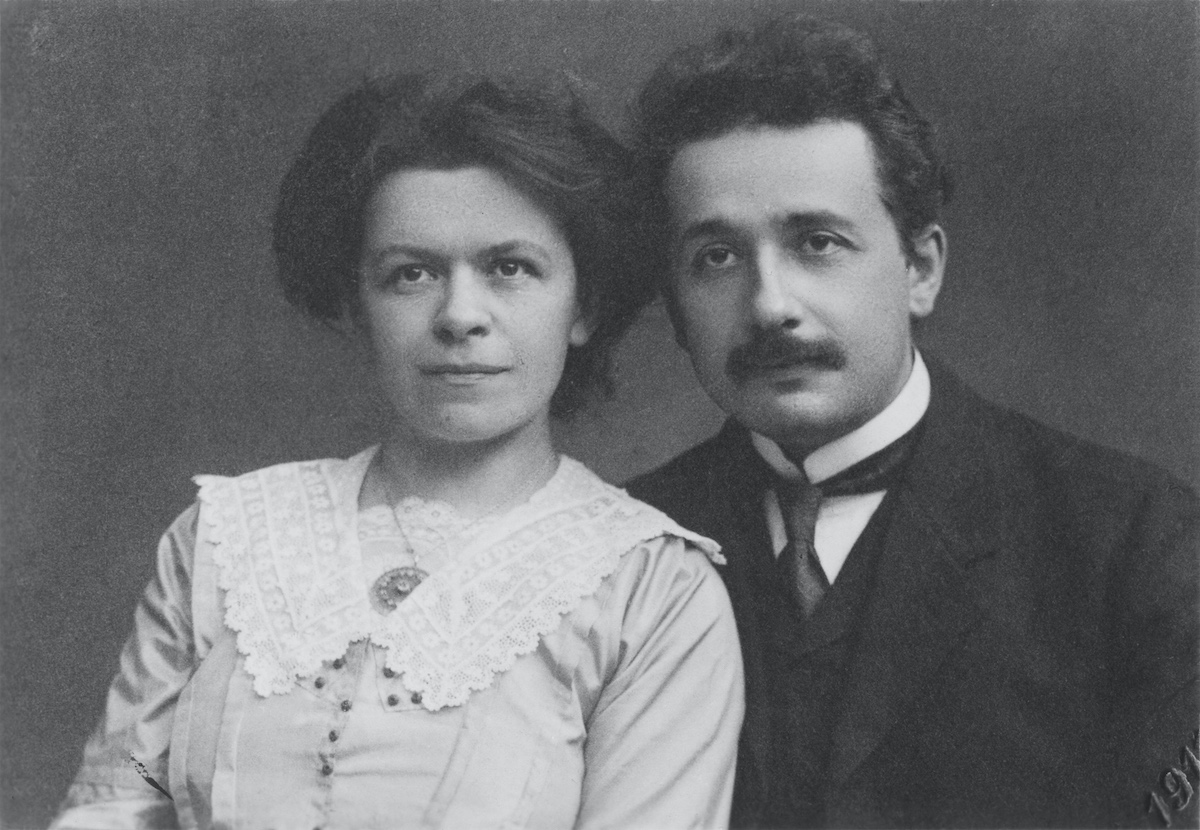 Josef Joffe grew up in postwar Germany and was educated in the United States. He has taught politics at Harvard and Stanford and is now professor of practice at the Johns Hopkins School of Advanced International Studies.