he 20th century was “the American century,” according to Henry Luce. And so it may have been, in the sense that American culture and political and economic ideas came to dominate far and wide. But we might also call it the Communist century, in that the ideological, political, and military drama of the times was largely driven by Communist movements and regimes, as well as by others that mimicked Communism or fought against it or did both.

Indeed, America’s exertion of global influence was itself a response to the threat of Communism and its outgrowths. Absent these threats, the U.S. might have rested content to remain a prosperous city on a hill. And whereas some 19th-century observers of America’s growth and progress had forecast its eventual preeminence, the emergence of Communism was unforeseen, constituting something new under the sun.

A. James McAdams, the William Scholl Professor of International Affairs at Notre Dame, has stitched together an impressive overall account of this “sad, bizarre chapter in human history,” as President Ronald Reagan called it. His Vanguard of the Revolution begins with Marx and Engels. It carries the story through Lenin’s seizure of power in war-decimated Russia to the deadly competition among Lenin’s would-be successors and the distinctive sanguinary stamp put on the movement by Stalin. He recounts the repudiation of (the deceased) Stalin by Nikita Khrushchev and then of Khrushchev in his turn by other Soviet hierarchs. He then traces the rise of Mikhail Gorbachev, whose reforms unintentionally brought about the downfall of Soviet Communism. But this is not only a story of the USSR. McAdams also covers the subjugation of Eastern Europe following World War II by local Communists working in conjunction with the occupying Red Army and relates the stories of Communists who succeeded in seizing power without Moscow’s direct help. These included Josip Tito in Yugoslavia, Mao Zedong in China, Fidel Castro in Cuba, even Enver Hoxha in Albania. Although Indochina is oddly omitted, the ground McAdams covers is vast, and he mostly covers it well.

McAdams aims, however, to do more than recount this sweeping story. He also offers a conceptual frame to help us understand it—and that frame is the party. “What is—or was—the Communist Party?” he asks. It was, he says, “one of the two most influential party institutions in the world . . . rul[ing] huge parts of the globe.” The other most influential “party institution” to which the Communist Party was “the primary challenger” was “the liberal-democratic party.”

Literally speaking, neither of these global “parties” existed. McAdams is being poetic or allusive. Having posited these imaginary entities, he then seeks to explain why the component parts of “the Communist Party,” that is, the various national Communist parties, “differed [from one another] in fundamental ways.”

Is this a meaningful question? Is it a wonderment that the Communist Party of Mongolia or Albania differed from the party in the United States? McAdams’s dilemma only arises from the construct—a single world-spanning “party”—he has created.

He argues, however, that we must “wean ourselves off the notion that the party should only—or, in many cases, even primarily—be understood as a formal organization.” Why? In order to solve still another “puzzle,” namely, “How could an institution that made such a huge mark on the world have been significantly different from what its progenitors imagined?”

Part of McAdams’s puzzlement may arise from giving too much credence to the good intentions of Communists. He describes the increasingly dictatorial behavior of Lenin and the Bolsheviks once they came to rule, but he prefaces this with the observation that they “encountered violent resistance at every turn.” This implicit exculpation turns the story on its head. The Bolsheviks initiated the violence by seizing power militarily in October 1917 from the democratically oriented provisional government only weeks before scheduled elections for a Constituent Assembly. When these elections, which the Bolsheviks were too fearful to cancel, returned an overwhelming non-Bolshevik majority, they sent troops to shut the body down. In short, they left any Russian not willing to submit to their absolute rule no way to resist except by violence.

McAdams is harder on Stalin than on Lenin, but he ventures that things might have been milder in Russia and China had Nikolai Bukharin and Liu Shaoqi come to the fore rather than Stalin and Mao. In addition to these speculations about the potential benignity of Bukharin and Liu, McAdams sprinkles in positive words about a variety of Communist rulers. Khrushchev was a man of “profound idealism.” Tito demonstrated how a Communist Party could be “creatively modified to respond to manifold societal problems.” China’s post-Mao rulers suppressed the democracy wall movement of 1978–79 and the Tiananmen Square protests of 1989 for fear not of democracy but of “disorder.” Castro, who “despaired over the poor prospects for democracy throughout Latin America” led a movement that “not only overthrew a dictator but, in the following decade, provided the republic with a government that ensured political stability through the acceptance of the charismatic authority of a single person.”

McAdams espies virtues not only in individuals but also in the Soviet system itself, after Stalin. From the 1960s into the 1980s, he writes,

one might reasonably credit the Soviet regime and its [Warsaw Pact] allies with seriously attempting to preserve some of the international movement’s original ideals. In an important way, “developed socialism” meant that their populations could expect to enjoy relatively decent lives.

McAdams is certainly not favorable toward Communism, but his assessment conveys none of the implicit indignation that suffuses the most illuminating accounts of various chapters in Communist history—those of Robert Conquest, Richard Pipes, Alexander Solzhenitsyn. Of course, nuance and balance are the hallmarks of good academic work, but an excess of these qualities can cloud the big picture. Communism rivals Nazism as the greatest man-made catastrophe of all time, and this terrible reality must in some way inform works on the subject.

Perhaps it is the absence of this that leads McAdams to his bewilderingly arid framework for analyzing Communist history. He focuses on the tension between the role of Communist parties as revolutionary organizations working to overthrow non-Communist governments and, where they triumphed, their later role as governing parties that are, as such, no longer insurrectionary. This scarcely distinguishes Communist parties from others. Hitler, once in power, dispatched his own movement’s radical faction in the “night of long knives.” Parliamentary socialists entering government have contented themselves with managing capitalism rather than replacing it as promised. Even such prosaic groups as Democrats and Republicans often say one thing when in opposition and something else when governing.

McAdams’s problem is that he poses his central question in a sterile way. The mystery is not that the party turned out differently from what its progenitors imagined. Most long-lived institutions do that. The true paradox can be expressed only in moral terms. Why did a political movement whose entire appeal rested on humanitarian ideals yield regimes that traduced those ideals as radically as any the world has known? Their cruelty and cynicism were characteristic not only of the rule of Stalin and Mao. They were also true of Communists whom McAdams portrays in a somewhat softer light: Lenin and Bukharin and Khrushchev and Liu and Tito and Castro—as well as all the rest.

Nor was it only after coming to power that these traits appeared. As early as 1914, Lenin’s machinations within the socialist movement elicited the trenchant comment from his sometime ally Georgii Plekhanov that “Lenin desires unity as a man desires unity with a piece of bread.” Lenin, in consolidating his grip on power, and later Communists, like Mao and Ho Chin Minh, in fighting for power, readily resorted to extraordinary brutality.

And successfully. While Whittaker Chambers, Arthur Koestler, Sidney Hook, Bertram Wolfe, and a raft of other Western intellectuals turned radically against Communism once they saw how badly Communist reality betrayed the abstract ideals to which they had been drawn, precious few from within the ranks of Communist parties that achieved power rejected the system afterward. The Montenegrin Milovan Djilas, once seen as Tito’s heir apparent, is the only clear case I know of. The other case, far more momentous but less clear, was that of Mikhail Gorbachev. He was indeed disillusioned with the system over which he presided, but he wanted to return it to some kind of true Leninism, whatever he imagined that was.

The answer to the paradox lies at least in part in the extreme historicism of Marxism and the ersatz religious nature of all varieties of socialism. Traditional religions connect man’s history and destiny to moral codes. Socialism offered its own version of history and destiny but without any moral code. Like other religions, it promised redemption, but this had nothing to do with the individual’s behavior except on the political plain. As Leon Trotsky put it: “Only that which prepares the complete and final overthrow of imperialist bestiality is moral, and nothing else. The welfare of the revolution—that is the supreme law.”

True to this belief, as McAdams reminds us, Trotsky, when he first lost out to Stalin in the power struggle to succeed Lenin, stood before his comrades and approved his own vanquishment, proclaiming, “The party . . . is always right.” By that token, the same would have had to be said when the struggle culminated in an ice axe implanted in Trotsky’s cranium.

The complete contradiction between the proclaimed values of the Communists and their actual behavior has been explored mostly by Djilas and other former Communists. It is disappointing that McAdams did not attempt to advance our understanding of this question. Were those who joined the party mostly dissembling from the beginning about their humane ideals? Was it merely power they were after all along? Or did their idealism give way to something else somewhere along the way? When and how? These are interesting questions McAdams does not touch. Nonetheless, by combining into a single volume so much of the history of Communism, he has produced a book admirable for its breadth and detail—a valuable if incomplete work. 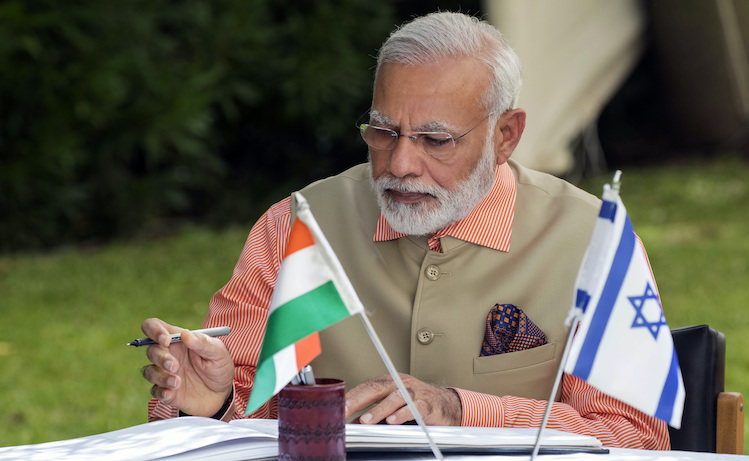