Like Karl Marx, John Judis speaks in the voice of prophecy. He yearns for the transformation of society to socialism. And he also believes it will happen, indeed that it is already underway.

The pandemic has, he says, “put the final nail in the coffin of the laissez-faire globalized capitalism that has prevailed since the days of Margaret Thatcher and Ronald Reagan.”

What he sees aborning is, as he writes in The Socialist Awakening, a new form of socialism “different … from what socialists who consider themselves to be ‘Marxists’ have envisaged.” For one thing, it will not call itself socialism. “Many elected Democrats are socialists in all but name,” he says. They, as well as a range of “organizations (including labor unions), think tanks, and policy groups . . . endorse much of the [Bernie] Sanders program, but are still unwilling to identify themselves and their platform as ‘socialist.’” Thus, “perhaps socialism will appear under an assumed name.”

This new socialism-by-another-name will not aim to replace capitalism entirely, at least not all at once. Today’s socialists, among whom he numbers himself, “see socialism as developing within capitalism . . . creat[ing] institutions and laws that fulfill the ethical ideas of liberty, equality, justice, democracy, and social solidarity.” More specifically, these institutions and laws, he suggests,

can include a stiff wealth tax that can be used to fund public programs or redistribute capital, “co-determination” laws that grant workers’ representatives equal power on corporate boards, the creation of regulatory agencies to police corporate behavior, and public ownership and control of essential services or industries (such as healthcare, education, transportation, and energy production).

Even from this brief list, we can gather that Judis’s idea of socialism is not all that attenuated. Taken together with existing government structures, what Judis outlines would put the lion’s share of the U.S. economy in the public sector while smothering what is left of private enterprise under multiple layers of government and union control. Nor would this be the end point, but rather, it seems, a transition to a fuller socialism.

True, Judis, who once edited a magazine called Socialist Revolution, apparently now eschews revolution, at least as a practical matter, but this scarcely makes his proposals new. Some socialists have been advocating a gradualist path at least as far back as Eduard Bernstein, who published Evolutionary Socialism in 1899.

In some ways, Judis demonstrates independence of mind. Contrary to the current rage of identity politics, Judis warns against “radical strictures over race, nationality, and gender” that he fears will divide the incipient socialist front that can be united by economic issues. As a proponent of the notion that America is organized into two classes, the wealthy 1 percent and everybody else, he embraces “populism.” He does so even though that political approach manifests itself today more to the political right than the left, while its “progressive” version in the early 20th century was associated with nativism, racism, and anti-Semitism. He also embraces nationalism, especially for the United Kingdom, arguing that Jeremy Corbyn’s Labour Party might have emerged regnant had it supported Brexit, however weakly. For the U.S. too, he says, “a viable socialism must be nationalist.”

Moreover, while he identifies Democratic Socialists of America as “the only significant” socialist group in the U.S., one to which he was or is close, he nonetheless gives it short shrift. And he is incensed at the DSA’s refusal to support any mainstream presidential candidate other than Bernie Sanders, meaning that it declined to support Joe Biden over Donald Trump.

However, despite these heterodoxies, the better part of Judis’s prophecy is painfully familiar. He demands that our politics attend to “the welfare of the many, not just the few”—a slogan I first heard at socialist meetings nearly 60 years ago, and it was hoary then. With admiration, he quotes Sanders thus: “You are richer emotionally as a human being when we have a community, when we care about each other, when we love each other, when we are compassionate—not when we are stepping on other people.” And he tells us that the young people who embody the emergent socialism “want a society based on cooperation rather than on cutthroat competition,” although he does not explain how all of this comports with nationalism and protectionism, which he also advocates. Apparently, kumbaya ends at the water’s edge.

This is not all that rings familiar in Judis’s rhetoric. He comes out of the socialist world, but a particular region of it. Although he invokes Bernstein and comes across as akin to a social democrat, his history is with the anti-democratic left. As he once put it, “I was raised on Marx and Marxism.” The magazine he edited and the New American Movement to which he subsequently belonged were not classically Communist; they didn’t look to Moscow as the socialist motherland and submit to party discipline. But neither did they have any patience for moderate socialists engaged in the give-and-take of parliamentary life. Rather, Judis’s crowd looked with favor on Communist regimes outside the Soviet Union—in China, Vietnam, Cuba—and cognate revolutionary movements in Asia, Africa, and Latin America.

One hears echoes of this history in Judis’s description of Corbyn as an “old-style anti-imperialist.” Soviet propaganda used to refer to its enemies as the forces of “imperialism.” In other words, “imperialism” was code for anti-Communism and “anti-imperialism” was code for pro-Communism. Corbyn, who was a columnist for the Communist-sponsored Morning Star newspaper and who surrounded himself with unregenerate Stalin-admirers, was an “anti-imperialist” primarily in this old Kremlin sense. Why does Judis choose to speak in this tongue?

Also telling, Judis flings the epithet “Trotskyist” at those he wishes to defame. Leon Trotsky never had many admirers, but the use of his name as a mark of opprobrium was common only in the vocabulary of adherents of Stalin, the rival who vanquished (and murdered) him. In the first decade of this century, Judis distinguished himself by propounding the absurd claim that neoconservatives supported the war in Iraq because they were influenced by “Trotskyism.” In this book, Judis, in giving a brief history of the American left, dismisses the Socialist Party of Norman Thomas after 1932 as consisting of the followers of Trotsky. There is not a scintilla of truth in this, and it is of no importance except that, like his mention of Corbyn, it reveals something about the furniture still decorating Judis’s mind. One might add that in 2014 Judis published Genesis, a book arguing that “the Zionist claim to Palestine had no . . . validity,” that Israel ought not to exist. This is not the place to join that argument but just to note that this is a view rare among authentic social democrats but common in the pro-Communist world.

When Judis mentions the Soviet Union, it is to lament the disagreeable image of socialism it left on Americans, without which, he believes, Sanders would have won the 2020 Democratic presidential nomination, thus hastening our journey to a socialist America. Yet, it was not the Soviet Union alone that gave Americans a dim view of socialism. There was also China and Cuba and Nicaragua and Venezuela and all of the countries that fell under the rule of the various parties and movements that were admired by the groups Judis belonged to and the magazine he edited. Some have argued that none of these represented true socialism, but this raises the question of why most of the many socialist experiments that the world has seen have been of this “untrue” type.

Of course, there is also the history of the social democratic parties of Western Europe and elsewhere, stained by none of the crimes of authoritarian socialism. But all of them abandoned the idea of creating socialism, often after trying and failing painfully. They settled instead for nurturing social-welfare programs while preserving economic institutions that were basically capitalist. Ergo, the British Labour Party campaigned in the 1990s as “the party of business.” The French socialists under François Mitterrand in 1981 attempted what they called a decisive “rupture” with capitalism. Judis mentions this in passing, noting merely that the attempt was “ill-fated.” The problem, however, was not fate. Within a year the economy began to sink, and Mitterrand executed an about-face. Socialist Party general secretary Lionel Jospin explained: “The aim is to bring about a real reconciliation between the left and the economy.” Mitterrand, Jospin, and their comrades had learned a lesson. Judis, it seems, has yet to learn it. 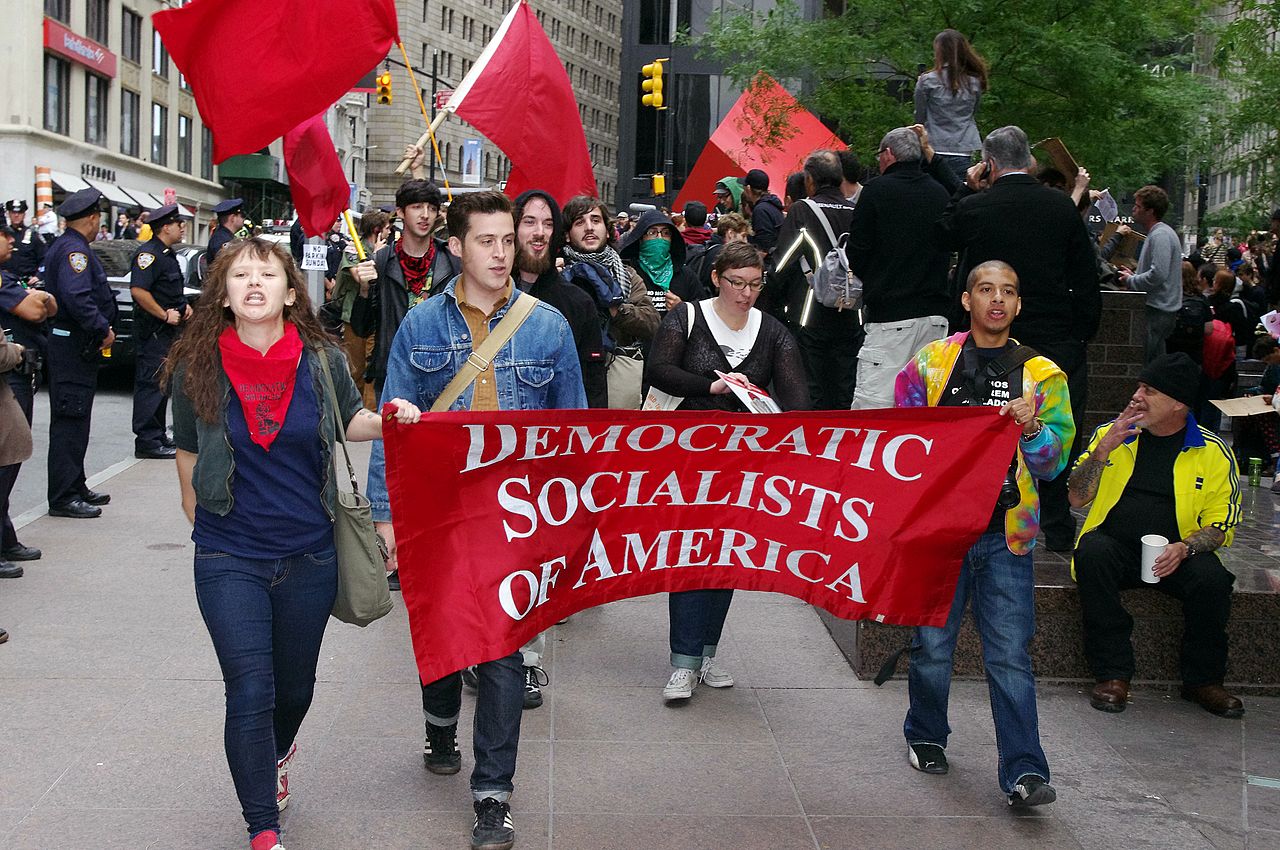