n May 9. 2013, a federal agency called the Office for Civil Rights (OCR) formally resolved a complaint filed against the University of Montana. The settlement broadened the definition of sexual harassment to include “verbal conduct”—in other words, speech—even in instances that “an objectively reasonable person of the same gender in the same situation” might not consider offensive. According to OCR, the resolution provided a “blueprint for colleges and universities throughout the country.” Amid a national outcry about the free-speech implications of the new policy, OCR clarified that the blueprint might not be a blueprint after all, and that other colleges might not eventually be bound by its terms. 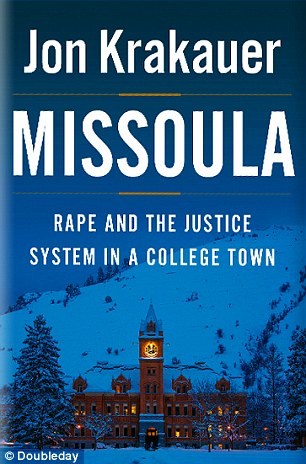 Missoula, a new book by the bestselling adventure-book author Jon Krakauer, describes many of the events that prompted the OCR action. But readers hoping to understand why a federal agency so grievously overreached itself will be disappointed. Instead, Krakauer, who mentions the blueprint only once, passionately defends efforts by the Obama administration to ensure that more college students accused of sexual assault will be found guilty. Krakauer’s ill-concealed hostility to defense attorneys specifically, and to the fundamental principles of due process more generally, provides a chilling endorsement of a campus environment in which civil liberties would have virtually no place.

Missoula, which focuses on five women who reported being sexually assaulted, opens with a harrowing story. In 2010, a University of Montana football player named Beau Donaldson raped his longtime friend Allison Huguet. The rape deeply traumatized Huguet, who was not a Montana student, and she eventually went to the police; Krakauer describes the lead detective as “uncommonly empathic.” Donaldson was arrested, pled guilty, and received a 30-year prison sentence, with 20 years suspended. The system, in short, worked as it should have: A crime victim reported an assault to police, who used their investigative experience and legal powers to handle the matter professionally. The local prosecutor then ensured that the criminal went to jail.1

Donaldson’s conviction sets the stage for the book’s main tale, which is the rape trial of Jordan Johnson, the football team’s star quarterback. Johnson and his accuser, whose name Krakauer does not reveal, were not old friends, but instead potential romantic partners; they engaged in flirtatious banter over hundreds of text messages, and at a February 2012 party, she said, “Jordy, I would do you anytime.” The next night, the two agreed to watch a movie together at the accuser’s house. According to Krakauer, the accuser hoped to “maybe snuggle a little if the opportunity presented itself.”

It must seem a blessing to Krakauer, who finds the criminal-justice system not to his liking, that college students accused of sexual assault are being handled by a different process on their campuses.

After arriving at the house, the two lay down together on the accuser’s bed, watched a movie, and made out. A few minutes later, however, the accuser said that Johnson forced her down; after he ejaculated and went to a bathroom to clean up, she texted a housemate, “Omg, I think I might have just gotten raped.” Johnson maintained that the intercourse was consensual and that the two even discussed his use of a condom. The facts of the case were hardly clear-cut, but, as with Huguet, both the police and the prosecutor treated the accuser with kid gloves. Johnson faced a trial; after deliberating for scarcely two hours, the jury, which seemed far less convinced than Krakauer that the accuser actually was “the victim,” acquitted Johnson.

Krakauer attributes the jury’s failure to agree with him to the sinister efforts of Johnson’s lead defense attorney, David Paoli, a “bully” whose “words flew out of his mouth like panicked bats hurtling from a cave.” The author criticizes Paoli for “aggressively challeng[ing] every conceivable inconsistency in [the accuser’s] prior testimony.” Krakauer doesn’t say how the attorney, whose client could have gone to prison for life if convicted, should have handled the many odd pieces of evidence in the case. The accuser, who suffered from preexisting emotional problems, offered conflicting statements about whether she and Johnson had discussed his using a condom. She admitted that before she slept with Johnson, she had dreamt about another Montana football player’s raping her. She said that she wanted Johnson to suffer, only to (falsely) deny having made the statement. And she wrote to a friend that “the whole situation makes me think I just lied.”

In Krakauer’s telling, Paoli’s behavior in defending his client reflects profound flaws in an American legal system that “encourages defense counsel to be as mendacious as possible” and “promotes chicanery, outright deceit, and other egregious misconduct by trial lawyers.”

It must seem a blessing to Krakauer, who finds the criminal-justice system not to his liking, that college students accused of sexual assault are being handled by a different process on their campuses. In this system, students lack meaningful right to counsel, since even schools that allow legal representation usually don’t allow an accused student’s attorney to speak in the hearing. They often can’t cross-examine their accuser. They aren’t required to receive whatever exculpatory evidence the threadbare college investigation uncovers. Their accusers don’t have to testify under oath. And, thanks to a 2011 directive from the Obama administration, they can be deemed guilty if the college tribunal is only 50.01 percent sure that the accuser is telling the truth.

In October 2011, following a night of drinking, a Montana student named Kaitlyn Kelly encountered a drunken male “cutie” and invited him back to her room for sex. But Kelly’s roommate and her boyfriend were already in the room, asleep. Kelly said that the student she accused (whom Krakauer calls Calvin Smith) got into her bed, and that she followed him. At that point, accounts diverge. Kelly said that she fell asleep and awoke to Smith raping her; Smith recalled little but said that the intercourse was voluntary. After the students were interviewed, both the detective handling the case and the assistant district attorney concluded there was no probable cause to bring charges. Though admitting that the case would have been “challenging” and any trial “might have ended” with an acquittal, Krakauer denounces the decision not to prosecute Smith as “hard to fathom.”

Krakauer explains that we needn’t much worry about the dangers of false allegations, since law-enforcement officials “generally do a pretty good job of weeding out false rape accusations to avoid charging the innocent.” But when police and prosecutors reject his extreme victims’-rights approach, as in the Kelly case, suddenly he finds their judgment “hard to fathom.”

In addition to going to the police, Kelly had filed a complaint through the university disciplinary system, invoking the authority of Title IX. According to Krakauer, this legislation from 1972 known for ensuring gender equality in intercollegiate athletics “also required institutions of higher education to establish a comprehensive system for handling sexual-assault complaints.” Actually, until the Obama years, no administration, Democratic or Republican, had interpreted Title IX in such a “comprehensive” fashion.

To his credit, Krakauer accurately conveys the Orwellian university procedure that Smith experienced. (Unlike criminal trials, virtually all university disciplinary proceedings occur in secret, allowing unfair procedures to escape public scrutiny.) Despite the conclusions of the police and prosecutor, Montana dean of students Charles Couture—whose experience came not in law enforcement but in university admissions—deemed the student a rapist. Couture based his decision in part on grounds that Smith admitted he was “really, really drunk” and that he had not remembered “very much about the incident until sometime later.”

Smith appealed to what Montana calls its “University Court.” His lawyer, who could not speak in these proceedings, asked the local prosecutor to appear as a witness. She informed the panelists that unlike most alcohol-related cases, Kelly had told police that she planned “to go back to her room and have sex. So we don’t have the whole really blurry consent issue that we normally do.” The prosecutor also described statements made by parties and witnesses to the police, which the university did not possess. The university’s general counsel, worried about a possible miscarriage of justice, urged delaying the proceedings so panelists could review this material if and when it became available. Outraged, Dean Couture proclaimed that his own university’s chief legal officer needed “shutting down” and had “no right to participate.” The dean’s view prevailed. The “University Court” expelled Smith.

So the University of Montana branded one of its students a rapist even though police found no probable cause that he committed a crime, after a procedure in which the disciplinary panel learned that it didn’t possess all the relevant evidence, and over the stated objections of both the local prosecutor and the university counsel. Krakauer’s chief complaint is not the fundamental unfairness of such a process, but that despite the university’s actions, Kelly could not “testify in a court of law about how Smith violated her body and wounded her soul,” because the police investigation couldn’t substantiate her claims.

Krakauer concedes that “Missoula had an incidence of sexual assault that was in fact slightly less than the national average.” Yet he wants these crimes treated differently solely because they involve college students. Krakauer rejects the argument that universities should “turn over sexual-assault cases to law-enforcement agencies,” because the criminal-justice system contains too many “formidable procedural obstacles.”

In one respect, the cases profiled in Missoula are highly atypical. While each of the book’s accusers went to the police, the vast majority of campus sexual-assault accusers do not seem to do so, and the current atmosphere on campus strongly discourages accusers from involving law enforcement. Even Krakauer admits that the police play a critical role in avoiding the monstrous act of charging an innocent. Absent a police investigation, an accused student is on his own, subjected to a process reliant on scattershot evidence, lacking even minimal standards of due process, in an environment in which virtually all bureaucratic and ideological factors pressure disciplinary panels to return a guilty finding.

Despite a throwaway line about the need for “scrupulously respecting the rights of the accused,” Krakauer seems to have no problem with such a system. After all, he breezily reasons, improper acquittals happen “much more frequently” than false convictions. And in any event, the procedure Montana used to deem Smith a rapist makes good sense, because it balances the rights of the accused and accuser. “It’s easy to forget,” the author argues, “that the harm done to a rape victim who is disbelieved can be at least as devastating as the harm done to an innocent man who is unjustly accused of rape.”

Krakauer cites no evidence for this startling proposition. But in the world of college kangaroo courts, too often, evidence is not needed. We can, and should, hold books to a higher standard.


1 During Donaldson’s sentencing hearing, Huguet addressed her attacker: “I truly think you deserve to be raped every day until you understand the pain this has caused me . . . until you get it, Beau.” (Huguet’s sister had offered similar hopes for Donaldson’s experience while incarcerated.) Though these responses are understandable, such thirst for vengeance might seem troubling in a society that has finally awakened to the scourge of prison rape. But while Huguet’s remark received prominent attention in the local newspaper, Krakauer buries it, without comment or analysis, amid pages of a transcript-like recapitulation of the hearing.