anessa Grigoriadis’s new book on the campus sex crisis, Blurred Lines, features some startling assertions. Grigoriadis observes that accusers’ exaggerating claims probably “happens more often among students than in the larger culture”—even though reaching this conclusion felt like “a betrayal of womankind” for her. The college adjudication system that handles these claims is “flawed,” she writes, because “the institutions lack the powers that a court has to gather evidence, subpoena witnesses, and so forth.”

And after reading a score of legal complaints from accused students, Grigoriadis concludes that the students’ “position that they’re innocent—if not by the letter of university codes, then by the spirit—is strong.” No wonder many of the male students she interviewed were possessed of an “intense and primal” fear of “being falsely accused.” Grigoriadis further asserts that activist groups such as Know Your IX or End Rape on Campus adopted a strategy of “overstating the case and conflating lesser slights with forcible rapes.” College administrators, Grigoriadis reports, spoke to her of “students out there who are claiming assault when they haven’t been assaulted and then claiming trauma from the [nonexistent] assault.”

These observations challenge the foundations of the Obama-era campus sexual-assault policy, which was indifferent both to due-process concerns and the possibility that not all accusers were actually survivors of sexual assault. Through “guidance” documents, since rescinded by Education Secretary Betsy DeVos, Obama officials reinterpreted Title IX of the Education Amendments of 1972 to force colleges to adopt procedures for campus tribunals that dramatically increased the chances of guilty findings. This material is all the more arresting coming from an author who clearly sympathizes with the campus activists. Grigoriadis opens her book with a flattering portrayal of Columbia “mattress girl” Emma Sulkowicz, who claimed that a fellow student raped her and about whom Grigoriadis already had written an article she herself describes as “sympathetic.” She labels as “heroines” the accusers’-rights leaders who exaggerated claims. And she enthusiastically backs the standard of “affirmative consent”—even though, by flipping the burden of proof to the accused student, this novel notion “effectively render[s] students guilty until proven innocent,” as Robert Shibley of the Foundation for Individual Rights in Education (FIRE) has written.

The question raised by a reading of Blurred Lines is whether Grigoriadis’s sympathies will win out over her findings. Distressingly, they do. Grigoriadis follows her ideological preferences and declines to entertain the logical conclusions of some of her more provocative discoveries. Instead, she retreats to a zealous belief that universities “are equipped to handle assaults among students, and they’re getting better at it all the time.” Showing the extent to which defenders of the Title IX status quo have abandoned long-held legal principles, Grigoriadis frames the central question: “Should we prioritize fair punishment of the one in a thousand [students who allegedly get charged] over the need for justice of the one in five or ten?” She appears unwilling to acknowledge that fair procedures are vital to achieve “justice” for both sides—and for universities as well.

While Grigoriadis mostly maintains a neutral tone, the mask occasionally slips. She labels Betsy DeVos—who favors same-sex marriage—as the “most important religious-right supporter in America.” She gushes about the trauma theories of Michigan State psychology professor Rebecca Campbell, whose ideas were recently compared to “junk science” in an Atlantic exposé by Emily Yoffe. And she describes as “a more typical campus predator” Brock Turner, a former Stanford student who sexually assaulted a woman in public, in front of witnesses, and could fully defend himself at trial. Scarcely a handful of campus sexual-assault allegations have featured all three of these characteristics.

Grigoriadis generally looks the other way when her findings might cast doubt on the statistics that upheld the Obama administration’s guilt-tilting policies. She concedes that “there are few, if any, representative national numbers about college sexual assault,” and she does interview a critic of the much-discussed claim that 20 percent of the nation’s roughly 10 million female undergraduates will be sexually assaulted while in school. Yet 137 pages later—without acknowledging these earlier points—she asserts that “something along the lines of one in five girls will be victimized over the course of college.” Does this figure include the millions of part-time students? Students at nonresidential institutions? Those enrolled in distance-learning programs? Grigoriadis doesn’t say.

She also downplays claims of innocence by noting that “repeated studies have demonstrated that just 2 to 8 percent of all accusations are false.” She doesn’t cite any of the studies, which define falsity very tightly; the author of one even declined to deem “false” the allegations in the 2006–7 Duke lacrosse case (which Grigoriadis believes occurred in the “early 2000s”). Nor does she explore whether the correct number of not-guilty findings is higher, perhaps substantially so, than the number of “false” claims, since most cases in these studies are inconclusive or unfounded, rather than clearly false or true.

When all else fails, Grigoriadis returns to her rote faith that the current campus Title IX system is working well. If the students of Know Your IX are her heroines, her hero is Brett Sokolow, who helms several companies that provide training, adjudication, and legal advice to colleges on Title IX matters. Sokolow, who termed the Obama administration’s Dear Colleague letter “one of the most important moments of my professional life,” once dismissed FIRE as “sticking up for penises everywhere.” Neither of those quotes, which might raise questions about his partiality, appears in the book.

For a book eager to defend the effectiveness of campus Title IX investigations, Grigoriadis spends remarkably little time examining actual campus adjudications. She covers a few highly atypical cases involving star football players, where schools seemed eager to cover up any and all offenses for financial reasons. A few more, including cases at Auburn, Occidental, and North Dakota, involved what were at best dubious allegations other reporters have persuasively argued the schools mishandled. Perhaps the most factually ambiguous case Grigoriadis examines came from the University of Tennessee-Chattanooga. Nothing in her recounting of it inspires confidence in her assertions about the validity of university disciplinary procedures.

In 2014, UTC student Molly Morris claimed that a fellow student, Corey Mock, sexually assaulted her after a party where both students had been drinking. Grigoriadis spends several hundred words laying out the events and sympathetically portraying Morris, whom she interviewed. (Grigoriadis does not indicate whether she sought to interview Mock.) She ends the section with a brief description of UTC’s adjudication: “It doesn’t seem like UTC could figure this out, so they eventually reminded both parties of the school’s affirmative-consent standard and expelled Mock for violating it. But on appeal, a Tennessee court overturned the decision in a complex reading of burdens. The judge wasn’t so sure affirmative consent was lawful, and she noted that Morris didn’t claim that she’d said no. UTC readmitted Mock.”

Grigoriadis’s discussion of the case’s adjudication is badly incomplete. The book recounts Morris’s claim that she was drugged but doesn’t mention that she declined to provide the results of a drug test to UTC. Grigoriadis likewise ignores how the initial UTC adjudicator, Joanie Sompayrac, issued 49 findings of fact in determining that Mock was not guilty. (That decision was reversed after the university’s chancellor intervened at Morris’s request, but the findings of fact remained.) The chancellor then denied Mock’s appeal by claiming Morris had been intoxicated—even though Sompayrac had found that Morris’s “testimony did not convince the hearing officer she was intoxicated.” After he was expelled, Mock didn’t “appeal,” as Grigoriadis claims—he filed a lawsuit, which cost his family more than $40,000 in legal fees. And the judge’s ultimate decision was unequivocal: She held that the chancellor had failed to adhere to his own institution’s disciplinary code by “erroneously shift[ing] the burden [of proof] onto Mr. Mock.”

Mock was not a particularly sympathetic figure. But UTC’s handling of his case helps demonstrate why the current campus system has so often gone astray. The fact that Vanessa Grigoriadis describes it so poorly is one of the many reasons Blurred Lines is such a disappointment. 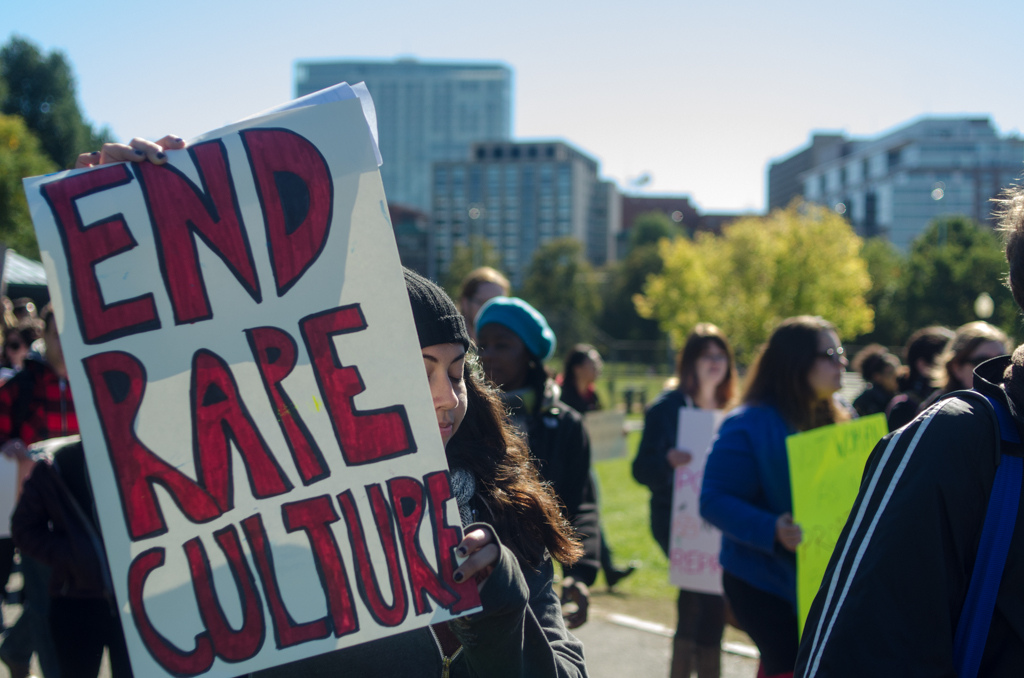