Last May, Zoom-bombers hijacked a Stanford University townhall and broadcast racist messages that displayed images of swastikas and weapons and made use of the N-word. This incident caused widespread distress, including among Stanford’s Jewish community. Nevertheless, the diversity committee at Stanford’s psychological counseling division decided to omit mention of anti-Semitism in its post-mortem of the incident so as not to overshadow anti-black racism.

To be clear, Stanford’s diversity experts do not avoid Jewish issues altogether. In January of this year, diversity trainers described how Jews are connected to white supremacy. Another has boasted that she takes an anti-Zionist approach to social justice. Jewish staff have reported being pressured to attend the diversity and inclusion program’s racially segregated “whiteness accountability” affinity group, created for “staff who hold privilege via white identity” and “who are white identified” and “may be newly grappling with or realizing their white identity, or identify as or are perceived as white presenting or passing (aka seen as white by others even though you hold other identities).”

This phenomenon is well-described by British comedian David Baddiel in Jews Don’t Count. Baddiel begins with the story of Holly Williams, the Observer book critic who panned Charlie Kaufman’s excellent novel Antkind (2020) for providing only a “white-male-cis-het perspective.” Williams didn’t mention that Kaufman is Jewish and that his narrator, B. Rosenberger Rosenberg, is “Jewish-looking” with a “rabbinical beard” and is addressed as “Jew” and subjected to such greetings as “F**k you, Hebrew.” For the reviewer, Antkind presents only a “white-dude inner life.”

The problem, as Baddiel describes through such examples, is that Jewish identity is erased in progressive circles. This can be gleaned easily enough in discussions of “cultural appropriation.” Google “cultural appropriation food” and one finds outrage about affronts to Chinese, Indian, or Caribbean culture. But when one adds “Jewish,” one finds only articles chastising Jews for appropriating Palestinian foods. Baddiel finds not a single blog post, article, or tweet about the appropriation of bagels, chopped liver, chicken soup, or corned beef.

Similarly, Jewish actors are criticized for playing other minorities, but no one is criticized for playing a Jew. Scarlett Johansson was blasted for accepting the role of a trans sex worker. Gal Gadot was slammed for agreeing to play Cleopatra, the Ptolemaic queen. By contrast, Al Pacino, Gary Oldman, John Turturro, and countless other non-Jews have played Jewish characters without public protest. The question is not whether it should be acceptable for these actors to play Jewish characters. The question is: Why the double-standard?

Baddiel goes further, maintaining that non-Jewish actors get away with performing in “Jewface.” This is personal for Baddiel, who has been criticized for his blackface impression of a British soccer player on British television. Baddiel does not defend his own use of blackface but argues that a double standard applies to Jews. His example is Al Pacino in the Amazon Prime series Hunters. The point, Baddiel emphasizes, is not that Pacino wears any obvious Jewish makeup when he plays a Jewish character, “except a beard, and little glasses, and his costume, a black rabbinical suit.” The point rather is that he plays the character, in Baddiel’s phrase, “really f**king Jewishly” (emphasis omitted).

When Jews speak about anti-Semitism, others, including progressive non-Jews, feel no compunction about telling Jews that what they have experienced is not racist. This begins with the assumption that Jews are white. But, as Baddiel argues, “Jews are not white. Or not quite. Or at least they don’t always feel it.” Jews are not safe from prejudice, dispossession, and mistreatment. The irony is that white supremacists generally see Jews as non-whites, even as corrupters of the white race. According to this Law of Schrödinger’s Jew, Jews are either white or non-white depending on the politics of the observer. That is to say, Jews tend to assume the appearance of whatever group the observer most dislikes: white (even “hyper-white,” as some have put it) to the progressive anti-racists but non-white to the Aryan supremacists.

Author Ben Freeman made the same point when he coined the term “erasive anti-Semitism,” which refers to erasing Jewish identity or denying Jewish victimhood. The former is when you insist that B. Rosenberger Rosenberg is nothing but a “white dude.” The latter is when you say that anti-Semitism should not be addressed at Stanford. Daphna Kaufman expanded on Freeman’s article in a March 2021 Reut Center policy paper. Kaufman explains that erasive anti-Semitism unfolds in three steps. First, it denies Jews and Jewish communities the right to self-define and to present their own narrative. This can be seen, for example, when progressives reject the International Holocaust Remembrance Alliance’s Working Definition of Anti-Semitism in favor of other statements, such as the Jerusalem Declaration, which downplay the relationship between anti-Zionism and Jew-hatred. Next, Jews are blamed for the discriminatory power structure that the progressive movement opposes, building upon age-old stereotypes of Jewish power, conspiracy, and control. Finally, the process neutralizes Jewish voices on anti-Semitism, challenging the legitimacy of Jewish advocacy. This can be seen when anti-Israel activists are described as “human-rights organizations,” while Jewish civil-rights groups are dismissively labeled “the Israel lobby.”

Disappointingly, many Jews participate in their own erasure, especially if they are eager for acceptance into elite circles. It was, after all, Jewish labor union leader Randi Weingarten who castigated American Jews for becoming “part of the ownership class” and, worse, for wanting “to take [the] ladder of opportunity away from those who do not have it.” It should be noted here that B. Rosenberger Rosenberg repeatedly denies that he is Jewish. The fact is, as Charlie Kaufman’s readers know, Rosenberg is clearly Jewish but, like too many Jews, is ashamed and conflicted about his identity. He may prefer to view himself as vanilla, but this reflects only his own ambivalence. Those who observe Rosenberg will see him in very different ways, depending not on his prejudices but their own. And where that leads is not hard to foresee, whether in Kaufman’s novels or on the college campus. 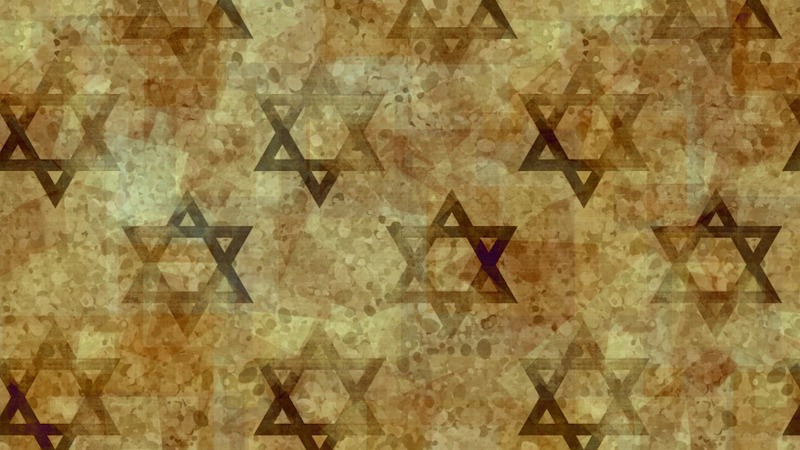 Kenneth L. Marcus is founder and chairman of the Louis D. Brandeis Center for Human Rights Under Law, which represents members of Stanford University’s Counseling and Psychological Services division in connection with matters discussed here.