I’m trying to picture how far the media would turn up the outrage meter if President Trump governed like Lyndon Johnson, and I can’t do it; my imagination isn’t expansive enough. In Great Society: A New History, Amity Shlaes presents a deeply researched, briskly told account of an era of tumult that was promoted and in many cases even funded by the federal government. If you want to be reassured that we of the Trump Era enjoy the privilege of relatively placid times, this is the book to read.

Johnson once said, of Martha’s Vineyard, “we ought to blow up that goddamned island.” He (according to some accounts) grabbed the Fed chair William McChesney Martin by the lapels while shoving him against the wall and barked, “Martin, my boys are dying in Vietnam and you won’t print the money I need.” To reduce the amount of money leaving the country, Johnson called for a moratorium on all American tourism outside the Western Hemisphere for two years. He used the FBI and CIA to track his political enemies. Oh, and imagine if President Trump were forcing hundreds of thousands of men to go to war in an obscure corner of the world for poorly defined reasons, and that tens of thousands of these young men, disproportionately poor and members of minority groups, were getting killed or maimed.

Shlaes leaves Vietnam mostly to one side, though, presenting instead a panorama of the blithe and bizarre methods that Washington used in upending America in the interest of destroying racism and poverty. Her portrait of the Great Society’s signature actors contains multitudes. There are capitalist business titans, labor leaders such as the canny UAW chief Walter Reuther with his vision of turning America into a Scandinavian social-welfare democracy, intellectuals such as Daniel Patrick Moynihan, mayors such as Sam Yorty of Los Angeles, community activists, cabinet secretaries, and the president who demanded the legislation and spending that set all of the above in motion.

I should say presidents, plural; Richard Nixon, after campaigning against everything Johnson did, not only continued with the Great Society but poured even more resources into Johnson’s programs and introduced new ones of his own. Nixon’s mass codification of Johnson’s vision yielded a society in which federal intrusion in most everything down to the contents of school lunches is simply taken for granted.

How did we get here? Shlaes shows how, immediately after JFK’s assassination, Johnson handpicked his own Kennedy, brother-in-law Sargent Shriver, to lead the new poverty department, dubbed the Office of Economic Opportunity. Shriver’s strategy was indirect: He sought to distribute monies to community-activist groups. Some of these groups were coached to agitate in the streets as Democratic mayors such as Yorty and Chicago’s Richard Daley (who wanted to direct the funds themselves) reacted with bewilderment. Daley could not quite believe that the Woodlawn Organization on Chicago’s South Side, which worked with gang members to create chaos, was getting Shriver’s funding. Via the Newark Community Union Project, “occupying a mayor’s office was now a federally sanctioned activity,” Shlaes writes. She quotes one activist who crowed: “The War on Poverty became a government for those of us in opposition.”

Johnson ordered his aide Bill Moyers to “just put a stop to it at once,” meaning money for rioters, even as Shriver kept coming up with more and more creative ways to spend. His office was responsible for a ludicrous variety-television propaganda special that aired in June 1965 hosted by the disc jockey Murray the K called It’s What’s Happening, Baby! This was in essence a 90-minute advertisement for the OEO’s wonderful menu of community services, and it implicitly pleaded with the youth to sign up for groovy job training and civics classes instead of throwing rocks at police.

Gradually the OEO grew and evolved into the social-services blob we know today, a vast interlocking web of handouts intended to make good on Johnson’s famous June 4, 1965, vow, in a commencement address at Howard University, to deliver “equality as a fact and equality as a result” to black America. That didn’t happen, of course, but the book is a devastating illustration of how the statist/progressive thirst can never be slaked; no matter how much money is being spent, no matter how many protective regulations are put in place, it is never enough. As Washington forced its way into every economic and social question, the style of architecture employed in the bonanza of federal construction to house the new agencies, fittingly, was brutalism. It’s the kind of amusingly harmonious detail Shlaes never misses.

As she did in The Forgotten Man, her New Deal history in which we encounter Franklin Roosevelt fixing the price of gold while lounging in bed, Shlaes keeps landing on perfectly apposite moments that didn’t turn up in the history books. Over the course of a decade, America became a place at war with itself, in a thousand different ways. In St. Louis, police patrolled the Pruitt-Igoe housing projects to make sure fathers weren’t present with their families, on pain of withdrawing their apartments. In the same complex, administrators had to budget $1,700 a day to undo vandalism, for instance, replacing copper wiring stolen and resold by the building’s own tenants.

Meanwhile Shriver’s “community-action” groups morphed into armies of litigators, as the federally funded legal team of the California Rural Legal Assistance Fund set the stage for a new era of suing the government by successfully demanding greater welfare payments based on novel legal theories. CRLA, by the way, had its initial request for a federal grant of $750,00 rejected by the OEO—which insisted it take $1.3 million instead. In the War on Poverty, the lawyers won. 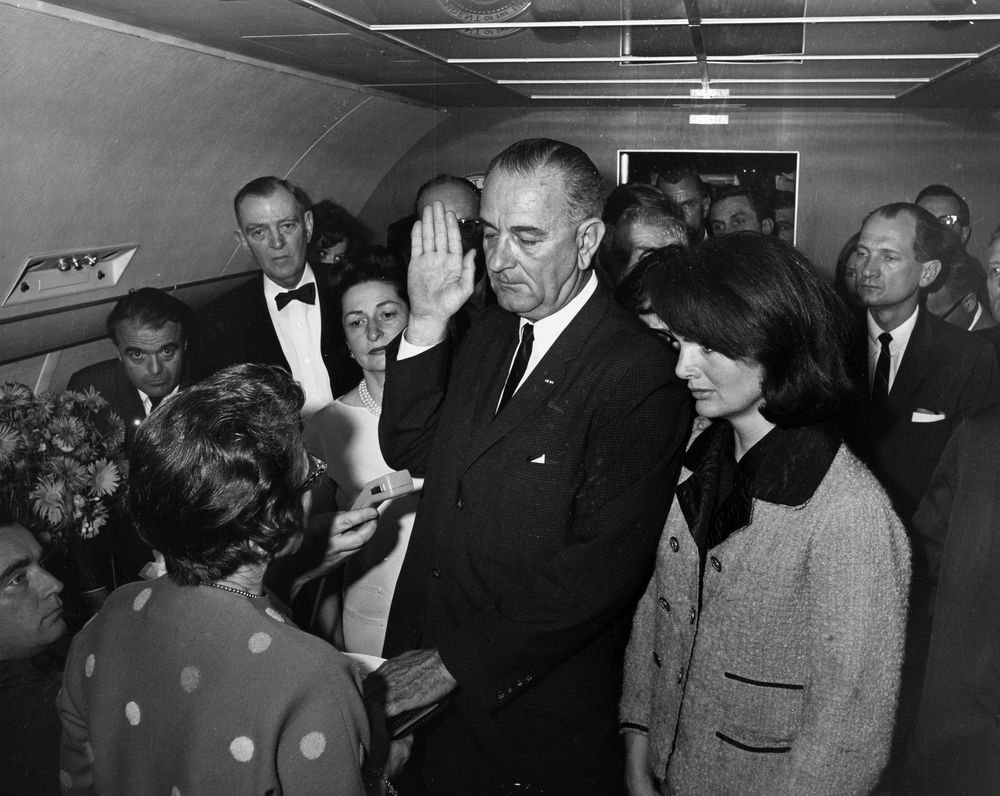