Donald Trump presidency would be an unknown on many fronts, but on one issue he has been clear from the moment he announced his candidacy. He aims to stop illegal immigration to the United States once and for all. His plan is to build an impenetrable wall across the border with Mexico and deport the 11 million illegal immigrants currently living here.

Trump says that his wall will cost a mere $8 billion to construct along some 1,000 miles of the approximately 1,900-mile border with Mexico—much of the rest of which, he admits, already has substantial natural barriers. But the U.S. has already built fencing along about a third of the border, and it has positioned vehicles and set up high-tech surveillance in the most heavily trafficked areas. According to the Congressional Research Service, the cost to date has been $7 billion to build and maintain the less lengthy and substantial barriers, which suggests Trump is grossly underestimating the cost of his plan.

It will take a huge engineering feat to build a wall 30- to 40-feet tall, higher than the Great Wall of China and buried deep in the ground to prevent tunneling, along land that stretches from deserts in Arizona to mountains in New Mexico, two-thirds of which includes riverbanks. We know Trump is a fan of eminent domain, but not all those ranchers whose lands would have to be taken to build the wall might feel the same, despite their complaints about trespassers from Mexico. Nor do Trump’s figures likely take into account compensation for the land seized. And of course there are environmental impacts that would have to be considered by agencies and the courts, which would slow down the process by years, perhaps decades.

Several structural engineers have weighed in on social media, estimating the cost of building the Great Mexican Wall; one took the trouble to price materials alone, including cast-in-place concrete, pre-fab concrete slabs, and rebar, which amounted to $17,073,806,000, roughly the size of the annual budget for the National Security Agency. Of course, Trump insists Mexico will pay for it. But who, I wonder, does he think will build it, especially with the construction workforce in the U.S. reduced by some 15 percent once he has deported those construction workers who are illegal immigrants?

Trump has never explained in detail how he will accomplish his task of rounding up illegal immigrants, but he has spoken favorably of “Operation Wetback.” The program instituted during the Eisenhower administration resulted in many deaths, including 88 people in one roundup alone who died from heatstroke in the Mexicali desert where they were dumped. Much has changed from the 1950s for the better, and those changes make unthinkable the kind of dragnets of the 1920s, ’30s, and ’50s that forced out thousands of legal aliens and American citizens along with illegal immigrants. But, for the sake of argument, let’s suppose that President Trump could make good on his promise to triple the number of border-enforcement agents, create a “deportation force,” and round up 11 million illegal immigrants and their American-citizen family members. “We’re going to keep them together, but they have to go,” he said. Legality aside, what would all this cost American taxpayers and the U.S. economy if Trump got his way?

The American Action Forum (AAF), a center-right research organization founded by Douglas Holtz-Eakins, former Congressional Budget Office director, estimates that it would cost some $300 billion to remove all 11 million illegal immigrants in two years, as Trump has promised to do. The program would be Big Government writ large, requiring an increase in apprehension personnel from the current 4,844 to some 91,000; increasing the number of detention beds available from today’s 34,000 to nearly 350,000; upping the number of immigration courts to handle cases from 58 to 1,136 and the number of attorneys from 1,430 to 32,445; and adding a minimum of 17,296 chartered flights and 30,701 chartered bus trips each year.

But the real cost of Trump’s proposal is far greater than expanding the federal budget. Illegal immigrants live, work, buy, and rent in our communities, and they pay income, property, and sales taxes. They are deeply imbedded in our society, providing their goods and services while consuming others. AAF estimates that the removal of illegal immigrants over two years would result in a “sudden and deep recession similar to what the United States recently experienced during the Great Recession.” The workforce would shrink by some 6.4 percent in two years, or some 10.3 million workers. As a result, AAF estimates, the economy would be 5.7 percent smaller at the end of Trump’s second year in office than it would have been, and real GDP would be $1 trillion lower, wiping out all gains over the last three years. And these figures do not even take into account the future losses incurred because we will have removed children we paid to educate but who will not repay this investment with future taxes after we’ve sent them packing with their parents.

Trump would also institute a “pause” in legal immigration, one that he says might last two years, while out-of-work Americans supposedly will rush to fill jobs immigrants, legal and illegal, now take. But there is no evidence that Americans would rush to pick fruits and vegetables, de-bone chickens, scrub office floors and toilets, the jobs illegal immigrants currently dominate. Nor will there be enough American engineers, scientists, mathematicians, and other specialists to fill jobs that now go to high-skilled legal immigrants. If he got his way, a President Trump would leave America smaller and poorer. This is not a blueprint to Make America Great Again but very nearly its opposite. 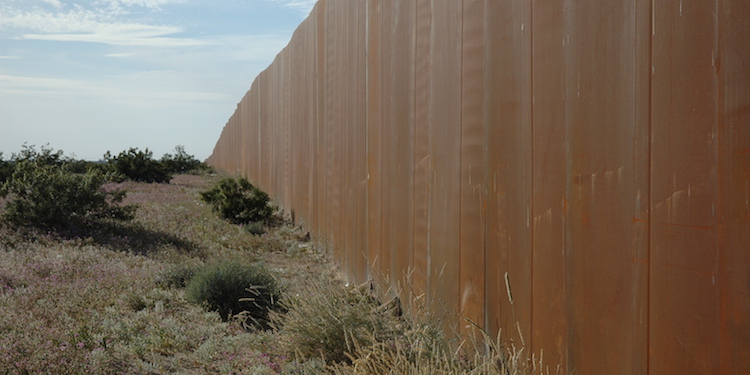 Linda Chavez is a political commentator and the chairman of the Center for Equal Opportunity. This is the third short story about North Korea she has published in Commentary. They are parts of a collection in progress: Stories of the Hermit Kingdom.