n one of his last poems, Joseph Brodsky declared: “I’ve been reproached for everything but the weather, / and often exerted a severe judgment upon myself, / but soon, as they say, I will take off my epaulets, / and will become simply a single star.” Brodsky, who died in 1996 at 56, eight years after winning the Nobel Prize, was the last Russian poet to “have been reproached for everything but the weather”—to have been thought of as a figure equal to history itself in the manner of Pushkin or Mandelstam or Pasternak. Venerated during his rise to fame as the living incarnation of the destroyed Russian poetic culture in the Bolshevik desert, Brodsky cultivated the image of the artist at the service of language and fate. More cynical observers were put off by what they saw as Brodsky’s unabashed self-aggrandizement and thirst for fame, especially after his immigration to the United States in 1972. The publisher Ellendea Proffer Teasley’s memoir of the poet, which became a sensation when it was first published in Russian three years ago, provides a penetrating and at times deeply moving account of both the myth and the man behind the work. She renders the Brodsky she knew not just as a great poet and deeply imperfect human being, but also as a political thinker who was uncompromising and unforgiving in his beliefs.

Proffer Teasley and her first husband, Carl, both American students of Russian literature, began to travel to the Soviet Union in the late 1960s and befriended prominent writers, dissidents, and intellectuals. At the University of Michigan, the Proffers started a scholarly journal and a publishing house called Ardis, which put out in both Russian and English the “intense” Russian literature they fell in love with, from Vladimir Nabokov to Isaac Babel to Andrei Platonov and the poets from Anna Akhmatova to Osip Mandelstam to, finally, Brodsky.

The Proffers were introduced to Brodsky in 1969 by Mandelstam’s widow Nadezhda, who saw in the 29-year-old Joseph an heir to the martyred husband who had perished in the Stalinist camps. Like other admirers, she was drawn to the persecuted Brodsky, who had been put on trial at 24 for having no proper job and sentenced to five years of forced labor. Brodsky had been exiled to a Siberian village but served only 18 months due to an intervention by Jean-Paul Sartre and other Western intellectuals. A staunchly philosophical poet, Brodsky shunned any explicit reference to politics in his verse—which was a political gesture in itself. Proffer writes of Brodsky’s “determination to live as if he were free in the eleven-time-zone prison that is the Soviet Union.” She emphasizes that his opposition to the Soviet power was presented in starkly moral terms: “A man who does not think for himself,” she writes, “a man who goes along with the group, is part of the evil structure himself.”

Proffer implicitly links Brodsky’s Jewishness to this resistance to the “evil structure.” It is a primary subject of their first encounter, which she describes thus: “Joseph is voluble and vulnerable. He brings up his Jewish accent almost immediately; when he was a child, his mother took him to speech therapy to get rid of it, he says, but he refused to go back after one lesson.” The “Jewish accent” had to do with Brodsky’s inability to roll his “r”s, which, while by no means unique to Jews, was a mark of the Jew in the largely anti-Semitic Soviet environment. Brodsky bought into the prejudice and at the same time wore it with pride, making it his own.

Jewishness is an ongoing theme in Brodsky’s early poetry of the 1960s, in which he speaks of a Jewish cemetery on the outskirts of Leningrad and imagines his future “Jewish gravestone.” His “Isaac and Abraham” is a beautiful, tortured and complex midrash on the binding of Isaac. Brodsky transplants the biblical patriarchs onto the Soviet landscape, making the relationship between Abraham and Isaac symbolic of the rift between Russian-Jewish fathers and sons, who are burdened by the loss of Judaism as well as historical traumas both near and distant. The poem reveals Brodsky’s familiarity with Hebrew scripture as well as the kabbalah. In his later poetry, the explicit Jewishness all but disappears in accordance with his goal to become the greatest Russian poet of his era and instead becomes a powerful undercurrent.

The Proffers were instrumental in bringing Brodsky to America after Soviet authorities demanded that he leave the country. They secured a teaching position for him at the University of Michigan. This was a happy outcome for Brodsky, who had long dreamed of leaving the USSR and coming to live in the “the anti-Soviet great power.”

As was typical of the literary set in Leningrad of his day, Brodsky admired American literature, film, music, and clothes. But he was unique in his English proficiency and the way his Russian poetry owed a debt to the “restraint, irony, and technical mastery” of American verse. Yet as Proffer makes clear, for the most part, the Americans who encountered him in the States gravitated toward Brodsky not because of his poetry but because of his dissident biography. His battle with the Soviet state gave him moral standing, and that moral standing proved immensely valuable as he sought to impart lessons about the evils of the Soviets to Americans who were not all that interested in hearing about them.

That, at times, included Proffer. “Joseph could be immensely categorical, and he had little tolerance for tolerance where Soviet power was concerned,” she writes. “He was intemperate, to put it mildly; it is a miracle that our friendship did not break early on the rocks of political disagreements.” Proffer’s somewhat patronizing explanation here is more revelatory of her own blind spots than it is of Brodsky’s. Like the neoconservatives, Brodsky resisted any notion of equivocation between democracy and totalitarianism at large, and the United States and the Soviet Union in particular. Exile to America, as he put it, was a homecoming “to the seat of the ideals which inspired him all along.”

One of the great innovators in Russian poetry, Brodsky was at the same time a conservative in the contemporary sense. He had a skeptical view of human nature, believed in hierarchy and tradition, and was a stout defender of the Western canon and culture. He lived and breathed this conservatism. Proffer describes how Brodsky broke off all connection to his friend Susan Sontag’s son, David Rieff, who was an editor of his English essays, after Rieff published a negative review of Alan Bloom’s The Closing of the American Mind. Predictably, Proffer views this kinship with Bloom as a matter not only of Brodsky’s “convictions,” but also his “prejudices,” of which she disapproved: “He enjoyed going to President George H. W. Bush’s White House dinner.” Yet this affinity with Bloom and, one should add, Saul Bellow, should be appreciated as a pivotal part of Brodsky’s American legacy.

A paradoxical thinker, Joseph Brodsky could combine an understanding that “man is a little bit corrupt, almost by definition” with a wholehearted belief in American exceptionalism. Literature, and especially poetry, was for him both “the greatest… teacher of human subtlety” and “the only form of moral insurance that a society has.” His work will long survive him, but the tragic irony of Woody Allen’s remark rings true of his case as well: “I don’t want to achieve immortality through my work. I want to achieve it by not dying.” 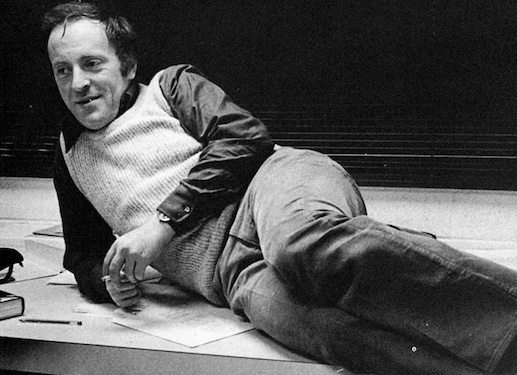