The Victory of Reason: How Christianity Led to Freedom, Capitalism, and Western Success
by Rodney Stark
Random House. 304 pp. $25.95

With a nod to Bernard Lewis’s masterful study of Islam, What Went Wrong?, one might be tempted to re-title Rodney Stark’s The Victory of Reason as What Went Right? Why is it that, over the past 500 years, the civilization that came out of Western Europe has been able to leap ahead of every competitor, at length bringing nearly the whole world under its sway and inducing the imitation of its characteristic institutions everywhere? Why exactly are we “on top”—or, rather, “ahead”—of everyone else?

The celebratory narrative of Western modernity is, of course, part of our mental furniture. At least, one version of it is. This is the version as told by, among many others, Edward Gibbon. On the one hand there is the glory of Rome, of universal empire and universal law under the tutelage of the universal reason of Greek philosophy. On the other hand there is the rebirth of classical learning in the Renaissance, the rationalization of Christianity in the Reformation, the takeoff of the scientific revolution, and the crystallization of secular modernity with the Enlightenment. Between the glorious peaks of the classical and the modern lies a millennium-long valley about which there is not much to say, except that it was in the middle, between the two peaks, or else that it was dark, as in the Dark Ages.

“It was at Rome,” Gibbon wrote, “as I sat musing amidst the ruins of the Capitol, while the barefoot friars were singing vespers in the Temple of Jupiter, that the idea of writing the decline and fall of the city first started to my mind.” “Barefoot friars” about sums it up. In Gibbon’s account, what doomed the glory of Rome and thereafter inhibited the rise of the modern West was the victory of “superstition,” which is to say, Christianity—and in particular, the Catholic Church.

Stark, a professor of sociology at Baylor University in Texas, aims to upend virtually every element of this narrative. For one thing, the West’s rise did not start some 500 years ago. Already by 1492, the West was ahead—way ahead—of everyone else, technologically, economically, and politically. In fact, by Stark’s estimation, the West was ahead by the 13th century at the very latest. What then really went right? Stark’s answer is as narrowly focused as the proverbial laser beam: Christianity.

From the earliest times, Stark reminds us, Christians held that Jesus Christ was “the word (logos) made flesh,” that is, reason incarnate. From the Church fathers, he adduces proof texts to show how this led to reason’s assuming an unusually high status within Christianity as compared with, say, Judaism and Islam. True, both of these latter religions are monotheistic, but both also “incline toward strict constructionism and approach Scripture as law to be understood and applied, not as the basis for inquiry about questions of ultimate meaning.” This “legal” approach to revelation necessarily rests on precedents and is oriented to the past. Christianity, by contrast, possessed from the beginning a confidence in reason that oriented its theological inquiry in a uniquely progressive way, allowing for both development and correction of doctrine. “The Christian image of God,” Stark maintains, “is that of a rational being who believes in human progress, more fully revealing himself as humans gain the capacity to better understand.”

As with progress in the science of God, so with progress in the other sciences. “Real science arose only once: in Europe,” writes Stark. And this early-modern advance was not a fruit of recovered Greek learning—the Muslims had that learning, and they had no science. Rather, it was the result of confidence in God’s rationality and the Christian apprehension that, as A.N. Whitehead put it, “there is a secret, a secret which can be unveiled.” Christian assumptions about the cosmos and Christian institutions like the university—Stark might have added to this the charitable Christian imperative for “the relief of man’s estate”—were the preconditions for science as a systematic and self-sustaining project.

Christianity also brought about a moral revolution of individualism, equality, and human freedom—a new understanding of universal human dignity—and this was auspicious for progress in at least two ways.

On the one hand, Christianity eliminated slavery, which had been the economic basis of the classical world: “Slavery ended in medieval Europe only because the church extended its sacraments to all slaves and then managed to impose a ban on the enslavement of Christians (and of Jews).” The end of slavery propelled labor-saving technological innovations. At the same time, work, nearly everywhere before seen as something servile, now became valued. A “work ethic” was evident long before Max Weber’s Protestants were on the scene.

On the other hand, political authority under Christianity was limited, both in theory and in practice. The “divine right of kings”—not a medieval but an early-modern theory—was vigorously opposed by the Church. Since all tyrannies tend toward plunder, the limitation of political power made it possible for those who got ahead to keep their gains, and so to make steady progress.

After sketching these “foundations,” Stark presents us with often striking examples of technological innovation during the Middle Ages: windmills and waterwheels, the stirrup, horseshoes and horse harnesses, three-field crop rotation and fish farms, chimneys, clocks, and eyeglasses. All were either unknown or unexploited in classical civilization; all spread like wildfire during the Middle Ages. Contrary to the Monty Python view of medieval squalor, “Not only did most Europeans eat far better during the Dark Ages than in Roman times, but they were healthier, more energetic, and probably more intelligent.”

Stark then turns in the last half of his book to an account of the rise of capitalism. After emphasizing how many modern business practices were invented in the hard-working and entrepreneurial medieval monasteries, he shows that, well before the Reformation, capitalism properly speaking emerged in the northern Italian cities and soon spread to Flanders. He also shows how the unusual circumstances of French and especially Spanish despotism prevented the emergence of capitalism in those Catholic lands.

As far as Western success is concerned, once capitalism has been secured, all the rest is commentary. Stark sums it up in his conclusion:

Christianity created Western civilization. Had the followers of Jesus remained an obscure Jewish sect, most of you would not have learned to read and the rest of you would be reading from hand-copied scrolls. . . . [T]oday the entire world would be about where non-European societies were in, say, 1800.

What to make of all this? My guess is that this book was (lightly) worked up from classroom lecture notes: one can well imagine the frisson in Stark’s students as their provocative professor—himself a nonbeliever—demolished one bit of conventional wisdom after another. But virtually every theoretical assertion and historical interpretation in The Victory of Reason is a gross exaggeration, a cartoon, desperately in need of nuance. There is no serendipity in Stark’s account, no Hegelian “cunning of reason,” no contingency, no confluence of causes, no dialectics, no felix culpa. In Stark’s reading, Christianity wanted Whig progress, and that is what it got. This thesis utterly fails to convince, no matter how many grain-grinding waterwheels (5,624) the Domesday Book recorded in 11th-century England.

Is it really true that Christian theologians uniquely understood their work as tantamount to a progressive research agenda? No. They were explicating “the faith once delivered to the saints.” In this they were not very different from their Muslim and Jewish counterparts. The Christian difference lies not in a superior devotion to reason, and certainly not in “progress” through reason alone, but rather in the peculiarity of the Christian revelation.

What had been revealed was not a law but the personhood of God and His relation to man. As a result, the burden of Christian theology was not only to make disparate scriptural norms logically coherent, but also to demonstrate that there was no contradiction between the revealed God and what was known from “natural philosophy.” Philosophy was seen from early times as a necessary preliminary study to Christian theology in a way that was not true, or not true in the same way, for Jewish or Muslim theologians who also sought to reconcile the two ways of knowing.

What of the more general question of the Christian orientation to Whig progress? It is true that Eusebius, writing after the conversion of Constantine, assimilated divine providence to a triumphalist account of imperial progress. It was not Eusebius, however, but Augustine, writing his City of God after the sack of Rome in 410, who established what would become the normative Christian view on the matter. The divine intention in history, Augustine emphasized, could never be discerned in temporal terms. The Christian vocation is not worldly “success” or “glory,” but the way of the cross. In the normative view, Christians are not progressives but pilgrims.

Late in the book, Stark distinguishes between the “church of piety” (the simplicity of the first Christians and later of the mendicant friars) and the “church of power” (the post-empire hierarchy, with its extensive secular interests)—and then he credits the success of capitalism to the triumph of the latter over the former. Does this not suggest that Western success can be attributed only to bad Christians? Stark fails to notice that if he is right about this, his thesis either falls or is in need of significant qualification.

But then, he hardly bothers with qualification anywhere. Is the stirrup (which enabled the heavy-armored knight, the medieval equivalent of the main battle tank) a “Christian” invention? To ask the question is to answer it. And what about the Goths? Nineteenth-century accounts of the rise of the West held that, in Montesquieu’s words, “freedom was born in the forests”: that is, the rudiments of government by consent and a system of rights as we know them were a Gothic heritage, not a classical or a Christian one. While Rome could not civilize the Goths, the Christians converted them. How exactly did Christian teachings interact with Gothic customs? Such questions are never asked, let alone answered.

The greatest frustration of The Victory of Reason is that Stark’s goal of revising the Gibbonesque grand narrative is a sound one, amply supported by a vast scholarship. Stark makes use of some of this research, and his bibliography contains many works that anyone interested in the subject should consult. But by fashioning this careful research into so simplistically triumphant a narrative, he invites only derision. The otherwise laudable intention behind this book will have to look elsewhere for demonstration. 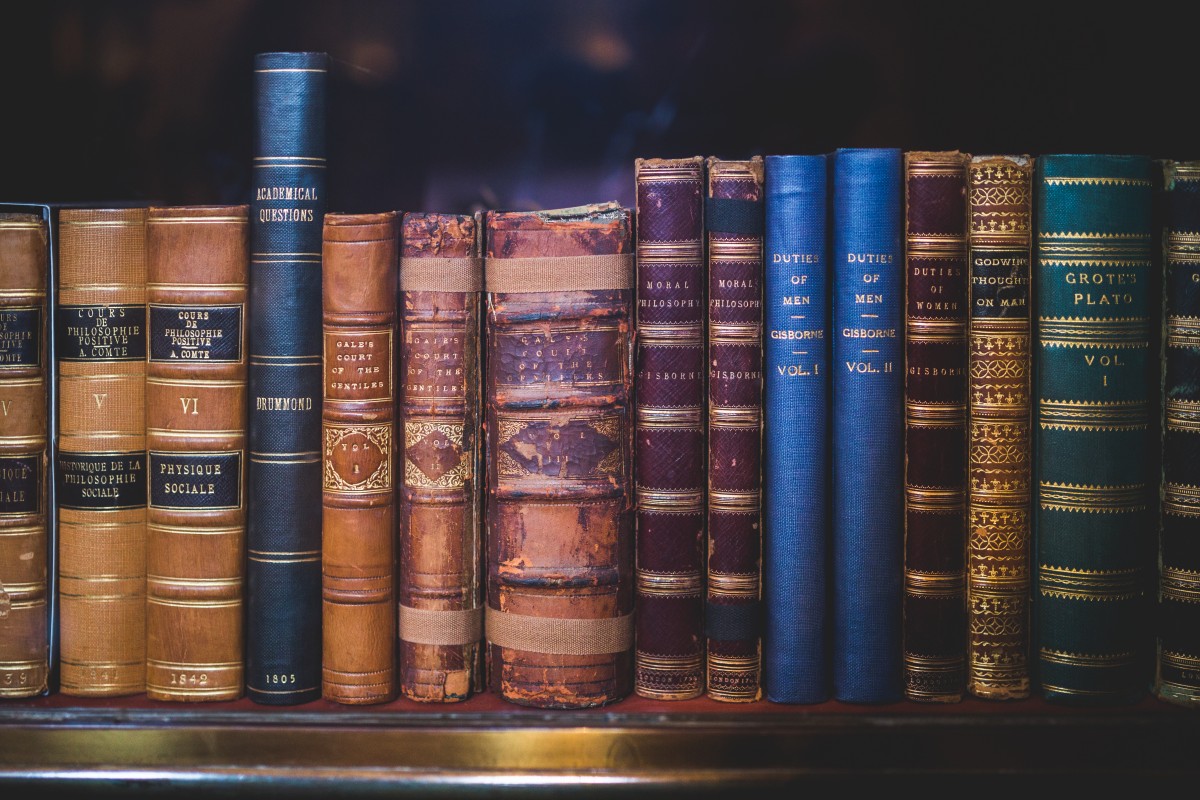