At best, Salka Viertel should be a Hollywood footnote. Before coming to California in 1928, she had been a moderately successful stage actress in Germany and Austria. When she arrived on these shores—one of 10,000 European exiles and refugees who washed up in Los Angeles during the ’20s and ’30s—she couldn’t find work as an actress (not beautiful enough, too old) and ended up writing screenplays for her friend Greta Garbo. Later, she published a memoir, The Kindness of Strangers, that went out of print almost immediately.

It shouldn’t have. The memoir is spectacular—more modern than most modern memoirs, filled with the same struggles that 21st-century women reckon with (career, identity, sexual independence, difficult marriages). And what a life! Viertel played a significant role in Hollywood history, hosting a legendary Sunday salon at her home in Santa Monica. She was what Malcolm Gladwell has called a “connector,” a woman whose vitality and ingenuity helped émigré artists find their place in an otherwise Byzantine and impenetrable studio system. These same émigrés transformed Hollywood.

Now, at long last, Salka Viertel is trending. Late last year, her memoir was finally reissued, and the Los Angeles writer and critic Donna Rifkind has just published a lusciously detailed new biography, The Sun and Her Stars: Salka Viertel and Hitler’s Exiles in the Golden Age of Hollywood. Rifkind makes a convincing case that Viertel is a prime example of how immigrants, even involuntary exiles, make America great. “The look, the sound, and the speech of Hollywood’s Golden Age did not originate in Hollywood,” Rifkind writes. “Much of it came from Europe, through the work of successive waves of immigrants during the first half of the 20th century. The last several of those waves brought a group of traumatized artists who were lucky enough to escape Hitler’s death trains and extermination camps. All were anti-fascists; some were Communists; most were Jews.”

Viertel, “a builder of bridges,” was instrumental in getting their voices heard. Her house on Mabery Road in Santa Monica, a short walk from the beach, was “filled with the dispossessed,” Rifkind writes, “drawn to her compassion and her European cooking.” There, they rubbed shoulders with studio grandees and, under her prodding, discovered common ground.

She had acquired her ingathering style years earlier, in a far corner of the Habsburg Empire, where her prosperous Jewish parents maintained an open house, welcoming a steady flow of friends and visitors through the front door while distributing food and money to indigent Jews and starving peasants through the back.

In Los Angeles, Viertel provided a substitute home for those, like herself, who had lost their original one. But these were no ordinary refugees trooping through her living room. If she at times comes across as something of a name-dropper (and she does), can you blame her? The regulars at her Sunday parties included Charlie Chaplin, Thomas Mann, Bertolt Brecht, Leon Feuchtwanger, Arnold Schoenberg, and Jean Renoir. (Her husband, the writer and director Berthold Viertel, called Mabery Road an “oasis in the ever-widening desert.”)

How did Viertel do it? Rifkind has her theories. “Never an obvious beauty,” she writes, “she had learned during her theater days to use every other asset she had—her intelligence most of all, but also her voice and her glance and her gestures—to assume a forceful presence, to make one pay attention. …Laughter and tears came easily to her; her moods were dramatic and unpredictable, just as the house was histrionic, layered, complex.”

Her friendship with Garbo, whom she met at Ernst Lubitsch’s house, also helped. It made it possible for her to land a job as a screenwriter at MGM, where she developed an intuitive understanding of the peculiar ways of the studio system, which in turn allowed her to be an effective translator for new arrivals looking for work.

Those MGM paychecks supported three sons, her underemployed husband (he never adjusted to Hollywood or America), and family members still trapped in Europe. She donated regularly to the European Film Fund, a Hollywood charity that rescued Hitler’s Jewish victims, even as the U.S. government shut its gates. She took in her brother and his family, as well as her mother, once they managed to escape. If she dared to complain, it was only to confide in her diary, “Oh, how I would like to have two hours without worrying about anybody.” She suffered from depression but called it “combat fatigue.”

Viertel’s only book, The Kindness of Strangers, gives readers a bracing and firsthand glimpse of that depression. The memoir likely escaped notice when it was first published because Viertel was unwilling to dish about famous friends such as Garbo and Dietrich. And back in those days, the inner lives of Hollywood women weren’t appreciated much in their own right. But they certainly are now—as are forthright tales of depression, displacement, and dispossession.

The Kindness of Strangers is a powerful expression of the darker side of the refugee experience. It is also something of a literary triumph. Readers and critics in 1969 clearly weren’t ready for all that survivor’s guilt, but readers in 2019 are. I myself mistakenly came for the gossip but stayed for the trauma.

Viertel’s memoir is also a fascinating record of her very complicated marriage to Berthold, a long and tempestuous love affair that survived separations and even a divorce. The book is startlingly blunt, almost wrenching in its honesty, detailing Berthold’s long absences and open infidelities, set against her own affairs with a neighbor and (for almost a decade!) Max Reinhardt’s son, Gottfried, some 20 years her junior. (Rifkind quotes one friend who said, “Above all she is a European. She loves perfume and takes lovers.”)

Despite everything, Viertel and her husband remained bound together by family, affection, and mutual admiration. Leaving her for one prolonged absence, Berthold wrote her from aboard the Super Chief to New York, “Cable me, phone me, and never give up loving me. Do you hear, never! As for me, only death can cure my addiction to you.”

She called her long and relatively open affair with a married neighbor her “furtive happiness.” Even so, she’d write Berthold, pleading with him to come back to L.A. “You know that I love you and that I belong to you. Once, when I was terribly unhappy because you were infatuated with somebody else, you told me: ‘Imagine it is an illness; you would not love me less were I sick.’ But you are leaving me alone in my illness. I need you…”

Depression and loss haunt her narrative. If you lose your country, your home, your family, your language, your cultural patrimony, what is left? Thomas Mann, a central figure in L.A.’s refugee colony (he wrote Doctor Faustus while living in Pacific Palisades), claimed, “Where I am, there is Germany.” But as The Kindness of Strangers makes clear, he was wrong. For too many other exiles, including Mann’s own brother, Heinrich, the loss of identity was devastating. Stefan Zweig committed suicide. As did Walter Benjamin. For refugees, identity wasn’t an ideological buffet you could pick and choose from. It was singular and irreplaceable. And it could be stolen from you.

The memoir relentlessly captures the despair of those who failed to make it to the next trench. Their stories will break your heart.

Not suprisingly, politics was the refugees’ lifeblood. They were glued to their radios, devouring every morsel of news from Europe. Viertel’s analysis of the contending ideologies within the artistic community is fascinating, though partial; Rifkind fills in many of the missing pieces. Berthold considered himself a socialist and a pacifist. Salka, more assimilated, was devoted to FDR—except for his closed-door policies toward Jews. “My American passport made me feel guilty,” she wrote, “because my heartless adopted country refused entrance to the oppressed, persecuted and poor.” She supported Popular Front organizations such as the Hollywood Anti-Nazi League and downplayed the Communist affiliations of comrades such as Brecht and Hans Eisler.

When Hitler and Stalin signed their non-aggression pact in 1939, Hollywood’s Communists cynically turned isolationist. Viertel’s friends Ernst Lubitsch and Billy Wilder told her to distance herself from the Communist-controlled League. They were right. Her “premature anti-fascism” would cost her after the war.

Was she a Red? It’s obvious from both books that Viertel couldn’t have cared less about revolution and class consciousness. She believed in the power of the individual, and for her, the question “what could one person do” was not rhetorical. If FDR wouldn’t save Jews, she would. The essence of her politics was charity and hospitality—a legacy from her mother, not Karl Marx. The mitzvah of hachnasat orchim, Rifkind says, “the taking in of guests,” was her credo. The political was always personal.

The Kindness of Strangers ends in Switzerland, a third exile. A depressed and lonely Viertel, blacklisted and unable to work, arrives and falls in love with a six-year-old granddaughter she has never met before. It is a new beginning, a case of her “incorrigible heart” coming to her rescue again. She survived and thrived only because she was a fool for love. 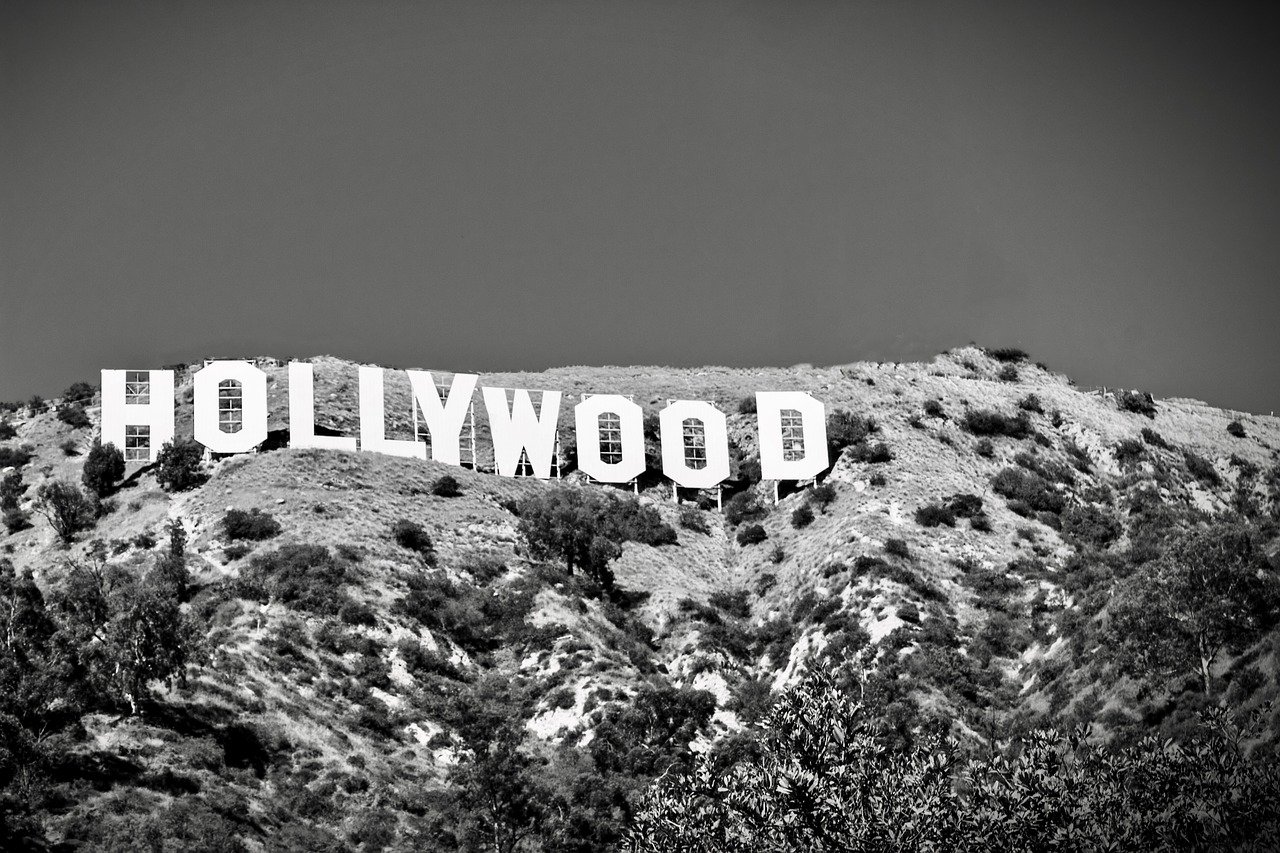