ate last year Charles J. Sykes published an op-ed in the New York Times called “Where the Right Went Wrong.” Sykes wrote that he was giving up his talk-radio show in Wisconsin after nearly 25 years: “My reasons are personal,” he said, but the rise of Donald Trump “has made my decision easier.” Not that the presidential campaign had lacked a certain personal angle for Sykes, a sharp Trump critic. “Conservatives I had known and worked with for more than two decades organized boycotts of my show,” he wrote. On social media, “I found myself called a ‘cuckservative,’ a favorite gibe of white nationalists; and someone Photoshopped my face into a gas chamber.”

The op-ed was a signal moment in the aftermath of Trump’s election. For years, Sykes had been a conservative stalwart, helping to make Wisconsin a wellspring of conservative thought and action. (He has also written for Commentary.) He had championed the political careers of conservative Republicans including Representative Paul Ryan, Governor Scott Walker, and Senator Ron Johnson, and he had backed conservative reforms such as reining in public-sector unions and widening school choice. Yet here he was in the Times, declaring: “The conservative media is broken and the conservative movement deeply compromised.” Conservatism’s “moral failure” in a time of ugly tribalism, he said, “lies at the heart of the conservative movement even in its moment of apparent electoral triumph.”

The story of that moral failure demanded a fuller accounting than the spate of op-eds, columns, and articles produced by disillusioned conservatives following Trump’s hostile takeover of the Republican Party. Now we have it with Sykes’s How the Right Lost Its Mind, a dissection of conservatism’s 2016 collapse but also a canny historical analysis. Sykes closes by suggesting how “contrarian conservatives” can work to restore the movement to sanity, but after reading this portrait of cynical acquiescence, collaboration, and opportunism, they would need a strong stomach to undertake such a mission.

Sykes’s father was a liberal activist in the 1960s, and Sykes, as a teenager, shared his father’s enthusiasm. The excesses of the anti-war era prompted his father to give up on the left, but Sykes joined the Young Democrats while in college in the 1970s. It wasn’t until he became a newspaper reporter covering urban issues that he realized that government programs beloved by liberals “seemed to exist for no other purpose than to satisfy a voter block and provide employment for various hacks and mediocrities. They did not discernably improve lives or fix any problems.”

In the late 1970s, Sykes began reading and appreciating conservative thinkers such as William F. Buckley Jr., Milton Friedman, Irving Kristol, and Norman Podhoretz, but “most important for me was that conservative ideas simply made more sense; they took the world as it was rather than seeing it through the lens of wishful thinking and ideology.”

In the decades that followed, Sykes would become a conservative force, particularly on education matters (his books include Fail U: The False Promise of Higher Education, published last year). But then came Trump, supported by many conservatives who viewed him through the lens of wishful thinking and abandoned ideology.

“How did a movement that was defined by its belief in individual liberty, respect for the Constitution, free markets, personal responsibility, traditional values, and civility,” Sykes writes, “find itself embracing a stew of nativism, populism, and nationalism?”

The answer in part, he says, is that pre-Trump conservatism was actually “a mess—a contentious collection of disparate, often contradictory ideas and querulous warring factions of libertarians, chamber of commerce types, traditionalists, and social conservatives.” Yet this fractious coalition had held together, however unsteadily, since the ascendance of Ronald Reagan in 1980. Sykes describes in detail how the path for Reagan—and what now looks like the zenith of modern conservatism—had been prepared beginning in the mid-1950s with Buckley’s founding of National Review. Sykes recounts how Buckley routed from modern conservatism much of the “crackpotism” that then characterized the movement, epitomized by the fevered anti-Communist paranoia of the John Birch Society. (Decades later, Sykes notes, Buckley would perform a similar act of intellectual hygiene by calling out Patrick Buchanan’s anti-Semitism.) The publication of Frank Meyer’s In Defense of Freedom in 1962 was another essential development, proposing a balancing of personal liberty and moral responsibility that came to be known as fusionism.

Sykes takes us through the Barry Goldwater presidential campaign in 1964—a failure at the ballot box, but a seminal moment in conservatism—and the 1970s rise of the New Right, which disdained modern conservatism’s intellectuals as elitist accomplices of the Republican establishment. At every stage of this story, Sykes notes the tumorous elements lurking in conservatism that would ultimately erupt in full-blown Trumpism. In 1976, he writes, the New Right edged toward supporting Alabama Governor George Wallace, a lightly reformed bigot, for the presidency, until “some of the calmer heads realized that would have meant an alliance with a coterie of crackpots, including anti-Semites and Holocaust deniers. But the flirtation with Wallace served to expose a soft underbelly of conservatism.”

Ronald Reagan pulled together conservatives and Republicans and plenty of Democrats with buoyant themes of individual freedom and economic dynamism. Sykes wonders whether Reagan’s triumph would be possible today, given that it “paradoxically coincided with the relative absence of conservative media voices.” Rush Limbaugh didn’t go national until 1988; Fox News didn’t start up until 1996. “So for most of Reagan’s term, there was no conservative echo chamber,” Sykes writes, “no powerful talk radio, no Fox News or right-wing infrastructure providing air cover or enforcing ideological purity.” And there was no alt-right online army.

In a chapter called “Storm Warnings,” Sykes shows that Trump’s success hardly came out of the blue. In the Weekly Standard in 2005, conservative thinkers Ross Douthat and Reihan Salam published “The Party of Sam’s Club,” a “widely discussed but sadly ignored critique of conservatism” that warned about the GOP’s intellectual exhaustion, its cronyism and air of corruption. As Sykes notes, Douthat and Salam wrote that “the party isn’t just out of touch with the country as a whole, it’s out of touch with its own base.” Sykes also credits David Frum, who raised an alarm in 2008 about “tired and confused” Republican conservatism. Chronic overpromising and under-delivering would have disastrous consequences.

The advent of the Tea Party after Barack Obama’s election “seemed to open the door for the return of the sort of crackpots that Buckley had worked so hard to expel from the conservative movement,” Sykes writes. The book makes clear that as the Obama-era economic recovery limped along—and as the “perpetual outrage machine” of Tea Party political-action-committee fundraisers and their conservative-media soulmates worked overtime—the political scene was ripening for a candidate who could stoke resentments with a combination of freewheeling bellicosity, economic nostrums, and nationalistic pandering.

The list of Trump’s conservative enablers is rather long. At one end were the editorial writers and columnists who no doubt counted their mild, infrequent tsk-tsking about Trump’s excesses and policy incoherence as evidence of their principled conservatism rather than what it really was: camouflage for Trump-fueled dreams of a lower corporate tax rate and Obamacare’s demise. At the other end were Trump’s early advocates, a group that included media valets like Sean Hannity but was most grotesquely manifested by the racist, anti-Semitic trolls of the alt-right.

Sykes performs a public service by recording the exact wording of the vileness visited on Trump critics like writers David French and Bethany Mandel. There should be no illusions about the nature of the threats and insults, and no illusions about Trump’s reluctance to criticize the alt-right.

But at least right-wing bigots ran true to form, having simply found a more appealing and more accommodating candidate than they were used to. The jaw-dropping element in conservatism’s self-destruction was Trump’s support from the Christian right. In a chapter titled “What Happened to the Christians?” Sykes reviews the still-stunning transformation of evangelical leaders from proponents of moral character and personal responsibility to backers of a sexually harassing braggart and blame-shifting fabulist who knew vanishingly little about the Bible or its teachings. The Southern Baptist Convention’s public-policy leader, Russell Moore, cut a lonely figure during the campaign by putting Christian principles before the temptation of political gain.

Drawing from exit-poll data, Sykes writes: “White evangelicals backed Trump by a staggering margin of 80 to 16 percent.” It was an extreme example of how the election boiled down to what he calls a “binary choice.” In the new politics, “choices are increasingly framed as us vs. them, red vs. blue, good vs. evil.” No matter how egregious Trump might have been, no matter how antithetical his views often were to basic conservative values (to the extent that he believes in anything other than the self-aggrandizement of Donald J. Trump), Hillary Clinton was always going to be worse, even though no one could quite figure out what she stood for.

Looking over the rubble of modern American politics, Sykes proposes that the left and right try to find common ground. “We could start with a renewed appreciation for a reality-based politics, truth, ethics, check and balances, civil liberties, and the constitutional limits on executive power.” He recommends an eight-step “conservative exorcism.” (“Break free from the toxic thrall of corporate cronyism”; “confront the conservative media that boosted and enabled Trumpism”; “revitalize a policy agenda that has grown tired and nostalgic.”) And he offers some advice for conservatives, including “Be worthy of the movement but make sure the movement is worthy of you,” “Opposing bad ideas is absolutely essential,” and: “Winning is great, but weigh the cost . . . After all, what profits it a man to win the whole world, if he loses his soul? But for an election? Any election?” 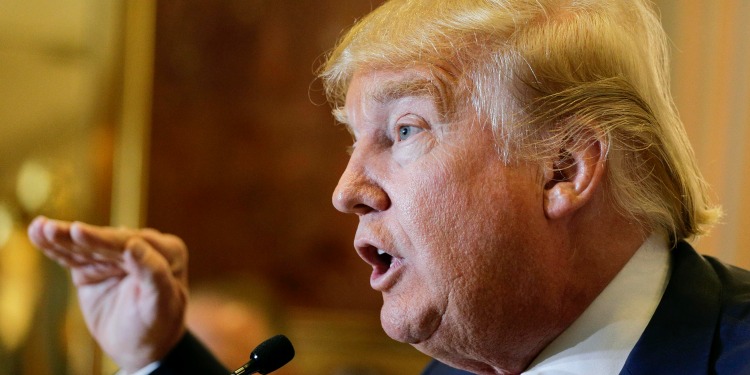 A Man in Full

The Smashing of the GOP