I was raised in the late 1980s and early 1990s as a Jew in what was then the usual manner. There was Hebrew school on Wednesday afternoon and Sunday morning at a local synagogue, where I was taught the words and tunes to a few traditional Hebrew prayers without being informed of their meaning. My family attended High Holy Days services for Rosh Hashanah and Yom Kippur, and for Hanukkah we lit candles, recited blessings, and exchanged presents. We lived in Maryland, where my parents had moved us from New York, where some members of our extended family still lived and whom we saw perhaps every other year for a Passover seder where shrimp was as likely to be served as matzah-ball soup.

God was never discussed. At least, I don’t remember any such discussion, either at our synagogue or in our home. In both places, divine power seemed to be understood as beside the point, which was to continue to see ourselves as Jews, since not to see ourselves as such would be shameful. Besides those faint vestiges of our liturgical tradition, the only other content our Jewishness included was the sense that it obligated us to political liberalism, that it somehow made us more interested in education than other people, and it included a belief that the State of Israel should exist without its existence obligating us to anything more than perhaps the occasional purchase of Israel bonds or donation to the Jewish National Fund.

My parents divorced in a messy style when I was very young, and when I was 11, my father announced that he was gay. My mother had by then had her own share of boyfriends, and not long after married one who was not Jewish, which was also understood to be immaterial. By the time I reached the age of bar mitzvah, I was attending North Country School, a “junior” boarding school in the Adirondacks. My Torah lessons were given by a lesbian who was the closest rabbi to be found and who seemed also to accept that my chanting of a few lines of Hebrew text was no more than the small penance my father insisted I pay in order to receive the lavish party I believed was my rightful Jewish inheritance.

I continued on for my high-school years at a more traditional boarding school called Millbrook. Both institutions were lovely places, rural campuses set amid fields and forests we students were invited to explore while housed in buildings whose style, whether modern or classic, mostly epitomized the best of what architecture can be. I benefited from many teachers drawn to boarding-school life at least in part because it was a setting where they could teach writers such as Thoreau, Shakespeare, and Plato to small groups of largely obedient and intelligent children, some of whom craved the kind attention of caring adults.

Millbrook featured a quad centered on a pristine white chapel that appeared to be out of a movie. (In fact, more than one movie had been filmed there.) We students filed into the worn wooden pews of the chapel for daily meetings, where we listened to the headmaster who stood beneath a wall from which a cross had long been removed but the words “Holiness to the Lord” had not.

Still, religion and God were topics rarely if ever discussed and were understood to reside far lower on the hierarchy of values than athletic prowess, social skills, wealth, physical beauty, and, among the students, access to and facility with drugs and alcohol. To be Jewish carried no stigma (or, at least, none approaching what American Jews in similar circumstances even a generation before might have expected), and I wore my identity with a kind of pride without imagining it might carry with it any religious obligations, as such obligations were obviously ridiculous.

My undergraduate college time in Baltimore at Johns Hopkins seemed no more than an easy and more free extension of boarding-school life. Early in my freshman year I found myself at an event for the campus Hillel (the college-focused Jewish organization), which carried with it no religious content and served principally to teach me which free bagel brunches to avoid to ensure there would be no Jewish content to my college existence. Many of the friends I made were themselves Jewish but like me had no thought that the distinction meant much. And while I carried in me a vague certainty in the existence of God that is, I suppose, the inheritance of anyone with a sad and lonely childhood (for we must find someone to cry out to), religion and God became even less significant for me.

By the time I graduated, my education had granted me two certainties: first, that my family’s wealth and my skin color granted me enormous privilege and, second, that the world’s great injustice was the poverty of the global south for which my country and upbringing were in some way responsible.

Being desirous of adventure then, eager to make penance, and utterly uncertain what I might do with my life, I joined the Peace Corps and was sent to Ecuador, where I was taught the basics of tilapia farming and deposited in a small town at the end of a dirt road in the rain forest, where I was certain my cause was just.

Peace Corps life is nothing if not humbling. It was hard enough to spend months speaking nothing but Spanish among people living in poverty and with an absence of opportunity I still find difficult to comprehend. Harder still was the belief that I might do anything worth doing about that poverty, which raised—for the first time for me in a way that was tangible and not academic—the question of what it meant to live a life that was good. I discovered that the answers that had seemed easy in a classroom in Baltimore or the Peace Corps training campus outside Quito were not easily translated to the rain forest among children with only yucca to eat and one set of worn clothing to wear. It caused for me a kind of desperation of the soul, which accompanied a return of the loneliness I had known as a child.

The first was a conversation I overheard during my training between a few of my fellow volunteers. The topic was abortion, and nearly all of the volunteers were reliably lined up on the pro-choice side of the question. But one person, a Catholic, probably the first Catholic I had ever met who affirmed that belief, held her lonely ground on the other side of the question. And she said something I had never heard before that stuck with me after. There was, she said, enough love in the world for every child that was created. We just didn’t apply that love correctly. Or believe in it enough.

The second was an invitation I received to apply my fish-farming skills at the site of a married couple of fellow volunteers who lived on the other side of the country in the coastal region. I heard laughter and joy on their side of the phone call that made the invitation easy to accept. In any case, I was the kind of volunteer who didn’t need much prodding to abandon my site for a week or more, especially for a place near a beach where other gringos could be found.

When I arrived at their site, I learned that they were unusual volunteers in that they were older (no younger than 65) and devout Christians. After spending a few days suffused with the same futility that accompanied most of my projects, I learned that they had used some of their savings to acquire some elements of American comfort: a washing machine, power tools, a hot-water shower, an oven, a large refrigerator. In itself, this was not uncommon among volunteers. What was unique was the easy generosity with which this couple shared these luxuries with the poor Ecuadorians they lived among.

During training we were warned repeatedly of the risk of theft (or worse) we faced as noticeable First Worlders living alone among the Ecuadorian poor. It was another demoralizing aspect of Peace Corps life that many Ecuadorians did see us as targets, and I, like most, had been robbed or ripped off and therefore grew wary in my material dealings with Ecuadorians. This couple, though, laughed away these minor insults. I saw them hand off expensive tools as loans they knew would likely not be returned and watched them open their house and all their things to the grasping poverty that surrounded them. So too did I notice the wall of pictures in their house of the many children of all backgrounds they had adopted and raised in their life in America and the good spirit they maintained through the many failures of their own Peace Corps projects. It was a spirit they granted also to me, even when I thought it plain that my visit had not much helped them or anyone else.

It was the first time I spent any meaningful time with anyone whose lives were governed by the daily call of God. And I saw in it an example I could not deny of how one might truly live a life that was good.

The experience shook me in a way I still, two decades on, find hard to describe. It was magnified past even that meager recognition when they left me at a bus stop to begin my journey back to my own site—in watching them walk in easy conversation with a couple of Ecuadorians beneath towering trees and a setting sun that made the sky pink and orange, I was captured by a transcendent feeling of perfect certainty that the God to whom I had once cried was real and loved all of His creations, even me.

My certainty in my Jewishness (a certainty that has only grown in the years since) was even then strong enough to prevent my consideration of Christianity in any of its varieties as a religious path. But my experience with these Christians in Ecuador created in me a shame at my ignorance of my own religious tradition and a determination to correct that ignorance. Which brought me to Israel, where I chose a Birthright Israel trip designed for people without a religious upbringing who wanted to explore Judaism.

Not long after that trip, I was in New York City at a bar, meeting a young Jewish woman who had been raised Orthodox in a liberal style common in some parts of New York. This meant that she was equally at ease in the secular world I knew and the Orthodox world. She knew without any question in her mind that there was no life to lead other than the life of an Orthodox Jew.

Before I had met those Christians, I would have scoffed at any chance I might have had of a relationship with her. And before I had gone to Israel—where I learned for the first time the idea that an observant Jew did not turn lights on or off during Shabbat—I would have been too bewildered by the customs to which she adhered to imagine a relationship was possible.

Instead, I married her, and set myself toward an observant Jewish life. 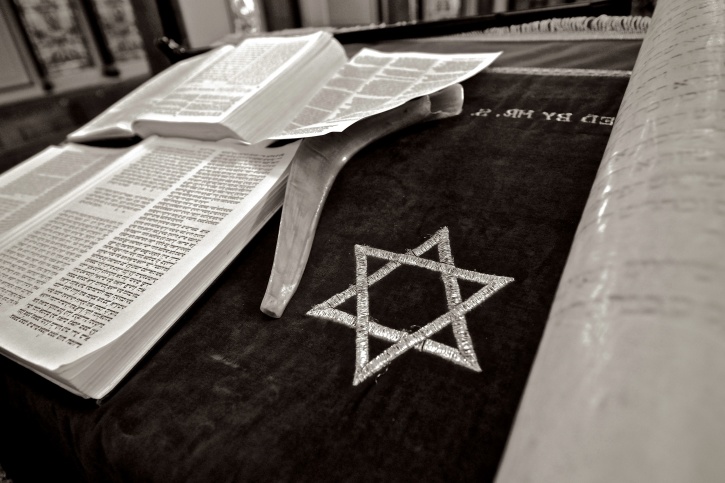 Matthew Ackerman is working on a novel. 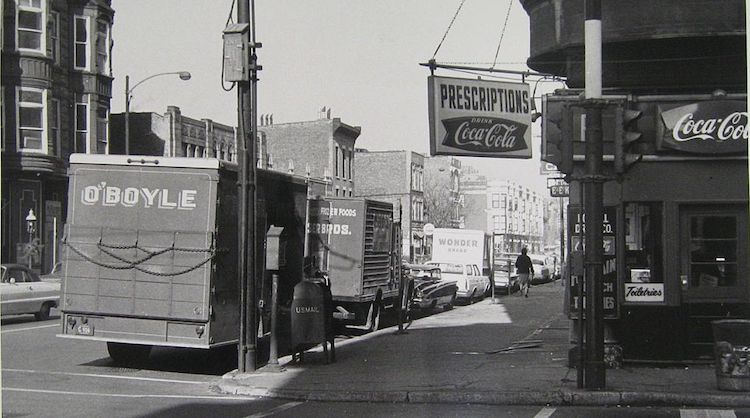 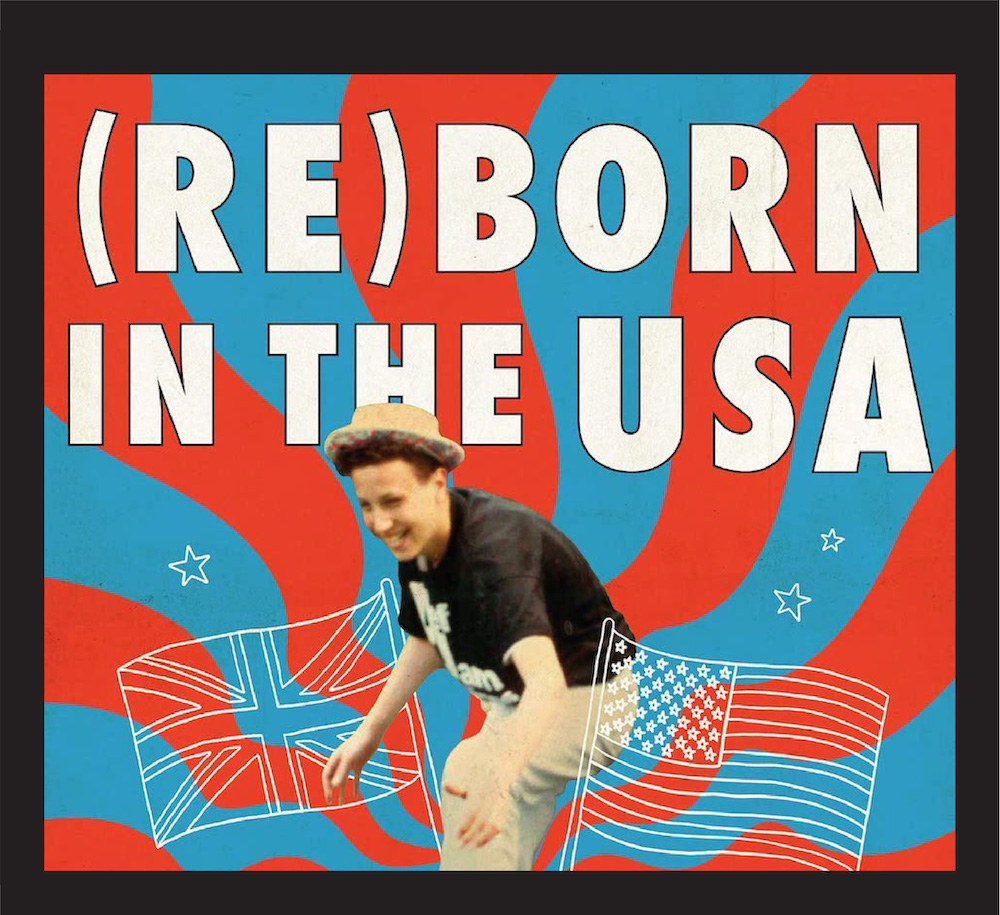 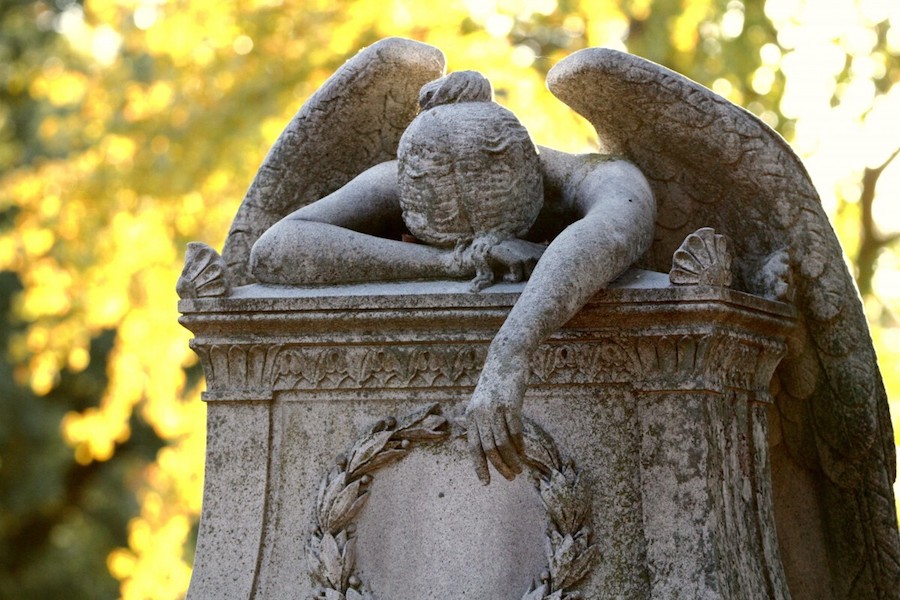