Sometime this summer, Joe Biden will make his pick for vice president. His decision, when it arrives, will be the most consequential of his campaign. Not only is the news likely to breach, at least for a moment, wall-to-wall coverage of the coronavirus. It will also provide some clues as to what sort of president Biden might be—how far he is willing to go, for example, to placate the furies of identity politics; whom he sees as the future of the Democratic Party; and whether he trusts his instincts or follows the conventional wisdom of the political class, as expressed in a given day’s New York Times.

As I write, in early May, Biden’s criteria are slightly different from the media’s. At a Democratic debate in March, he committed to nominating a black woman to the Supreme Court and a woman to the vice presidency. In the run-up to April 30, however, when Biden announced his vice-presidential selection committee, reporters spent a lot of time explaining why his pledge wasn’t intersectional enough. The message from Democratic elites has been that Biden’s vice president must also be a racial or ethnic minority. “It boils down to whether he has a Hispanic woman or a black woman,” former Senate Majority Leader Harry Reid told the Times.

Biden is more interested in compatibility than in ancestry. He is fond of using the words “simpatico” and “same wavelength” to describe his potential running mate. “In today’s environment there’s so much a president has on his or her plate. They need someone they completely trust, that they’re simpatico with, have the same approach, political approach, and you can delegate significant authority to,” he said last year.

In March, Biden told Brian Williams of MSNBC: “I’ve thought a lot about who some of the women who I would—that I believe are ready to be president, and I think I could work with and would be willing to work with me. It’s going to be somewhere between six and 10 of them.” The following month, he mentioned during a fundraiser that he had asked his former boss for advice. Word came back from Barack Obama that Biden should aim for complementarity. “And so, I’m going to need a woman vice president who has the capacity, has strengths where I have weaknesses.” She has her work cut out for her.

Occam’s razor applies to vice presidents, too. The most parsimonious explanation is that Biden wants to choose a woman he likes and trusts and can delegate to. “My bet is that however much his choice helps him politically, Joe Biden, a former vice president himself, will select the person he admires most, trusts most deeply, and gets along with best,” writes Rahm Emanuel, who worked with Biden in the Obama White House. It may be difficult, though, for Biden to make a personal connection with candidates for the job, since he’s confined to his basement.

Emanuel’s reasoning is unlikely to be adopted by journalists, commentators, and political consultants. They—sorry, we—have a stake in making the vice-presidential contest exciting, a complicated balancing act in which a presidential candidate must take into account demography, geography, ideology, and public expectations. If the candidate makes a wrong move, he could violate the Hippocratic Oath of Vice-Presidential Nominations: First, do no harm. Vice presidents may not matter much to electoral outcomes, studies show, but they do matter to media and cultural institutions and thereby shape public perception of campaigns and parties. Having written a book about one particularly infamous vice-presidential nominee, I would say the threat to a presidential candidate is selecting someone the media, for good or ill, finds more interesting.

In Biden’s case, the danger is great. He has already heightened the sense of drama surrounding his announcement. Aware that he would enter the Oval Office as old as Ronald Reagan was when Reagan left it, Biden has turned the vetting process into a season-cliffhanger episode of The West Wing. “I view myself as a transition candidate,” he said in April. “You got to get more people on the bench that are ready to go in— ‘Put me in coach, I’m ready to play.’ Well, there’s a lot of people that are ready to play, women and men.”

Since then, the team has been eager to rush the field. The widespread assumption that Biden might serve a single term has endowed the vice-presidential spot with added significance. The many constituencies and interest groups that make up the Democratic Party all want a piece of the action. “You’re writing your ticket to be the first woman president,” former senator Claire McCaskill told the Times. If only it were that easy. In the zero-sum calculus of identity politics, embracing a woman of one race or ethnicity is an implicit rejection of the others.

“Women of color, particularly black women, are the strongest part of the Democratic Party, the most loyal,” Stacey Abrams, who led Democrats in the Georgia statehouse before losing a bid for governor in 2018, told The View’s hostesses not long ago. In a controversial move, Abrams has campaigned openly for Biden’s favor. To many Democrats, her argument is more compelling than her credentials. “Biden is the Democratic Party’s presumptive nominee because African Americans voted for him in large numbers in the primaries—and now he owes them. African American Democrats have reached the end of the line when it comes to being taken for granted,” wrote Laura Washington in the Chicago Sun-Times. “It is reciprocity time.” Washington’s candidate is Kamala Harris.

This year’s veepstakes have been a condensed replay of the primary campaign. The political media have paid most attention to questions of race, age, and progressivism, while Biden, with all his faults, soldiers on in the polls. A CBS News survey released in early May found that Democrats want a vice-presidential nominee with “economic expertise” and “crisis-management skills.” Elizabeth Warren was the top choice, followed by Harris, Abrams, and Amy Klobuchar. Less remarked on was the finding that, while a super-majority of Democrats want Biden to pick a woman, 74 percent said the race of that woman “doesn’t matter.”

Biden owes his nomination to no one more than House Majority Whip James Clyburn, whose February 26 endorsement of the former vice president helped him win South Carolina and end Bernie Sanders’s winning streak. “I’ve made it very clear, like a lot of other people, that it would be great if the choice were a woman of color,” Clyburn told NPR the other day. He also said it’s “not a must.” For Clyburn, the relationship between nominees is what counts. He sounds a lot like Biden and Emanuel: “I think that people see right away if the chemistry is there, so I think you got to do extensive vetting, you got to do extensive polling. Because this is serious business.”

Serious business, indeed. Revealing, too. Not to mention risky. The dozen or so aspirants for Biden’s running mate might want to proceed carefully. Just one vice president, George H.W. Bush, succeeded his boss by election in the past 100 years. Biden’s choice could set the Democrats up for success in 2020. And doom them in 2024. 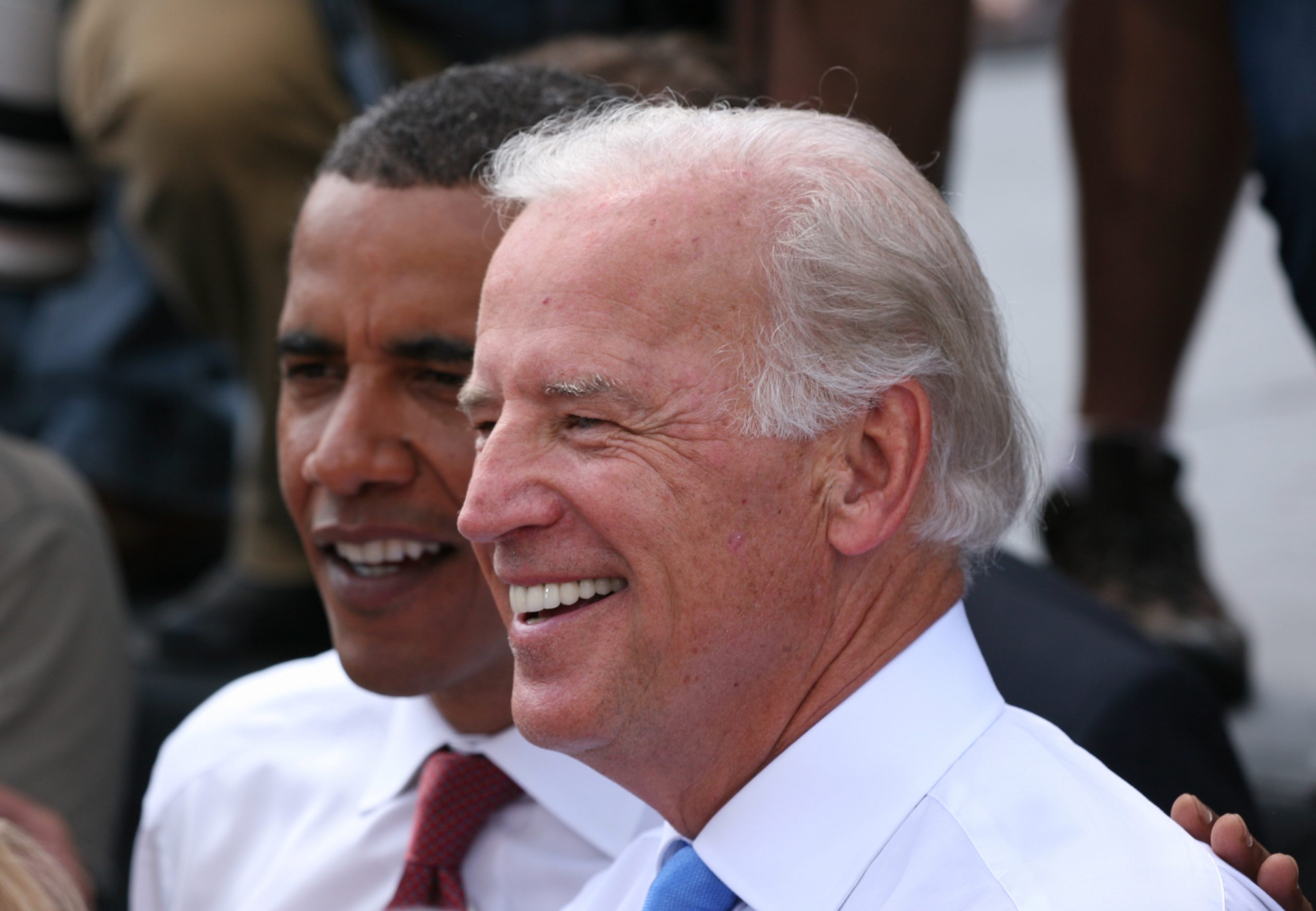