‘Successful presidents,” Joe Biden said during his March press conference, “better than me, have been successful, in large part, because they know how to time what they’re doing—order it, decide, and prioritize what needs to be done.” Biden acts as if his time is short. He spent his first 100 days in office drastically increasing government spending and calling for much, much more.

After signing into law the $1.9 trillion American Rescue Plan, he proposed another $2 trillion American Jobs Plan and is putting the final touches on a $1 trillion American Family Plan. All of this new spending is in addition to the $2.2 trillion CARES Act from the spring of 2020, the $900 billion COVID-19 Economic Relief Bill from December 2020, and the trillions of dollars the federal government spends each year to fund its regular operations and programs. The sum of these expenditures, and their contribution to the already sizable U.S. deficit and debt, quite simply boggles the mind.

So does the mismatch between Biden’s ambitions and the precarious state of his Democratic majority. While many of these spending packages poll well, especially in the middle of the coronavirus pandemic and the slack labor market, the actual correlation of political forces does not suggest an electorate desperate for a “transformational presidency” on the scale of Franklin Delano Roosevelt’s or Ronald Reagan’s. But that is exactly how the conventional wisdom in Washington is beginning to treat the Biden administration: as the project of an unlikely “radical” who, in the words of Politico headline writers, “wants to cement a governing majority” for a generation of liberal reform.

What first appears as a strange contrast—a president, party, and media busily constructing a “new paradigm” despite close and bitter divides in national politics, society, and culture—makes sense only when you look at the calendar. It’s not a feeling of confidence that drives Biden’s government expansion and Democratic efforts to abolish the filibuster, end partisan gerrymandering, undermine the Electoral College, pack the courts, and grant statehood to D.C. and Puerto Rico. It’s dread.

The Democrats operate under the twin assumptions that Congress has two years to remake America in its image, and that Biden has four years to make his mark on the country. The goal is to be as bold as possible not because the public is clamoring for the agenda of Bernie Sanders and Elizabeth Warren, but because Republicans are unlikely to roll back whatever liberal initiatives this administration is able to achieve. Better to go for broke now, when you have the chance, than regret missed opportunities later. Even if it means future generations will have to clean up the mess.

The comparisons between Biden and his legendary predecessors are ridiculous. The media, like other liberal institutions, privilege intention over results and have an annoying habit of granting mythic status to Democratic presidents before they accomplish anything of value. FDR created the modern welfare state and defeated the Axis, Reagan tempered big government (to a degree) and hastened the fall of the Soviet Union, and Biden—well, Biden signed a bill that mailed checks to people. Not exactly a heavy lift.

Both FDR and Reagan were known for their power of speech. It often takes an augur to divine what Biden is trying to say. Both FDR and Reagan were elected as candidates of big ideas. Biden’s mandate was essentially negative: He won the presidency not because of his policies but because suburban and independent voters were tired of Donald Trump’s antics. And the truth is he barely won.

Yes, Biden beat Trump 306–232 in the Electoral College and 51 to 47 percent in the popular vote. But a shift of some 43,692 votes across three states (Arizona, Georgia, and Wisconsin) would have thrown the election to the House of Representatives and guaranteed a second Trump term. It took four days for the media to call the election. Biden’s coattails in victory were shorter than Trump’s in defeat.

Biden’s congressional majorities are so slim that it is possible—though of course extremely unlikely—that Democrats could lose control of the House and Senate before the midterm election. As I write, in early April 2021, the Democratic House majority, because of  deaths and vacancies, is 218–212. Several special elections are pending. At the moment, then, House Speaker Nancy Pelosi can afford to lose only two Democrats on any given bill. Majority Leader Chuck Schumer’s dilemma in the Senate is worse: A single Democratic defection has the potential to scuttle legislation or appointments.

These are the closest margins in 20 years. Indeed, the last time the Senate was this tight, a Republican senator named Jim Jeffords went “independent” and handed Democrats the leadership. And yet, to read press coverage of Biden’s early months, you’d think that he holds sway over a Democratic Congress from the 1960s or 1930s. It’s laughable.

The reality is that the hortatory articles and hagiographic profiles are masks for liberal fragility. “Basically, we have this small window right now to pass redistricting reform and create states,” the data analyst David Shor told New York magazine recently. “And if we don’t use this window, we will almost certainly lose control of the federal government and not be in a position to pass laws again potentially for a decade.” Shor’s prognosis may be overly bleak. But at least he is able to acknowledge that Biden’s election did not suspend the laws of political gravity and that midterms favor the out party.

Rather than behave cautiously in this hazardous environment, the Democrats decided to drop their inhibitions. They feel unconstrained by Republicans, by the bond market, and by precedent. They have legions of journalists cheering them on. They take Obamacare as proof of Reagan’s dictum that the nearest thing to eternal life on this earth is a government bureau. It’s next to impossible to eliminate benefits with strong constituencies—and the strongest constituency of all is the middle class.

The Democrats’ logic goes like this: Flood the country with tax credits and child allowances and EV charging stations and subsidies for green energy and home-health-care workers, and dare Mitch McConnell and Kevin McCarthy to take these goodies away. What else do you have to lose? The majority is likely to be gone anyway.

Biden’s motivation is similar. “My plan is to run for reelection,” he said at his first press conference. “That’s my expectation.” But it’s not the expectation of the political class. Already the oldest president in American history, Biden will be 82 on Inauguration Day 2025. He has described himself as a transitional figure, whose job is to train up-and-coming Democrats such as Vice President Kamala Harris and Secretary of Transportation Pete Buttigieg. Political insiders doubt he’ll run (though insiders often turn out to be wrong).

If Biden does change his plan and forgoes a second term, America will have had back-to-back one-term presidents for the first time since the 1800s. No doubt Biden wants to be remembered for more than that, and for more than having defeated Donald Trump. A better legacy for someone who has held office for as long as he has would be increasing the size and scope of the federal government to a greater degree than any president since the middle of the 20th century.

Biden and the Democrats hear the clock ticking. Which is why they have embraced the old Silicon Valley mantra of move fast and break things. And why they express little to no concern about the unintended consequences of their grandiose visions. 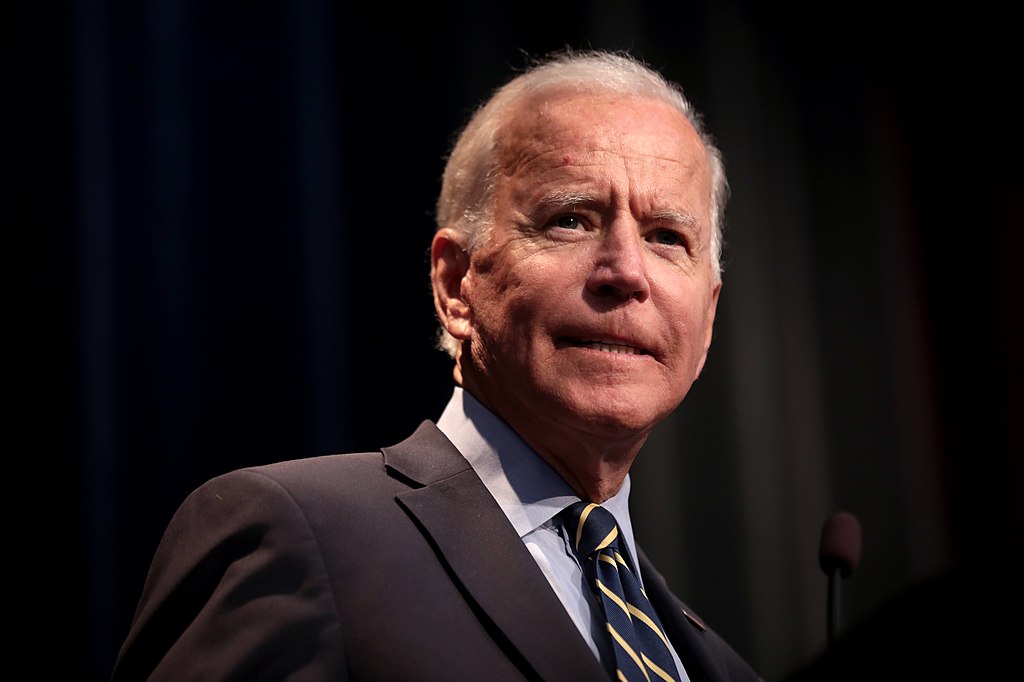