By the beginning of April, the coronavirus pandemic had upended society, economics, and politics. More than a billion people around the world were under some sort of lockdown, ranging from quarantine to self-isolation to social distancing. Some 10 million Americans had filed for unemployment benefits. It had been a month since President Trump held a Keep America Great rally, and Joe Biden, the front-runner for the Democratic nomination, was secluded in the basement of his Delaware home. How we work, eat, shop, learn, worship, and play had changed dramatically. And it was probable, as the days turned into months and economic conditions worsened, that life after the virus would be incalculably different than it had been before.

And yet, for all the rapid disruption the coronavirus brought to our shores, some things remained the same. The strain in American thought suspicious of expert opinion and rebellious toward public authority reared its head in mistaken analogies between COVID-19 and influenza, and in errant dismissals of the severity of the outbreak. The vulgarity and frivolity of much of popular culture had not waned, even as movie theaters closed their doors and production studios suspended operations. The sniping between Republicans and Democrats continued, magnified by the president’s volatile and unpredictable nature. The national media, while focusing their attention on the crisis, stayed fixed in the ideological and partisan positions they held as recently as three weeks earlier.

Maybe they had reason to do so. It is natural in a crisis to turn to the familiar. Routine practices and presences provide reassurance. They stabilize fragile states of mind. The coronavirus had upended our social life, but that didn’t mean it also had to overpower our intellectual life. Might as well hold on to what had not been altered.

Still, one couldn’t help noticing that our modes of thought, methods of interpretation, and analytical frameworks had not yet adjusted to a novel and bizarre reality. On the right, libertarians and supply-siders cautioned against restrictions on individual liberty and the unintended consequences of long-term unemployment insurance, as Republican chief executives and lawmakers shut down economies, enforced penalties against social gatherings, and expanded the federal government by half (for starters).

On the left, journalists wrote about the effects of the coronavirus that related to the social-justice trinity of race, gender, and class, while minimizing those elements of the story—such as the role of the Chinese Communist Party in allowing the virus to spread—that undermined prior commitments to international peace, love, and understanding (except where Israel is concerned).

Liberal sentimentality, hostility to conservatives, and woke clickbait are a powerful combination. They are able to withstand the harshest realities. As early as January 30, CNN published an “analysis” under the headline, “Coronavirus Task Force Another Example of Trump Administration’s Lack of Diversity.” It’s “infuriating,” wrote Brandon Tensley, that the experts on whom Trump relies for advice are “largely the same sorts of white men (and a couple of women on the sidelines) who’ve dominated the Trump administration from the very beginning.” Tensley didn’t mention that Surgeon General Jerome Adams is black, and Seema Verma, the head of the Centers for Medicare and Medicaid Services, is Indian-American. Such an admission would have complicated his loopy thesis that the identities of Trump’s experts “telegraph the kinds of people the administration deems worthy of holding power—and even being in close proximity to it.”

If you visited Twitter on March 19, you probably encountered a video of 25 random celebrities, from Marc Ruffalo to Amy Adams, singing John Lennon’s “Imagine.” No one could really say why a song that postulates a world without borders, nations, religion, or an afterlife should feel uplifting during a global pandemic spread by international air travel and responsible, at the time of writing, for the deaths of more than 55,000 people. It must have seemed appropriate in the moment. Joining in a chorus of “Imagine,” after all, is what celebrities do. Or at least it’s what they were accustomed to doing before the coronavirus. Now they looked silly and out of touch.

The ideas of diversity, equity, and inclusion exercise hegemony over the Very Online. On the same day the film stars warbled Lennon, Vice published a story entitled “As Hospitals Prepare for COVID-19, Life-Saving Trans Surgeries Are Delayed.” The urgent demand for hospital beds has led to the cancellation or postponement of gender-reassignment surgeries. “Further delays,” wrote Kaye Loggins, “can be dangerous and even life-threatening.” No doubt. Of course, the coronavirus is pretty dangerous and life-threatening, too.

So far, shortages of Personal Protective Equipment for EMTs and doctors, a scramble for ventilators, and fears of mass unemployment have not caused these kinds of political activists and commentators to abandon or revise the ideas and attitudes and recommendations they held before the onset of the disease. This stubbornness is why you hear figures on the right saying the virus is not as bad as the media claim and calling for tax cuts and shortened unemployment benefits when people are scared to leave their apartments.

And it is why you may have read in the March 26 New York Times an editorial with the following headline: “Make Abortion More Available During the Pandemic—Not Less.” In a reluctant concession to social distancing, the pro-choice editors urged the FDA to approve home delivery for certain abortifacients. “With so much about the future uncertain for countless Americans,” they wrote, “it’s more important than ever that everyone has control over their reproductive choices, at least.” An op-ed in the Times assigned blame for the whole debacle to the left’s favorite enemy: “The Religious Right’s Hostility to Science Is Crippling Our Coronavirus Response.”

The impact of the coronavirus might not be felt in our politics and political thought for a while. “The climate-change movement is likely to be another victim,” Tyler Cowen predicted in a March 20 Bloomberg column titled “The Coronavirus Killed the Progressive Left.” That might have jumped the gun. As Cowen wrote his piece, Nancy Pelosi was angling to include elements of the “Green New Deal” in a bill intended to support businesses and workers. On March 31, the Washington Post published an article revealing that “the environmental upside of the virus shows the green way ahead.” Yes, the world order may be about to collapse. But, the authors wrote, look on the bright side: The Venice canal is clean!

It is necessary, in times like these, to have a sense of perspective and a grasp of priorities. These are elements that have been missing from American culture for some time. Perhaps they will return. But old habits die hard. And bad habits die hardest of all.

One of the few missteps Barack Obama ever made on the campaign trail was when he attempted to psychoanalyze “bitter” voters who “cling to guns or religion or antipathy to people who aren’t like them or anti-immigrant sentiment or anti-trade sentiment as a way to explain their frustrations.” What about the liberals who latch on to anti-religious sentiment or the shibboleths of social justice or gender neutrality or environmentalism or antipathy to people who aren’t like them as a way to make sense of a bewildering and scary world? In the age of the coronavirus, the Deplorables are not the only bitter clingers. 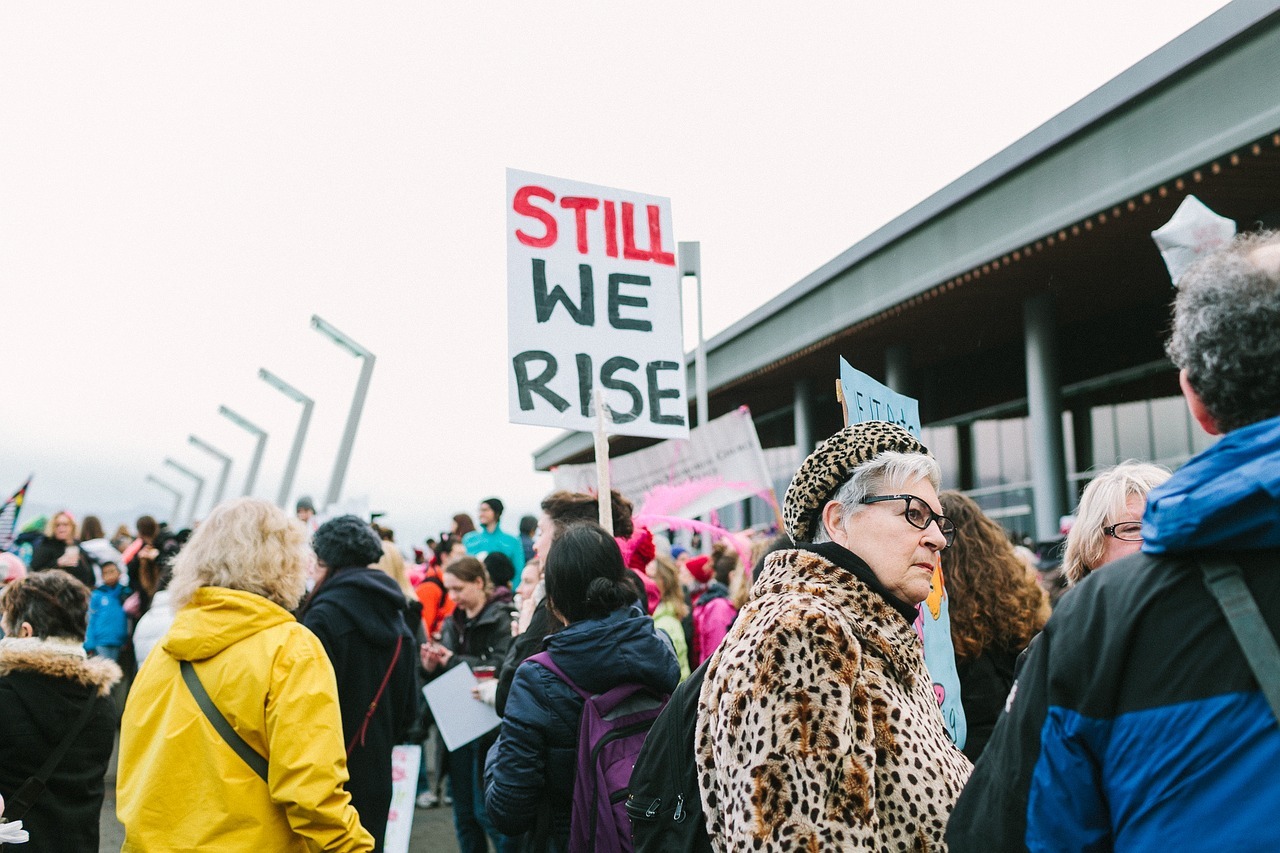 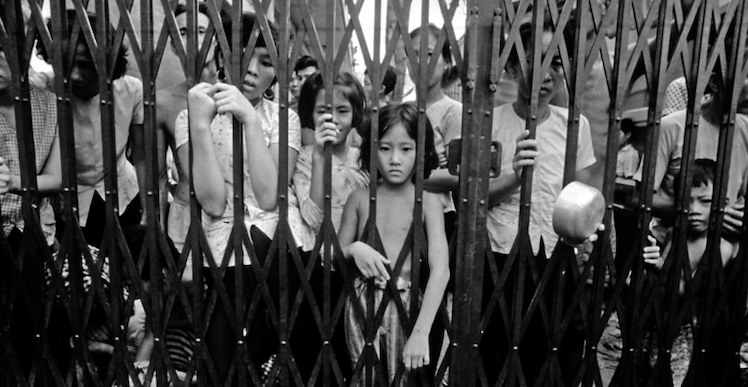 Why and How to Revive American Anti-Communism 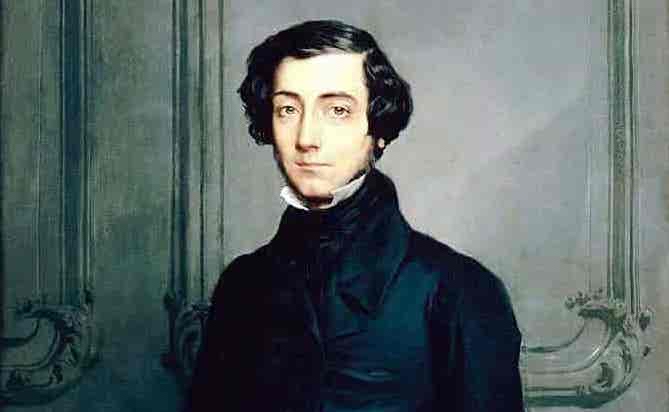