Here’s a happy thought: If all goes well, sometime in the coming months the federal government will announce that a coronavirus vaccine is ready for mass distribution. There are plenty of candidates for such a designation. According to the New York Times, no fewer than nine different vaccines are in the midst of mass-efficacy trials. This “Phase Three” of pharmaceutical development is the final step before regulatory approval. On September 13, Pfizer CEO Albert Bourla told CBS News that his company’s vaccine could be available by the end of the year. The head of the National Institute for Allergy and Infectious Diseases, Dr. Anthony Fauci, has also told Congress that a vaccine is likely by New Year’s Eve. There may be plenty of reasons to celebrate as the clock strikes midnight.

Then comes the hangover. It may turn out that the political task of convincing Americans to take the vaccine will be more difficult than the scientific task of designing it. The public is wary of rolling up its shirtsleeves for a coronavirus inoculation. In early August, Gallup reported that 35 percent of Americans would say no to an approved vaccine. And the number of people who would say yes is declining. A couple of weeks after Gallup, an NBC News/Survey Monkey poll found that 44 percent of U.S. adults would take the vaccine. In early September, a CBS News/YouGov poll found that just 21 percent of registered voters would take the vaccine “as soon as possible.”

Some of this reluctance may be due to the way pollsters ask the question. It’s reasonable to want to wait until the safety of a vaccine is proven again and again before rushing to the CVS MinuteClinic down the road. But there are also larger forces at work undermining confidence in what might be the best chance the world has to return to something like pre-pandemic ways of life. Political polarization, a loss of trust in expert opinion, conspiracy theories that spread through social media, and a fractured national story explain the skepticism toward vaccinations in general. And the coronavirus vaccine in particular threatens to become the objective correlative of this terrible postmodern pandemic: a totem of the social trends and cultural attitudes that contribute to the paranoia and fear coursing through America today.

This ethos of suspicion and mistrust is confined to neither one political party nor one sector of the population. A 2018 survey by the nongovernmental organization Wellcome Trust found that rich societies are more likely than others to reject the idea that vaccines are safe and effective. The anti-vaccination movement predates the coronavirus and has been responsible for a resurgence in measles and polio. What makes the problem acute is the fact that the people who are most at risk from the coronavirus are also the most incredulous toward a potential vaccine.

It is no secret, for example, that many if not most Republicans are “of a certain age.” The older someone is, the greater the dangers associated with coronavirus infection. But among the political affiliations, Republicans hold the most devil-may-care views of a vaccine. Only 21 percent of Republican registered voters told CBS News/YouGov that they would get the medicine as soon as possible. Just 48 percent said that they would consider vaccination but would “wait to see what happened to others.”

Black Americans suffer disproportionately from the worst coronavirus outcomes. But among racial groups, black Americans are also the most unwilling to get a coronavirus shot. In July, political scientists at the University of Miami conducted an online poll of Americans and found that 49 percent of black respondents agreed with the statement “the dangers of vaccines are being hidden by the medical establishment.” Forty-two percent of black respondents agreed with the statement “the coronavirus is being used to force a dangerous and unnecessary vaccine on Americans.” In an August survey by BlackDoctor.org, 58 percent of African Americans said that they would not get a vaccination right when it becomes available. And in the September CBS News/YouGov survey, just 12 percent of black registered voters said they would take the vaccine as soon as possible.

In such circumstances, it becomes especially important for elected officials to reassure the public that any vaccine approved by the government would be efficacious. It would be nice to have such officials. President Trump has been an optimistic advocate of vaccine development. But his past statements on vaccinations, including his January 2017 invitation to notorious skeptic and conspiracy theorist Robert F. Kennedy Jr. to head a “vaccine safety commission,” undermine his credibility. And the not unfounded belief that Trump is pushing vaccine approval because he understands his reelection may depend on it heightens the apprehension of his opponents.

Nor did Kamala Harris help matters when she related her own vaccination fears to media outlets in early September. When CNN’s Dana Bash asked whether the vice-presidential nominee would get a vaccination approved by the FDA prior to the election, Harris dodged. She never said yes. Instead she said, “Well, I think that’s going to be an issue for all of us.” Then she added, speaking of President Trump, “I will not take his word for it.”

It is rare for Joe Biden, of all people, to have to clean up after someone else’s gaffe. But that is what he was forced to do the next day, when he said during one of his rare moments on the campaign trail that yes, “If I could get a vaccine tomorrow, I’d do it. If it cost me the election, I’d do it. We need the vaccine, we need it now.” But Biden also could not help suggesting that Trump and his administration cannot be taken seriously as governing authorities: “I would want to see what the scientists said.”

Harris and Biden may like to distinguish between President Trump and the scientists who work for him, but the public does not see things that way. It has waning confidence in practically every institution: political, scientific, and journalistic. A September Kaiser Family Foundation survey found that “the share of adults who trust the CDC to provide reliable information has decreased 16 percentage points since April.” The share of adults who trust Dr. Fauci has fallen 10 points. And in August, Gallup and the Knight Foundation reported that a whopping 86 percent of Americans say that there is at least “a fair amount” of bias in media.

In all likelihood, both Trump and Fauci will vouch for an FDA-approved mass-tested vaccine. But the reach of the vaccine will be limited because there are millions of Americans who won’t take either Trump’s or Fauci’s word for it. Here is another instance of the prisoner’s dilemma that polarization has forced upon the American public: The public interest is the ultimate victim of two sides whose mutual animosities override their self-interest rightly understood.

Perhaps the lone hero in this sorry tale is Ivanka Trump, who pledged to take the vaccine live on television after Joy Behar, co-host of ABC’s The View, said she wouldn’t get a shot before Ivanka did. It says a lot about our country and our moment that more politicians and celebrities will have to act like Ivanka if they do not want the reception of the coronavirus vaccine to be one more step in the passage of civilization from pluralism and science to tribalism and superstition. 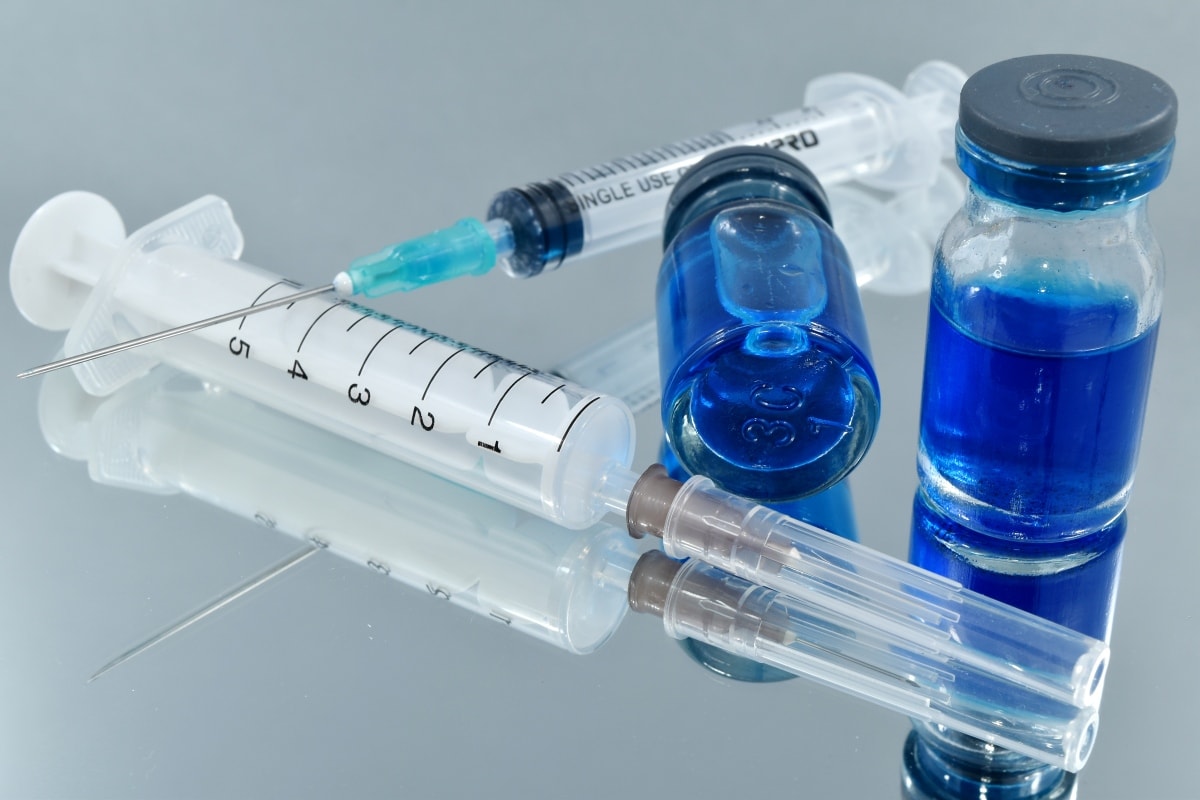