onald Trump’s election as president sent the press scrambling for explanations. Few in the media expected Trump to win, an assumption reflected in coverage of the presidential campaign. In the weeks before Election Day, major papers and television networks were filled with stories touting Hillary Clinton’s “blue wall” of states, including Michigan, Pennsylvania, and Wisconsin (oops), and celebrating a “surge” of Hispanic voters that would put Clinton over the top. As it turned out, Trump won more Hispanic votes than Mitt Romney.

Because it is difficult for liberals to understand that people might oppose them on substantive as well as moral grounds, their analyses of the election results were as flawed as their takes on the horse race. Many liberal commentators simply ascribed Trump’s victory to the supposed racism, misogyny, and authoritarianism of his supporters, reducing varied and complex motivations to base, irrational, and impermissible drives. Other reporters, editors, and anchors quickly became enamored of the idea that misinformation on social- media networks and the Internet tricked voters into supporting Trump, that America fell for a con ginned up by liars with Facebook accounts eager to make a quick buck and assisted by cybernauts in league with the Kremlin. Such was the genesis of the controversy over “fake news.”

“News websites designed to trick and mislead people seem to pop up every single day,” wrote Brian Stelter of CNN. “For their creators, the incentives are clear: more social shares mean more page views mean more ad dollars.” A post claiming that Pope Francis endorsed Donald Trump might show up in your Facebook news feed, enticing you to click and read the details. But the details, like the post, are manufactured. “The B.S. stories hurt the people who read and share them over and over again,” Stelter continued. “Many of these fakes reinforce the views of conservative or liberal voters and insulate them from the truth.” Stelter, anchor of the show Reliable Sources, urged viewers and readers to check the basis of sensational and inflammatory stories before pressing the share button. Good advice.

And yet the argument over fake news is about more than due diligence. It is also about the fear of outside influence in American politics, the role of the mainstream media in our public life, and the power of tech giants in Silicon Valley to censor speech. In November, for example, an explosive Washington Post story claimed, “The flood of ‘fake news’ this election season got support from a sophisticated Russian propaganda campaign that created and spread misleading articles online with the goal of punishing Democrat Hillary Clinton, helping Republican Donald Trump and undermining faith in American democracy,” according to “independent researchers who tracked the operation.” The Post quoted an anonymous source: “It was like Russia was running a super PAC for Trump’s campaign.”

The “independent researchers” on whom the Post relied belonged to a group called PropOrNot, which had compiled a list of 200 websites that, according to the Post, “wittingly or unwittingly published Russian propaganda.” The list included operations funded by the Russian government, including RT and Sputnik News and Pravda, as well as websites such as WikiLeaks. But it also included sites that are merely sympathetic to Russian policy and to Vladimir Putin, or critical of American foreign policy in general, such as the pages of paleo-conservative or paleo-libertarian writers Paul Craig Roberts, David Stockman, Lew Rockwell, and Justin Raimondo. Also on the list were heavily trafficked populist websites such as Infowars and the Drudge Report.

I should pause here to say that I disagree with the aims and opinions and methods of basically everyone named by PropOrNot. But it is wrong and dangerous to blur the line between state-backed propaganda such as RT and the opinions of disgruntled quacks. It is absurd and offensive to suggest that the Drudge Report, which links to all sorts of media including the warmongering Kate Upton blog I edit, is a tool of Moscow. And when U.S.–Russian relations are as poor as they are today, to label news outlets pro-Putin is not only censorious. It is libelous.

Long ago the press changed its job description and went from telling readers what had happened to telling them what to think.


That may be why online commenters and the left-wing site the Intercept savaged the Post story for not distinguishing between official propaganda and the freewheeling, tabloid-style, not-always-tethered-to-reality world of the Internet. So harsh did the criticism become that the Post eventually appended a long editor’s note to the top of the piece that distanced the newspaper, whose proprietor is Web billionaire and Trump opponent Jeff Bezos, from its own thesis:

A number of those sites have objected to being included on PropOrNot’s list, and some of the sites, as well as others not on the list, have publicly challenged the group’s methodology and conclusions. The Post, which did not name any of the sites, does not itself vouch for the validity of PropOrNot’s findings regarding any individual media outlet, nor did the article purport to do so.

Now you tell us.

Why the obsession with fake news? Readers with long memories will note that the mainstream media did not use this term to describe the work of Janet Cooke, Stephen Glass, and Jayson Blair, or the reporters who vilified and maligned the Duke Lacrosse Team, or the disgusting fabrications Rolling Stone told about fraternity life at the University of Virginia, or the myths parroted on CNN that Michael Brown shouted “hands up, don’t shoot” before he was killed in Ferguson. Nor was fake news a problem in 2012 when a man named Floyd Corkins said he shot an employee of the conservative Family Research Council in the arm because the Southern Poverty Legal Center had accused it of being a hate group. And yet four years later, when an armed man showed up at a D.C. pizzeria after reading online that it might be connected to human trafficking, the mainstream media’s quest to anathematize fake news intensified. (Luckily, no one was harmed.)

What makes the controversy salient is the uncertain social position of the mainstream media. The press, Tom Wolfe wrote, is a Victorian Gentleman, the arbiter of manners and fashion, the judge of right conduct and good breeding. But the fragmentation of the media landscape, the decentralization of the Internet and social media, and the rise of Donald Trump have set this Victorian Gentleman back on his heels. Long ago he changed his job description and went from telling his readers what had happened to telling them what to think. And the fact that so many people now have the means to disagree with him, to challenge him, to speak unmediated and uncensored, is profoundly disturbing to his sense of authority and self-worth.

There always have been and always will be cynics, fabulists, and crazies, because these human types express durable traits of our nature. But the free-speech zone of the World Wide Web is the result of human artifice, and thus contingent in space and time. It would be folly, and injurious to freedom, if the oligarchs that own social-media platforms allowed the Victorian Gentleman to reassert his preeminent status through censorship of speech that disturbs his liberal, affluent, entitled cocoon. 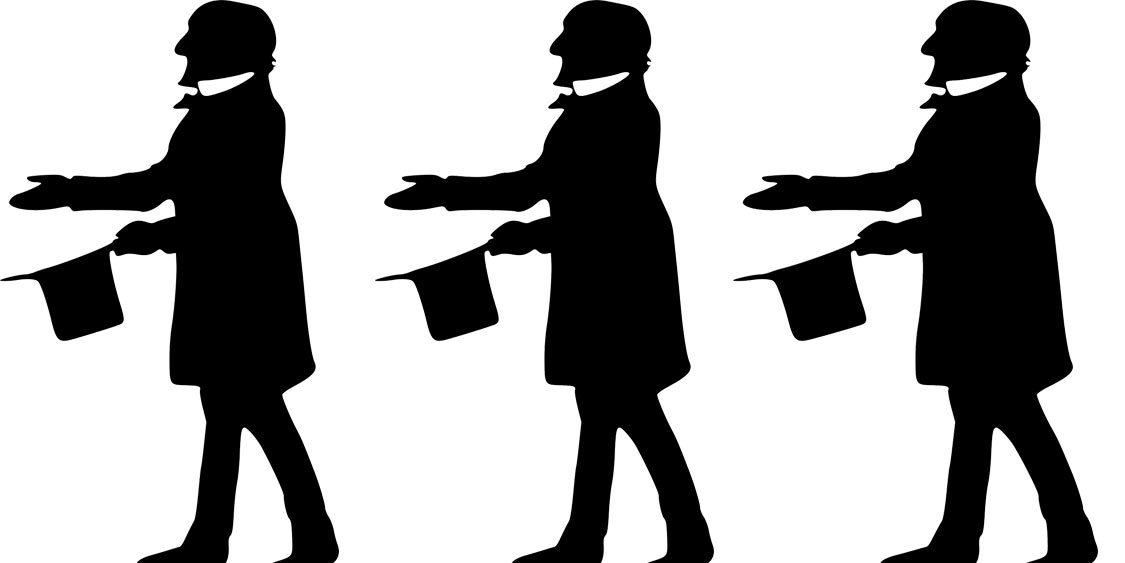