Last spring, after terrorist attacks killed more than a dozen Israelis, the Israel Defense Forces conducted counterterrorism operations throughout the West Bank. On May 11, during a raid in the city of Jenin, a bullet struck and killed Al Jazeera correspondent Shireen Abu Akleh. What happened next is a case study in selective indignation that continues to damage the U.S.-Israel relationship.

Suddenly—and all too predictably—the 51-year-old Akleh, who held U.S. and Palestinian Authority passports and covered the Israeli–Palestinian conflict from her base in Jerusalem, became a martyr for the Palestinian cause and a rallying cry for critics and enemies of Israel. Palestinian Authority president Mahmoud Abbas, 18 years into his four-year term, described Akleh’s death as an “execution” at the hands of the Israeli army. A Hamas spokesman said that Israel had “deliberately assassinated” her. Such language reverberated in the United States, where Representative Rashida Tlaib (D., Mich.) said that Israel “murdered” Akleh.

The rush to judgment was as dizzying as it was grotesque. The usual suspects charged Israel with murder before either an autopsy or an official inquiry had been performed. And the imputation that the Israeli military had killed Akleh on purpose was simply slanderous. Israel has the freest press in the Middle East, and the Israel Defense Forces operates under strict rules of engagement that are meant to limit civilian casualties. To argue that what happened in Jenin could have been anything more than a terrible accident is to argue in bad faith.

Yet there is plenty of bad faith to go around, so far as Israel is concerned. Not only did the Palestinian Authority refuse to conduct a joint inquiry with Israel into Akleh’s death, it also would not allow the Israelis to examine the bullet that had killed her. Akleh’s funeral erupted in violence when Israeli riot police clashed with a mob that attempted to turn the sacred rite into a nationalist rally by carrying her casket through the streets of Jerusalem. Global media and nongovernmental organizations issued reports feeding the conspiracy theories surrounding Akleh’s death. And U.S. Democrats looking to court pro-Palestinian constituencies insisted that the Biden administration take a hard line against the armed forces of an American ally.

On May 19, for example, 57 Democratic congressmen sent a letter to Secretary of State Antony Blinken and FBI director Christopher Wray demanding that the United States investigate Akleh’s death. On June 6, senators Jon Ossoff (D., Ga.) and Mitt Romney (R., Utah) sent a separate letter to Blinken asking “that the Administration ensure a full and transparent investigation is completed and that justice is served for Ms. Akleh’s death.” And on June 23, Senator Chris Van Hollen (D., Md.) and 23 of his colleagues—roughly half the Senate Democratic caucus—sent their own letter seconding the House Democrats’ request for an FBI investigation.

It’s worth pausing to reflect on the cynical and nakedly political nature of this congressional correspondence. Since the 1980s, Congress has authorized the FBI to investigate the deaths of Americans overseas at the hands of terrorists and other transnational bad guys—not war correspondents caught up in a battle between a military partner and unlawful combatants. Out of a slippery combination of malice and ignorance, these congressmen were asking the U.S. government to treat Israeli soldiers as international terrorists, all while knowing that Israel would never cooperate in such a farce and that the only real consequence of such an investigation would be a rupture in the alliance between our two countries. No wonder Congress has such low approval ratings.

What’s more, an official inquiry was already underway. On July 4, the State Department announced that U.S. Security Coordinator for Israel and the Palestinian Authority (USSC) Michael Fenzel, a three-star Army general working in cooperation with both the Israeli military and the Palestinian Authority, was unable to reach a definitive conclusion about the origins of the bullet that killed Akleh. Fenzel did say that the evidence leaned in one direction. “By summarizing both investigations,” the State Department said, “the USSC concluded that gunfire from [Israeli] positions was likely responsible for the death of Shireen Abu Akleh.”

Significantly, the State Department underscored that the USSC found no basis to believe that the killing was intentional. Yet this discovery was not enough for Akleh’s family, with whom Blinken met in early July, or for Senator Van Hollen and three of his Democratic colleagues. They sent another letter to Blinken rejecting the USSC findings—insinuating, in other words, that their own government was involved in an international cover-up orchestrated by Zionists—and repeating their call for an FBI inquiry.

Then, on September 5, the IDF said in a statement that, while “it is not possible to unequivocally determine the source of the gunfire which hit and killed Ms. Abu Akleh, there is a high possibility that Ms. Abu Akleh was accidentally hit by IDF gunfire fired toward suspects identified as armed Palestinian gunmen during an exchange of fire.” The IDF did not open a criminal investigation. “The soldier is sorry, and I am sorry,” an IDF spokesman told CNN. “This was not supposed to happen, and it should not happen. He did not do this on purpose.”

The State Department treated the IDF statement as the final word. “We welcome Israel’s review of this tragic incident, and again underscore the importance of accountability in this case, such as policies and procedures to prevent similar incidents from occurring in the future,” said spokesman Ned Price. The bureaucratic tut-tutting was unnecessary and offensive to Israeli ears—American history, after all, is replete with evidence that the best policies and procedures cannot prevent human error or freak occurrences. Still, though, after months of controversy and two investigations, the unfortunate matter appeared finally settled.

Then things got weird. On November 14, months after the IDF report and not long after elections in both Israel and the United States, Israeli defense minister Benny Gantz acknowledged that the FBI had opened an investigation into the Akleh killing. Even more remarkable than this unprecedented move was the fact that neither the White House nor the State Department seemed to be aware of it. The National Security Council provided Axios a banal statement of regret for Akleh’s death. Both the White House and the State Department let it be known that they had had nothing to do with the FBI inquiry. And the Department of Justice would not comment.

The only government that seemed to have its business in order was Israel’s. Gantz said the obvious thing: There was no way Israel would cooperate with the FBI. Van Hollen, meanwhile, cheered the news from his office in Washington. Yet imagine his reaction if the Shin Bet announced an investigation into the U.S. Army.

At the time of writing, no one knows the details of the FBI inquiry, or the identity of the official who authorized it, or how long it will go on before the U.S. government realizes its ineffectuality. What is known is that the anti-Israel gang successfully bullied an agency of the United States government into taking the extraordinary step of treating the military of the Jewish state as a criminal enterprise, with no consideration of the potential fallout in the Greater Middle East or the precedent that might be set for U.S. soldiers in future actions.

Tyrannical governments in China, Iran, Venezuela, and the West Bank and Gaza Strip murder, unjustly imprison, and violate the dignity and human rights of individuals every day, yet the Biden administration sees fit to crack down on Israel. It’s hard to decide whether to be more outraged at Biden’s appeasement of Israel’s enemies or at the confusion and incompetence of his lieutenants.

In early December, Secretary of State Blinken spoke to the anti-Israel group J Street and pledged his commitment to expanding the circle of peace encompassing Israel and her Arab neighbors. “Integrating Israel,” Blinken said, “also means continuing to fight for Israel to be treated the same way as every other nation—no more, no less.” Maybe he should tell that to the FBI. 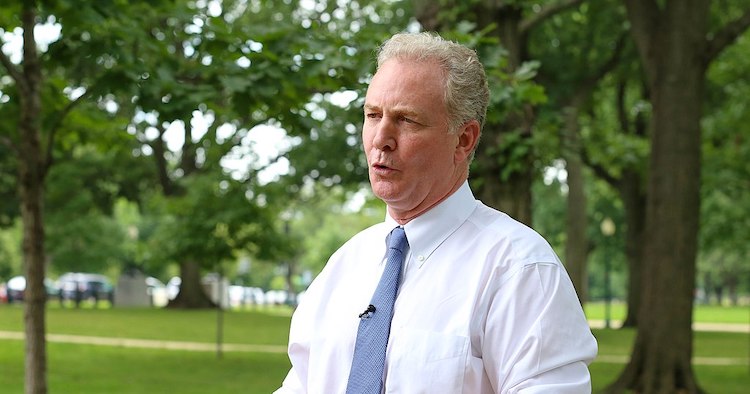