aking sense of the fight between Hulk Hogan, Peter Thiel, and Gawker Media is as difficult as figuring out where Hulk Hogan the wrestling character ends and Terry Bollea, the man who portrays that character, begins. It’s a complicated, weird, and tawdry saga that also perfectly illustrates the confused way liberals think about freedom.

Here’s a primer. In October 2012, Gawker.com published a sex tape of the famous wrestler without, needless to say, obtaining his permission. That same month, Hogan sued for invasion of privacy and “emotional stress and harm.” Hogan wanted $100 million in damages. Unsurprisingly, the two sides failed to reach a settlement. Trial began on March 7 of this year and concluded on March 18 when the jury awarded Hogan $115 million. Another $25 million was added later, bringing the total to $140 million. Appeal was denied in May.

It was also in May that Peter Thiel, the founder of PayPal and a board member of Facebook, revealed in an interview with the New York Times that he had financed Hogan’s lawsuit for about $10 million. Thiel had waited years to repay Gawker for a 2007 article publicizing the fact that he was gay. “I saw Gawker pioneer a unique and incredibly damaging way of getting attention by bullying people even when there was no connection with the public interest,” Thiel said. It wasn’t revenge he wanted. It was “specific deterrence.”

He got a lot more than that. When Gawker Media filed for bankruptcy on June 10, liberal journalists blamed Thiel for threatening the First Amendment and a free press. “Thrilled to live in this new world where billionaires can bankrupt publications out of nothing more than pique,” tweeted Jamelle Bouie of Slate. “Terrible precedent,” tweeted the Freedom of the Press Foundation. “You can bet he won’t be the last billionaire who will try to bleed a news org into bankruptcy.” Author Michael Casey tweeted: “Self-censoring journos? Do we want to live in THAT place?”

Hulk Hogan sure does. Nor is it hard to see why. Lost in the criticism of Thiel was any mention of the basis of the wrestler’s suit: a completely gratuitous invasion of privacy totally unrelated to reasonable public debate. The republic was not saved because of Gawker’s actions, and it’s not as though the Internet is in dire need of more pornography. Hulk Hogan isn’t Richard Nixon, and this most definitely was not the lost Watergate tape.

Liberals made the category error of mistaking invasion of privacy for a First Amendment case. Gawker is not the Washington Post, it’s a gossip blog that regularly crosses the line separating the private sphere from the “public’s right to know.” This is the same website that maliciously published Sarah Palin’s personal emails in September 2008 with the words, “It looks legit!” The same site that in 2015 removed a story outing a married father with children after journalists and editors condemned it for venal, petty, and unwarranted gay shaming. “That article is reprehensible beyond belief,” wrote Glenn Greenwald at the time. “It’s deranged to publish that.” Here’s some advice: When Edward Snowden’s publicist says you’ve revealed too much information, it’s time to step back and think about how you spend your days.

Because Gawker is so hard to defend, liberals had to make their case against Thiel prospectively rather than retrospectively. “Sure, Gawker has published items that walk the line of ethical journalism,” wrote Davey Alba and Jennifer Chaussee in Wired. “But there’s little to stop any other billionaire with a score to settle against a free press performing its most basic function: holding the powerful accountable.”

As an editor who has been threatened with lawsuits, I appreciate the danger news outlets run when the material they publish offends the rich and powerful and litigious. But I also know that publishing carries responsibilities.


Ah yes, the power Hulk Hogan exercises over the cowed and bewildered citizenry of the United States of America—thank you, Gawker, for letting us know that a man who plays a fake sport isn’t who he says he is!

“What’s tough about defending Gawker is, well, defending Gawker here,” wrote Ezra Klein at Vox. But he’s clever and managed to do so anyway. “Thiel’s method of reprisal is dangerous,” Klein wrote. Why? Because “billionaires might have the resources to fund endless lawsuits that bury their media enemies beneath legal fees, but that doesn’t mean they should use that freedom.”

I know you’re just blown away by the profundity of this moral reasoning. It’s worthy of Kant. Of course, Gawker might also have had the resources to publish a sex tape of a has-been celebrity from the ’80s, but that doesn’t mean it should have used that freedom. Right, Ezra?

“The Facebook board member and Silicon Valley demigod just gave the world a master class in how a billionaire can achieve enormous ends with a relatively modest investment,” wrote Felix Salmon at Fusion. “Thiel’s tactics in going after Gawker are very, very frightening for anybody who believes in freedom of speech,” Salmon went on, because “he has created a whole new weapon which can be used by any evil billionaire against any publisher.”

And this “new weapon” waiting to be picked up by the next “evil” billionaire is—well, what? The judiciary? A jury? Public opinion? Privacy law? Salmon is remarkably vague. In his piece he seems worried that Thiel might inspire Mark Zuckerberg to “wage scorched-earth campaigns against private media organizations.” I’m not as worried. If the “private media organizations” in question expect to feel no consequences after flagrantly violating people’s privacy, here is another scorched-earth campaign this warmongering neocon can support.

As an editor who has been threatened with lawsuits, I appreciate the danger news outlets run when the material they publish offends the rich and powerful and litigious. But I also know that publishing carries responsibilities: that the information you convey is factual, that it is relevant, that you give the other side a chance to respond, that you refer controversial stories to legal counsel prior to publication. Not doing these things can result in big trouble for your publication—this was the situation before Gawker’s fight with Thiel and Hogan, and it will remain the case after the story is long forgotten.

Just because a Trump-supporting billionaire funded Hogan’s lawsuit doesn’t mean Hogan had no case. Wealth does not automatically corrupt all it touches, despite what our idealistic egalitarian Twitterati might say. “Ask not for whom the oligarchy tolls, it tolls for thee,” wrote Marcus Wohlsen in Wired. Well sure, I guess, if thee are a malevolent scandal sheet that ought never to have violated Hulk’s privacy in the first place. 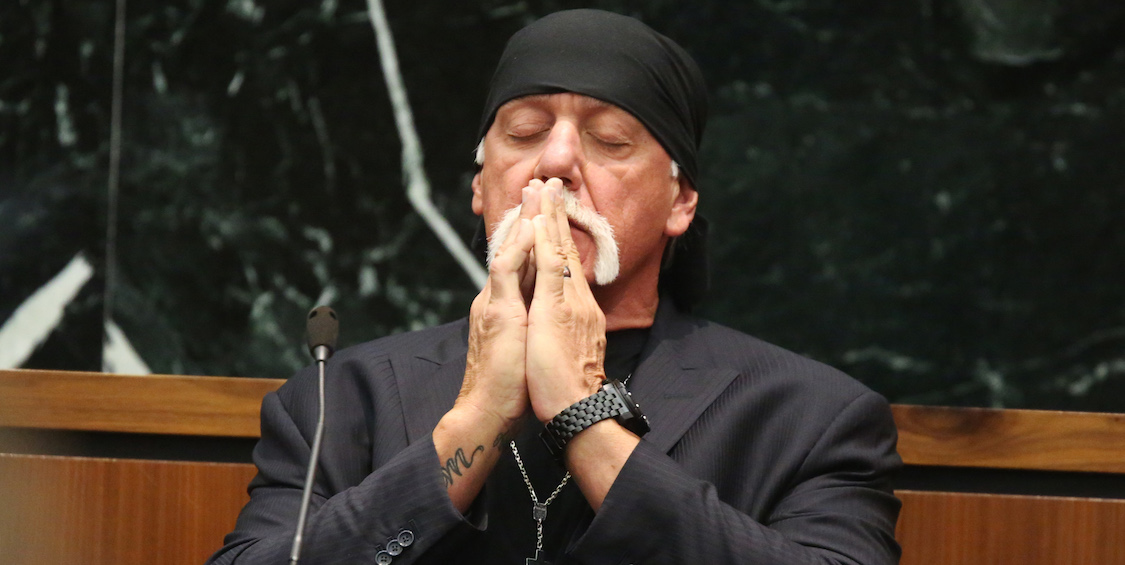