Human rights are in bad shape. No one is able to agree on what they are. For trendy academics, “human rights” are just cover for Western imperialism and “market fundamentalism.” The progressive left has reduced human rights pretty much down to abortion and same-sex marriage. Conservatives have turned inward and barely consider the importance of human rights. Outside the United States, transnational bureaucracies police the boundaries of an ever-expanding list of human rights without democratic oversight or accountability. The rise of authoritarianism globally has eroded protections from government interference in freedom of speech, assembly, religion, press, and democracy. Meanwhile, new technologies are invading individual privacy and increasing the power of the state.

In July 2019, then–Secretary of State Mike Pompeo tried to cut through the confusion. He established a Commission on Unalienable Rights. Its purpose was to “furnish advice to the Secretary for the promotion of individual liberty, human equality, and democracy through U.S. foreign policy.” The goal was to align America’s approach to human rights with the principles of the Declaration of Independence and the 1948 Universal Declaration of Human Rights (UDHR). “My hope,” he wrote in a Wall Street Journal op-ed, “is that the Commission on Unalienable Rights will ground our understanding of human rights in a manner that will both inform and better protect essential freedoms—and underscore how central these ideas are not only to Americans, but to all of humanity.”

Pompeo selected as chairwoman Mary Ann Glendon, who had taught him at Harvard Law School. Glendon, a former ambassador to the Holy See, is a well-known figure in Republican legal circles and pro-life activism. She’s also an expert in the philosophy and law of human rights. Among her many books is A World Made New, an engrossing study of Eleanor Roosevelt’s role in crafting the Universal Declaration. Glendon also has experience on government commissions, having served, for example, on George W. Bush’s Presidential Council on Bioethics. “She’s the perfect person to chair this effort,” Pompeo said.

Not for the left, she wasn’t. Glendon’s history in GOP politics, her association with the Vatican, and her long-held opposition to abortion were guaranteed to set off controversy, and they did. Aside from that, the prospect of a Republican administration weighing in on human rights—and suggesting that human rights are not the exclusive province of left-wing interest groups—instantly mobilized a sizable coalition of progressive institutions and activists against the commission. That the commission was announced a month after the Trump administration had instructed U.S. Embassies to fly the American flag alone—and not, as some had been doing, the rainbow flag as well—intensified the left’s fear that Glendon would lay the intellectual foundation for Pompeo to exclude women, gays, and minorities from human-rights policy.

On July 23, 2019, more than 150 nongovernmental organizations and 250 former government officials, religious leaders, professors, and advocates sent Pompeo a letter about the commission that asked him to “immediately disband this body” and to “use the resources of your office to take action on the great many grave human-rights issues facing the world today.” Signatories included Obama-administration hotshots Susan Rice and Samantha Power.

The commission’s opponents targeted the makeup of the commission, saying it was stocked with members who “have focused their professional lives and scholarship on religious freedom” and who “are overwhelmingly clergy or scholars known for extreme positions opposing LGBTQI and reproductive rights.” They accused Pompeo of violating government procedure by not working through the State Department’s Bureau of Democracy, Human Rights, and Labor. And they feared that efforts to ground human rights in U.S. traditions would “nationalize” human rights and allow authoritarian regimes to justify repression on a cultural basis.

All these claims were specious. Glendon did not preside over some theocratic council. The commission’s 11 members included Christians, Jews, Muslims, and atheists, and both Republicans and Democrats. It is true that these scholars and activists believe in religious freedom. But only in feverish minds is religious freedom the same as religious fanaticism.

Nor did the commission violate administrative law or State Department protocol. It wasn’t a substitute for the Bureau of Democracy, Human Rights, and Labor. It was a supplement. And the deputy assistant secretary in charge of the bureau at the time didn’t seem to mind. After all, the commission was by its nature independent. Its purpose wasn’t to formulate policy, but to take a step back from the bureaucratic day-to-day and think more deeply about the meaning of human rights and their connection to diplomacy.

Even though it was charged with investigating the roots of unalienable rights in American political thought, the commission was not designed to suggest that human rights are whatever America says they are. Its mission was to make sense of the origins of America’s promotion of human rights and democracy, and to explain how that impulse culminated in the Universal Declaration of Human Rights after World War II. The commission’s members recognized that not every nation will have the same reasons for embracing dignity and freedom. What’s important is that nations reach the same conclusions about respecting human rights.

The commission released its final report in August 2020. No one who reads it with unbiased eyes can reasonably claim that it is extreme or even controversial. It is a learned, well-reasoned, considerate, deliberate, measured, and just document that carefully explains the American rights tradition, its triumph over slavery, its expansion to include women and black people, its centrality to the UDHR and to post–World War II American statesmanship, and the challenges to human rights from corrupt international institutions, Russia and China, pandemics and migration, terrorism, and decay.

Progressive shibboleths—abortion and gay rights—are hardly mentioned. They come up twice: once when the commissioners admit to disagreement on such issues, and again when they write, “In divisive social and political controversies in the United States—abortion, affirmative action, same-sex marriage—it is common for both sides to couch their claims in terms of basic rights.” That is not an incendiary statement. It’s an obvious one.

The left wasn’t satisfied. Despite the commission’s report being translated into multiple languages and supported by Nahdlatul Ulama, one of the largest Muslim associations in the world, the international human-rights bureaucracy continues to see it as an exercise in nationalism and bigotry. In January, Senator Ed Markey of Massachusetts asked incoming Secretary of State Antony Blinken, “Will you repudiate the findings of the report of the Commission on Unalienable Rights and reaffirm the United States’ acceptance and adherence to the human rights laid out in the Universal Declaration of Human Rights? And will you ensure that ambassadors are able to fly the pride flag once again at our embassies around the world?”

Blinken didn’t hesitate. “Yes to both,” he said. And within hours of President Biden’s inauguration, the commission’s report was removed from the website of the State Department’s Policy Planning Committee.

Which proved a couple of things. First, Pompeo’s reasoning was sound: Human rights really are in bad shape. And second, the Commission on Unalienable Rights wasn’t motivated by animus. 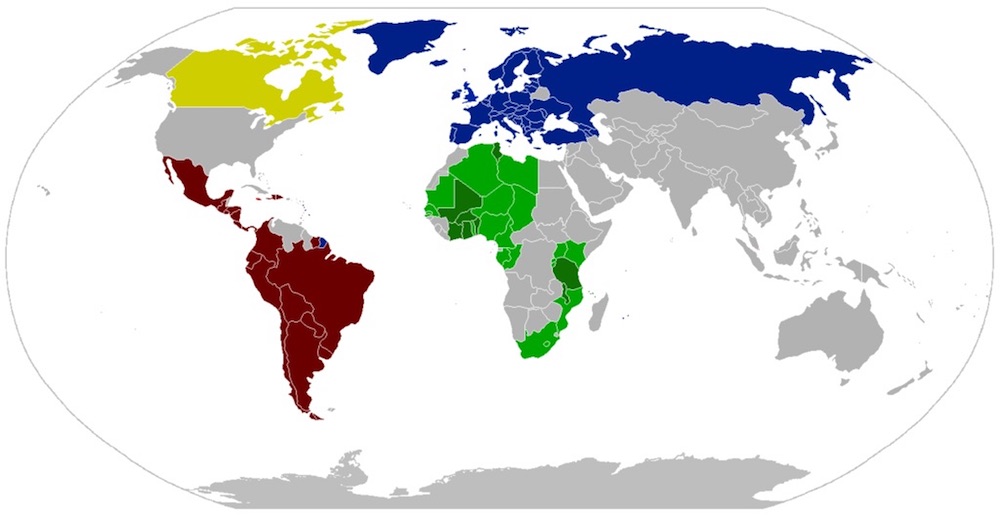