History doesn’t follow a schedule. The events that define an era often happen before or after the onset of a new decade. It’s been said that the Sixties didn’t begin on January 1, 1960, but on November 22, 1963, the day John F. Kennedy was assassinated. They didn’t end on January 1, 1970, but on August 9, 1974, when Richard Nixon resigned as president.

Keep this in mind as you look at retrospectives of the 2010s. The calendar decade may be drawing to a close, but the tendencies, ideas, movements, sentiments, and personalities associated with the past 10 years may not be quite ready to leave the stage. The underlying causes of national populism have not disappeared. Our times continue to be shaped by immigration, terrorism, and the cultural distance between voters without college degrees and the credentialed elites who govern them. It would be a mistake to follow the advice of the Bloomberg editor who wrote in a recent headline, “Populism Will Probably Just Go Away Soon, So Relax.” On the contrary: The populist epoch may be only beginning.

To say that the ’10s began with the collapse of Lehman Brothers on September 15, 2008, doesn’t tell the whole story. The first shoots of national populism were visible by the time of the Wall Street panic. In 2005, the Dutch and French both voted against a proposed European Constitution in an expression of discontent with the EU. In 2006, massive rallies of immigrants to the United States, some waving the flags of their countries of origin, sparked a backlash against proposed immigration reform. That was also the year that Congress, against the wishes of the Bush administration, blocked a proposal to transfer management of six American ports to a company in Dubai. And on August 29, 2008, John McCain announced that Sarah Palin would be his running mate.

The debate over Palin’s nomination was a preview of post-crisis debates over the Tea Party and Donald Trump. The very presence on the ticket of this pro-life, evangelical Christian mother of five, including a son with Down syndrome, exposed religious, ideological, geographic, and class divisions between Republicans and Democrats and within the Republican Party itself. Palin’s outsider status, her unfamiliarity with political convention, her down-home persona, and her Red America politics electrified supporters and terrified detractors. She imprinted herself on the election in a way only Barack Obama exceeded. Her subsequent criticism of the Independent Payment Advisory Board contained in the Affordable Care Act, which she called a “Death Panel” that would ration care, foreshadowed the wild rhetoric and “truthful hyperbole” of the Trump years.

The Great Recession did not trigger populist movements. It accelerated them. The fact of the downturn may have mattered less to voters than the elite response to it. In Europe, austerity policies imposed by Germany on Portugal, Italy, Greece, and Spain bolstered anti-EU opinion. In the spring of 2009, the Tea Party organized against President Obama’s bailouts of politically connected banks and auto companies, his stimulus bill, and his budget increases. The Tea Party’s critique of American politics soon encompassed health-care mandates, tax hikes, bureaucracy, the Republican Party leadership, and the ways in which the country had departed from the principles of the Founders. From the left, Occupy Wall Street began in 2011 to protest income inequality.

By 2012, elements of both the Tea Party and Occupy Wall Street had been integrated into the GOP and Democratic Party, respectively. Each bill proposed in the GOP-controlled House of Representatives had to cite the provision of the Constitution that authorized it. To secure his right flank, Mitt Romney called himself “severely conservative.” To protect his left, Obama attacked “you’re-on-your-own economics” from the site of Theodore Roosevelt’s “New Nationalism” speech in Osawatomie, Kansas. Obama and Romney each appropriated Elizabeth Warren’s “You didn’t build that” tirade for their own purposes.

The 2012 election was fought primarily on economic grounds between an incumbent who had inherited a recession and a challenger whose personal manner and résumé made it difficult, to say the least, for him to connect with voters who swooned for Sarah Palin. Lurking below the surface were the two issues that drive national populism: terrorism and immigration. The attack on the U.S. consulate in Benghazi demonstrated that the killing of Osama bin Laden had not extinguished radical Islam. Romney pledged that illegal immigrants would “self-deport” under his administration, and Obama promised in the last days of the campaign to make immigration his top domestic priority.

One consequence of Obama’s second term is that terrorism and immigration became fused in the minds of a large part of the electorate. The Republican leadership embraced immigration in its post-2012 “autopsy,” which only widened the divide between the party elite and the grassroots. In the summer of 2014, ISIS leader Omar al-Baghdadi announced the establishment of a terrorist caliphate in Syria-Iraq, and arrivals of unaccompanied minors from the Northern Triangle of Central America spiked across America’s southern border. Obama was pressured into a military campaign against ISIS that slowly reduced the territory under its control, while he cajoled Mexico into interdicting families seeking asylum before they reached the United States.

Stunningly, however, Obama also expanded his executive amnesty to include the parents of illegal immigrants brought to America as children. He did so despite having said multiple times in public that he lacked such power, and after an election in which Republicans maintained their House majority and gained control of the Senate. It set back the cause of immigration reform, infuriated the Republican base, and ensured that the issue would be front and center in 2016.

All of this took place against the background of the refugee crisis in Europe. The inflow of more than 1 million Muslim asylum seekers from the Middle East and Africa radicalized continental politics. Then the terrorist attacks began: Charlie Hebdo in January 2015; the Bataclan in November 2015; an office park in San Bernardino, California, a little less than three weeks later; the Brussels airport in March 2016; the Pulse nightclub in Orlando, Florida, in June 2016; a truck attack in Nice a month after that; and the Manchester Arena bombing in May 2017.

After San Bernardino, Trump announced his policy of banning Muslims from entering the United States. A Morning Consult poll showed that 60 percent of Republican voters agreed with him. By July 2016, the Pew Research Center found that the economy and terrorism were the top issues among registered voters. Among Trump voters, immigration was the third-most-important issue.

Support for Trump is correlated not with economic anxiety but with cultural despair, with the idea that one’s community is under assault by external forces. A November 2016 study of 125,000 adults by Gallup’s Jonathan T. Rothwell and Pablo-Diego-Rosell concluded:

The results show mixed evidence that economic distress has motivated Trump support. His supporters are less educated and more likely to work in blue collar occupations, but they earn relatively high household incomes and are no less likely to be unemployed or exposed to competition through trade or immigration. On the other hand, living in racially isolated communities with worse health outcomes, lower social mobility, less social capital, greater reliance on social security income and less reliance on capital income, predicts higher levels of Trump support.

And a May 2017 study by the Public Religion Research Institute and the Atlantic showed that white working-class voters “who say they often feel like a stranger in their own land and who believe the U.S. needs protecting against foreign influence were 3.5 times more likely to favor Trump than those who did not share these concerns.” However, white working-class voters “who reported being in fair or poor financial shape were 1.7 times more likely to support Clinton, compared to those who were in better financial shape.”

Material causes do not go far enough in explaining the rise of national populism in the United States, England, France, Italy, Hungary, Poland, and Germany. Immigration, terrorism, and the perception of an unresponsive political elite have mattered far more. And until these conditions change, our populist decades won’t come to an end. 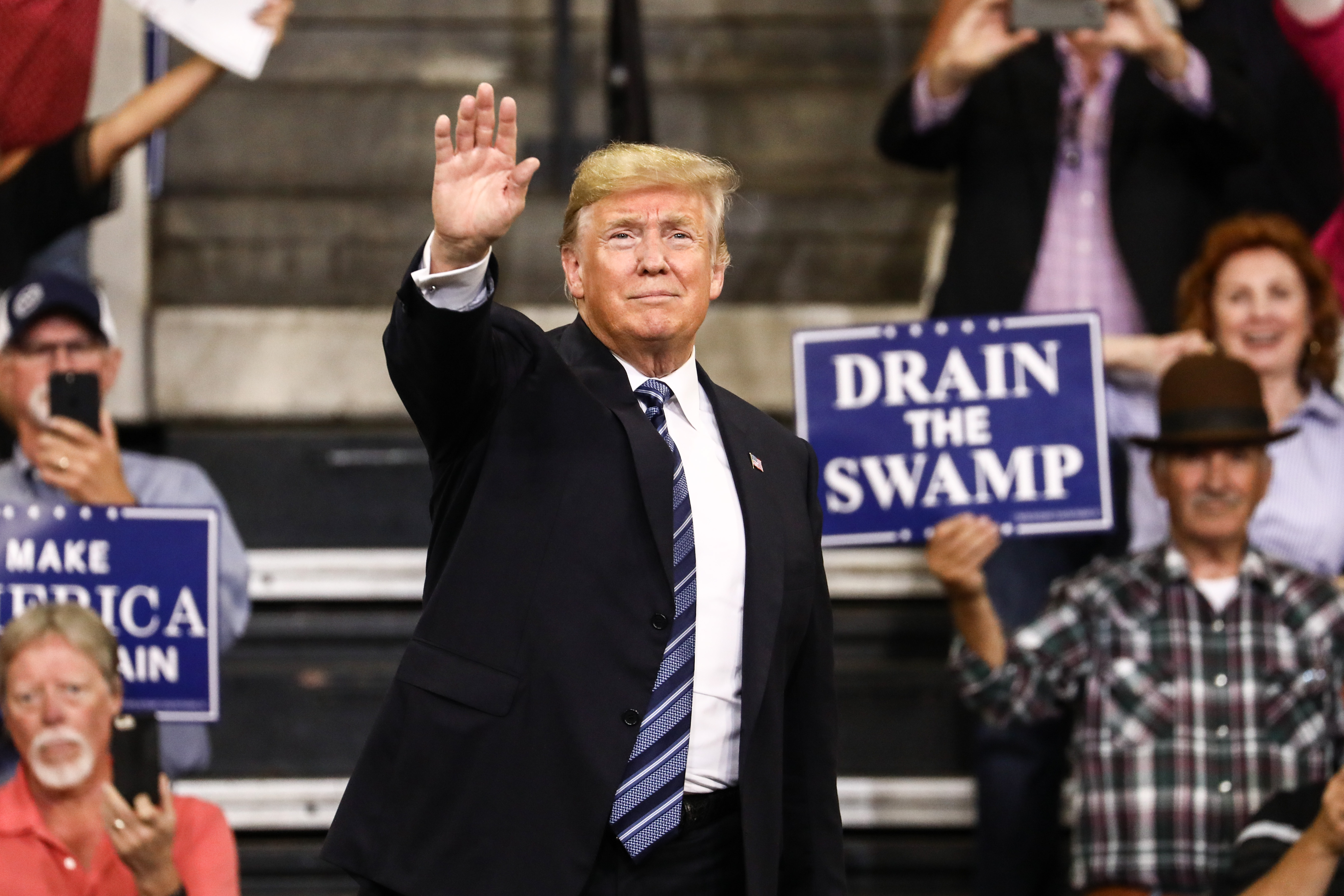