arly in January, four black teenagers were arrested in Chicago after they kidnapped and tortured a mentally impaired white man and broadcast their crimes on the social-media streaming service Facebook Live. The gang members punched, kicked, cut, burned, and tied up their victim while screaming epithets including “F— white people!” and “F— Donald Trump!” Then they made him drink toilet-bowl water.

When footage of the assault appeared on television news, the grisly and sensational details became part of a larger debate over racial politics in the Trump era. When conservative pundit Matt K. Lewis said the actions of the mob were “evil,” CNN anchor Don Lemon replied, “I don’t think it’s evil,” but “just dumb, stupid behavior.” Commentator Symone Sanders said that what had happened was “sickening,” but “we cannot callously go about classifying things as a hate crime.” Meanwhile, Trump supporters drew a connection between the felony and the racial animus inflamed by Black Lives Matter. Black activists responded in kind. “Calling a random crime the #BLMKidnapping is just another white supremacist tactic to implicate and ultimately punish ALL Black people,” tweeted “anti-racism strategist” Tariq Nasheed.

What surprised me was the fact that this story was being covered at all. Since the election, the national media have repeated their mantra that religious and ethnic minorities, living in fear, are being harassed and oppressed in a divided America. So at odds were the details of the Chicago kidnapping with this idea that one assumed editors and producers would simply pretend nothing had happened and treat the ugly affair as a local story.

A story is judged not by its truth or even commercial value but by how well it serves the narrative. Does it confirm the prejudices of its authors and further their ideological and partisan agenda? Or does it subvert those priorities and reveal inconvenient facts?


They couldn’t do that in this case. Why? Because of the Facebook Live video, which had already spread on social media before the major networks picked it up. Most if not all of the alleged hate crimes publicized since last November have been exposed as hoaxes. Yet here was a hate crime that could not be denied. And its victim was white.

Social media had once again undermined the ability of gatekeepers to determine the bounds of national discourse. And gatekeepers hate it when that happens. “If you believe discrimination against white people is rampant, that Donald Trump supporters face persecution, that Chicago is a war zone, and the media is dishonest, then your entire worldview is likely to be confirmed by one awful story,” wrote a blogger for the Washington Post with the name of Callum Borchers. His piece was headlined “Pro-Trump narratives converge in one awful attack streamed on Facebook.” The worst part of the whole sorry episode, Borchers seemed to say, wasn’t the pain and indignity suffered by a disabled person but the “support” his pain and indignity gave to “the worldview of many Trump voters.” Those deplorables.

Borchers’s post was both asinine and reveal-ing of the postmodern sensibility of our engaged, liberal, adversarial, overschooled, and undereducated press. For this class of people, the word “narrative” has come to mean not “story” or “tale” but “propaganda.” A story is judged not by its truth or even commercial value but by how well it serves the narrative. Does it confirm the prejudices of its authors and further their ideological and partisan agenda? Or does it subvert those priorities and reveal inconvenient facts?

The last several years have not been easy ones for narratives. When security-camera footage revealed that Michael Brown had actually assaulted an Asian-American store clerk moments before he was shot to death by a police officer in Ferguson, Missouri, in 2014, liberals and the Obama administration were outraged. What angered them wasn’t Brown’s criminal behavior. It was the falsification of their narrative—the tale of a gentle giant mercilessly gunned down by a racist cop.

In 2014, Rolling Stone published a graphic and disturbing account of a gang rape at a University of Virginia fraternity. The episode strengthened the campus left, at least until journalist Richard Bradley started asking questions about the story on his blog. “‘Is the UVA Rape Story a Gigantic Hoax?’ Asks Idiot” was the headline of a post about Bradley’s writing on the far-left site Jezebel. Well, guess what: It was. In November, a jury awarded $3 million in damages to one of the people the Rolling Stone article defamed.

The fight against the Islamic State, former White House press secretary Josh Earnest said last September, is “in some ways just a war of narratives.” Which means: The Obama administration would say terrorism has nothing to do with Islam, and then another Islamic terrorist would appear and shoot or stab or blow up Americans. So, too, when Hillary Clinton collapsed during last year’s September 11 memorial, MSNBC anchor Alex Witt ascribed the fall to “horrible weather” (the high that day: 83 degrees). Andrea Mitchell said Clinton “seemed fine.” Both assertions were and remain laughable to anyone who saw the grainy amateur video, captured by a pedestrian, of Clinton dropping like a stone.

The power of the Internet and social media to disestablish authority is breathtaking. For years, writes Martin Gurri, “governments and mass media shared in God’s work: telling the public what to think and how to behave.” Beginning in 2011, however, with the Tea Party, Occupy Wall Street, and the Arab Spring, “new technologies have given the power of speech to a silent public, to players marginalized by the media monopoly over the information space.”

Gurri, author of the prescient Revolt of the Public, says Brexit and the election of Donald Trump are further evidence of “a grinding subterranean struggle” between “a networked public and the elites who control the great hierarchies we have inherited from the industrial age.” He can add to his list of examples the collapse of liberal media narratives from Ferguson to Charlottesville—and the surprise national attention paid to a vicious racist attack in Chicago. 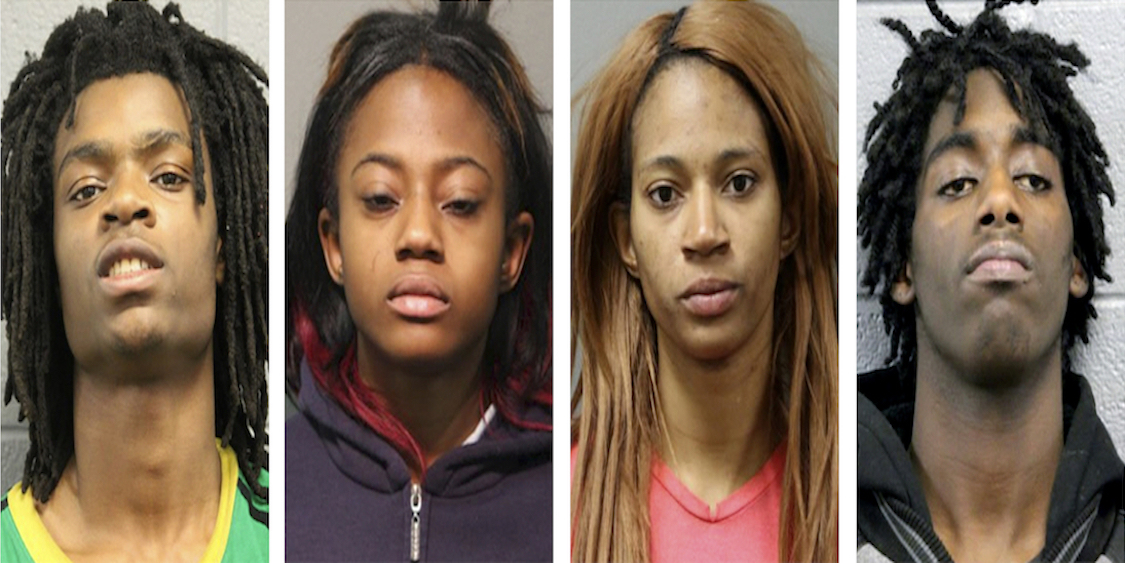