Left-wing radicals have not had much national political or policy success, but they are remarkably good at sloganeering. Their catchphrases fill the media: Medicare for All, Green New Deal, Abolish ICE. None enjoys broad support, especially when voters are confronted with the tradeoffs involved, but that hardly matters to either their proponents or detractors, for whom simplicity and sensation are paramount. The widespread protests against the police killing of George Floyd have elevated another far-left rallying cry: Defund the Police.

The terseness of the demand is shocking. It is also perplexing. When I typed “Defund the Police” into Google the other day, the first and second search prompts were for “meaning” and “what does it mean.” That depends on whom you ask. For its progenitors and most committed advocates, Defund the Police is a call to take the first steps toward police abolition and a revolutionary restructuring of society. For second-hand dealers in ideas, however—by which I mean journalists and politicians—the words “Defund the Police” are nothing but code for budget cuts or reforms intended to reduce police brutality without turning the world upside down.

The journey of Defund the Police from radical demand to mainstream shibboleth is more than a reminder of the left’s grip on American cultural institutions. It also exposes the dilemmas and tensions of a Democratic Party perhaps on the verge of winning the White House.

The idea behind Defund the Police predates the Floyd affair. It has roots in the thinking of Angela Davis and Mariame Kaba, far-left activists whose work aims at the “abolition” of the “prison industrial complex.” In December 2014, after the deaths of Michael Brown in Ferguson, Missouri, and Eric Garner in New York City, Rolling Stone published “Six Ideas for a Cop-Free World.” These ideas included 1) “unarmed mediation and intervention teams”; 2) the “decriminalization of almost every nonviolent crime”; 3) communal or “restorative” justice of the sort practiced by “hippie communes,” the “IRA and anti-Apartheid South African guerrillas,” and “indigenous and Afro-descendant communities”; 4) “direct democracy at the community level”; 5) “community patrols”; and 6) “real mental healthcare.”

In a July 2016 NPR interview, Patrisse Cullors, a co-founder of Black Lives Matter, argued that defunding was the appropriate response to police brutality. The following month, the Movement for Black Lives took up space in City Hall Park in New York City, demanding an end to “broken windows policing,” “reparations for all survivors and victims of racist police brutality from [the] NYPD budget,” and “Defund[ing] NPYD $5.5 billion annual budget and re-invest[ing] into black and brown communities.”

In August 2017, Tracey L. Meares of Yale Law School wrote in the Boston Review, “I agree with Kaba: policing as we know it must be abolished before it can be transformed.” In a response published on the Review’s website, attorney Derecka Purnell dissented from Meares’s call to “re-center policing’s fundamental nature as a public good,” but not from a more realistic perspective. Instead, she asked, “How can we re-center an entity as a public good if it never was one?” Purnell said the following actions would be necessary:

The prison-industrial complex must be dissolved. Communities must rebuild labor organizing to shift capital, and the state must drastically disrupt rising wealth inequality. Congress may have to pass laws around prison labor, voting rights, gun ownership, and campaign finance, and de-criminalize thousands of behaviors. Social workers and activists must work with communities to find solutions for patriarchal, homophobic, and mental health–based violence. Police abolition advocates and scholars have robust visions for the future beyond transformation.

No doubt they do.

As the movement became institutionalized, activists faced the challenge of making concrete demands in the real world of politics, coalitions, and legislation. “Defund the Police” is a more ambiguous expression, and therefore less threatening to potential allies, than “Abolish the Police.” The genius of the phrase is that it encompasses both means and end.

Non-radical progressives tend to focus on the means—a reduction in police budgets and the reassignment of those moneys to community services. Radical progressives like the end-abolition and other “robust visions for the future.” And some progressives toggle between these meanings indiscriminately, so that defunding becomes the first of a series of steps toward replacing police officers with social workers.

The mayors of New York and Los Angeles are pledging to cut the budgets of their respective police departments. Christy E. Lopez, who teaches at Georgetown Law School, wrote in the Washington Post, “We must ban chokeholds and curb the use of no-knock warrants; we must train officers how to better respond to people in mental health crises, and we must teach officers to be guardians, not warriors, to intervene to prevent misconduct, and to understand and appreciate the communities they serve.” That paper’s editorialists declared that “the call to defund the police should be understood as a call to reinvest in our communities and explore new solutions.”

Al Sharpton told Morning Joe, “They’re really talking about adjusting and recommitting the funding toward things like community policing, like mental health, intervention that does not involve policing as we know it. … I don’t think that anyone other than the far extremes are saying we don’t want any kind of policing at all, any kind of police safety.”

Sharpton may have missed the recent New York Times essay by Michelle Alexander, author of  the New Jim Crow, the 2010 tract that inspired the criminal justice reform and de-incarceration movements. “Can’t we design alternative approaches to poverty, drug abuse, mental illness, trauma and violence that would do less harm than police, prisons, jails, and lifelong criminal records?” she asks, then continues, “We cannot achieve racial justice and create a secure and thriving democracy without also transforming our economic systems.” Keenaga-Yamahtta Taylor, assistant professor of African American studies at Princeton University, made a similar point in an online essay in the New Yorker: “The quest to transform this country cannot be limited to challenging its brutal police alone. It must conquer the logic that finances police and jails at the expense of public schools and hospitals.”

The word that does not appear in these romantic evocations of a world without police is “crime.” Violent crime does not exist in the radical cosmology. But fear of crime is the largest obstacle to the activists’ dreams. And fear of crime and other unanticipated consequences explains why Joe Biden said he did not support defunding the police.

If Al Sharpton suggests that Defund the Police is too radical, you know you have a problem.

To placate the far left while appealing to the political center, Biden and the Democrats have to define Defund the Police down to the point of ineffectuality. They have to teach voters to speak in a code in which potentially frightening terms—Medicare for All, Abolish ICE, Defund the Police—actually express anodyne concepts. Failure to do so would break apart the coalition that won Biden the nomination and that has the potential to put him in the White House.

The question is, Do the radicals want Biden to succeed? Or will they press the issue until everyone in America knows that they mean exactly what they say? 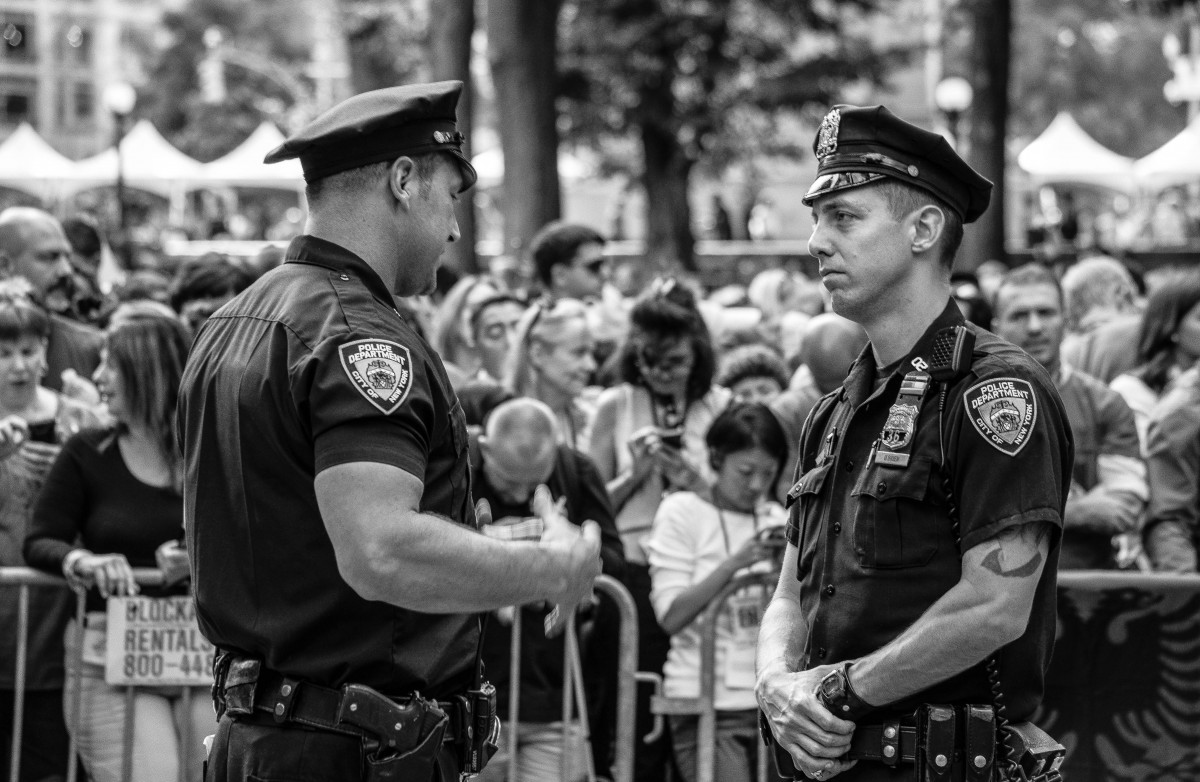 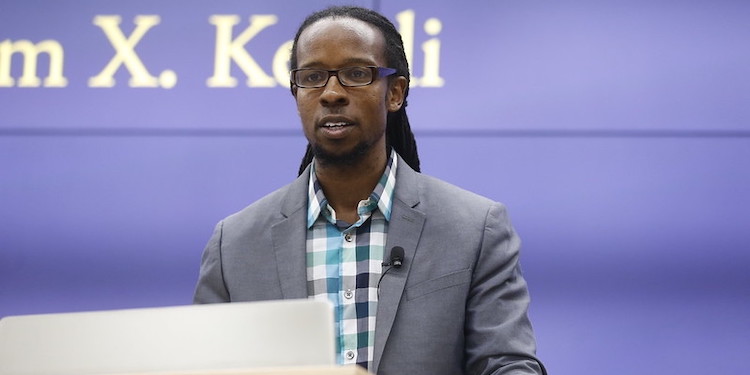 The New Definition of Racism 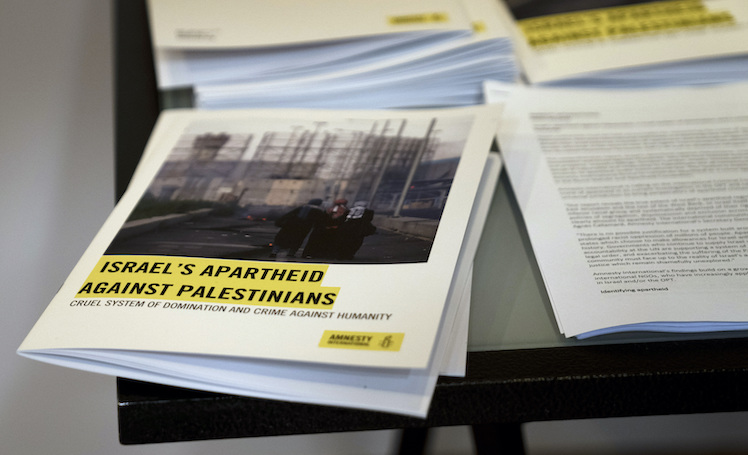