All is in the Hands of Heaven, except for the fear of Heaven.

Amidst the torrent of nonsense and invective that comprises so much of social media today, one single tweet perfectly captured the tragic assimilation of American Jewry, and the ignorance of the American media.

It came in the middle of the State of the Union—at a rare moment in the speech at which all assembled, Democrat and Republican, rose in rapturous applause. President Trump quoted Joshua Kaufman, a Jewish survivor of Dachau, describing the arrival of American liberators. “To me,” Joshua recalled, “the arrival of the American soldiers was proof that God exists, and they came from the sky.” The president then added: “They came down from Heaven.”

It was a moment with which no one could find fault—except for New York Times White House correspondent Annie Karni. She believed she had caught the president in a theological error and decided to inform her 75,000 followers. “Trump just ad-libbed ‘they came down from heaven’ when quoting a Holocaust survivor watching American soldiers liberate Dachau,” she tweeted, and then she added an assertion: “Jews don’t believe in Heaven.”

The Bible describes a heavenly realm as the throne room of God. “Look down from Thy holy habitation, from Heaven,” Deuteronomy beseeches, “and bless thy people Israel.” The mystical visions of this realm of angels open both the books of Isaiah and Ezekiel, and similar images are found throughout the Bible. For the rabbis of the Talmud, it was in this celestial realm that souls abide after death, until the ultimate resurrection of the dead predicted in the book of Daniel, when “many who sleep in the dirt shall awake.” So central is the concept of Heaven, in the Talmud, that the word became synonymous with God himself; the central virtue in the Talmud is known as Yir’at Shamayim, fear of Heaven, and Providence is described as occurring bidei Shamayim, by the Hands of Heaven.

Karni’s tweet, in other words, was utterly untrue. Eventually, she posted a half-hearted addition, without any apology for error. “This,” she wrote, “was sent to me by a reader: ‘While it’s true that the Bible does not mention an afterlife, there is a complex eschatology that includes a very detailed map of the Jewish afterlife contained in rabbinic, kabbalistic and Hasidic literature.’” Leaving aside the explicit biblical descriptions of Heaven, as well as its predictions of resurrection, Karni need only have paid attention during a traditional Jewish service once in her life to realize how wrong she had been.

Isaiah’s and Ezekiel’s celestial visions are brought to life in the kedusha, the central communal prayer recited in synagogue every day. At funerals, a memorial prayer speaks of the ascension of the soul to the Garden of Eden; the Kol Nidre prayer begins by describing the “assembly above” joined with “the assembly below.” Later, during the Day of Atonement, the souls of loved ones are remembered in the Yizkor prayer. Only a person with no familiarity with the Jewish liturgy of the past two millennia could so matter-of-factly tweet out the calumny that Jews do not believe in Heaven.

Meanwhile, Karni’s original posting remained, garnering several thousand retweets and over 10,000 likes. The tweet thus reveals that many in the media know little, and care even less, about accurately understanding the beliefs of millions of religious Americans. Karni is herself Jewish; her father is an Israeli.

Last year, when Benjamin Netanyahu referenced the biblical tale of Moses drawing water from a rock, the press quoted him as describing the prophet drawing water “from Iraq,” betraying total ignorance of one of the central texts of Western Civilization. This was, at least, a simple error; now, one of its reporters opines, without learning or experience, on whether Jews believe in Heaven.

Of course they do, and the president’s ad lib was entirely apt. Traditional Jews believe that the Americans were indeed sent by Heaven to liberate Dachau, and they believe as well that those who died in the camps are now in Heaven. The murdered millions are remembered in services throughout the Jewish world on Holocaust Remembrance Day, as well as in many synagogues during the Yizkor service on Yom Kippur. There, the traditional prayer, known by its opening words as the El Maleh Rahamim, is soulfully, and sorrowfully, sung:

O God, Full of Mercy, Who Dwells on High

Find a sustaining repose under the wings of the Divine Presence,

With the ascent of the holy and pure

Shining as rays of the heavens

The souls of the six million who were killed, murdered, slaughtered, gassed, who died sanctifying the divine name

For we pray, and pledge charity, in memory of their souls,

In the Garden of Eden be their repose.

Therefore, may the Master of Mercies,

Hide them in the shelter of His wings for all eternity

And bind up their souls in the bonds of eternal life,

The Lord is their inheritance; and may they rest in peace where they lie and let us say Amen.

In 2019, a correspondent for the most powerful newspaper in the world has hit upon a scoop: that the prayers of these multitudes of mourners are in vain, that despite the testimony of hundreds of pages of liturgy, and thousands of years of prayer, Jews do not believe in Heaven.

It is true, of course, that the Jewish notion of Heaven differs from that of Christianity. Judaism denies the doctrine of original sin; we believe the afterlife can be earned, rather than granted purely by grace. We further believe that even as the soul endures, an equally important immortality is achieved through transmission of Judaism to the next generation. Sephardic Jews beautifully refer to the anniversary of a loved one’s death as a nahala, an inheritance. The soul is in Heaven, but the continuation of the lives we lived also depend on the choices of our posterity.

The immortality of those who have died thus lies, at least partially, in the hands of the living.  “All is in the hands of Heaven,” Rabbi Hanina opined, “except for fear of Heaven.” The idiom emphasizes the dialectic between providence and free will. Jews believe that Heaven has chosen the Jews as an eternal people and vouchsafed them a faith to be transmitted throughout history. But whether the Jews of every generation continue to believe is up to them; assimilation, and rejection of the past, is always possible. We believe in Heaven; but Jews can so easily lose their fear of Heaven.

This tragic fact is embodied in a single perverse proclamation: “Jews don’t believe in Heaven.” May Heaven forgive a generation that could so eagerly accept, so readily retweet, such an ignorant untruth; and may we, with fear of Heaven, live lives worthy of our ancestors who are in Heaven. 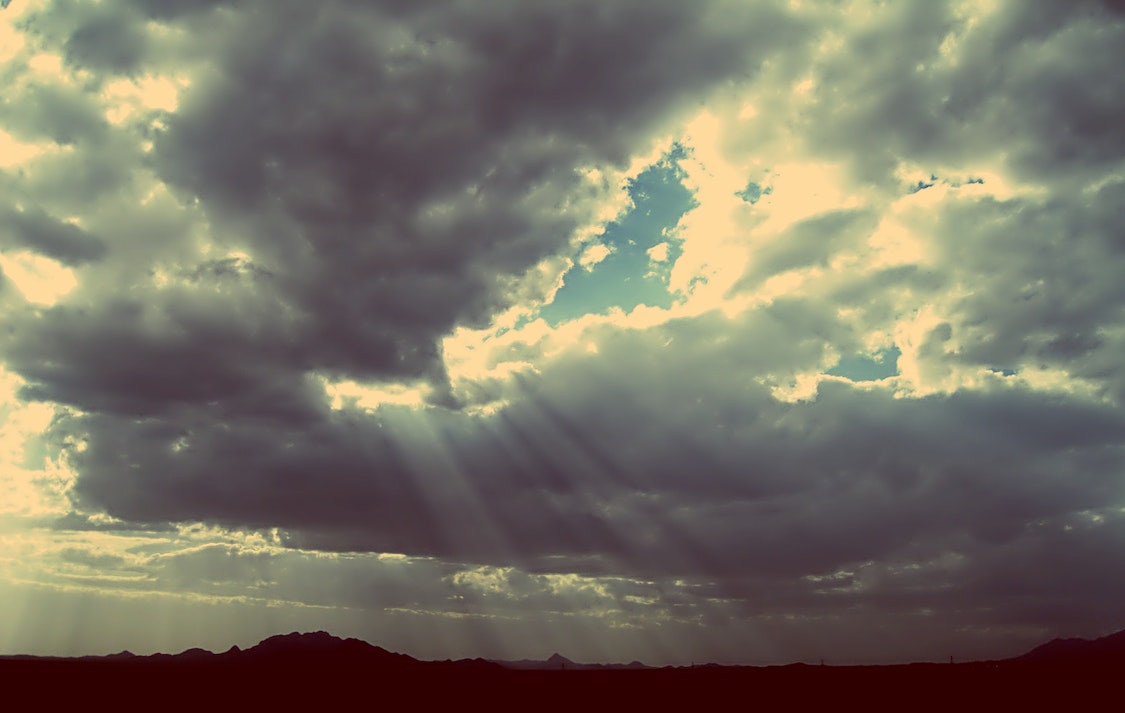