And he shall place his hands on the head of the burnt offering, and it shall be accepted as an atonement for him.

Take now thy son, thine only son Isaac, whom thou lovest, and get thee into the land of Moriah; and offer him there for a burnt offering upon one of the mountains which I will tell thee of.

ne Friday morning in London, Rabbi Jonathan Sacks took Penelope Leach, one of Britain’s most prominent child psychologists, to visit a Jewish primary school. There she witnessed children playacting the rituals of the Shabbat meal to take place that evening: Young boys blessed the wine, little girls kindled candles, songs were sung. Leach was struck by all she saw, including one very moving moment: the reenactment of a tradition in many Jewish homes, where before the Sabbath meal begins, the father extends his hands to cover the head of each of his children, and blesses them. Leach, Rabbi Sacks reports, marveled as she witnessed “the five-year-old mother and father blessing the five-year-old children with the five-year-old grandparents looking on.” She left overcome by the centrality of family life to traditional Judaism.

The ritual of Jewish parents blessing their children is indeed moving, but it is easily misconstrued. Properly understood, it stresses first and foremost not the bond between parent and child, but rather between the child and God. The standard form of showing love to our children is through an embrace: The act is possessive in nature, drawing them close to us. To bless our children by extending our hands is the opposite; rather than draw them close, we set them apart, indicating that they belong to someone other than ourselves. In the Bible, the one ritual comparable to the Jewish act of blessing is sacrificial in context. The worshipper in the Temple placed his hands on an animal’s head before the ritual occurred, thereby renouncing his own claim to the offering and dedicating it to God. In a similar sense, to place one’s hands on a child is to recall the Temple and consecrate the child to divine service.

The parallel between biblical blessing and sacrifice is rarely considered. Few scriptural stories are as shocking as that known as the Sacrifice of Isaac, known to Jews as the Akeidah (Binding). The liturgy of Rosh Hashanah is dominated by the Bible’s most haunting words: “Take thy son, thy only son.” But the Akeidah is, in a sense, re-created every Friday evening in many Jewish homes all over the world, where parents place their hands on their children’s heads, as their ancestors did over offerings in Jerusalem millennia ago.

Can this be so? Have Jews, for generations untold, placed the reenactment of one of the most petrifying tales about parent and child at the heart of their most sacred familial experiences? They have indeed. In the 1950s, in a spirit similar to Leach’s, a Roman Catholic priest was intrigued by a Jewish ritual involving parents and children: the pidyon ha-ben, in which the father of a firstborn son, a month following the baby’s birth, presents the child to a kohen, a descendant of Aaron. The parent then redeems the child by giving several silver coins to the kohen, and the child is returned to him. The priest wrote to Rabbi Joseph Soloveitchik inquiring about the ritual. The Rav responded by linking Jewish parenthood to the agonizing Abrahamic tale.

At the heart of the religious worldview, he suggested, is the absolute ownership of the divine; man is merely “a guardian in whose care the works of God have been placed as a precious charge.” This is especially true for that of which we are most possessive. “Children are the greatest and most precious charge God has entrusted to man’s custody,” Rabbi Soloveitchik wrote, but the “irrevocable though bitter truth” is that they are not ours. The Akeidah, he suggested, must be understood in this context. For Abraham to deserve fatherhood, he had to prove his acceptance of this theological truth and acknowledge that he was merely a custodian of the child for whom he had longed. God’s intended result at the Akeidah was not Isaac’s death but Abraham’s recognition of the true nature of parenthood, and that is precisely what is recognized by Jewish parents throughout the generations in the ritual that so piqued the curiosity of the priest:

The ceremonial redemption of the first born son re-enacts the drama of Abraham offering Isaac to the  Lord, of the knight of faith (using Kierkegaard’s term) giving unreservedly away his son to God….The father of today, as Abraham of old, acknowledges the absolute ownership of the child by God. He renounces all his illusory rights and urgent claims to the child.…When the Kohen returns the child to the father and accepts the five shekels, he presents him on behalf of God with a new child; something precious is re-entrusted to him. The dialectical drama of Mt. Moriah consisting in losing and finding a son is re-staged in all its magnificence. After receiving the child from the Kohen, the father must always remain aware that it was only through God’s infinite grace that this infant was returned to him in sacred trust.

or many modern Jews, the story of the Akeidah is an embarrassing anachronism, and the Torah’s descriptions of animal sacrifice are seen as utterly irrelevant to our lives. The haunting possibility, however, is that these passages are painfully relevant. As Leon Kass has noted, “all fathers devote (that is ‘sacrifice’) their sons to some ‘god’ or other, to Mammon or Molech, to honor or money, pleasure or power, or, worse, to no god at all.” It is true, Kass concedes, that “they do so less visibly and less concentratedly, but they do so willy-nilly, through the things they teach and respect in their own homes; they intend that the entire life of the sons be spent in service to their own ideals or idols, and in this sense they do indeed spend the life of the children.” A father who attempts to instill devotion in his son to godly ways must be willing “to part with his son as his son, recognizing him—as was Isaac, and as are indeed all children—as a gift and a blessing from God.”

More than any other, ours is an age that has lavished love on children; they are coddled, cherished, and protected, denied nothing. Yet as Ben Sasse has noted, this has produced a generation of Americans locked in perpetual adolescence, a result of the “creature comforts to which our children are accustomed, our reluctance to expose young people to the demand of real work, and the hostage-taking hold that computers and mobile devices have on adolescent attention.” It is possible that what we need is less embracing and more blessing; less parental possession and more parental consecration. We must consider, in other words, whether our children are merely extensions of ourselves, or whether they were given to us in sacred trust. Every parent might prefer to ignore the Akeidah story. But especially today, and with Rosh Hashanah near, the Akeidah continues to call out to us. 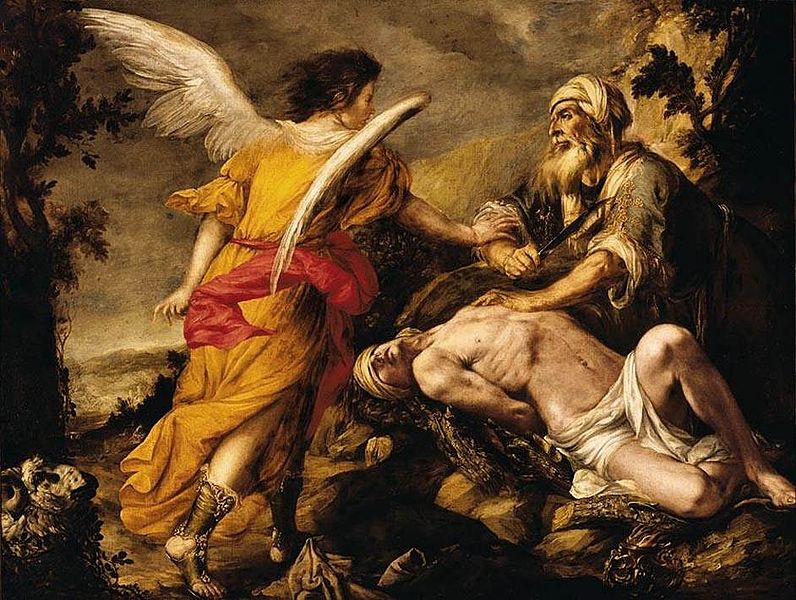