Why does no one find it remarkable that in most world cities today there are Jews but no one single Hittite even though the Hittites had a great flourishing civilization while the Jews nearby were a weak and obscure people? When one meets a Jew in New York or New Orleans or Paris or Melbourne, it is remarkable that no one considers the event remarkable. What are they doing here? But it is even more remarkable to wonder, if there are Jews here, why are there not Hittites here? Where are the Hittites? Show me one Hittite in New York City.

If I forget thee O Jerusalem, let my right hand forget its cunning.

n 1983, Yehudah Avner, a British Jew who had emigrated to Palestine and later served most of Israel’s prime ministers, was appointed Menachem Begin’s ambassador to the United Kingdom. After 40 years in one of the most informal nations on earth, Avner now found himself back where he had been born, alighting a horse-drawn carriage at Buckingham Palace, “escorted by a chamberlain dressed like the Duke of Wellington,” presenting his ambassadorial credentials to the queen whose subject he had once been. Though Elizabeth II had been greeting ambassadors for many decades, something about Avner struck her as extraordinary. “I do believe this is the very first time I have ever received credentials from a foreign ambassador actually born in this country,” she said. “How did you manage that?”

“Your Majesty,” said I, “though physically born in this country, I was spiritually given birth to in Jerusalem, from whence my ancestors were exiled by Roman legions 2,000 years ago.”

“Were they really?” said the queen. “How unfortunate!” and she began to talk about the weather. Droplets of sweat trickled down my armpits. Here was I alluding to the mysteries of Jewish history’s conundrums, and there was she talking about the weather. What could she possibly know of the dreams of a 17-year-old Jewish boy in post-war Manchester…who now, 36 years later, had returned to the country of his birth bearing the credentials of the country of his birthright? How could she not be mystified?

Striking: A royal representative of a monarchy whose entire purpose is to embody history may have found the timeless nature of Jewish existence, and Judaism’s eternal bond to an ancient city, too mysterious to grasp.

The Jewish link to Jerusalem goes hand in hand with the mystery of Jewish eternity. Established as Israel’s capital when the now extinct Hittites still bestrode the world, Jerusalem was the city toward which the Jews of Rome, Aleppo, Paris, Baghdad, and Berlin said their prayers, binding themselves thereby to one another as empire after empire became the Ozymandias of its age. By continuing to lay claim to this bond, Jews remind the world that, as Chaim Weizmann said to Arthur Balfour, “we had Jerusalem when London was a marsh,” or, as Disraeli more pithily put it to an anti-Semitic parliamentary opponent, “while the ancestors of the right honorable gentleman were brutal savages in an unknown island, mine were priests in the temple of Solomon.”

This may not be something of which some European nations enjoy being reminded. It is with this in mind that we must understand the world’s angry overreaction to President’s Trump’s recognition of Jerusalem in his remarkable December 6 address. The speech was nothing less than the recognition of reality. The “decision to recognize Jerusalem as the capital of Israel,” writes Elliott Abrams, “is absolutely the right decision for one reason above all others: because Jerusalem is the capital of Israel.” Why then the international outcry? Abrams suggests that “hatred of Trump combines with longstanding anti-Israel bias, especially in the foreign ministries. The many phony statements of regret and copious crocodile tears about possibly forthcoming violence broadcast the clear hope that there would be plenty of rioting, just to prove Trump wrong.”

This is certainly correct; but there is, I believe, a deeper meaning to Europe’s displeasure. The world’s rage over the president’s announcement reveals a deeper dislike than of the president himself. Jerusalem, as Norman Podhoretz once put it in these pages, reflects what many consider “the scandal of Jewish particularity.” The uniqueness of one city in the history of the world testifies to the enduring nature of one people on this earth. It is this notion, Podhoretz argued, that so many countries cannot tolerate, and it is this, not enthusiasm for a moribund peace process, that truly drives European anger today.

Meanwhile, the enduring, miraculous nature of Jews and their city is something many Americans have understood, and they have revered the Jewish link to Jerusalem long before the modern Jewish State was born. In 1871, William Seward, Abraham Lincoln’s one-time secretary of state, journeyed on pilgrimage to the Holy Land. As his travelogue recounts, “our last day at Jerusalem has been spent, as it ought to have been, among and with the Jews, who were the builders and founders of the city, and who cling the closer to it for its disasters and desolation.” Seward spent several hours on a Friday afternoon at the Wailing Wall, admiringly observing the Jews who were “pouring out their lamentations over the fall of their beloved city, and praying for its restoration to the Lord, who promised, in giving its name, that he would ‘be there.’” Upon departing at sunset, he encountered a rabbi who begged him to attend kabbalat Shabbat, Sabbath evening prayers, at the Hurva synagogue, then the most magnificent Jewish house of worship in the Holy Land (it was destroyed by the Jordanians in 1948 and just recently rebuilt). Seward sat through the entire service, which concluded with a special Hebrew benediction. “The rabbi informed us,” the travelogue reports, “that it was a prayer of gratitude for Mr. Seward’s visit to the Jews at Jerusalem.” This was nothing less than what Jewish law calls hakkarat ha-tov—an expression of Jewish gratitude to any world leader who publicly embraces the Jewish link to their eternal city.

This obligation of hakkarat ha-tov binds Jews today. And that is why, whether one is a supporter or a critic of the president, whether or not the State Department follows suit in adding “Israel” to the passports of those born in Jerusalem, whether the future peace plan proposed by this administration will be worthy of consideration or not, this speech should be recognized by Jews as one of the most important, and profoundly American, speeches Trump has given. It will be remembered by an eternal people, a nation whose memory exceeds that of any other, a nation afflicted with so many enemies and too few friends, who are enjoined by God never, ever to forget. 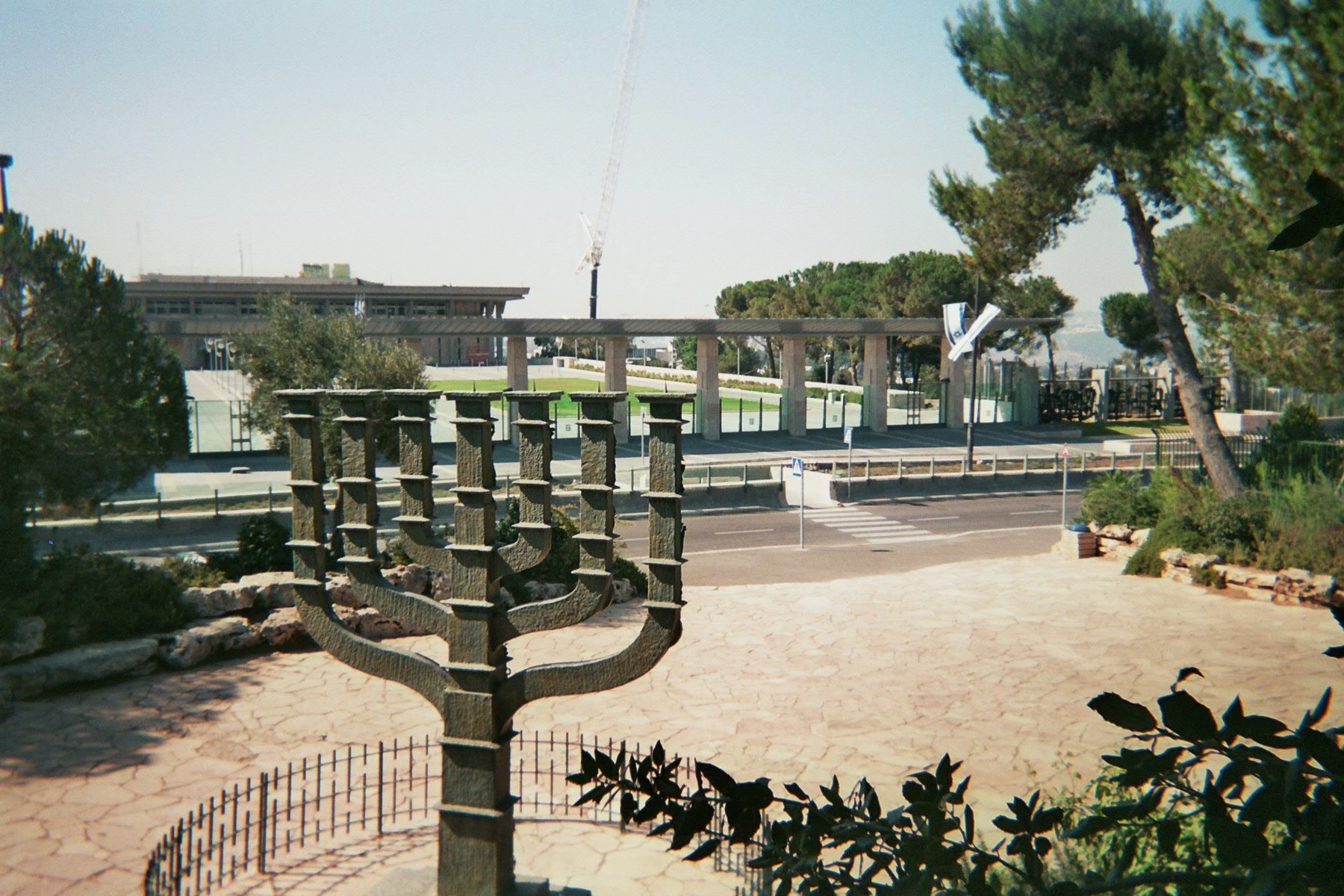