In every generation, one is obligated to see himself as if he had left Egypt.

n 1956, millions of Americans flooded cinemas to see the Exodus story brought to life in Cecil B. DeMille’s The Ten Commandments. Among those moviegoers were American Jews, who could not help but feel that the film spoke to them, personally and profoundly. When Charlton Heston’s Moses is asked whether he is ashamed upon learning he is not a prince of Egypt but rather a son of slaves, he responds: “If there is no shame in me, how can there be shame for the woman who bore me, or the race that bred me?”

In his book America’s Prophet: Moses and the American Story, Bruce Feiler recounts how in the 1950s DeMille had pleaded with Paramount Pictures to make a film about Moses but received only resistance, until its CEO Adolph Zukor, an assimilated Hungarian Jew, rebuked his Jewish colleagues: “We should get down on our knees and say thank you that he wants to make a picture on the life of Moses.” At a time when “many Jews still struggled with assimilation,” Fieler notes, “Moses’s open embrace of his faith was a powerful statement of self-confidence.”

For many Orthodox Jewish immigrants, recently arrived on American shores, assimilation was out of the question. Yet many of them also went to see the film, in the knowledge that there was a deep connection between their own faith and the culture of the American society that they had just joined. This belief was reinforced in the film’s prologue, in which DeMille himself appeared on screen and addressed the audience. “Ladies and gentlemen, this may seem an unusual procedure, speaking to you before the picture begins,” DeMille said. “The theme of this picture is whether men ought to be ruled by God’s law or whether they are to be ruled by the whims of a dictator like Rameses. Are men the property of the state, or are they free souls under God? The same battle continues throughout the world today.”

To these religious Jews, recently arrived in America, this message was remarkable; one of the screen’s legendary directors, the man who helped found Hollywood itself by making a film there in 1913, was telling them that America owed its greatness to the Jewish Passover story.

In his important book The Hebrew Republic, Harvard’s Eric Nelson writes that while it is assumed the achievements of modernity, such as democracy and religious freedom, were the result of progressive secularization, the reverse was the case. The Renaissance, Nelson notes, reflected the pagan inheritance of antiquity and generated an approach to politics that was secular in character, whereas following the Reformation, “Christians began to regard the Hebrew Bible as a political constitution, designed by God himself for the children of Israel.” Liberty, Nelson argues, took root in the political Hebraism of the English-speaking world.

It is therefore significant that Ben Franklin made this proposal for a seal for the United States: “Moses standing on the Shore, and extending his Hand over the Sea, thereby causing the same to overwhelm Pharaoh who is sitting in an open Chariot, a Crown on his Head and a Sword in his Hand. Rays from a Pillar of Fire in the Clouds reaching to Moses, to express that he acts by Command of the Deity. Motto, Rebellion to Tyrants is Obedience to God.”

Franklin’s suggestion reminds us that the Haggadah’s central exhortation—that we must see ourselves as if we had been slaves in Egypt and had been guided out by a mighty hand and an outstretched arm—is not only a religious idea but also one with political and moral implications. Jonathan Sacks has noted that modernity was formed by four revolutions: the British (in 1688) and American on the one hand, and the French and Russian on the other. In Britain and America, one source of inspiration was the Hebrew Bible. Secular philosophy guided the French and Russian Revolutions. The former led to free societies, while French and Russian utopian revolutions ended in tyranny. Why, asks Sacks, did Britain and America succeed where France and Russia failed?

The explanation is surely complex but much—perhaps all—turns on how a society answers the question: who is the ultimate sovereign, God or man? . . . For the British and American architects of liberty, God was the supreme power. . . . For the French and Russian ideologists, ultimate value lay in the state. . . when human beings arrogate supreme power to themselves, politics loses its sole secure defense of freedom. . . . Societies that exile God lead to the eclipse of man.

Sixty years ago, the Hebraic foundation of the American idea was taken for granted by the culture. I live two blocks from a theater where Manhattan’s Orthodox Jews once went to see The Ten Commandments, but there is no picture like this that I can take my children to see there in our time. This points to a larger problem facing those dedicated to political conservatism. The conservative movement has spent decades producing extraordinary institutions dedicated to policy and ideas, but it has done little to help produce a culture that reflects conservative ideas, values, and morals. Michael Novak once argued that “the culture of this republic was born around unusual understandings of what is noble and worth striving for. Our present age seems to have lost—or almost to have lost—those understandings. If we do not regain them, our culture will prove to be a cracked cistern and may run dry. The problem is that the cause of cultural renewal is far less clear than the causes of the wealth of nations and political renewal. Less clear, but more important.”

The Ten Commandments was DeMille’s second bite at the Exodus apple. In 1923, he made a silent version. Among his extras, DeMille hired 250 Orthodox Jewish immigrants. These extras did not need to act. As one witness recounted, when filming the Exodus scene, “these Jews streamed out of the great gates with tears running down their cheeks, and then without prompting or rehearsal, they began singing in Hebrew the old chants of their race, which have been sung in synagogues for thousands of years.” Another remembered an elderly woman, overcome with emotion, who fell to her knees and shook a fist at the gates of Pharaoh, weeping and casting sand on her head. For the scene depicting the splitting of the sea, the actor who played Moses stood on a rock by the Pacific Ocean. An overcast sky interfered with the light DeMille was looking for. Then, suddenly, the clouds cleared, bestowing a radiance on Moses’s face.

“A gasp went through the crowd,” one spectator recalled. “The faces of men and women reflected this light. Tears trembled on wrinkled cheeks, sobs came from husky throats. For many, the world had moved back 3,000 years, and they stood once more on the shores of the Red Sea, viewing once more the good omen of deliverance.” The writer Marshall Weiss, who assembled these accounts, notes that many of these extras didn’t even speak English; but for them, this was more than a movie: “During those moments, the American dream and their heritage converged.”

Sixty-one years after The Ten Commandments was released and went on to become the sixth-most-successful move ever made, I wonder whether we can ever again experience a culture where the American dream and my own heritage can converge—where the script that was known to Jewish hearts for 3,000 years can be an important part of our culture again. The future of our republic may rest on the answer. 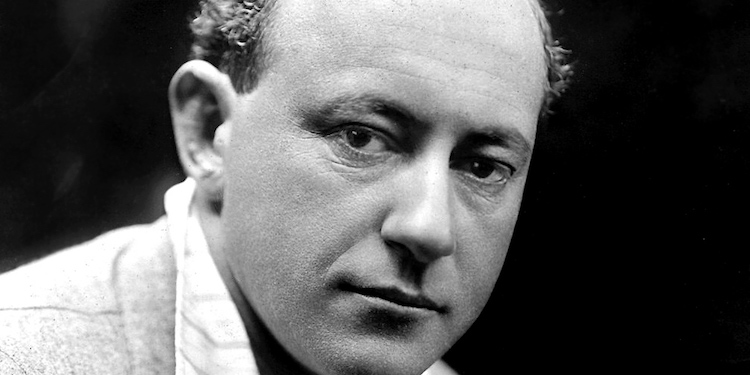