The ruling issued by the Supreme Court on Thanksgiving eve, in a case pitting an Orthodox Jewish group and a Catholic diocese against New York’s governor, was unremarkable. What was remarkable were the remarks made by those who found it remarkable.

The 5–4 per curiam decision recognized that the state, in order to ensure public health, is entitled to limit capacity in churches and synagogues and even shutter them if necessary. It merely asked that authorities, in allowing for exceptions during a lockdown, apply the same standards to synagogues and churches that they do to bicycle shops, acupuncturists, and insurance offices. It is true that worshippers linger longer in a house of worship than shoppers do in some of these establishments, but the court found that the state had taken no notice of the fact that sanctuaries are often vast and can space masked men and women.

Several of the dissenting justices also seemed to agree that the disparity was striking. John Roberts admitted that the restrictions “did seem severe, and possibly in violation of the Free Exercise clause.” But he argued that, since the restrictions had already been lifted, the court did not need to insert itself. Stephen Breyer acknowledged that the maximum numbers ordered by the state were “indeed low,” but said that the Supreme Court did not need to issue an injunction while the matter was still being considered by a lower court. These dissents were issued respectfully, in what should have been a standard, though narrowly decided, Supreme Court case.

But then, on the morning of Thanksgiving, as millions of Americans focused on their families, journalists and other public figures took to Twitter—not to criticize the substance of the decision but to direct anger and invective at the religious communities that had sought judicial relief. Elizabeth Williamson of the New York Times accused an entire faith of causing disease: “Holiday service superspreaders brought to you in part by the Catholic Church, which gets the Supreme Court it wanted just in time for Christmas.” Soon after, Williamson deleted the tweet, having apparently realized that, to paraphrase The Simpsons, she had said the quiet part out loud. The Times’ Michelle Goldberg shared her ire and focused it on a single justice, with an accusation aimed at the faith communities of Brooklyn. She tweeted: “Honestly thought it would take longer for Amy Coney Barrett’s elevation to put my family and community in mortal danger.” And Joe Lockhart, former Bill Clinton press spokesman, seemed to have no regrets about making his views on the “Catholic church of America” quite clear: “They’re not pro-life. At least for those already born.”

Others issued less than sensitive remarks related to New York’s Orthodox Jewish community. The Economist’s Supreme Court reporter, Steven Mazie, juxtaposed a picture of a large wedding organized by Satmar Hasidim next to news of the ruling, implying that the image belied the legal logic of the court majority. In point of fact, as several comments immediately pointed out online, the religious Jews represented by Agudath Israel—one of the plaintiffs in the case—are unconnected to the Satmar. And in any case, all the plaintiffs expressed their commitment to follow any restriction as long as it was equitably applied. It might be understandable that to Steven Mazie, all Orthodox Jews look the same, but one wonders whether he would have kept his job had he made such a generalization about another ethnic group.

The decision thus served to highlight the hatred that many elite members of our culture bear toward religious Americans, and it thereby vindicated the Court’s decision. “Different interests,” Madison wrote in Federalist 10, “necessarily exist in different classes of citizens. If a majority be united by a common interest, the rights of the minority will be insecure.” Constitutional liberties exist not only to foster democracy but to protect those who are different and might be the targets of cultural and social animosity. The animosity toward New Yorkers of faith has alas, become all too clear, illustrating why the enforcement of constitutional liberties is so important.

At the same time, as a barometer of our culture, the online invective revealed a tragic and largely unnoticed irony. The first Thanksgiving in the United States in 1789 had been approved by the Congress, and proclaimed by the president, in New York City, the country’s first capital. When several congressmen originally opposed the concept of a national day of Thanksgiving as a European custom, Roger Sherman of Connecticut justified the practice based on “a number of precedents in Holy Writ: for instance, the solemn thanksgivings and rejoicings which took place in the time of Solomon after the building of the temple,” the Annals of Congress recorded. “This example, he thought, [was] worthy of imitation” and was not European in origin—but Hebraic.

This argument resonated, and George Washington issued the proclamation urging Americans to gather on November 26 to thank their Creator for “the peaceable and rational manner, in which we have been enabled to establish constitutions of government for our safety and happiness, and particularly the national One now lately instituted—for the civil and religious liberty with which we are blessed.”

The first national American Thanksgiving, then, commemorated not the landing at Plymouth Rock, or a meal joining pilgrims and Native Americans. It celebrated religious pluralism and was justified in the halls of Congress as a successor to the celebration of a Jewish house of worship, thus revealing how profoundly the Hebrew Bible once spoke to America. More than two centuries later, in the very same city, on the very same holiday, many heaped hatred on religious communities in New York and made clear that they saw Jewish or Catholic houses of worship as anything but inspiring. What once most marked America—its appreciation of its diverse religious communities and its affection for the Bible—is precisely what was rejected.

There is, then, much reason for dismay; but also, appropriately, for gratitude. The litigation joining Roman Catholic Diocese of Brooklyn, New York vs. Andrew Cuomo and Agudath Israel of America vs. Cuomo reveals the genuine interaction and fellowship that are emerging among diverse religious communities, as we engage one another and seek a common goal. We appreciate our profound differences but also our similarities as we face a largely secular culture that detests us. We know that we are disliked for the same reason as Amy Coney Barrett: because, in Senator Dianne Feinstein’s infamous phrase, the dogma lives loudly within us. Fifty years ago, it would have been unimaginable for religious communities in New York—especially the Catholic Church—to be disregarded by the Governor in such a manner; but it would also have been much less imaginable for traditional Christians and Jews to feel such kinship with one another. This kinship is what Washington’s proclamation sought to achieve in the first place.

Thus it was that by Thanksgiving afternoon, most Americans across their country counted their blessings in this trying year and watched football, while online the hateful hashtag #AmyCovidBarrett began to trend. But in Brooklyn and Queens, religious Jews and Christians marked a moment of fellowship that thereby captured the spirit of the original holiday, and that is certainly a reason to give thanks. 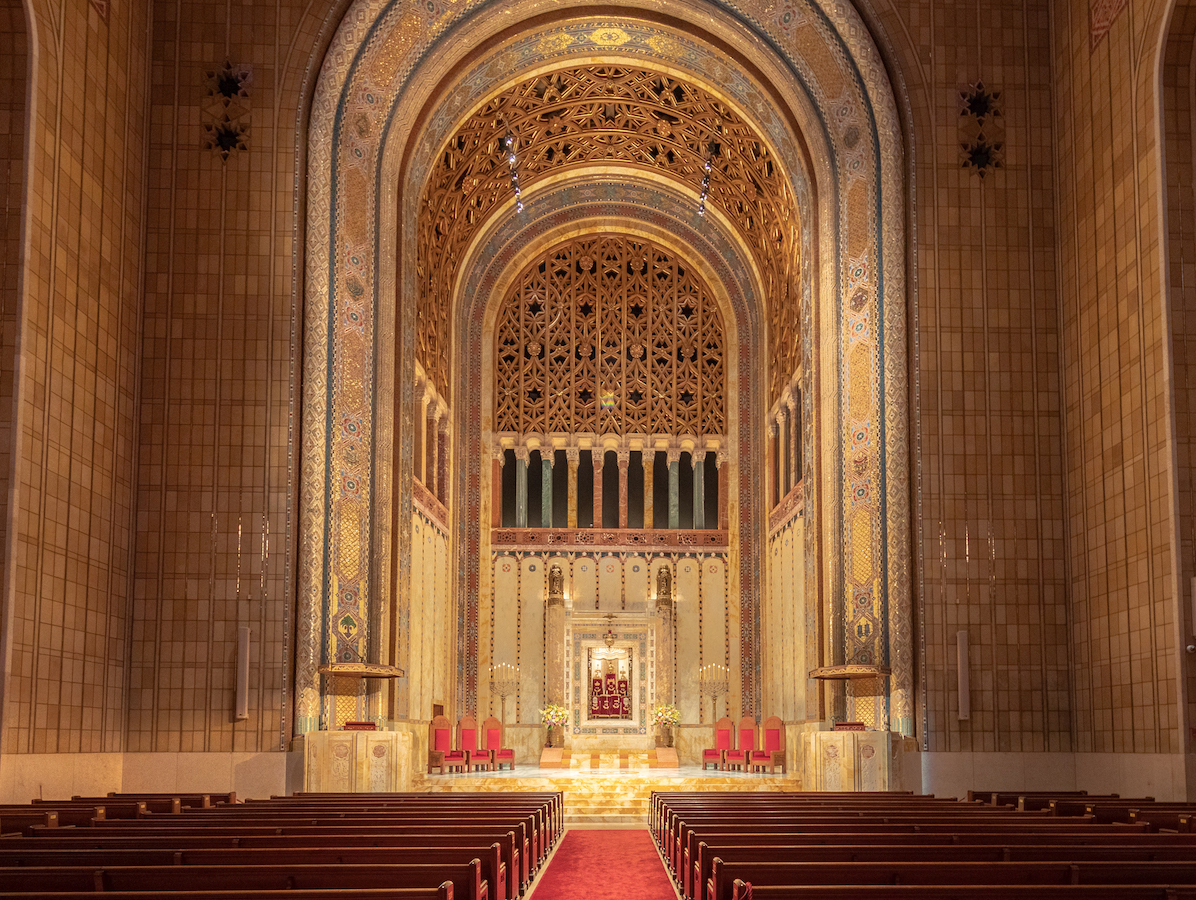