t can be said that the Book of Samuel launched the American Revolution. Though antagonistic to traditional faith, Thomas Paine understood that it was not Montesquieu, or Locke, who was inscribed on the hearts of his fellow Americans. Paine’s pamphlet Common Sense is a biblical argument against British monarchy, drawing largely on the text of Samuel.

Today, of course, universal biblical literacy no longer exists in America, and sophisticated arguments from Scripture are all too rare. It is therefore all the more distressing when public intellectuals, academics, or religious leaders engage in clumsy acts of exegesis and political argumentation by comparing characters in the Book of Samuel to modern political leaders. The most common victim of this tendency has been the central character in the Book of Samuel: King David.

Most recently, this tendency was made manifest in the writings of Dennis Prager. In a recent defense of his own praise of President Trump, Prager wrote that “as a religious Jew, I learned from the Bible that God himself chose morally compromised individuals to accomplish some greater good. Think of King David, who had a man killed in order to cover up the adultery he committed with the man’s wife.” Prager similarly argued that those who refuse to vote for a politician whose positions are correct but whose personal life is immoral “must think God was pretty flawed in voting for King David.”

Prager’s invocation of King David was presaged on the left two decades ago. The records of the Clinton Presidential Library reveal that at the height of the Lewinsky scandal, an email from Dartmouth professor Susannah Heschel made its way into the inbox of an administration policy adviser with a similar comparison: “From the perspective of Jewish history, we have to ask how Jews can condemn President Clinton’s behavior as immoral, when we exalt King David? King David had Batsheva’s husband, Uriah, murdered. While David was condemned and punished, he was never thrown off the throne of Israel. On the contrary, he is exalted in our Jewish memory as the unifier of Israel.”

One can make the case for supporting politicians who have significant moral flaws. Indeed, America’s political system is founded on an awareness of the profound tendency to sinfulness not only of its citizens but also of its statesmen. “If men were angels, no government would be necessary,” James Madison informs us in the Federalist. At the same time, anyone who compares King David to the flawed leaders of our own age reveals a profound misunderstanding of the essential nature of David’s greatness. David was not chosen by God despite his moral failings; rather, David’s failings are the lens that reveal his true greatness. It is in the wake of his sins that David emerges as the paradigmatic penitent, whose quest for atonement is utterly unlike that of any other character in the Bible, and perhaps in the history of the world.

While the precise nature of David’s sins is debated in the Talmud, there is no question that they are profound. Yet it is in comparing David to other faltering figures—in the Bible or today—that the comparison falls flat. This point is stressed by the very Jewish tradition in whose name Prager claimed to speak.

It is the rabbis who note that David’s predecessor, Saul, lost the kingship when he failed to fulfill God’s command to destroy the egregiously evil nation of Amalek, whereas David commits more severe sins and yet remains king. The answer, the rabbis suggest, lies not in the sin itself but in the response. Saul, when confronted by the prophet Samuel, offers obfuscations and defensiveness. David, meanwhile, is similarly confronted by the prophet Nathan: “Thou hast killed Uriah the Hittite with the sword, and hast taken his wife to be thy wife, and hast slain him with the sword of the children of Ammon.” David’s immediate response is clear and complete contrition: “I have sinned against the Lord.” David’s penitence, Jewish tradition suggests, sets him apart from Saul. Soon after, David gave voice to what was in his heart at the moment, and gave the world one of the most stirring of the Psalms:

Have mercy upon me, O God, according to thy lovingkindness: according unto the multitude of thy tender mercies blot out my transgressions.

Wash me thoroughly from mine iniquity, and cleanse me from my sin. For I acknowledge my transgressions: and my sin is ever before me.

. . . Deliver me from bloodguiltiness, O God, thou God of my salvation: and my tongue shall sing aloud of thy righteousness.

O Lord, open thou my lips; and my mouth shall shew forth thy praise.

For thou desirest not sacrifice; else would I give it: thou delightest not in burnt offering.

The sacrifices of God are a broken spirit: a broken and a contrite heart, O God, thou wilt not despise.

The tendency to link David to our current age lies in the fact that we know more about David than any other biblical figure. The author Thomas Cahill has noted that in a certain literary sense, David is the only biblical figure that is like us at all. Prior to the humanist autobiographies of the Renaissance, he notes, “we can count only a few isolated instances of this use of ‘I’ to mean the interior self. But David’s psalms are full of I’s.” In David’s Psalms, Cahill writes, we “find a unique early roadmap to the inner spirit—previously mute—of ancient humanity.”

At the same time, a study of the Book of Samuel and of the Psalms reveals how utterly incomparable David is to anyone alive today. Haym Soloveitchik has noted that even the most observant of Jews today fail to feel a constant intimacy with God that the simplest Jew of the premodern age might have felt, that “while there are always those whose spirituality is one apart from that of their time, nevertheless I think it safe to say that the perception of God as a daily, natural force is no longer present to a significant degree in any sector of modern Jewry, even the most religious.” Yet for David, such intimacy with the divine was central to his existence, and the Book of Samuel and the Psalms are an eternal testament to this fact. This is why simple comparisons between David and ourselves, as tempting as they are, must be resisted. David Wolpe, in his book about David, attempts to make the case as to why King David’s life speaks to us today: “So versatile and enduring is David in our culture that rare is the week that passes without some public allusion to his life…We need to understand David better because we use his life to comprehend our own.”

The truth may be the opposite. We need to understand David better because we can use his life to comprehend what we are missing, and how utterly unlike our lives are to his own. For even the most religious among us have lost the profound faith and intimacy with God that David had. It is therefore incorrect to assume that because of David’s flaws it would have been, as Amos Oz has written, “fitting for him to reign in Tel Aviv.” The modern State of Israel was blessed with brilliant leaders, but to which of its modern warriors or statesmen should David be compared? To Ben Gurion, who stripped any explicit invocation of the Divine from Israel’s Declaration of Independence? To Moshe Dayan, who oversaw the reconquest of Jerusalem, and then immediately handed back the Temple Mount, the locus of King David’s dreams and desires, to the administration of the enemies of Israel? David’s complex humanity inspires comparison to modern figures, but his faith, contrition, and repentance—which lie at the heart of his story and success—defy any such engagement.

And so, to those who seek comparisons to modern leaders from the Bible, the best rule may be: Leave King David out of it. 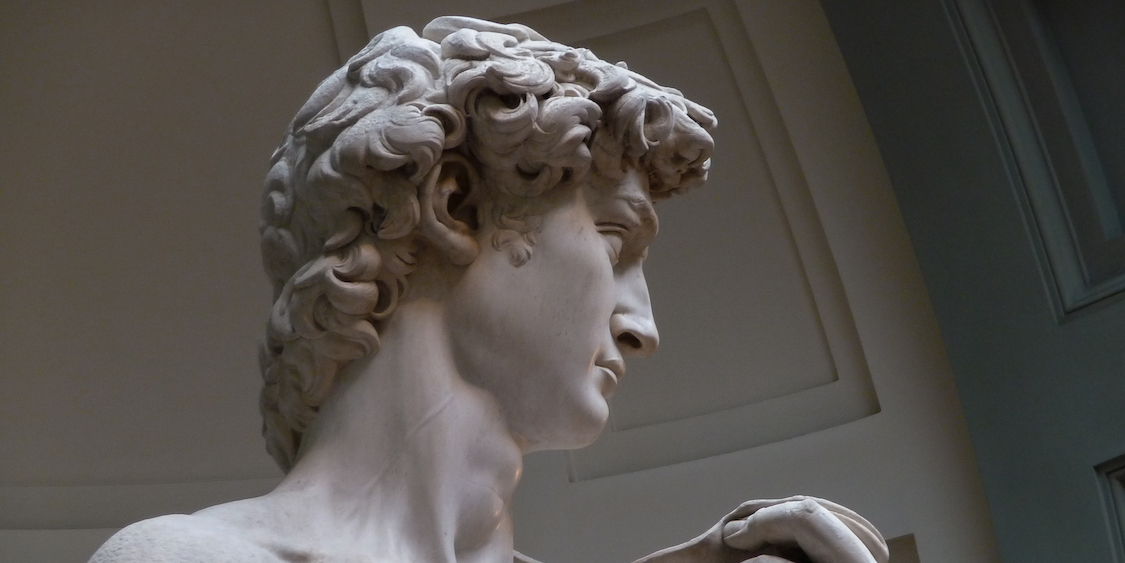