Before old age shalt thou rise; and thou shalt honor the presence of thy elders.
—LEVITICUS

Therefore, choose life, that thou and thy children shall live.
—DEUTERONOMY

‘We have discovered how to hit the Jews where they are the most vulnerable. The Jews love life, so that is what we shall take away from them. We are going to win, because we love death, and they love life.” So proclaimed Hassan Nasrallah, the secretary general of Hezbollah. His pathetic prediction aside, Nasrallah had Jews pegged pretty well; we do love life so. The Hebrew word for life, chayim, is the essence of our aspiration on the High Holy Days: We beseech Almighty God, the melekh chafetz ba-chayim, the king who desires life, to remember us for life, and to write us in the sefer ha-chayim, the book of life. And of course, as many Gentiles (and not a few Jews, alas) learned from Fiddler on the Roof, the traditional toast of Jews at moments of celebration is l’chayim: to life.

And yet, Tevye’s translation notwithstanding, the standard rendering of l’chayim is not exactly correct. As Rabbi Jonathan Sacks noted, chayim in Hebrew exists only in the plural, so technically l’chayim could be understood as toasting “to lives.” The meaning, perhaps, is that life becomes truly meaningful when it is shared, when it is about something larger than ourselves: This, for Jews, is most fully realized in the joining of generations. We do indeed toast l’chayim, but we do so at the circumcisions of our sons and at the weddings of our daughters. What we are celebrating is not our own atomistic existence, but rather the linking of past and posterity.

It is with this in mind that we may approach two striking sets of statistics that have caught the attention of the media and social scientists, trends that seem unconnected but perhaps are intertwined. The first relates to the current pandemic. As countries around the world dithered, Israel administered the COVID-19 vaccine at a rapid rate, focusing singlemindedly on the elderly and all citizens over 60. Reaching a rate of 150,000 vaccinations a day, Israel in early January was on track to vaccinate all its seniors within weeks. It is a stunning embodiment of the exhortation in Leviticus to honor one’s elders, of the biblical obligation to revere those whose sacrifices brought the younger generation into being.

The second statistic relates not to the oldest members of Israeli society, but to its very youngest. As the birth rate plummets in most Western-style democracies, Israel is the only such country that continues to have children in increasing numbers. This striking fact has most recently attracted the attention of Ross Douthat, whose fascinating book The Decadent Society describes the stagnation that our wealth and achievements have produced. “Amid all of our society’s material plenty,” he reflects, “one resource is conspicuously scarce. That resource is babies.”

Our technological sophistication allows us to perpetuate atomistic existences, to live virtually rather than to truly live, producing a society in which “young singles turn into middle-aged bachelors and divorcees, and then into isolated retirees.” The result is a society that does not focus on its future, whose own success is a source of stagnation.

But there is, Douthat notes, one society that has defied decadence. Israel is “the only rich, highly educated country where birthrates leveled off well above replacement instead of just below it, and then actually rose again.” Douthat theorizes that the constant endangerment faced by Israel is the cause of its demographic strength: “Israel’s distinctive identity, history, and geopolitical position—perpetually threatened, perpetually mobilized—creates very different attitudes toward the self-sacrifice involved in parenthood than the less existentially shadowed culture of other rich societies.”

Perhaps Douthat is right about the geopolitics. But perhaps his explanation places the sociological cart before the horse. Perhaps Israel has resisted its enemies who worship death precisely because of a deeply ingrained love of life. If the Jewish people have persevered, it is because of its stubborn clinging to perpetuation. Perhaps there is a deep connection between a society’s devotion to its elderly and to its newborns. A country that expresses reverence for those who come before will seek the perpetuation of the society their predecessors helped create.

This lesson is the essence of Jewish identity. Rabbi Joseph Soloveitchik noted that “Israel,” the name given by the Bible to the chosen nation, originally belonged to the patriarch also known as Jacob. This, he argued, is no coincidence: Jacob, he pointed out, is the only biblical progenitor who is seen interacting not only with children but grandchildren. Drawing Joseph’s sons Ephraim and Menashe to him, the patriarch blesses them in the name of Abraham and Isaac, linking ancestors to descendants. We are all named for Israel because the original Israel, in joining generations, is our polestar; a nation that emulates his life cannot die.

With the coming of the vaccine, our forefather Israel was imitated in modern Israel. As Israeli seniors swarmed the vaccinations centers, one of them, Amnon Frank, expressed to the Israeli media what drew him there. “A grandchild without a hug is half a grandchild,” he reflected. “We haven’t hugged them since March.” This single succinct sentence captures the meaning of l’chayim; life is truly life when it is shared.

These two Israeli sets of statistics—the vaccination of the old and the perpetuation of the young—are two trends that are wholly connected with each other. A country that toasts l’chayim, a society that desires life, illustrates what life truly means. It ensures that grandfathers and grandmothers are written in the book of life, so that they are thereby able to embrace their grandchildren once again.

In one of the most famous of Talmudic tales, a group of rabbis beheld a Jerusalem devastated by Rome and wept, while one of their colleagues, Rabbi Akiva, laughed and stubbornly cited the prediction of the prophet Zachariah: “There shall yet old men and old women dwell in the streets of Jerusalem, and every man with his staff in his hand for very age. And the streets of the city shall be full of boys and girls playing in the streets thereof.” The story is cited as an example of profound faith, as indeed it is. But perhaps Akiva’s insight also is that the prophetic verse, joining grandparents and grandchildren, contained the secret of Jewish survival: A nation that reveres its elders and celebrates new life would outlast an empire that glorified war and death. In Israel today, Akiva’s seemingly preposterous prediction has come true, as the world discovers new meaning in the mantra am Yisrael chai—the nation of Israel lives. 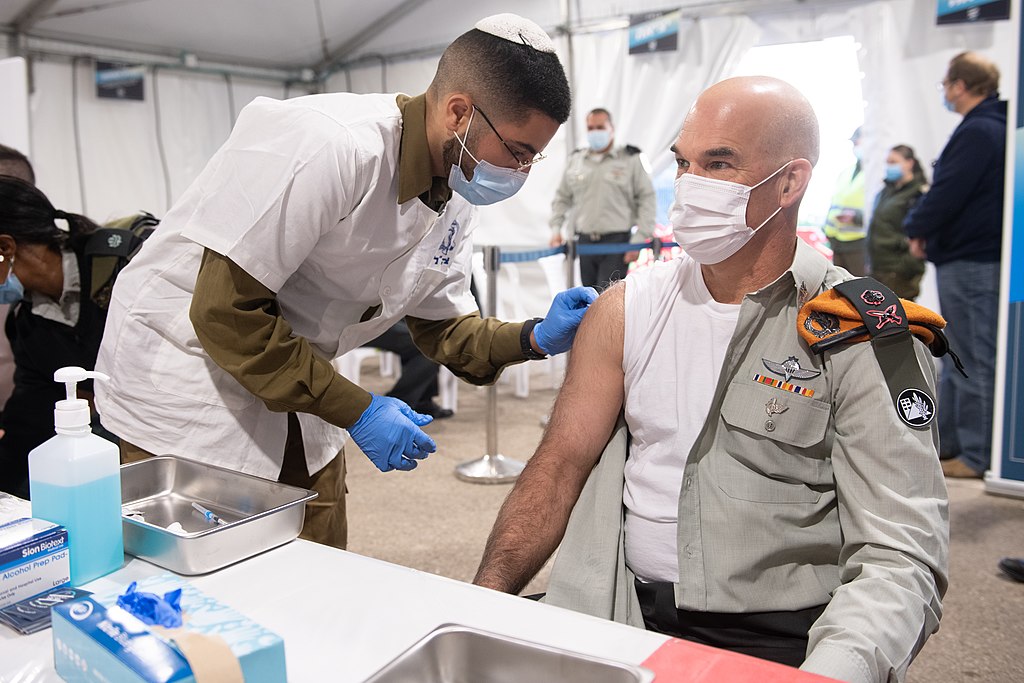