In June 1981, as Israel was about to begin the holiday of Shavuot, Prime Minister Menachem Begin informed the media he had just ordered one of the most audacious operations in modern military history: the destruction, by Israel’s Air Force, of the Osirak nuclear reactor outside Baghdad. The mission had seemed impossible, as it required flying a total of 2,000 miles—and Israel did not have the ability to refuel. It was assumed that not all the pilots would make it back alive. When all returned safely, Begin ebulliently announced it to the world, insisting that only if Israel publicly claimed responsibility would the attack serve as a future deterrent to Israel’s enemies.

There was only one problem. The notion that a prime minister mere weeks away from an election might have ordered such an attack was so unthinkable that the media refused to believe it. In his biography of Begin, Avi Shilon describes how his subject waited in vain for the Israeli Broadcast Agency to bring the news to the public:

The news editors at the IBA did not believe what they had heard. Uri Porat, the new communications adviser to the prime minister, phoned to find out what was holding up the announcement, but since his voice was unfamiliar to the news editors, they were convinced that it was a hoax. Finally, journalist Immanuel Halperin, Begin’s nephew, decided to call his uncle, and thus in an intimate conversation between Begin family members, the announcement that would cause a furor throughout the world came to light. But it was broadcast, of all places, in a news flash on Radio 3—the IBA’s pop music station—at 3:30 p.m., and Begin had to wait yet another half hour to hear it in an official IBA newscast.

Only in Israel: an earth-shattering event announced on a pop station and ignored elsewhere until confirmed by an impeccable source in the leader’s mishpocha.

The year 2021 marks the 40th anniversary of the “Begin Doctrine,” according to which no enemy of Israel will be allowed to acquire nuclear weapons, and that Israel will act, on its own if necessary, to ensure this remained the case.

Four decades along, it is easy to forget how unexpected the attack was and how outraged much of the world was by it. In Israel, Begin’s electoral opponent, Shimon Peres, had sent him a letter pleading to hold off, but he only convinced the prime minister to act. Shilon describes how Begin told a cabinet member, “For all I know, a month from now, Shimon Peres will be sitting in this room. From his letter it’s clear to you that he certainly wouldn’t carry out this operation, and I’m not willing to leave the stage knowing that I left this problem hovering over our children.”

The international media largely denounced the attack as state-sponsored terror, and even world leaders sympathetic to Israel came down hard. Margaret Thatcher spoke of “a grave breach to international law,” and the Reagan administration ordered Jeane Kirkpatrick (to her dismay) to support an anti-Israel resolution at the UN.

The controversy and surprise show just how this operation, which kept a nuclear weapon out of the hands of Saddam Hussein, was a testament to the unique worldview of one man. Menachem Begin was a modern Zionist, but unlike some of Israel’s other founders, he always felt the personal presence of those murdered in the Holocaust, especially of his father and mother. Again and again, Begin made clear, in the months before the attack, that the fate of his family was very much on his mind. “This morning,” he told the cabinet during an Osirak planning meeting, “when I saw Jewish children playing outside, I decided: ‘No, never again.’” In a meeting with American Jews in May 1981, Begin was asked what he thought the lesson of the Holocaust was. He replied:

First, if an enemy of our people says he seeks to destroy us, believe him. Don’t doubt him for a moment. Don’t make light of it. Do all in your power to deny him the means of carrying out his satanic intent. Second, when a Jew anywhere is threatened, or under attack, do all in your power to come to his aid. Never pause to wonder what the world will think or say. The world will never pity slaughtered Jews. The world may not necessarily like the fighting Jew, but the world will have to take account of him.

These Americans had no idea what Begin was planning when he said these words. He was indeed the fighting Jew, and the world certainly did not like him. Time magazine helpfully informed its readership that the name Begin “rhymes with Fagin,” and American Jewry in 1981 was told repeatedly that they must choose “between Reagan and Begin.” But Begin did not “pause to wonder what the world would say,” and the world did indeed “have to take account of him.”

At the same time, the “fighting Jew” who acted to neutralize the Iraqi threat also was a Jew of profound faith. Yehudah Avner, Begin’s speechwriter, reported that as the planes took off, Begin said to himself “Hashem yishmor aleihem,” may God protect them. And when he was informed that the strike was successful, he instinctively exclaimed two words that Jews have said every day for centuries, but that no other Israeli prime minster would have instinctively uttered: Barukh Hashem, thank God. A month later he met with the American Jewish leader Max Fisher and reflected further on the religious meaning of the moment: “Am I a believer—do I believe in Elokei Yisrael, the God of Israel? The answer is a categorical yes. How else to account for our success in accomplishing the virtually impossible? Every conceivable type of enemy weaponry was arraigned against our pilots….Yet not a single one touched us. Only by the grace of God could we have succeeded in that mission.”

Was the assault on Osirak a strategic achievement, or was it a miracle? For the prime minister, it was both. On Yom Kippur 1973, Israel had been caught napping; on Shavuot 1981, Begin announced to the world that Israel would not be caught asleep at the wheel again. And he believed that if Israel avoided somnolence, then its people would also have the right to pray to the God Who, according to the Psalms, is the protector of Israel that neither slumbers nor sleeps. No other Israeli leader so seamlessly merged the Zionist present and the Diasporic past, simultaneously making manifest Jewish independence and humble faith.

Since 1981, Israel has acted several times to prevent its enemies from acquiring nuclear weapons, and it is much stronger—both militarily and diplomatically—than it was in Begin’s day. This is a wonderful thing. But what is missed is the man—a leader who joined strong action with communion to the past, a Jew who could order an ingenious operation and then pray to God for its success.

When Peres accused Begin of ordering the operation for electoral reasons, Begin had a ready reply. “Jews!” he bellowed to the crowd at a rally. “You have known me for 40 years!” He had more to say, but that was enough. Forty years after he said those words, the legacy of Begin’s operation lives on, and many operations like it have followed. But as we remember the “fighting Jew,” we must wonder whether we will ever see a man like him again. 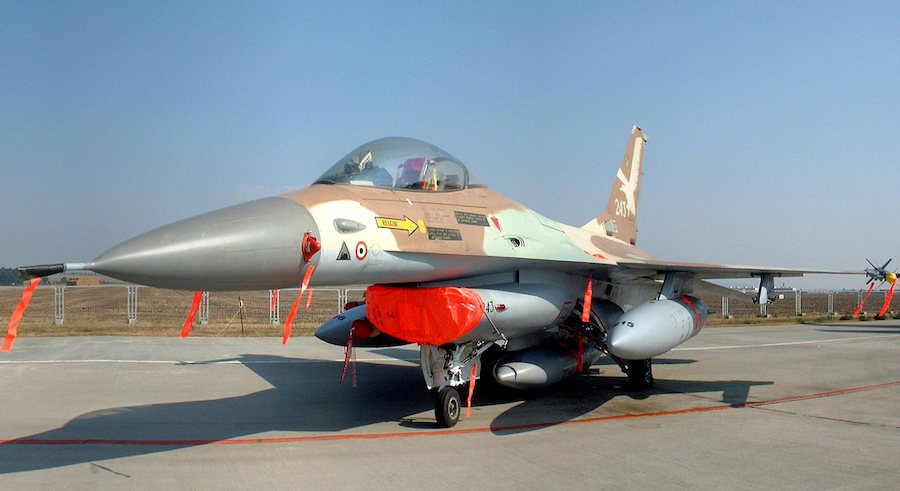