One morning in the 1980s, the American Jewish novelist Herman Wouk woke in a hotel in Krakow. His presence in Poland at that moment was a testament to his astonishing success: One of America’s bestselling authors, winner of the Pulitzer Prize, he was visiting the Eastern Bloc to supervise the filming of a lavish television series based on his novel War and Remembrance. That morning, like every other, Wouk engaged in a ritual performed by no other American Jewish literary figure of his time: He bound phylacteries, tefillin, to himself and devoutly uttered the morning prayers that his ancestors had said for millennia, a reflection of the Jewish Orthodoxy that was his watchword. Wouk then left his hotel and explored the city, ultimately coming upon a small Jewish museum. There he suddenly saw tefillin on display, bearing this description: “These are tefillin which used to be worn by Jews while they prayed.” Wouk later told Alan Dershowitz how moved he was, for here was an obituary for the Jewish faith, one belied by his own prayers that very morning.

Rightly understood, the moment was a metaphor for his own religious journey. As a young man, Wouk had imbibed Judaism from his rabbinic grandfather, but his observance had waned in young adulthood. It returned, strikingly, when he joined the Navy and prepared to fight against the greatest enemy his people had ever known. Wouk once wrote that it had not been easy “to hold the simple faiths of our fathers, and until the war came, it did not seem important.” But after he and his country were compelled to engage in the unprecedented war effort to save civilization, he decided “to believe the clearer and more obvious answer—that God is on the side of those who call on Him.”

As the historian Zev Eleff notes in a fascinating essay, Wouk had sent these remarks to the New York Orthodox rabbi Leo Jung, who in turn encouraged the younger man to use his talents to “improve the Jews by the application, in a most encouraging and enjoyable manner, of unalloyed Judaism to their hearts, mind, and life.” After achieving fame for his novels, Wouk published This Is My God, an explanation of Torah observance and an unabashed defense of Jewish Orthodoxy. It sold 200,000 copies in the year of its release, 1959, and reached number two on the New York Times bestseller list.

To journalists and literati, this was a paradox. Wouk, Time magazine argued, “seems like an enigmatic character in search of an author. He is a devout Orthodox Jew who has achieved worldly success in worldly-wise Manhattan while adhering to the dietary prohibitions and traditional rituals which many of his fellow Jews find embarrassing.” But it is not a paradox at all.  A novelist like Wouk knew a great story when he saw one, and he was surely struck by the fact that those very same American Jews who avidly read his novels seemed to ignore the most interesting plot of all.

In the opening to This Is My God, Wouk described an assimilated New York Jew passing Hasidim on Fifth Avenue. “They offend him by being alive today,” Wouk reflects, “by keeping up that dead culture and confronting him with it, by insisting with their mere presence in the street that he is burying a part of his background that cannot be buried. They are skeletons out of his closet…. If there is anything he is sure of in this unstable world, it is that he has not, and never will, have anything in common with this grimy ghost of a dead culture.” This Jew would angrily deny that he was part of a chosen people, and no gifted writer could convince him otherwise, “except for one thing”:

Deep in the heart of both critical Christian and alienated Jew, there is a—I cannot say what, a feeling, not even a feeling, a shadow of a notion, nothing more substantial than the pointless but compelling impulse to knock on wood when one talks of the health of children—something that says there is more to the Jews than meets the eye. There is a mystery about the Jews. This mystery makes the very word “Jew” a sure shocker on the stage. Because of this mystery many readers will come to this book and read it through, disagreeing, it may be, with every line of it, but pressing forward to find some light on the puzzle. And within this mystery lies the reason for the folk pride of the House of Abraham.

Wouk’s own countercultural observance, as Eleff notes, heralded the resurgence of Orthodoxy in America, one that few in the 1950s would have predicted. But Wouk also offers an example of what American Orthodoxy so sorely needs today: those with the ambition and ability to passionately and eloquently defend Judaism’s vision to the world. Should they emerge, they may find an audience far surpassing Wouk’s, hungering for truth in an age of rank relativism and cultural decay, waiting for a gifted writer to fulfill once again words uttered by Moses millennia ago: “This is my God and I will beautify Him; the God of my father that I shall glorify.”

For decades, Wouk seemed superhuman, living to be over 100 years of age and writing lucidly late into his nineties. In this he appeared to embody the immortality of the people that he so exquisitely described. One of the most wonderful passages in the Talmud focuses on a biblical tale that was the subject of a previous Jewish Commentary column: the prophet Ezekiel’s vision of a Valley of Dry Bones that comes suddenly to life. One rabbi in the study hall proposed that the tale did not actually occur but was merely an allegory, upon which his talmudic colleague stood up and proudly proclaimed: “Those men were my ancestors, and here are their tefillin, left to me by my father’s fathers!”  The story expresses what Wouk understood not only in Krakow at the height of his career, but in the Navy as a young man: The repeated wrapping by Jews of tefillin that their fathers once wore, despite that ardent attempt of Nazism and Communism to render it obsolete, was itself a mystery and a miracle, and the greatest testament to the truth of all that Judaism proclaims.

Now his own remarkable story has come to an end, with his passing in May a few weeks short of his 104th birthday. But it hasn’t, not really. Individually, every man is mortal; Herman Wouk was a man, and even he would ultimately die. But precisely because of his faith, a faith that seemed paradoxical but which actually made so much sense, Wouk will achieve an immortality unlike any other Jewish cultural figure of his time. He will live, first and foremost, not in his movies, or novels, but in the extraordinary endurance of Orthodoxy in America, and through the eternal people who cling stubbornly, with love, to Herman Wouk’s God. 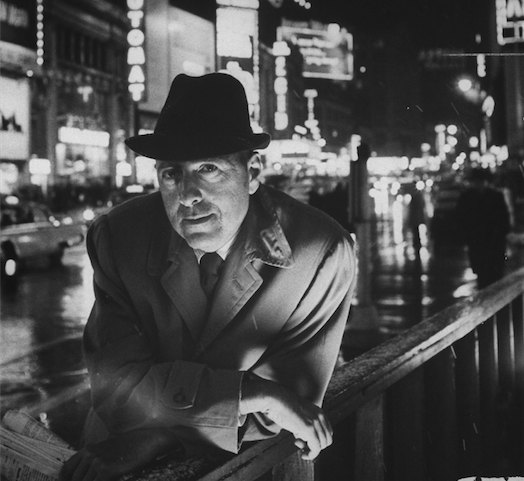