A reader searching for a locale with a thrilling, romantic history propelled by larger-than-life heroes would probably not think to look to the state of Ohio. The seven presidents it sent to Washington—William Henry Harrison, Grant, Hayes, Garfield, McKinley, Taft, and Harding—present no cavalcade of Olympians; they’re neither demigods nor demagogues and only add to the Buckeye State’s pop-culture reputation as bland, drab, even stifling.

It’s therefore shocking that the celebrated historian David McCullough chose a single small town at the confluence of the Ohio and Muskingum Rivers as the focus of The Pioneers, his loving and luminous account of an oft-ignored chapter in America’s glorious past. McCullough hails from Pittsburgh, a much larger and more consequential town upriver from Marietta, Ohio, and he has previously concentrated on epic narratives about grand achievements (the Panama Canal and the Brooklyn Bridge) or legendary leaders of global significance (John Adams, Theodore Roosevelt, Harry Truman). Here, he illuminates the lives of strictly local dignitaries in a village that reached its peak population of 17,000 in 1970. The contents of the book, though fascinating, don’t easily match its stirring subtitle: The Heroic Story of the Settlers Who Brought the American Ideal West.  McCullough’s narrative never ventures farther west than the Mississippi River, and the stories he recounts follow five specific and supremely admirable Ohio families rather than summarizing the sweeping experience of “settlers” in general.

In McCullough’s telling, Marietta merits his attention because it was the first permanent American settlement in the vast tract of real estate known as the Northwest Territory, comprising the future states of Ohio, Indiana, Illinois, Michigan, and Wisconsin. After the protracted negotiations that put a formal end to the American Revolution, the British ceded the area to the Americans—but the new United States, not yet gifted with a workable Constitution, didn’t really know what to do with it. In the same summer of 1787 that delegates gathered in sweltering Philadelphia to hammer out a better framework for government, the old Congress in New York managed its most notable achievement: the Northwest Ordinance, which provided a basis for creating new states in the unsettled land west of the Appalachians and north of the Ohio River. The new rules demanded absolute freedom of religion in the new states, along with special emphasis on education for the populace and, most crucially, the total exclusion of slavery. With these fateful provisions, McCullough argues that “the Northwest Ordinance was designed to guarantee what would one day be known as the American way of life.”

The Reverend Manasseh Cutler played a significant role in fashioning these enlightened precepts and then helped to give them life with his leadership of the Ohio Company, offering land and farms to Revolutionary War veterans prepared to take their chances in the West. A Yale-educated polymath who had earned doctorates in medicine, law, and divinity, Cutler had established himself as an influential clergyman (and later a U.S. congressman) in Massachusetts. He never migrated to Ohio but made the arduous journey to the frontier to encourage the early settlers. And he sent two of his sons to make their new homes near Marietta, which had been named to honor Marie Antoinette, queen of France, who had purportedly tilted her country toward the patriot cause in the Revolution.

One of the two Cutler boys, Ephraim, became especially important in his town’s leadership, as a militia captain, judge, and longtime member of the legislature. He worked alongside Joseph Barker, who developed a successful boat-building business (using the huge hardwood trees that crowded along the river banks) and became the first and most esteemed architect in the Northwest Territory. Samuel Hildreth arrived in 1806 (three years after Ohio won statehood) and quickly became an indispensable, beloved, and idealistic physician, caring for as many as 600 gravely ill patients at a time amid the frequent epidemics and fevers that afflicted his village. He also described a frightening tidal wave of gray squirrels in his diary for 1820, with the inexplicably emboldened creatures invading homes and covering roofs over the summer months. Hildreth made handsome paintings of local plants and trees, while organizing research that preserved extraordinary details about his town and its region.

McCullough takes obvious joy in describing the odd and colorful contours of daily life over the course of 80 years, inspired by a long-standing desire to write a nonfiction version of Thornton Wilder’s classic play, Our Town. But unlike the fictional Grover’s Corners, Marietta did play a role in some significant historic events. The disgraced former Vice President Aaron Burr called at Marietta shortly after killing Alexander Hamilton in a duel. Despite his notoriety, Burr deployed his famous charm to enlist a wealthy but gullible Irish immigrant and his disturbingly glamorous wife in a grand conspiracy to invade Mexico and establish a separate western empire with Burr as the anointed emperor. The resulting turmoil resulted in Burr’s trial for treason, with President Jefferson avidly (but unsuccessfully) pushing for his conviction.

Former President John Quincy Adams paid a less controversial visit in 1843 and received a tumultuous reception from the local populace that shared his impassioned anti-slavery convictions. In an emotional twilight conversation with Ephraim Cutler in a boat moored in the Ohio, the local leader told “Old Man Eloquent” how much Ohioans appreciated the “wisdom and firmness” his father, John Adams, had shown in negotiating America’s claim to the Northwest Territory. Cutler “saw the tears gather in his eyes” as he “rejoiced to find that there still were some who still remembered the services of his beloved father.”

The idea of service permeates the book, especially as it covers the long career of Ephraim Cutler in local and state government and his tireless efforts to establish Ohio University. His work at the capitol, which produced no wealth and little fame, seemed thankless, even sacrificial, and his complaints about his colleagues have a timeless ring. “There is nowhere to be found knaves more designing than at a legislature,” he wrote his wife, “where designing scoundrels lurk and with specious words and demure looks they calculate to entrap the unwary and like blood suckers leech and suck the public.”

The more serious bloodletting came much earlier in the town’s history, with a series of conspicuously brutal attacks by a powerful Native American confederation uneasy with the waves of immigration into the Ohio Valley. Revolutionary War General Arthur St. Clair, crippled by gout and limited energy, led a force of more than 2,000 regulars and militia toward the west, accompanied by more than 200 camp followers—laundresses, prostitutes, wives, and children. In their encounter with seasoned Native warriors, 623 soldiers died, with many of the wounded scalped, tortured, and mutilated. Only three of the women survived, with many of the dead bodies “cut in two, breasts cut off, then heaped on campfires.” One soldier combined horror with admiration, noting that “the Indians fought like hellhounds.”

This emphasis on danger and cruelty from the nearby tribes is utterly unavoidable in any honest effort to portray the perilous realities of the early days on the Ohio frontier. Throughout his account, McCullough’s writing qualifies as sturdy and understated, never ornate or straining for dramatic effect. The most moving accounts in The Pioneers feature its major figures in their own words, taken from diaries and letters preserved and organized at the liberal-arts Institution, Marietta College, that the town’s founders helped establish. Particularly compelling is the late-in-life romance that blossomed between the widowed Ephraim Cutler and the 23-year-old stranger his ailing wife had recommended as her own successor. “I am at this time destitute of that solace of the heart a female friend to whom I can disclose my cares or who can alleviate my sorrows, assuage my grief or share my joys,” he wrote to young Sally Parker. “I will then only ask the favor to address you and cultivate an acquaintance.”

Less than a month later, they had apparently met, and Ephraim wrote: “Oh my sweet girl, how can it be possible for one to live without you…. O my dear every little pleasure I enjoy, every beauty of nature I see loudly tells me who is absent.” Thirty-eight years of adoring marriage, producing five more Cutler children, followed in due order.

It’s these authentic voices, far more than any authorial tricks, that stick with you from The Pioneers—like the voices from the town cemetery in the last act of the play that inspired McCullough to write the book. The decency, kindness, and sense of duty the citizen settlers consistently display in these pages may have seemed ordinary in the period under discussion (1787–1865). But those qualities will strike today’s readers as exceptional, assuring the book of popularity both broad and deep, while ultimately justifying the words “heroic” and “American ideal” in McCullough’s soaring subtitle after all. 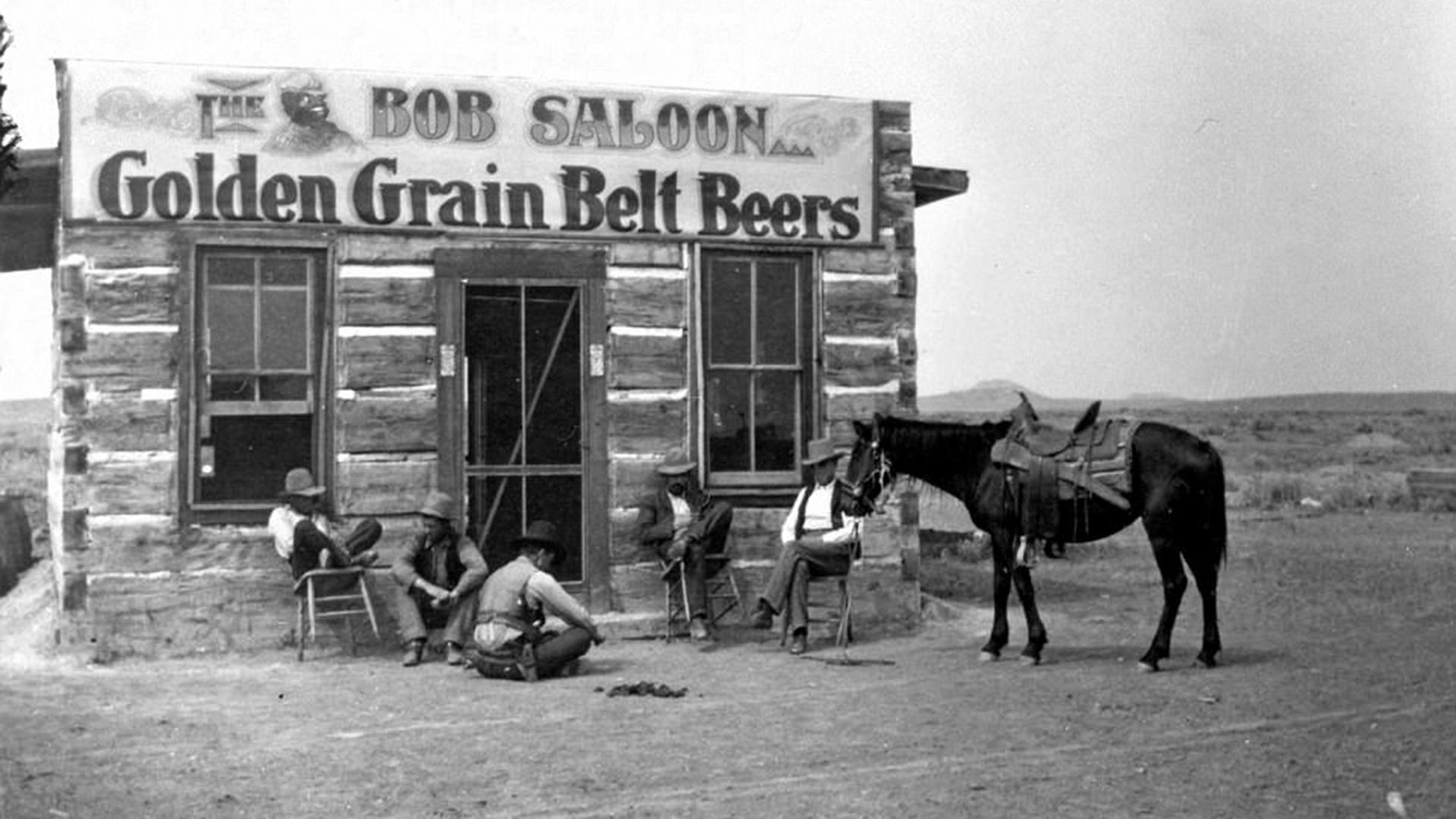