The contemporary erosion of public debate is the focus of Jonathan Rauch’s new book, The Constitution of Knowledge. Rauch, a journalist and scholar at the Brookings Institution, has essentially written two books in one: the first, a superb exposition of how societies acquire and propagate understanding through robust, constructive discussion; the second, a disappointing diagnosis of how and why discourse has deteriorated, and a prescription for rehabilitating it.

Rauch begins by defining the “Constitution of Knowledge” as “liberalism’s epistemic operating system,” nothing less than “our social rules for turning disagreement into knowledge.” These rules drive healthy, open-minded debate by “forcing social contestation onto peaceful and productive pathways.”

He sees the moderating influence of the U.S. Constitution as analogous to the practical effect of the Constitution of Knowledge. Just as the former harnesses ambition and faction, channeling both into compromise, so too does the latter demand persuasion and negotiation over what propositions to accept. Both constitutions “are built to institutionalize self-correction” and establish common frameworks while leaving ample room for the varied positions of civil society, faith, and other private belief systems. And, somewhat miraculously, both came into being after millennia of strife, hierarchy, and misery; Rauch quotes social psychologist Jonathan Haidt’s observation that liberal discourse “allows us to function one or two orders of magnitude above our design capacity.” Like the U.S. Constitution, it is a blessing.

The system encodes two related principles originally propounded in Rauch’s 1993 book Kindly Inquisitors: the fallibilist rule that no single person gets the final say on an issue; and second, the empirical notion that there is no sole authority capable of settling a debate. We needn’t aspire to objective truth, he argues, but should instead regard such truth as “an orientation, not a destination.” Along the way, we must nurture the virtues of professionalism, civility, pluralism, and accountability—the raw materials fueling vigorous scientific, academic, and political inquiry.

All of the above is in the first part of the book, which is learned and thoughtful. But Rauch’s analysis of how knowledge has developed magnifies the shortcomings in his treatment of its breakdown.

First, he castigates conservatives for rapidly proliferating trollbots, Putin-style propaganda, anti-vax polemics, Q-Anon conspiracies, and deep-fakes that have begun, to borrow Steve Bannon’s memorable locution, to “flood the zone with sh*t.” His disdain for the Trumpists is bounteously evident.

But while the online right undoubtedly bears responsibility for poisoning the factual well, so, too, does the left. In only the past few months, the left has coined, popularized, declaimed on the House floor, and amplified through Instagram and Twitter, such patent falsehoods as “the Israelis are committing genocide against the Palestinians” and “trans women are indistinguishable from biological women.” And it was the mainstream media and online left, not the right, that peddled lurid and false Russian-conspiracy accusations against Donald Trump (when the truthful accusations against Trump were bad enough). Rauch seems mostly uninterested in these transgressions.

Indeed, Rauch’s enthusiasm for journalism’s “accountability to truth” obscures how his own discipline has fallen short: A July Pew poll found that only 38 percent of Americans express a great deal of trust in the media, even as a younger generation of journalists, led by CBS News’s Wesley Lowery, expressly eschews objectivity for “moral clarity,” subjectively valorizing woke tropes over hard facts.

Rauch does denounce the groupthink, emotional safetyism, and “spirals of silence” on the left that deform otherwise diverse opinions into a monocultural progressive block. Suppressing ideas impairs discourse as much as deluging the public square with falsehoods, as Rauch’s extensive interviews with terrified academics reveal. But, interestingly, in this case, he neglects the ideological policing that has permeated conservative circles. No mention of, say, Representative Liz Cheney, or Southern Baptist leaders who were ousted for insufficient devotion to Trump, or Delta Airlines, boycotted for terminating a frequent-flyer partnership with the NRA, or the other parties effectively cancelled by the right.

Rauch’s game plan for reviving our discourse is a mixed bag of recommendations, none of which is a revelation, some of which are just silly. On a small scale, in our personal and professional lives, we can and should practice his exhortation “to be thick-skinned and to tolerate the emotional bruising” of disagreement. On an institutional scale, the problem can be much more intractable, and here’s where the silliness comes in. Rauch urges “institutionalizing truth-friendliness” online and praises Facebook’s establishment of an oversight board and other platforms’ efforts to label plainly false posts. He claims implausibly that by the end of 2020, “the age of epistemic disregard was over.” In fact, social-media companies’ efforts have done little to diminish disinformation, instead creating myriad other problems, including the prospect of government censorship, as demonstrated by the Biden administration’s July announcement that it has been “flagging problematic posts for Facebook.”

As for cancel culture, he tries to offer some reason for hope. He lauds the efforts of the University of Chicago, Berkeley, Princeton, and Reed College, all of which have redoubled their commitment to “viewpoint diversity and intellectual pluralism” in the face of authoritarian pressure. But these examples unfortunately constitute courageous exceptions to the rule.

Ultimately, it will be only through the consistent, rigorous application of the age-old values Rauch articulates in the early part of his book that we can we hope to restore discourse. We must not only thicken our own skins but also gently encourage others to thicken theirs. 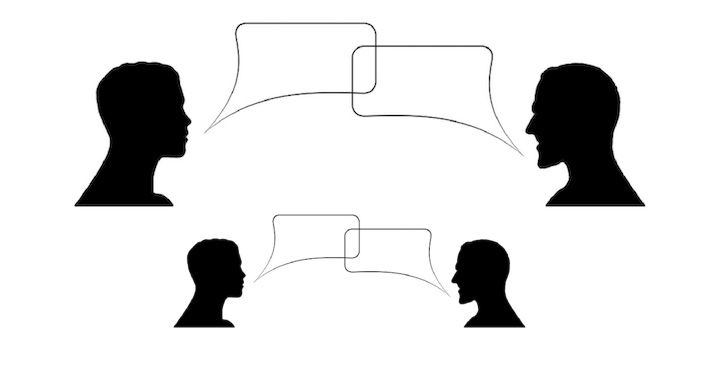 Michael M. Rosen is an intellectual-property litigator and writer in Israel and an adjunct fellow at the American Enterprise Institute.