o begin with, it was a simple story,” says the eponymous heroine of My Name Is Lucy Barton, Elizabeth Strout’s fifth book. In New York City in the late 1980s, “many years ago now,” Lucy is admitted to the hospital for a routine appendectomy; instead of recovering, she falls mysteriously ill. 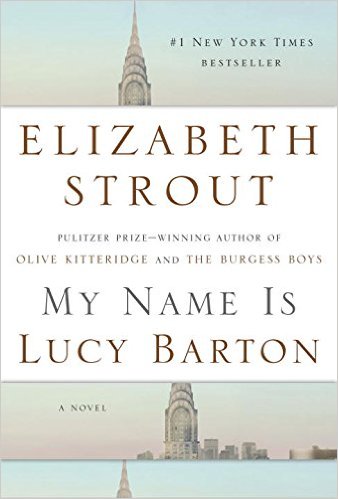 My Name Is Lucy Barton

For nine weeks, alone in a room with a view of the Chrysler Building, she hovers miserably “in a very strange state—a literally feverish waiting—and I really agonized. I had a husband and two small daughters at home; I missed my girls terribly, and I worried about them so mu­­­­­ch I was afraid it was making me sicker.”

Lucy’s husband rarely comes to see her. She apologizes on his behalf; he hates hospitals, she tells us, and must be “busy running the household and also busy with his job.” A friend brings Lucy’s daughters to her room, but the girls are anxious and unkempt (“their little faces were dirty, and so was their hair”), which upsets Lucy terribly, which in turn upsets the girls. “They were really frightened,” she recalls. “They said very little, the younger one especially seemed unable to speak, and when I put my arms around her, I saw her lower lip thrust out and her chin tremble; she was a tiny thing, trying so hard to be brave.” The visit, in other words, leaves everyone in worse shape than before.

All this occupies the book’s first nine pages. And just when Lucy’s loneliness becomes unbearable, her mother, whom Lucy has not seen or spoken to in years, appears as if by magic. “Her being there…made me feel warm and liquid-filled, as though all my tension had been a solid thing and now was not.” Lucy’s mother stays five days and nights, sleeping upright in a chair beside Lucy’s hospital bed. With her arrival, the simple story turns complex.

That first day we spoke of my brother, the eldest of us three siblings, who, unmarried, lived at home with my parents….I asked if my brother had a job. “He has no job,” my mother said. “He spends the night with any animal that will be killed the next day.” I asked her what she had said, and she repeated what she had said. She added, “He goes into the Pedersons’ barn, and he sleeps next to the pigs that will be taken to slaughter.” I was surprised to hear this, and I said so, and my mother shrugged.

Something is rotten in My Name Is Lucy Barton, which lulls us with deceptively simple prose while discomfiting us with sinister, cryptic details. Beneath Lucy’s singsong assertions of joy (“I was so happy. Oh, I was happy speaking with my mother this way!”), behind her naive recollections (“In the middle of the cornfields stood one tree….For many years I thought that tree was my friend; it was my friend”), something dreadful lurks.

Readers familiar with Strout’s earlier work will be especially disconcerted. The new novel, like her previous books, centers around the complicated, claustrophobic bonds between parents (especially mothers) and children (especially daughters) within the gossipy environs of an insular small town. However, My Name Is Lucy Barton reads very differently. In her earlier novels (Amy and Isabelle, Abide with Me, and The Burgess Boys), Strout came at her themes via a series of friendly, digressive third-person narratives, which brimmed with detail and brought even minor characters vividly to life. Her use of multiple perspectives reached an apotheosis of brilliance in Olive Kitteridge, a marvelous collection of linked short stories that won the Pulitzer Prize. Strout’s protagonists were never wholly sympathetic—Olive, in particular, came across as a prickly, sharp-tongued pepperpot whom other characters admired almost in spite of themselves—but they were always original and compelling, and impossible to forget.

My Name Is Lucy Barton locks the reader inside Lucy’s head. Strout, uncharacteristically, uses the first person throughout; the voice she gives Lucy is dreamy, moony, and frustratingly vague. Important peripheral characters (like the “friend” who visits in the hospital, and a doctor Lucy worships and depends on) are never even named. And though Lucy and her mother spend several chapters dishing the dirt on folks back home, their gossipy chitchat reads, at first, like pretty thin stuff. Mostly, they talk in generic terms about various women who ditch their husbands and come to terrible ends. Yet there’s a cumulative weight to their conversation, which eventually feels prophetic rather than descriptive: Lucy’s mother grows spookier with every chapter, while Lucy herself seems to dwindle and regress.

Between bedside conversations, Lucy describes her childhood. Her family was extremely poor—until Lucy was 11, they lived in an isolated garage with no heat or hot water—and she and her siblings grew up hungry, cold, dirty, and ashamed. Eventually, Lucy managed to escape: a college scholarship, a successful husband, two daughters, and a comfortable upper-middle-class life in Greenwich Village should have been enough to set her free. But a series of bafflingly creepy scenes (Lucy can’t talk about the badness and shies away in terror when her narrative threatens to turn dark) make it clear that something far worse than poverty has damaged her soul beyond repair.

What happened, exactly? We never quite find out. Instead of spilling the beans, Strout builds tension through innuendo. This is extremely effective; as the novel progresses, we’re oppressed by confusion and dread. Lucy’s father, apparently traumatized in World War II, goes into “great contortions, the kind that had preceded what as a child I had called—to myself—the Thing” when he meets Lucy’s husband, a blond of German descent. Her mother snaps at bewildered Lucy: “Your father has a lot of trouble with German people. You should have told us….Who in God’s name brought you up?”

In the hospital, Lucy begs her mother to lie down for a while; her mother refuses. “You can always take a catnap sitting up,” she says. “You learn to, when you don’t feel safe.” In one chapter, Lucy flashes back on being locked in a truck, “pounding on the glass of the windows, screaming. I did not think I would die, I don’t think I thought anything, it was just terror, realizing that no one was to come, and watching the sky get darker, and feeling the cold start in.”

It gets worse. One time she was locked in with a snake. “The truck?” her mother says, when Lucy dares to mention it in the hospital. “I don’t know anything about a truck.”

The snake might be a metaphor. Her father might be mad. Her mother might be a victim, or a perpetrator, or both. Her brother, the one who grows up to sleep beside animals destined for slaughter, might be gay. One dreadful day, Lucy remembers, “my father was driving our truck along the main street in town and he was screaming at my brother, who was walking down the street in a pair of big high heels…and a bra over his T-shirt, and a string of fake pearls, and his face was streaming with tears.”

Lucy grows up to be a writer, successful enough to publish and even to earn real money, though getting her story down doesn’t seem to bring peace or even catharsis. We learn nothing about the books themselves, save that they treat, in some fashion, Lucy’s childhood of poverty and abuse. We don’t even find out their titles.

Strout hasn’t written a ghoulish kind of domestic thriller; there’s no big reveal at the end. What she has written, instead, is a gorgeous, upsetting portrait of a terrorized child, for whom even happy moments are fraught with guilt, anxious watchfulness, and fear:

There were candied apples for sale, and I wanted one desperately. I had never had a candied apple. My father bought one for me. It was an astonishing thing for him to have done that. And I remember that I couldn’t eat the apple, I couldn’t get my small teeth into the red crust, and I felt desolation, and he took it from me and he ate it, but his brow became furrowed, and I felt that I had caused him worry….I remember watching only my father’s face, so high above me, and I saw his lips become reddish with the candied apple that he ate because he had to. In my memory I love him for this, since he did not yell at me, or make me feel bad for not being able to eat the apple, but took it from me, and ate it himself, even with no pleasure.

The final chapters of this unpleasant but formidable novel are unfortunately jumbled and repetitive. Strout, whose other novels resolved gracefully and who managed, in Olive Kitteridge, to end every story on a thrilling, transcendent note, seems not quite to have known how to wrap this one up. The ending she settles on feels like a bit of a reach. On the last page, Lucy remembers “the way the sun would set on the farmland around our small house in the autumn…the sky in front becoming pink and soft, then slightly blue again, as though it could not stop going on in its beauty…the quiet fields of cover crops already turned, and the sky lingering, lingering, then finally dark.” Over the course of the novel, we’ve seen Lucy mistrust her own memory, and so we, too, have learned to doubt. “All life amazes me,” she says. But there’s a decent chance these lovely twilit moments never happened the way she recalls and that this final sentiment is her final dodge. 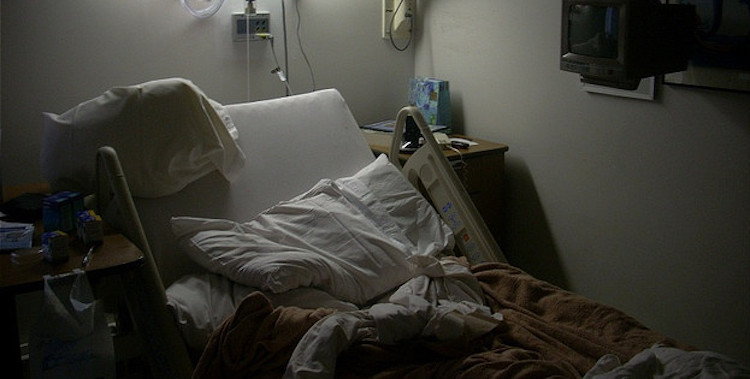