How hard is it to be a mother in America today? In her new book, Screaming on the Inside, the New York Times parenting columnist Jessica Grose acknowledges that some things are easier than they used to be—thanks to “antibiotics, motor vehicles, and indoor plumbing.” But everything else is harder because of the “amount of information we get about what we’re supposed to be doing, and how high the stakes are made to seem about every minor decision.”

Decisions about how much to work when children are young, whether to breastfeed, how to train your kids to sleep, what to feed them, where to send them to school, and whether to help with homework have been the subject of endless mommy wars. And Grose claims she would like to call a truce. “There is no sense of scale or context on the Internet,” she writes. And while most parents get at least some of their parenting information from online sources, what the “evidence on most topics shows is that there isn’t one way to be a good parent.” Indeed, she explains that in all her time writing for various mommy blogs, she “never wanted parents to feel bad about themselves” after reading her work. She “wanted them to feel capable and heard.”

So we should all be a little less judgmental. Except, of course, when we shouldn’t be. For instance, she writes, “anti-vaccine and anti-mask information spread like wildfire on social media during the pandemic and some of health misinformation’s major superspreaders were moms.” So this means, presumably, that all the people who said masking children in schools was not only doing nothing to stop Covid but was also actively harming children’s ability to learn are worthy of our scorn. Not to mention all the folks who said that vaccinating seven-year-olds was a complete waste of time, especially given the astoundingly low risks of Covid itself to these children.

Grose notes that “if the bar for ‘good mother’ was that your children felt safe and loved, it would be a much less stressful and soul-crushing proposition than our current American standards.” But here’s the thing: It’s exactly people like Jessica Grose who get to decide whether our children should be deemed loved or safe. And such decisions are hardly restricted to Covid protocols. If she found out that parents of her children’s friends had guns in their homes, that too would likely lead to a determination that those kids are less safe (and probably less loved) by her standards. Or what of the mothers who choose to send their children to schools with little diversity or who tell their kids to stop eating candy or they’ll get fat? Screaming on the Inside is filled with anecdotes about the harms of using the Internet for “body-shaming” (by photoshopping or posting pictures of women who are unreasonably thin) or how various sites don’t have enough racial diversity and make mothers who are not white feel unrepresented.

Certain kinds of judgment are just fine. They just have to be the right ones.

Grose got a new job right before she found out she was pregnant, and then she had debilitating morning sickness, which made her quit her job because she had not yet accumulated paid leave. After she had her first child, she applied for other jobs but did not receive “any reasonable offers.” She concludes: “I could only guess that my medical mishap—or possibly being a mom in general—was to blame.”

Perhaps, or perhaps there are other reasons Grose wasn’t hired. She doesn’t know, and neither do we. The good news is that then she was hired—by someone in charge of a small start-up who didn’t flinch when she told him in the interview that she planned to have another child. The job offered a good salary and enormous flexibility and the option to work from home. But apparently there were still problems. She was getting cc’d on emails that the CEO wasn’t responding to—even though she wasn’t in charge of the business side of the operation. She had to nudge the CEO to respond and smooth over communications with other members of the staff. All of this is “emotional labor,” a kind of work women have to do more than men. And it wasn’t fair. And so she quit that job, too.

In the same way that men are not doing enough of the work at work, in Grose’s estimation, they are also not doing enough of the work at home. And while Grose does not say that men and women need to split all the child care and housework exactly down the middle, she does believe that if men would pick up the slack already, women wouldn’t have it so hard.

And the government needs to do more, too. If there were a drinking game for books about motherhood—and I’m beginning to think there should be—you would have to do a shot every time they mentioned a Scandinavian country. Here’s one of Grose’s: “A study of three thousand women from Norway which has universal health care and paid sick leave showed three-quarters of women had taken at least one week of sick leave during their pregnancies…half of women needed between four and 16 full weeks away from work. This is what should be standard for American mothers.”

Like so many others writing on this topic, Grose is convinced that American mothers would be happier and more satisfied if the government guaranteed more money and benefits for mothers. But given that Grose thinks companies are already choosing not to hire young women because they may take a leave, how much worse would the problem be if the government told them they could take off as much as a year? This is one reason women in Scandinavian countries don’t tend to rise as high in the corporate ranks as American women do.

And yes, even though many of these countries have also offered paid paternity leave, the truth is that not as many men take advantage of these programs as women do. And according to more recent interesting research, those who do often have fewer children. In other words, spending months at home with an infant doesn’t exactly make fathers want to do it again. (The same was not true for mothers, needless to say.)

And what of all the free and heavily subsidized government-run day care in these European countries? Wouldn’t American mothers benefit from such a system? Why do families have to spend so much of their income on finding someone to watch their kids? It is an irony apparently lost on Jessica Grose that, in a book where she spends page after page lamenting how parents suffered when schools were closed as the result of Covid lockdowns, she places so much faith in the government’s being available to watch her kids so she can work. Over and over, we hear about how women had to leave the workforce temporarily or even permanently to care for young children at home, and how, for a year or even two, they had to supervise Zoom school and put their career on hold. But yes, by all means, you should assume that we could develop a competent and capable universal child-care system that would put the needs of working mothers above, say, the whims of teachers’ unions.

The subtitle of Grose’s book is “The Unsustainability of American Motherhood.” She claims that “we have never been more exhausted than we are now.” But the old adage about how things that are unsustainable will not continue is true here, too. Mothers who find that their own individual arrangements are not working will have to change them. They will either find a different job, find other child-care arrangements, move to a more affordable home or town, get other people in their lives to pitch in more, or apply for government aid. Whether mothers will become happier or more satisfied with their lives is another story.

And this is where Grose is truly naive about the underlying causes of the stress she describes so vividly. It is true, as she says, that women feel as if they are being asked by society to live up to unrealistic expectations when it comes to the amount of time they spend with their children, their ability to excel at their jobs, and even their ability to look and dress as if they have it all under control.

But the cause of this stress isn’t judgmental people on the Internet. Even if every Substack author or podcaster or women’s-magazine columnist offered a totally neutral, nonjudgmental description of motherhood, those lives would still be stressful. Why? Because having an infinite number of choices about how to lead our lives and divide our time is stressful. It can even be paralyzing. Am I missing out on some important opportunity at work when I decide to leave the office early to be with my kids? Are my kids missing out on something when I am not there to help them with their homework or monitor their behavior or navigate social dilemmas with their friends? Am I giving my best to my employer or my spouse when I am constantly angry or sad? Should I take more hours to exercise to maintain my health? Would it be better if we all had dinner together more often?

It is not just guilt driving these feelings, as Grose seems to suggest. Nor is fixing this problem merely a matter of “listening to your own values.” The answers to these questions are not obvious. Nor can they be settled. Every day, every month, every year, women have to make small and large choices about how they are going to structure their lives. We have more freedom than our grandmothers and great-grandmothers. But because of their political commitments to the endless bounty of women’s liberation, Jessica Grose and her ilk will never acknowledge that freedom is a mixed blessing—and that no amount of government aid or positive Internet content will change that. 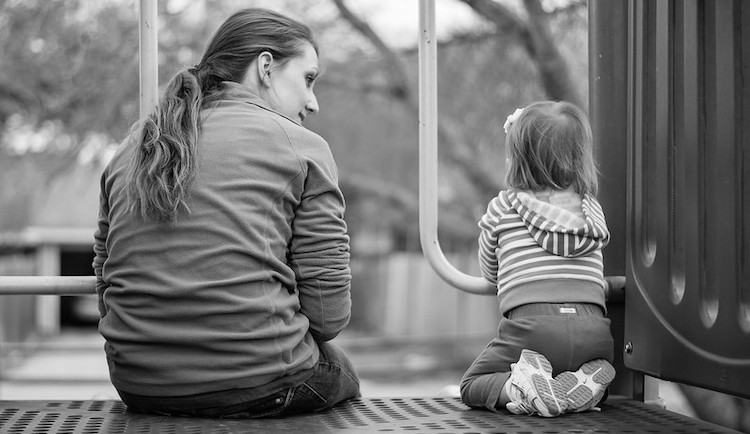