When my son was nine, he played tennis twice a week, Sunday evenings for an hour, at a facility that set up matches among the kids. One day, we got an email announcing that they had changed the format of the matches and that kids (the oldest of whom was 12) would now play one match that could begin any time from 6:30 to 9:30 p.m.—they couldn’t let us know in advance—and could last anywhere from half an hour to 90 minutes. When I objected, saying that this would prevent us from eating dinner together and would keep my son out late—all for the same amount of playing time—I was told that “this new format is part of a new ranking system. And the new ranking system is what colleges look at.” When I remarked upon the oddity of upending a fourth-grader’s schedule for the sake of some hypothetical college prospects, the manager was taken aback. From what I could tell, I was the only parent who objected.

So I feel the libertarian thinker Matt Feeney’s pain. His new book, Little Platoons: A Defense of Family in a Competitive Age, describes how American families are beset by cultural demands from all sides regarding how to raise their children and that college admissions in particular has reached its grubby hands into almost every aspect of family life, from preschool admissions to making children’s sports ridiculously demanding (no matter how athletically inclined your child may be) to even basic moral formation.

The fact that society has certain expectations for how kids are brought up is not new. But these demands, Feeney argues, are at odds with the priorities of many American parents—including Feeney and his wife, who are raising three children in the Bay Area. “As we indulge the competitive fear that lives and grows in our parenting world, the anxious feedback loop that families unwittingly generate together, the inhuman instrumental rules that govern the outside world are colonizing the inner lives of family too, changing our very conception of what the inner purposes of family life are,” Feeney writes.

He visits sports tournaments and finds that the problem is not obnoxious hockey dads who are berating their children. Rather, he finds plenty of parents who are “fully concerned about the toll that year-round soccer was taking on their sons, teenage boys who had either suffered injuries or shown early signs of burnout, or both.” One mother said her son told her, “I don’t know if I can keep doing this.” The boy “was just coming back from an Achilles injury,” Feeney reports. “He was tired. He was a serious student with excellent academic prospects who got inadequate sleep and had very little free time. And she was fully willing to let him quit, if that’s what he wanted. But they’d made this commitment years ago, and he had some college coaches interested in him, and deep down, he still loved playing, and so he decided to keep going.”

Feeney describes mothers and fathers who care deeply about their children and are skeptical that this competition frenzy will bring them either success or happiness. But they also can’t seem to find the will to get off the hamster wheel. Even the folks who run the leagues and care about the kids worry that they will lose participants if they don’t offer year-round practice. No one wants to engage in “unilateral disarmament.”

While it’s easy to make fun of parents for pouring their time and resources into training for obscure sports with the hope of a big scholarship on the other end, Feeney notes that they are responding to real incentives. Such things really can change college-admissions prospects. This high-stakes game is going on all around upper-middle-class parents—how can they not play?

But Feeney is done with it: “The idea that this great competition into which my wife apparently birthed our children requires us to submit the inner workings of our family to the needs of an alien, amoral, technocratic, utilitarian system of achievement kind of pisses me off.”

Rather than mock the excesses of parents who spend obscenely to ensure that their children are keeping up, Feeney sympathizes. He is proud that he and his wife have forgone big birthdays in favor of small backyard gatherings with mostly family, but he also wonders whether the former are “rooted not in squishy parents indulging bratty kids but in socially sensitive adults operating in a web of tacit obligations.” He understands their desire not to be ostracized.

Feeney himself has fallen for some of these impulses, too—particularly the desire to give kids more access to technology. He recalls initially marveling at “all the educational ‘content’ my kids could ‘access’ on the ingenious ‘tablet.’” Though he himself “thought there was something decadent in the image of a little kid jabbing at a parent’s iPhone,” he determined that the tablet “replaced the suggestion of parental laziness with a feeling of wholesomeness and fitness.” No longer, and it wasn’t any particular study of the harms of screen time that pushes Feeney to a different view. Rather, he writes, “it is this, our willingness to be convinced of digital technology’s promise, and then resigned before its influence and omnipresence, the simple scale of its claim over our lives, that I want to keep challenging and questioning in my own life.” He reminds parents that just as they have invited these devices into their home, they can also get rid of them whenever they want.

And so his eighth-grader has no phone. But more than that, his kids don’t have tutors or take music lessons or do competitive sports. He and his wife are worried that “competition [has] become… a self-fueling cycle, competition for its own sake, and it consumes more value than it generates.” And it’s a cycle that affects not only children but entire families. Volunteering opportunities for parents at school are not really voluntary anymore. Sports teams require a “family commitment.” The demands are all-encompassing. Every activity involving kids promises to “develop” them. But isn’t this the role of their parents?

FEENEY’S critique reaches a devastating apex with his thoughts on the college-admissions process itself. As elite colleges have moved away from objective measures of a student’s ability—with many acknowledging that they reject thousands of applicants who would thrive at their school as much as the kids they admit—their administrators like to paint themselves as do-gooders trying to improve their schools with students who will change the world. He quotes from a 2016 report signed by 85 of the most influential people in the admissions world, noting that the college-admissions process is “powerfully positioned… to help young people become more generous and humane.”

Anyone who has watched the college-admissions process knows that the truth is just about the opposite. And the more subjective the measures, the more far-reaching the problem. Instead of just asking kids to score highly on tests and pad a résumé with a bunch of clubs, Feeney describes “the greater focus on college essays as soul portals and moral tests.” Admissions deans are “taking the vague unease with their selection tools as license to extend the reach of those tools, to deepen both the psychological interest in and the moral claims their process makes upon suggestible teenage selves, the subtle concessions and compliance it extracts from them, and the moral demotion it seeks to impose on their parents.”

Feeney and his family are now living a countercultural life, even when it comes to the conservative thinking with which he is mostly aligned. He frets that other conservatives are too devoted to the idea of competition in the free market to recognize the strains on individual families it creates. He argues that conservative invocations of “family values” fall flat if they don’t take the full measure of the way in which the 21st-century embrace of competitive passions among our youth violates them.

But Feeney doesn’t actually cite examples of the conservatives who are guilty of this “competition” worship. Indeed, I’m not sure who uses the phrase “family values” any longer, so this complaint has a dated quality to it that serves as a sharp contrast to the immediacy of his accurate portrait in Little Platoons of the new social norms. Even the vanishing number of conservatives devoted to the free market would not suggest that the economic system should govern your family’s life. If parents want their children to compete for slots at Ivy League schools, they should go for it. But most conservatives would argue that your family should be guided by principles other than simply finding the best route to get your child a job at JP Morgan.

Which is not to say it is easy to resist those pressures. Some institutions have traditionally served as a bulwark against them. Churches and synagogues have often provided families with a set of guiding principles and a community of the like-minded to keep people from falling into this trap. Indeed, more traditional religious communities are just about the only environments these days where people question the value (and values) of elite universities (they often prefer lesser-known, more-conservative alternatives), the intense focus on high-level athletics for kids (they often have too many to afford such training, and their religious commitments take priority in any case), and the desirability of technology in the hands of kids.

Feeney does not live in one of these communities, and his fine book would have benefited from some research on the families who have banded together against cultural pressures. Feeney is not the first to recognize that our little platoons depend on reinforcements. But his call to arms is very welcome. 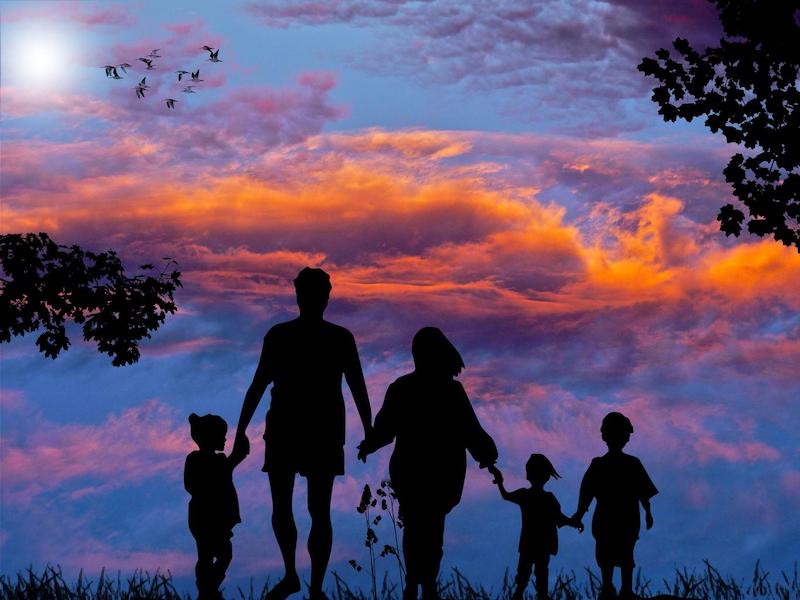