At an open house I attended last fall for an all-boys school in a New York suburb, the headmaster told the assembled audience: “Here, we know how to educate boys.” The school—which requires students to wear coats and ties, offers a double period of PE every day as well as an optional early-morning Latin class—is a throwback to an era when such institutions were expected to turn all kinds of boys into a certain kind of men.

Michael Reichert does not miss this kind of institution or the traditional way of raising boys it represents. In his new book How to Raise a Boy, Reichert writes that “there is a real opportunity to get boyhood right—perhaps for the first time.” If we “listen” to boys, he writes, they will “point the way to a more supportive, healthier, and more human boyhood.”

It seems just a little presumptuous to suggest that we have raised half of people wrong for all of human history and that only now are we enlightened enough to fix it—even for the founding director of something called the Center for the Study of Boys’ and Girls’ Lives at the University of Pennsylvania.

Reichert is correct that something is going wrong with American boys today. What are the symptoms of today’s unhealthy, inhuman boyhood? In the worlds of both work and education, boys are falling behind. They make up a shrinking proportion of college graduates. According to recent numbers from the Bureau of Labor Statistics, “nearly 36 percent of women born in the years 1980–84 had earned a bachelor’s degree by age 31, compared with 28 percent of men.” And things look even more bleak for men in the workforce. According to research by scholars such as Nicholas Eberstadt, the employment ratio is worse today than it was at the tail end of the Great Depression, with more than 7 million able-bodied men now sitting around playing video games instead of doing anything productive.

Reichert’s list of symptoms looks different. He writes: “In addition to compulsive risk taking, inattention, and conduct problems, boys lag behind girls in the social and behavioral skills that facilitate success in schools…. Boys are far more likely than girls to act in ways that increase the risk of disease, injury, and death to themselves and others: They carry weapons more often, engage in physical fights more often, wear seat belts less often, drive drunk more frequently, have more unprotected sex, and use alcohol or drugs more often before sex.”

Will it surprise readers to find that boys are more likely to get into fights or carry weapons? Are we to take it as a sign of a contemporary crisis that they are more likely to risk injury? These are the observations of a man who attributes the characteristics of boys to nurture rather than nature. Reichert cites a Stanford psychologist who explains: “What is often perceived and described as natural to boys is in fact not a manifestation of their nature but an adaptation to cultures that require boys to be emotionally stoic, aggressive, and competitive if they are to be perceived and accepted as ‘real boys.’”

So, for instance, Reichert blames a decision by the Federal Communications Commission to “ease advertising regulations in 1984” for an “uptick in play fighting.” He writes: “Following the change, there was a flood of advertising targeted at boys, built around special products such as a pumped-up G.I. Joe and images of violence that help make the sale.” Reichert cites research suggesting that the more boys see violence, the more violent they become.

The first step to changing boys, he advises, is to stop being so judgmental. We need to do a lot of listening. Reichert describes the time that he spends with one boy at the request of the young man’s mother: “There were many times when his behavior might have earned a reprimand.” But Reichert didn’t bother because he “did not need to teach him how to behave but rather support him while he struggled to regulate himself.”

You don’t know what it’s like to be a boy these days, Reichert tells readers in a tone rather like that of a whiny teenager who wants his parents to get off his back: “Often we think that advice—‘What I did at your age…’ —is the best way for boys to improve their own judgement, without being realistic about how different the times and challenges are.”

Boys need to be hugged and supported. We need to encourage them to share their emotions and let them cry more often, says Reichert. But while this expert suggests that boys are becoming tougher, more stoic, and even more violent, the evidence suggests otherwise.

For example, violent crime in America has plummeted in recent decades. Reichert describes instances of schoolyard brawls and other kinds of hazing among boys. But bullying has gone down, too. According to a report from the National Center for Education Statistics, 21 percent of students ages 12 to 18 reported being bullied in the school year 2014–15. That’s down from a rate of 32 percent in 2007. Even those numbers, if they were broken down, would probably reveal that the exposure to violent incidents and the threats of bodily harm are limited to a small subset of the boy population. And it’s not in middle-class suburbs where pointing a finger at a girl will get you suspended.

Reichert interviews a wide crosssection of boys in his work, but it is hard to take seriously the idea that a “talented tennis player, at the height of fierce college recruiting…heartsick by how his mother became more interested in his success on the court than how he was feeling” is suffering from the same crisis as a boy trying to start a fight with a rival gang member inside of a courthouse with a pair of nunchakus he had tucked into his pants.

But if Reichert were to acknowledge that there is a much more extreme problem happening among less advantaged boys and particularly among racial minorities in our inner cities, he would probably have to explain why that is—and that would surely discomfit him.

According to the 2018 Current Population Survey, 44 percent of black children live only with their mother. The share of children living without a father is only 12 percent among white children. Bizarrely, Reichert insists that fathers don’t matter that much. He writes: “There is no evidence that only another man can support a boy to become a man himself. In fact, such mentoring most often ensures the perpetuation of traditional ideas.” Taken literally, the first sentence is true, if Reichert simply means that it is technically possible for a fatherless child to become a (decent) man himself. But there are reams of evidence that boys with fathers in their home are less likely to be incarcerated, more likely to finish high school, less likely to use drugs, and so on.

Moreover, the idea that having a father as a mentor is potentially dangerous because it supports the “perpetuation of traditional ideas” is dangerous in and of itself. It sends the message to mothers that the presence of a father really is optional and, frankly, women could probably do this job better themselves. All they need to do is talk to their sons, listen to their sons, and be less judgmental.

Even when confronted with evidence that boys from the same neighborhoods do worse than their sisters in school and were more likely to be caught up in the juvenile justice system, Reichert suggests that bad neighborhoods affect boys more adversely than girls. It is the “social stresses of racism and poverty” as well as “the cultural norms of masculinity” that are the problem.

In particular, he doesn’t like the way that cultural norms instruct boys in how to treat girls. Reichert singles out one boy, Will, who spoke to other students at his school about the great relationship he had with his girlfriend, Annie. Reichert takes it as a sign of the health of their relationship that “Will showed few signs of chivalry or of believing he needed to protect his ‘weaker partner.’” Heaven forbid.

Exactly what this new vision of manhood about which Reichart is preaching should look like seems to evade even him. He mentions a well-known incident in Portland in 2017 during which a man attacked two young women of color on a commuter train. Three men stood up to protect the women, and two were killed. “On the surface, these three men—a poet, a college graduate, and a career serviceman—were very different from one another, but they drew from the same well for how they thought about being male,” Reichert writes. “Each had taken to heart a commitment to the virtues of courage, empathy, and service to others.”

Reichert doesn’t speculate whether these three men would have stood up if other men were being attacked, but perhaps we shouldn’t discount the possibility that chivalry was one of the other virtues that they took to heart. If they had been raised according to Reichert’s advice, they probably would have cowered in a corner—crying. 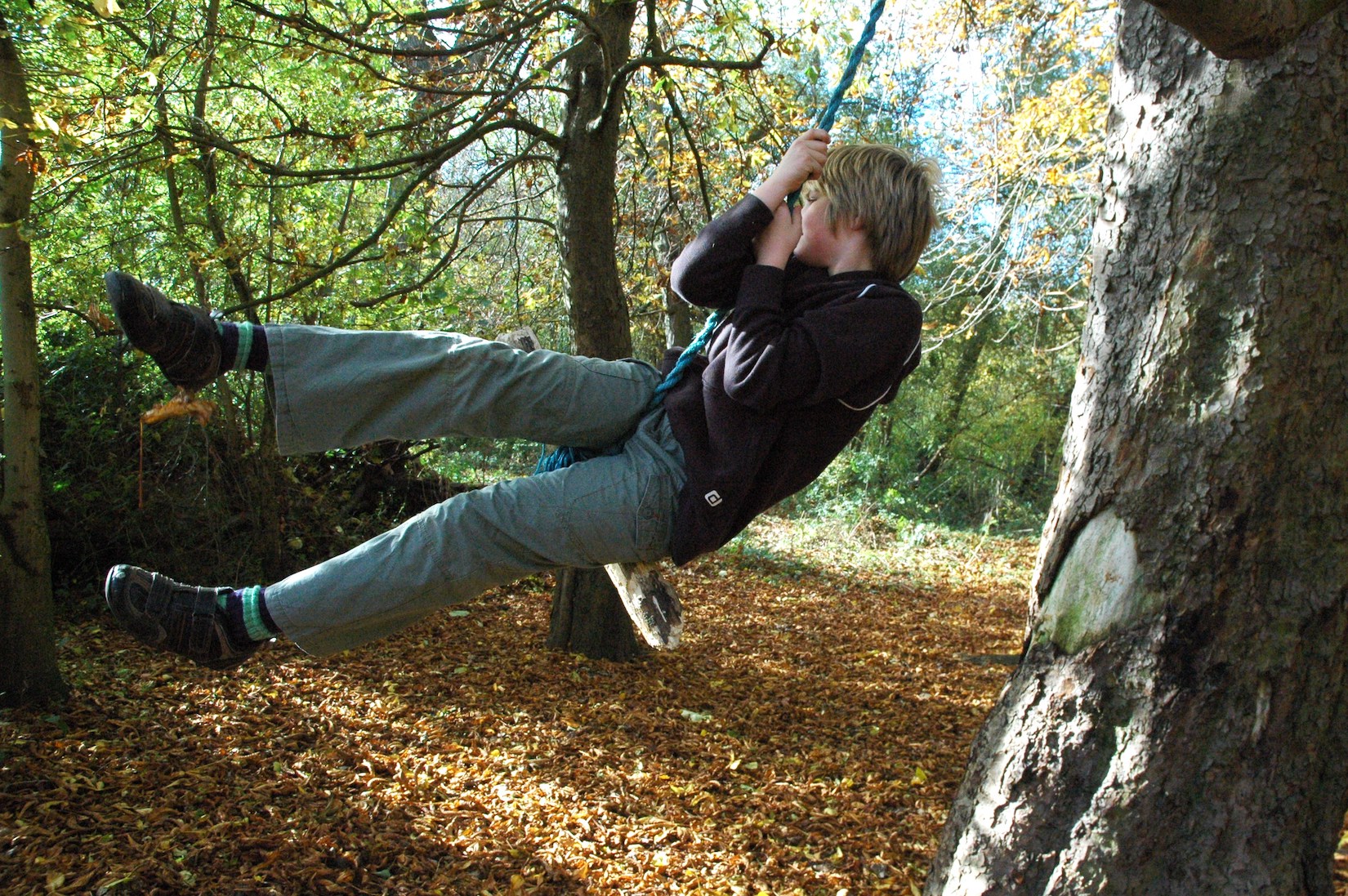