Of all the distressing moments in Invisible Child, Andrea Elliott’s book about Dasani Coates, the oldest of eight children growing up in a homeless shelter in New York City, this is the most heartbreaking. Having finally escaped her chaotic background and now safely ensconced at the Hershey School (a boarding school for underprivileged kids), Dasani blames herself for the fact that her younger siblings were sent to foster care after she left home.

To state the obvious, this was not Dasani’s fault. She had essentially been raising her younger siblings. They included one younger sister whom her mother Chanel had had with Dasani’s father, and six other children born to her mother and her stepfather, Supreme. When she was with her family, Dasani was in charge of feeding the baby, bringing the younger children to school and appointments, and cleaning their space at the shelter, among many other responsibilities. She had, in the words of experts, become “parentified.” And so she felt guilty for the fact that in her absence her family fell apart.

Dasani’s story first came to light in 2012 when Elliott, a reporter at the New York Times, wrote about her and her family—and, in particular, the deplorable conditions at the homeless shelter where they were living in Brooklyn. In addition to vermin and mold and the fact that 10 people were living in a single room, sexual assaults were taking place in the restrooms. To avoid the danger, the children urinated in a bucket during the night. Using video cameras she gave to the family, Elliott was able to get a view into a shelter that barred outsiders from entering.

Readers of these stories and the politicians who represented those readers were outraged and vowed change. Then Mayor-elect Bill de Blasio promised to “get to work on this right away.” And Letitia James, who was then the city’s public advocate and is now the state’s attorney general, said that Dasani “put the face of poverty… on the front page of the New York Times.”

But whether Dasani is a face of poverty or a representative of something else is a question that should occur to any reader of Invisible Child. Elliott has a habit of describing certain problems, like the shelter conditions, in lurid detail—“the mice used to terrorize Dasani, leaving pellets and bite marks.” But when it comes to, say, the violence that takes place between Dasani’s mother and stepfather, she uses language that is far more abstracted: “His anger would rise untilit burst like thunder.… Over time, he lost all decorum, fighting back as if Chanel were a man. They went blind in such moments. Their words flew, their bodies crashed. Dasani learned to hustle the children into a corner.”

Elliott says she wanted to write a book that was focused on the children, but after she describes these incidents of domestic violence, we don’t hear Dasani’s reaction. Instead, Elliott describes how investigators from the Administration of Children’s Services show up looking for signs of abuse or neglect of the kids. And we are told that the stepfather, Supreme, is traumatized: “As he stood there in the lobby [of ACS], the memory came rushing back. He was nine years old. His sister had just died. His parents were under investigation and he was about to be separated from his three brothers.”

It is, of course, important to note that such violence is often repeated in one generation after the next. But rather than observing how another generation of children is being scarred by the behavior of their parents, Elliott instead portrays them as being scarred by child-protection agencies.

Similarly, Elliott suggests throughout the book that Chanel and Supreme and their children are trapped in present-day poverty because of the past. She ascribes the difficult conditions under which many black families in this country live today to discrimination experienced in previous generations. That may be true, but it’s not sufficient, and it is disappointing to see how a reporter with deep wells of curiosity and striking powers of observation defaults to a copy-and-paste approach to so many policy questions.

Because of the informal lending restrictions known as “redlining,” among other things, “white American families would eventually amass a median net worth nearly ten times that of black families,” Elliott writes. “Put another way, the exclusion of African-Americans from real estate—not to mention college, white-collar jobs, and the ability to vote—laid the foundation of a lasting poverty that Dasani would inherit.”

Which is why it’s so jarring to find out 50 pages later that Dasani’s mother inherited $49,000 when her own mother died. Did that change the life of Dasani’s family? For a brief moment, it seems. They moved out of the homeless shelter system and into subsidized housing. But then things quickly spiraled out of control. And as a careful reader will learn again and again in Invisible Child, poverty is not the root of the problems in Dasani’s family—and simply giving them money is no solution.

Elliott acknowledges this—sort of. She notes that “money could only be useful if they knew how to spend it. To think that it would bring salvation was like asking a set of keys to drive a car.” But in that case, why does Elliott spend so much time dwelling on income inequality, on the black-white wealth gap, on how Michael Bloomberg (who was mayor when she published the articles from which this book has sprung) has too much money and spent his private wealth on renovating Gracie Mansion while Chanel always seems to be down to her last dime?

Elliott also suggests that the family’s problems with the city’s children’s services also stem from poverty. “Of 54,302 investigations opened by the agency in 2015, the vast majority—72 percent—involve allegations of neglect, which is strongly correlated to poverty. The parent has failed to provide adequate shelter, or to properly dress, feed and get the children to school, or has turned to drugs or alcohol—a common form of self-medication in a world of untreated traumas.”

The problem with this list is that it reverses cause and effect. Turning to drugs and alcohol—as a form of self-medication or anything else—is often the reason that parents are failing to dress or feed or shelter or educate or even get medical care for their children.

The public assistance programs long in place in this country (and in New York City) are substantial enough to prove that children do not lack basic necessities because of poverty. They are lacking because their parents lack the wherewithal to ask for help. In many cases, the parents don’t realize they need help. It is the nation’s continuing drug-abuse crisis—not poverty—that is driving child welfare cases.

Treating addiction is actually much more difficult than treating poverty. It is worth noting how many chances Chanel and Supreme get at the former. They enter at least a dozen different treatment programs—both residential and outpatient—and they seem to have no trouble getting into them. But no sooner do they get clean when something goes wrong and they return to using.

Elliott shows us, almost inadvertently, that poverty needn’t be a permanent state. Dasani’s grandmother Joanie escaped it. After a troubled childhood and young adulthood, marked by crime and drugs and a failure to care for the children she was raising, Elliott reports, “Chanel’s mother got clean. It happened so fast that people spoke of it as a miracle.” She stopped using and entered a work-training program in 2000. When she was hired as a janitor in the subway system, she told her daughter, “This is the happiest day of my life.”

As hard as the work was—and Elliott describes the ways her supervisors didn’t give her enough days off when her body began to fail her—Joanie used her salary to help out her grandchildren when she could. And she died with almost $300,000 to her name—which is where Chanel got her inheritance. For all of Elliott’s criticisms of the heartless welfare reforms of the 1990s and the welfare-to-work programs pioneered by Rudy Giuliani and Mike Bloomberg, it turns out that if you’re not on drugs, they can be pretty successful.

And Elliott also reveals, maybe in spite of her intentions, why welfare reform was necessary and how previous policies actually created intergenerational poverty. After returning from World War II service, Dasani’s great-grandfather June did not make enough money in his various menial jobs to support his large family. His wife applied for welfare, but “this meant that June would have to leave home, he told his boss, because the government denied public aid to families with ‘a man in the house.’” This is a perfect example of how government policy led to family dissolution, not merely family dysfunction, and made it harder for families to get by.

Elliott’s list of the culprits in Dasani’s story, though, doesn’t have room for things like family dissolution. Dasani’s mother and stepfather are married, but her father is largely absent, and almost every other relative comes from a broken family. Meanwhile, Elliott oddly includes targets such as charter schools, which she says “can feel like the opposite of choice” for families because they are “known to exclude children with learning disabilities or behavioral challenges.” She notes that if a branch of Success Academies, the city’s most effective charter-school network, was to be housed in part at Dasani’s school, its students would “enter through different doors, eat their meals apart and wear nicer uniforms.” Elliott cites flyers warning about the coming “apartheid.” Never mind that Success is serving the kids just like Dasani in the neighborhood—and it is one of the only educational institutions in poor neighborhoods preparing kids for college and careers.

In fact, one might speculate what could have happened had Dasani had the kind of parents who would have entered her in the lottery for entry to Success. The vast majority of those parents are poor, too, but they want a better life for their children, and they are sober enough to plan for it. Chanel likes to talk about how she wants that for Dasani and supports her when she is admitted to the Hershey School, but she also undermines Dasani’s decision in various ways and by that point—seventh grade—even Elliott admits it may be too late for the girl.

And this, finally, is the takeaway. After more than 500 pages and almost a decade of reporting, Elliott wants us to blame the system for failing Dasani and breaking up her family. But the truth is that Dasani and her siblings probably should have been taken away from their parents a long time ago. One of her brothers is now in prison for murder. Another one has severe psychological problems and has been institutionalized off and on. Dasani left Hershey and eventually lands back with her mother in a shelter after joining a gang.

Meanwhile, her youngest sisters—who have been fostered and adopted by relatives and nonrelatives—are doing the best. Nana, who plans to be a psychology major in college so she can help children, “has come to regard her childhood as dysfunctional,” Elliott writes, and quotes Nana as saying, “unfortunately, I was a kid who had no one to advocate for me.”

Throughout this beautifully observed but ideologically blinkered book, Chanel and Supreme are seen throughout this story literally yelling at caseworkers, judges, police officers, and other authorities for not giving them better housing, more food stamps, more public assistance, or for failing to remove their children from dangerous situations, But Nana is right. They were never advocating for their children. 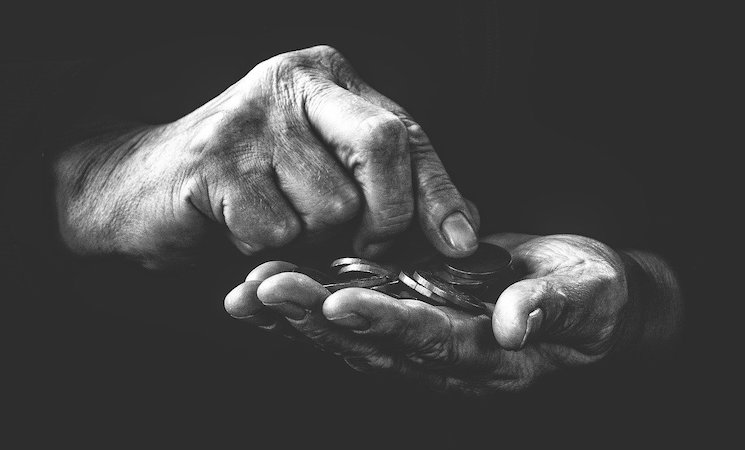